Charlie McDowell’s The Discovery poses simple yet profound existential qualms under its supposedly high-on-concept premise. It ponders over the fact that maybe our existence is not as dead as we sometimes value it to be. Maybe we are here to be connected to other lives with a single invisible strand. Maybe we are here to make small changes to big questions and big changes to the small ones. Though the film spells everything to us as it ends, it gets there with an interesting grip over things and a terrific to terrible loop that springs onto itself to answer and question deeply humane queries about love, loss, guilt, and connection.

‘The Commune’ takes a wrecking spin on the idea of being together. It basically tells us how even being together can break people from the inside, where even smart people need to take a final decision. Though ‘The Commune’ doesn’t really come close to Vinterberg’s The Hunt, it still proves to be a rather charming and thought-provoking feature that focuses on low-key emotional dis-balances which are as important as the big ones.

A delicately knitted hand-bomb of foodgasm, brawlgasm and charactergasm, Lijo Jose Pellissery’s Angamaly Diaries is a hilarious gangster film with colorful and frolic characters and a definite sense of place. Shot inside and outside the small town of Angamaly, the film recounts the life of the various ‘teams’ that form the crux of the pork meat business in the town. Perfectly scripted with electrifying camera-work, the film is a coming-of-age tale about a guy mixed in a case of rage, diverted into the wrong direction.

Though tonally inconsistent and even remotely dry in comparison to Olivier Assayas’s ‘Clouds Of Sils Maria’, ‘Personal Shopper’ is still a pretty unique investigation into a person who understands and doesn’t understand death. Eerily sold as a horror tale of a woman split and confused between the in-betweens, Oliver still manages to bridge a portal between spiritualism and materialism. He also gives time for his main theme of grief to organically evolve on its own, while his aim becomes the process of Maureen understanding her environment, moreover – herself.

There’s a sense of explosiveness that boils up beneath all that’s going on in Shlok Sharma’s Haraamkhor. Like every little secret love affair, the film lies right on the boundary of moral transgression and universal hate. However, Shlok Sharma’s incredible sense of covering the boundaries whilst questioning love, loneliness, and vulnerability evokes subtle greatness that his film boldly puts on its shoulder like a cape made of wretched cloth pieces. Shlok Sharma’s Haraamkhor is a little film with little ambitions. It doesn’t wish to tell you something that you will keep intact in your senses as you drive home. But it wants you to listen to a story that’s being told with great conviction.

Grief has become a recurring theme in many indie films in the recent past. It’s astonishing that these young film-makers still manage to find new ways to portray it. The Levelling is about a father & and daughter who are unable to come to terms with the death of close one. The film is filled with rage and incomparable trauma inflicted by loss under it’s melancholia & silent edges. The Levelling is about not being able to accept ones fate when the universe seems to be playing against you with every second move. Accounting the life of Polish Avant-Grande artist Wladyslaw Strzeminski, Andrzej Waja’s last testament to films was a heartbreaking tale about the freedom of expression. The film follows Strzeminski, a hardcore social realist who was prohibited from making paintings on the grounds of them being entitled as ‘progressive art.’ Featuring the best performance of the year by Bogusław Linda and a story that still somehow haunts us in the contemporary world, Wajda’s last love letter to cinema is an experience bloated in dark red color.

Suntan is about a man who is disappointed with his life. Apart from seeing all his friends race past him and become successful, his life has become a sorry chore. Argyris Papadimitropoulos’s Suntan will burn your skin with darkness. A loaded, unforgiving portrayal of a man destroyed by a single passionate experience. A devastating character study where desire turns to obsession and loneliness beseech into destructive insanity. Featuring a Efthymis Papadimitriou at his best as a paranoid man who loses his sense of understanding to the excess of booze and another chance at youthfulness. 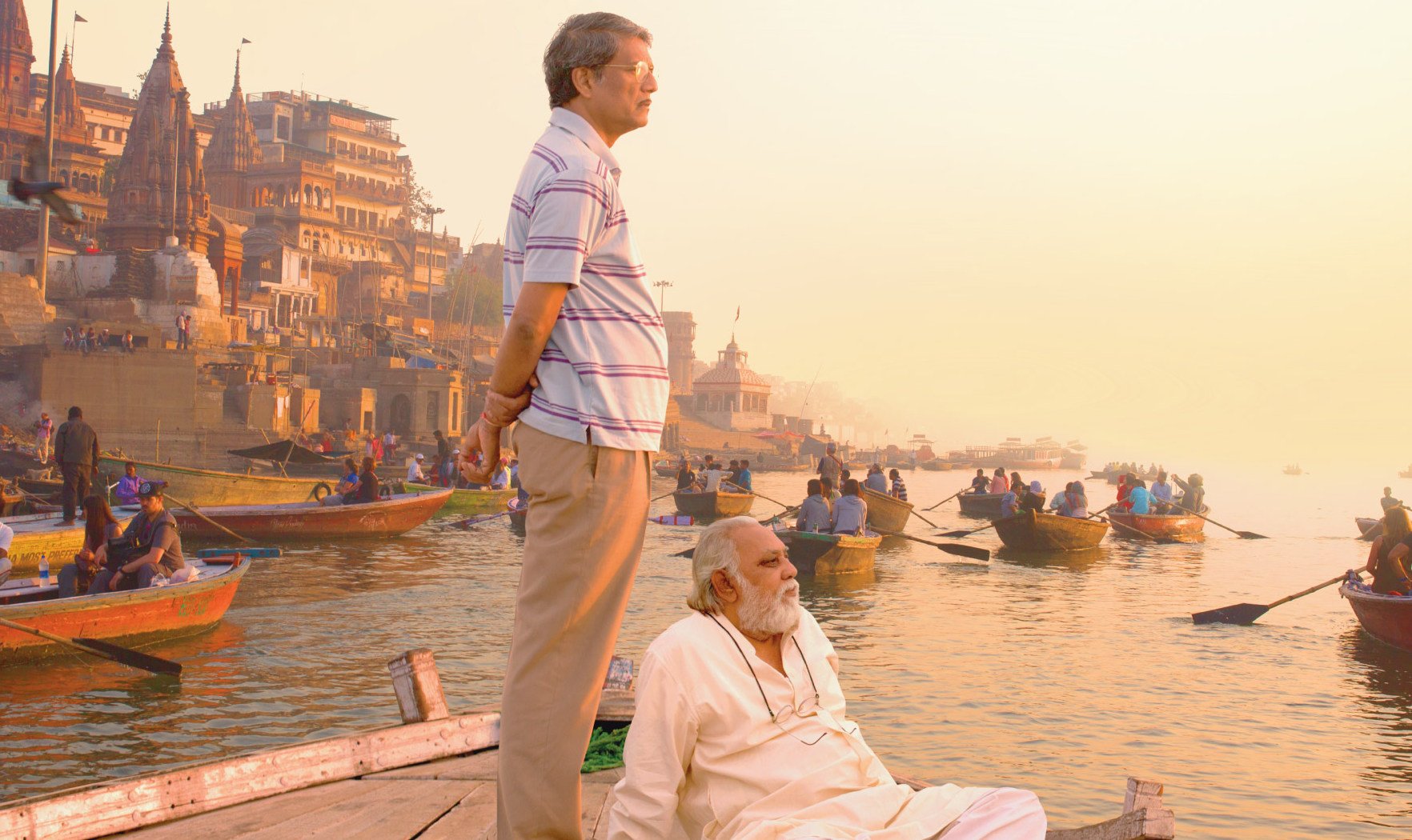 Dying is a process, says one of the characters in Subhashish Bhutiani’s astutely calm and wondrous debut feature film “Mukti Bhawan” (A.KA Hotel Salvation). It’s a beautiful contemplation of death and salvation, living and healing, dying and learning. Whoever lodges into the light of Bhutiani’s film can’t come out without being a more real person that he/she was before. It moves you to an extent where you embrace all the small things that define you or are suppose to define you and celebrate every new entity. Even if it is a loss of something truly yours. Balancing detailed and intimate human drama with sharply observed political delicacy, Rauniyar’s film beautifully encapsulates the post-war scenario in contemporary Nepal. Satirizing the traditions and beliefs where the old are set against the new, “White Sun” observes the dilemma of well-rounded characters and their baggage with each other through death and change. It also observes the guilt, transformations, and freedom that something as stark as war can bring into some people’s life. With a light touch and absurd comic situations, Rauniyar’s film slowly and assuredly becomes an important piece of cinema which gives every viewers an opportunity to look into the world we live in or should know about.