9. Where Is Kyra? | Director: Andrew Dosunmu

Andrew Dosunmu’s “Where Is Kyra?” is an atmospheric chiller of a film about a women’s desperation to make things work in her life. While it could have very easily descended into poverty-porn, Bradford Young’s incredible lensing and a career-best turn by Michelle Pfeiffer ups the stakes in this drama about a woman struggling to make ends meet when her old, loving mother passes away.

You heard the rumor, right? The one which said that Wes Anderson can make an adventure film about loving dogs and forming a middle ground in our language barriers while setting his entire tale in a dirty, disease-filled wasteland? He can also make it look like a kaleidoscope of anti-propaganda wrapped around a political bureaucracy to tame the world. “Isle Of Dogs” is a wonderous film with a big heart.

A daring, amusing dark comedy about the peril nature of teenage rebellion. Cory Finley’s “Thoroughbreds” is an incredibly confident first feature about the absence of empathy and the sudden realizations of the comforts of a posh life. Featuring Olivia Cook as an antisocial psychopath who just can’t feel any kind of feeling, this is one of those films that is both dangerous and delicious at the same time.

“Disobedience” is a complex drama about people who are tired of not being able to live their truths. It’s a compelling, real and occasionally sentimental look into the life of oppression which is beautifully orchestrated by a sensual lesbian love story. Watch it for its realism and not because Rachel Weisz spits into Rachel McAdams mouth as an act of reunited sensuality. 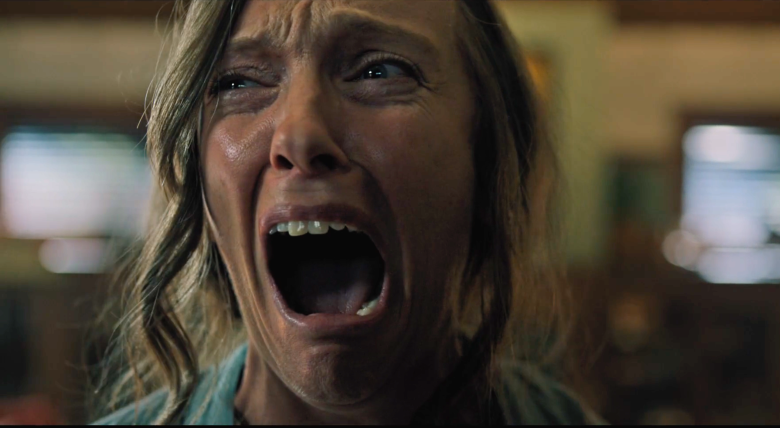 Ari Aster’s astutely well-crafted, unnerving feature debut is a guilt-ball of dread. The kind of dread that doesn’t scare you but completely overpowers your psyche when you find yourself sleeping on the wrong side of the bed or walking past the home corridor while dragging your feet. It’s the kind of scare-machine that twists every possible nerve in your mind to completely reframe your outlook towards the possibility of redemption. In only his first film, Aster has given birth to a dreadful, infecting organism that sits inside you while prevailing evil minute after minute.

Continuing their unbeatable streak of weaving psychological drama with low-budget, high concept sci-fi/horror, the director duo Justin Benson & Aaron Moorhead present a malleable reality where the past, present, and future all exist simultaneously. Taking the cult-return premise to incredibly fascinating science fiction highs, “The Endless” is like a mirage full of goodies that only keeps giving from all its edges.

A dark, unflinching and violent film about the horrors of past-traumas, self-loathing and loneliness. Lynne Ramsay’s “You Were Never Really Here” features a blazing Johnny Greenwood score, an incredibly sad and powerful Joaquin Pheonix performance and a subtle, understated direction by Lynne Ramsay.

Without playing its poignant dysfunctional dismemberment for ripe sympathy, Andrew Heigh’s “Lean On Pete” transcribes a displaced teenager’s journey with beautiful, gentle strokes. Both heartbreaking and humane in its portrayal of isolation, the film gains a new high for coming-of-age stories. While showing the struggles of everyday people Heigh also captures the last essence of hope left in the last drop of sweat. It’s an incredibly powerful film.

Guy Maddin’s reimagination of Alfred Hitchcock’s Vertigo, features him compiling 100 San-Fransico based films in a beguiling 65-minute edit with his The Forbidden Room collaborators. What emerges out of this crazy pastiche of mishmash images is a surreal, indescribable collage that is nothing short of a masterpiece.