Home»News»Alejandro G. Iñárritu Starts Work On His First Film Since ‘The Revenant’
News

Alejandro G. Iñárritu Starts Work On His First Film Since ‘The Revenant’ At long last, Alejandro G. Iñárritu has started production on his new feature film. The filmmaker whose last feature The Revenant (2015) won three Oscars including Best Director, is back in director’s chair after a hiatus of 6-years. The Los Angeles Times reported that the new project has rolled cameras in Iñárritu’s hometown of Mexico City under the working-title “Limbo”.

Although plot details are not being revealed, Iñárritu and his crew were spotted in Mexico City last year performing production tests and scouting locations.  Limbo will apparently be a Spanish-language film and star veteran Mexican actor Daniel Giménez Cacho who has worked with other big names in Mexican cinema, such as Alfonso Cuarón and Guillermo del Toro.  Cacho was last seen in Chicuarotes (2019), directed by Gail Garcia Bernal, which earned him worldwide fame as a lead actor. His other credits include Pedro Almodóvar’s Bad Education (2020), Lucrecia Martel’s Zama (2017) and Apichatpong Weerasethakul’s upcoming “Memoria.”

The Times report on “Limbo” includes the following: “Commanding a huge team, Iñárritu will complete the first week of filming in the Historic Center. Yesterday he was a one-man orchestra in a day with around a hundred extras on Isabel La Católica street. In the sequences that were filmed, Giménez Cacho walks, in apparent confusion, among people lying on the floor.” 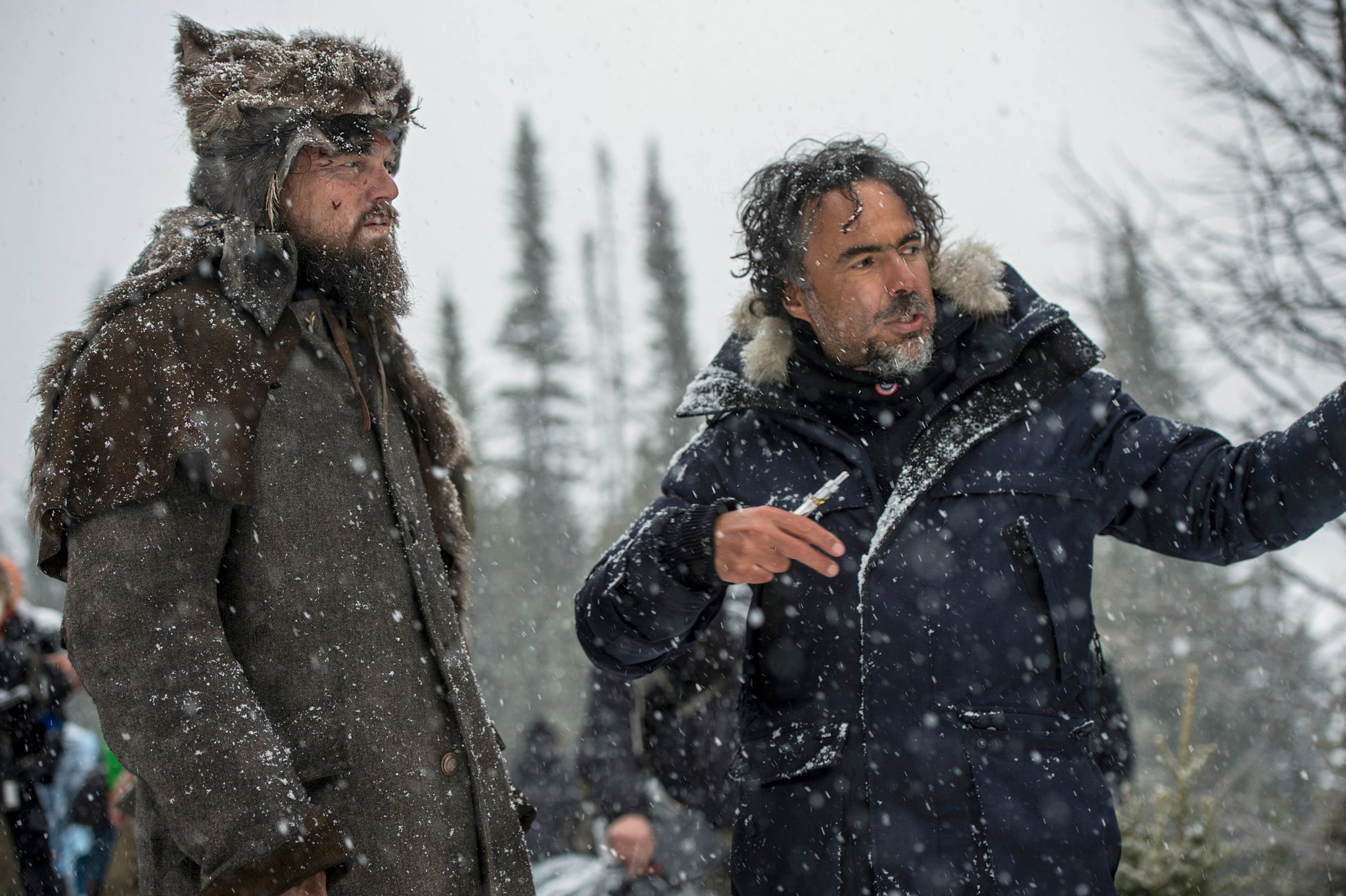 Leonardo DiCaprio and Alejandro G. Inarritu on the sets of The Revenant (2015)

The director, Alejandro G. Iñárritu, wrote the film’s screenplay, which explores “the political and social modernity of Mexico.” While portions of Iñárritu’s Babel (2006) were filmed in Mexico, “Limbo” marks the director’s first movie shot entirely in Mexico City since his 2000 breakthrough directorial feature debut Amores Perros (2000). Production designer Eugenio Caballero, an Oscar winner for Guillermo del Toro’s Pan’s Labyrinth (2006) who also worked on Alfonso Cuaron’s Roma (2018) is also on board for “Limbo.”

In the most exciting bit of craft news, the Times confirms that Iñárritu is working with cinematographer Darius Khondji on the project. Khondji is best known for shooting films such as David Fincher’s Seven (1995), James Gray’s The Immigrant (2013) and The Lost City of Z (2016), and the Safdie Brothers’ Uncut Gems (2019). Iñárritu exclusively worked with Rodrigo Prieto and Emmanuel Lubezki in the past, with Lubezki winning Oscars for Best Cinematography thanks to Iñárritu’s two previous features Birdman (2014) and The Revenant (2015).

While the tentatively-titled “Limbo” is the director’s first movie since “The Revenant,” he did release the virtual reality installation project “Carne y Arena” in the interim. The project won him a special Academy Award.

Joyful Mystery [2021]: 'IFFK' Review - A Moving Romantic Comedy About the Culture of Quarrels