Last month, we initiated a monthly event “Artist of the Month” and our first subject of the event was Steven Spielberg. We asked fellow film buffs on Facebook to write quick reviews for one or more than 1 of the 10 steven spielberg films we picked. Here are the entries: 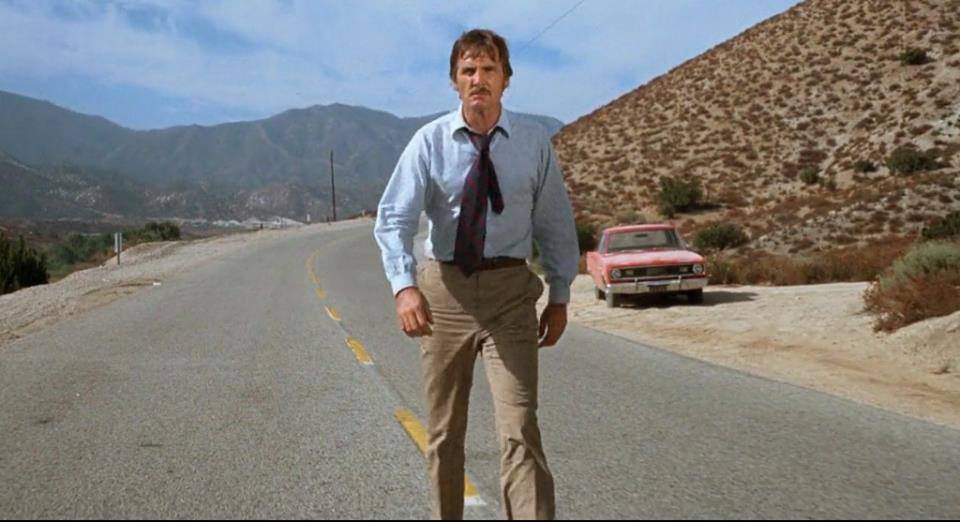 What happens when a deadly white shark turns into an equally lethal rusty, monstrous truck? The answer is simple: this Spielberg directed murderous game of cat and mouse called Duel. Acting like a precursor to Jaws, Duel gives constant hints of a great director in the making. One can’t help but notice the experimenting mode of a young Steven Spielberg with shocks and thrills that he’d flawlessly deliver in the later part of his career with movies like Jaws, Jurassic Park etc. that have been etched in our memories for a lifetime.

Made for TV, Duel is evidently made on a small budget, exactly like those movies that prefer to depend on the director more than anything else. As the name suggests, it features a duel between a business commuter and a big monstrous truck. Yes, the truck is actually the second lead character of the film. The movie opens up with a normal working man driving on a highway , just like most regular mornings, he’s heading to his office meeting. Twist in the tale? He starts getting tailgated by an apparently psychotic truck driver. At first, the game starts with a couple of dirty road pranks of rash driving and notorious overtaking, but it soon starts getting uncontrollable as the psychotic levels of the ‘monstrous truck’ start elevating. Duel is crisp-it has no time for character development and stuff-it gets to the point, and doesn’t give you any comforting relief once the nefarious game of the monstrous truck starts.

Yes of course everyone knows what Jaws is about. No point telling anyone that. Instead let’s talk how Spielberg is different from Lucas and Cameron in spite of giving colossal hits frequently.To put it simply, where Lucas and Cameron are focused on bringing entertainment in largest scale possible, Spielberg tells us the importance of family providing us with entertainment along it.

This film in particular will show Spielberg’s Hitchcockian side. How so? For one he doesn’t show us what is causing the terror until the half of the movie is over, even when he does he just shows us the glimpse of it. He gets that fear of anticipation is the greatest fear of all.

In the scene where Brody (protagonist of the movie) is anxiously watching over the people on the pool, since he is the only one aware of the presence of shark we see heightened techniques which soon follows with sharp horror. The ending might seem like a drag and you might end up saying kill the man already fish! Die fish die! Or something like it. But even there the suspense and horror is topnotch. It is a great movie, one that must not be missed in case you have. 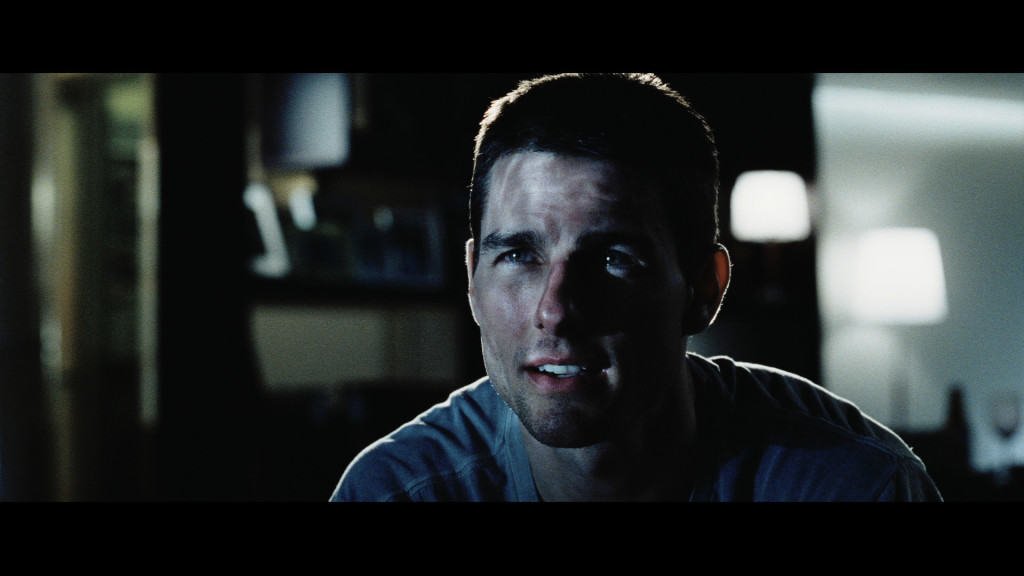 In the era where every few months we witness a star studded CGI extravaganza where a superhero fights supervillains that pulls your eyes to its maximum stretch but somewhere fails to connect, you watch a decade old movie that encompasses CGI and human relations in such a way that it connects to you and inspires awe! Spielberg’s Minority Report is the movie on point.

It takes you to the District of Columbia Precrime division of the year 2054. What do they do you ask? They prevent murders from happening before they happen. They do it with the help of predictions made by precogs, who sometimes make a minority report. What’s that? It’s a flaw in pre cog’s prediction. Spielberg brings us a movie that will become a trendsetter for the time to come. Be it cinematography, visual effects and of course the props, it’s unlike other movies of the time. Yes Blade runner and Artificial Intelligence were genuinely great movies of their time and so is this.

Even though the pacing might feel a little slow and for the people who have seen Black mirror it might not seem great but it still is an entertaining sci-fi mystery thriller drama nonetheless. Chief John Anderton who’s the protagonist of the movie, fights and arrests the murderers and saves lives before the murder happens. The precog in-visions him killing Leo Crow. Is this a minority report or something else entirely? How did this Precrime department started? You can find out by watching the movie. 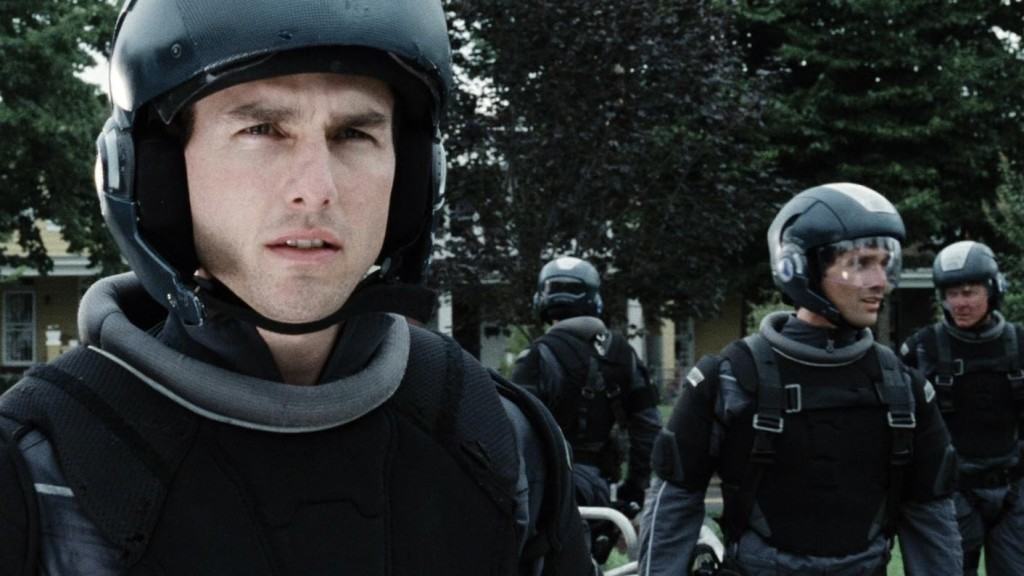 Steven Spielberg’s Minority Report is something of a rarity in today’s blockbuster age: a film that manages to be both a thrilling action spectacle as well as provide an intellectually stimulating storyline that is worthy of endless discussions. Based on a short story by Philip K. Dick , this science fiction film manages to keep the viewer hooked throughout it’s 140 minutes runtime and there is not a single dull or wasted moment. This film is very different from the slew of recent blockbusters that comes with wafer-thin storylines and overused CGI. Spielberg has used visual effects here very efficiently.

The setting is Washington, D.C. in the year 2054. The murder rate here has seen a considerable drop due to a seemingly effective futuristic crime fighting system called Precrime. The police officers are aided in their job by three individuals called Precogs. They have the ability to foresee a murder before it even takes place. Tom Cruise plays the Chief of Precrime, John Anderton. When a proposal is made to implement this system on a national level, a Federal agent named Danny Witwer (played by Colin Farrell) is sent in to evaluate the system’s strengths and weaknesses. No sooner had he arrived than a glitch appears in the system that shows Anderton as the next perpetrator. The Precogs witness a murder that is about to take place in the near future – very soon, apparently – that would be committed by him. Anderton has no clue of who his victim is and what his motivation for murdering him is.

The terminal [2004] | by Dheeraj Gangadharan 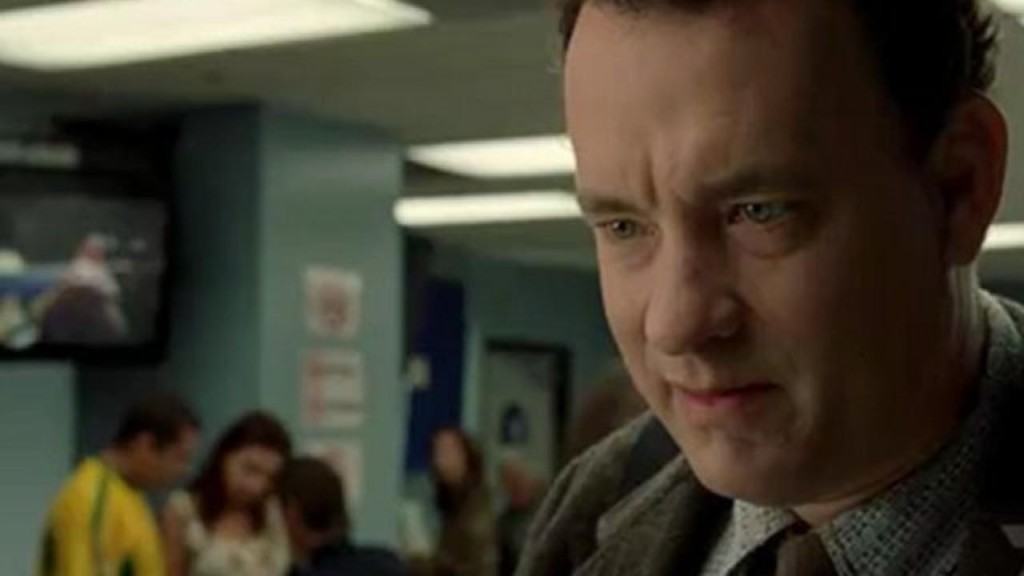 A romantic comedy which is more parts comic than romance as the chemistry between Hanks and zeta Jones feels dull. Still its goofy and likeable in parts. Coming to the comic parts, thanks to tom hanks and his magnificent ability of portraying a common man, you just can’t help feeling for him. And no doubt I was surprised that this was directed by spielberg! He did a very good job (venturing into this genre) IMO. A delightfully charming flick which will leave you with a smile after you finish watching it. The movie is not magical but hanks and his character will leave some magical effect on you.

This is a monthly feature and so we will come back with our next set of Guest Reviews for a different Artist at the beginning of October. Till then , keep reading High On Films.

A Fistful of Dollars [1964] Review : The Arrival of Spaghetti Western