The movie industry has been growing ever since the Roundhay Garden Scene was filmed in 1888. Motion pictures evolved greatly from that era, and today we can enjoy the streaming services that bring us the latest titles within seconds to our home screens.

Even though there are many fantastic movie genres that we can enjoy, gambling fans will always choose a title that revolves around casinos or casino games. Gambling movies always tell an exciting story that is interesting to both casino fans as well as movie fans who have never played a casino game in their life. And some of those incredible movies have been made in the Great White North. In this article, we’ll take a look at the best gambling movies that were made in Canada.

If you’re a fan of a well-known casino game called Blackjack then you will love “The Last Casino”. Those who frequently visit online casinos to play card games will be fascinated by the story of a professor who had been denied access to all casinos in Quebec and Ontario. In order to solve his financial problems, this professor decides to teach three students how to make money by using the skill of card-counting.

The 2001 movie “Lucky Girl” is also known as “My Daughter’s Secret Life” and it tells the story of a girl called Kaitlyn who slowly becomes obsessed with gambling. From the beginning of the movie, we can see her desire to always be right as well as her excitement when she wins a prize because of a lottery ticket. Her real involvement in gambling begins when she tries to raise money for a trip to Amsterdam with her friends. Kaitlyn starts doing sports betting more and more frequently which leads to a series of bad decisions. The movie was directed by John Fawcett and it starred Elisha Cuthbert and Sherry Miller. 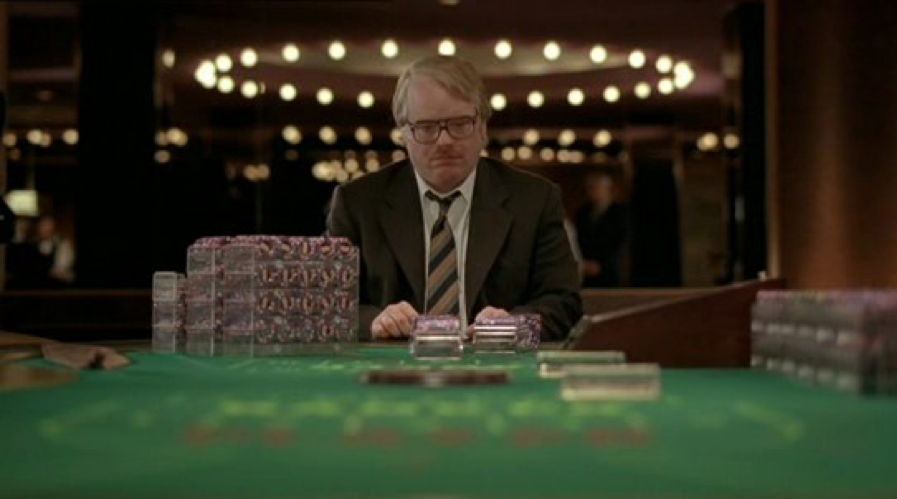 Those gambling fans who like to visit the best real money casinos in Canada will be thrilled with one of the first-class Canadian gambling movies from 2003, called “Owning Mahowny”. Starring Philip Seymour Hoffman and John Hurt, the story of the movie revolves around a bank employee who is a trustworthy and loyal employee in the eyes of his superiors. Therefore, he is given more serious accounts to handle as he is promoted to the position of assistant branch manager. However, his employers are unaware of the fact that he is a compulsive gambler that illegally uses the bank’s money for his own selfish needs.

“Cold Deck” is a 2015 Canadian movie, which makes it the most recent one on our list. Directed by Zack Bernbaum, the story of the movie follows the life of a poker player by the name of Bobby. Booby has a gambling problem and he continues to play poker games even though he doesn’t have any money left. In order to join a high-stake poker game he decides to steal a car and his mother’s life savings, but ends up being involved with a dangerous man called Turk. This movie is a real emotional rollercoaster, that will be a perfect choice for a quiet movie night at home.

What happens 'When A Woman Ascends the Stairs'?