Popularly known by the sobriquet Mollywood, Malayalam cinema has seen a complete makeover in the recent past. The decade alone has raced past the majority of films produced in the south. With the advent of this new cinematic wave down in the state of Kerela, more and more Malayalam movies are considered as essential viewing. With the streaming platforms finally bringing up major titles – Including the popular and the not-so-popular titles to the mass, Malayalam cinema has finally reached the audience it deserves. The large consumption of the latest Malayalam movies online is evidence to it.  Watching Malayalam Movies could be difficult for a layman. Which is why in the following list I have carefully noted down some of the top Malayalam Movies of 2018 and where you can watch them online.

A lot of Malayalam movies have regularly featured in our Best Indian Films list for the past few years. Most Malayalam movies of 2018 were low-key family dramas that were peppered with a realistic premise and some fine comedic moments. For a change, 2018 also saw the emergence of Black comedic satires that questioned the societal norms and rigged stigmas that plague the nation’s South Indian states.

The list consists of all the popular Malayalam Movies released in the year 2018 including some of the best. This doesn’t mean that the films that are featured on the list are a direct recommendation from the site or the author. This list is a way to help garner the best industry in the country the much-needed attention. All the Malayalam movies of 2018 on the list have HD version and can be both streamed and downloaded online.

Set in the rural town of Malappuram, Kerala, Sudani from Nigeria is about Majeed. Majeed is a football manager who recruits three Nigerian football players into his team. The story revolves around the bond that Majeed and one of these Nigerian players – Samuel form when he suffers from an accident. Majeed brings him into his home so that he can recuperate from his injury. Meanwhile, they start sharing a bonding that transcends cultural boundaries.

Slated as one of the very few Indian films to not get a single negative review, Sudani in Nigeria is a poignant sing-song about friendship and compassion. Zakariya’s sensitive direction and overall charming touch makes and breaks all stereotypes that surround most of the films that talk about similar subjects.

Amal Neerad’s Varathan is a story about a husband and wife named Aby and Priya. The film follows their life as Aby loses his Dubai job and returns to Munnar in Kerala. Hell-bent on living in Priya’s childhood-home in the hills, the film escalates when the couple becomes the target of voyeuristic intent from almost all the villagers residing here. The film takes a stark turn when the otherwise simplistic Aby takes things in his hands and goes all guns blazing.

Featuring an ever-dependable turn by Fahad Fassil – Who also produces this with his now-famous Fahad Fassil and Friends production, the film has some really interesting facts about modern-day marriage and how tasks are assigned within it.

Set in the backdrop of the political violence in Kannur, Eeda is yet another passionate modern-take on William Shakespeare’s Romeo and Juliet. Revolving around Anand (Shane Nigam) and Aishwarya (Nimisha Sajayan), this is one of the few Malayalam Movies of 2018 to capture the viciousness of political violence and how it wrecks lives.

What makes Eeda stand-out is its neutral ground to investigate the political scenarios and Nimisha Sajayan’s effortless act as the central characters that are written over Juliet’s heady characterization. 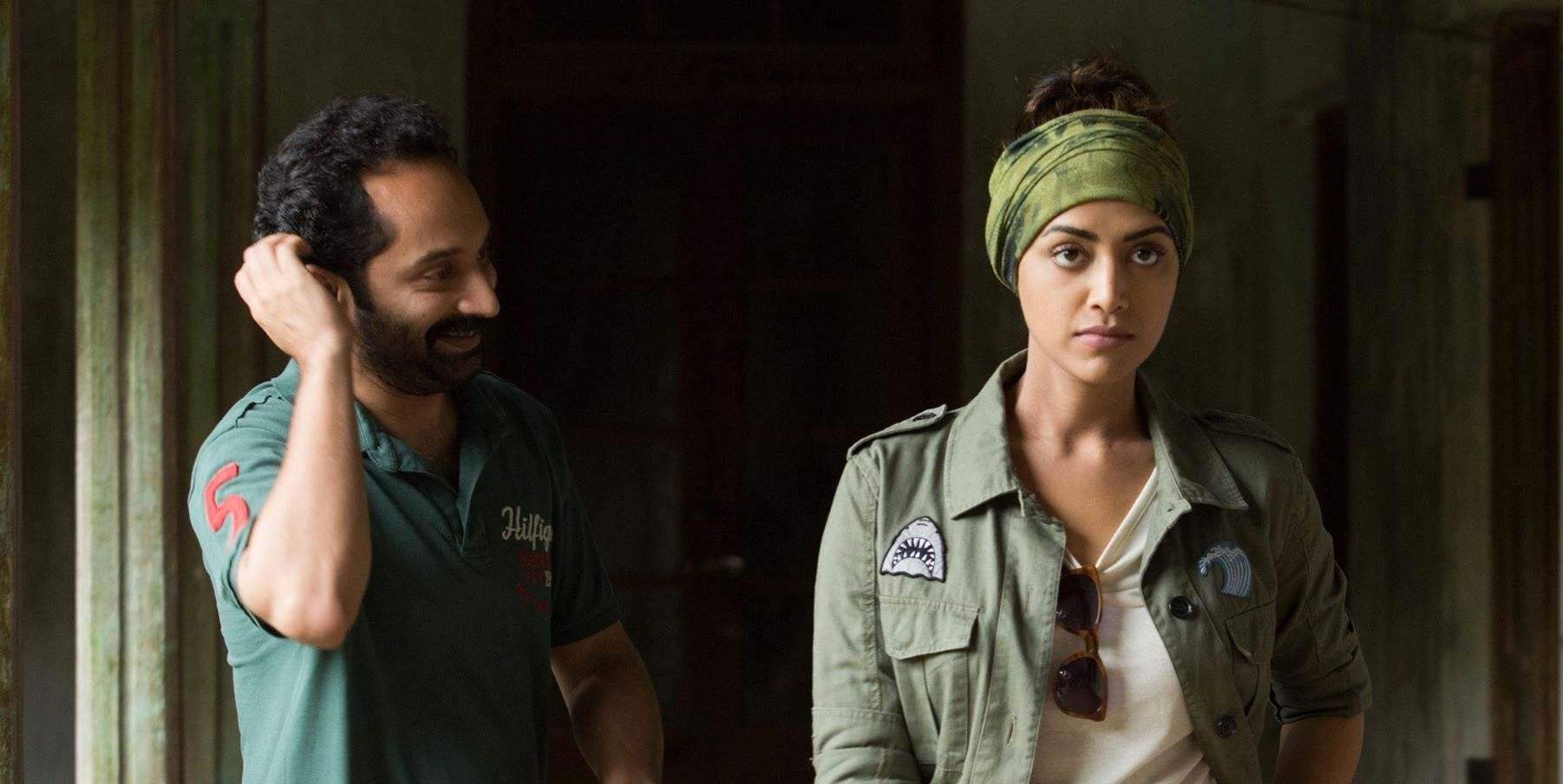 We all crave for more wealth. For some people, it gets the better of them. In Venu’s followup to the brilliant  Munnariyippu (2014), Carbon is the story of Sibi Sebastian (Fahadh Faasil). In his quest to make a quick buck, Sibi finds himself and his half-baked plans lead him to a quest for survival.

Though not as finely crafted as Vasu’s previous film, Carbon excels when it questions the internal human psyche and how survival leads to introspection. Also, as far as Malayalam Movies of 2018 are concerned, Fahad Fassil is kickass as always.

Prajesh Sen’s directorial debut Captain is a biographical Sports-Drama about V. P. Sathyan – Former captain of the Indian national football team. Starring Jayasurya, the film follows the live and ultimate death of Sathyan which is a mystery to other people.

Sen’s deft direction went beyond the conventional ‘triumph and achievement’ narrative of sports biopic as it tried to piece together the life of a man whose life went on a downward spiral.

Abrid Shine who was previously lauded for him charming Action Hero Birju (2014) comes out with a nostalgia-filled narrative of college rivalry between St. Teresa’s and the students of Maharaja College. While not as focused on interpersonal character moments, Poomaram has a central idea that pays homage to art as a necessity in life.

Koode is a feel-good yet bittersweet road movie from Anjali Menon.  Koode is written and directed by Anjali Menon, starring Prithviraj Sukumaran, Nazriya Nazim, and Parvathy Thiruvothu. Officially remaking the Marathi film ‘Happy Journey’, the film chronicles the life of a man stuck in his past and how the ghost of his sister helps him through this coping period of his life.

Prakashan aka PR Akash (played by Fahadh Faasil) is a typical Malayali man who aspires to lead a luxurious life without too much effort. As he tries to achieve this aim, a few insignificant figures walk into his life.

Jeo Baby’s second directorial venture is a mature look at childhood innocence. Featuring a scene-stealing act by young child actor Adhish Praveen, Kunju Daivam is the story of a child who dreads of mathematics homework and believes that God will come down and save him from all his problems.

M. Padmakumar’s Joseph is about a retired cop and his tryst with what’s to come. Dominated by a breathtaking performance by  Joju George, this atmospheric thriller is both a poignant exploration of a life lived and an intense police investigation.

The Beach Bum [2019] Review - Freewheeling Poetry of the Excess