Tamil cinema, known as Kollywood, has been churning out great movies every year. Every film is an event for celebration in every part of Tamil Nadu. Such a fan following could only be achieved with the right balance of commercial and art elements in the narrative that echoes with the sentiments of the audience. With the rapid growth in OTT over the last few years, it has become easy for films to reach to a wider audience. And the consumption of the latest Tamil movies is skyrocketing for online streaming, and 2019 is no different.

The list consists of all the popular Tamil Movies releasing in 2019 that are available to stream online on various platforms like Netflix, Amazon Prime, Voot and Hotstar. These movies can be downloaded in High Definition (HD) for offline viewing on Amazon Prime and Netflix.

Hotstar is the best site to watch movies online for free and legally. You just need to create an account and login. Here is the link to it – Hotstar. It supports HD viewing as well.

You can check Wikipedia for all the upcoming Tamil movies in 2019.

Tamil movies have come of age in 2019, Aadai is the testament of it. Rathna Kumar takes a critical subject of misunderstood feminism and fumbled freedom of expression, and gives a bold spin to the narrative starring Amala Paul as a hyperactive, free-spirited feminist media-anchor.

Aadai is a piece of cloth used to cover the body. Writer-director Rathna Kumar uncovers ‘Aadai’, metaphorically and literally, to expose the fundamental issue with freedom of expression & freedom of speech in the country that has misinterpreted ‘freedom’ for a freewheeling right to do as it pleases, without the regard for anyone else. 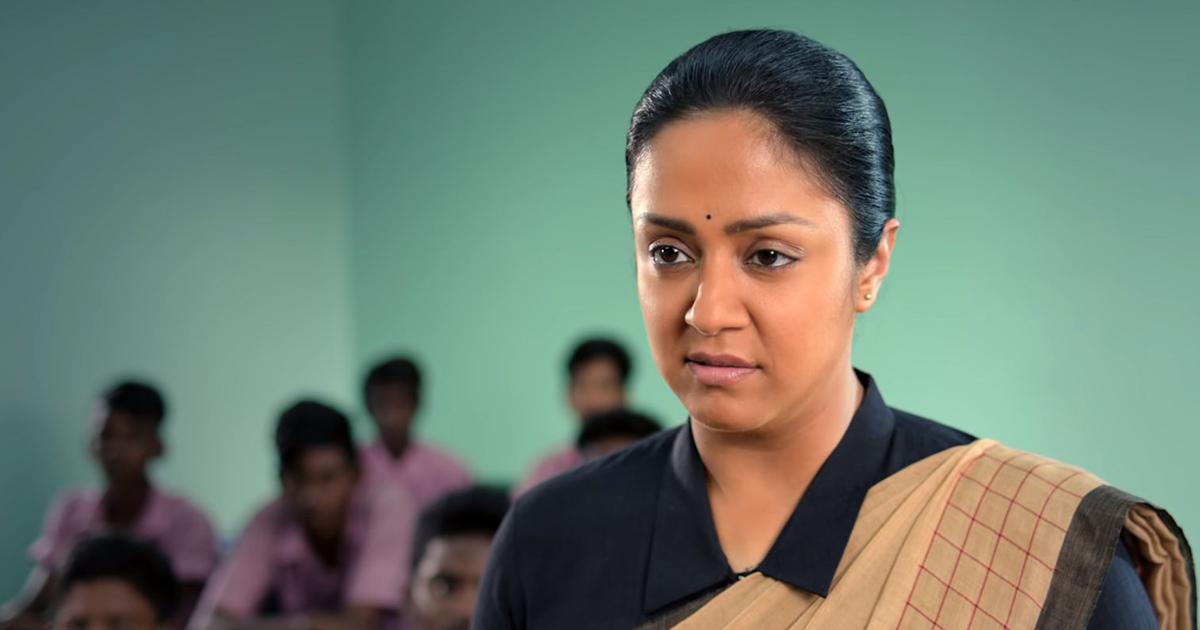 Jyotike is carving a niche for herself in the women-centric role and how. 36 Vayadhinile, Naachiyar, Kaatrin Mozhi and many other films where she leads from the front and dazzle the screen with her strong, persuasive screen-presence.

Sy Gowthamraj directed Raatchasi deals with the urgent and imminent issue of the Indian education system in government schools going in shambles. From the teachers not taking their job seriously, non-existent routine in schools to the indifferent and misbehaving students, newly appointed Geetharani (as Jyothika) faces all the issues that would normally be encountered in Government schools.

Nayanthara’s stars in a Tamil horror film ‘Airaa’ this is streaming on Amazon Prime.  The plot revolves around Nayanthara’s character (Yamuna) who visits her grandmother’s home in a village to realise the vengeful presence of spirit. In an absurd turn of events, Chennai witnesses several murders that might be connected to Yamuna.

Small-budget thrillers have been successful at the box office and movies released in 2019 continuous to show how the audience is lapping up the new wave of Tamil language thrillers.  Filmmaker Thadaiyara Thaakka and actor Arun Vijay team up, again, after the commercial success of their action film “Thadaiyara Thakaka (2012)” for a mystery thriller ‘Thadam’.

A murder investigation leads police to Ezhil (Arun Vijay) who is the prime suspect. He is soon arrested based on the basis of a selfie that proves he is a murderer. The plot gets a twist when his look-alike, Kavin lands up in the same jail for petty theft. Thadam also stars Yogi Babu, Vidhya and Tanya Hope.

Venkat Mohan makes his debut with an action thriller ‘Ayogya’, the remake of a Telugu superhit film ‘Temper’. Temper was also remade in Bollywood, starring  Ranveer Singh and Rohit Shetty directing it. It stars Vishal, Rashi Khanna and Pooja Devariya in the lead roles.

A corrupt police officer Karnan (Vishal) learns growing up that only money can bring happiness. And a job of police inspector is an easy ticket for earning money through a bribe. He grows up to become a corrupt police officer. His deeply rooted corrupt values are questioned when he takes on a case of gang rape.

Debutant director Vivek Elangovan quits his job at Microsoft to join a heavily crowded list of engineer-turned-filmmakers. A retired cop – Vivek (Rudhran) shifts to the US to live with his son, after the retirement.

A series of crimes in the neighbourhood that involves a kidnapped neighbour, a murderer on run brings the cop in Vivek back in action. He starts investigating all the crimes and tries to find if there is, at all, any connection among those. Vellai Pookal stars veteran actor Rudhran and Pooja Devariya.

National Award Winning filmmaker Seenu Ramasamy teams up with Tamannaah, after Dharma Durai, in yet another drama ‘Kanne Kalaimaane’. Kamalakannan (Udhayanidhi Stalin) plays a character of an organic farmer who falls head over heels in love with a newly appointed bank manager Bharathi.

Kamalakannan’s family is dubious initially if such a well-educated woman would adjust to rural life. However, Kamalakannan’s grandmother does not want Bharathi to work after marriage, that leads to a tussle between them.

Sivakumar Jayakumar and Thala Ajith re-team for their fourth collaboration after an underwhelming spy thriller Vivegam, Vedalam and Veeram. Siva goes back to the template-driven family drama incorporating all the commercial elements to please the fans of Thala. Thooku Dorai (Ajith) is a revered don and messiah whose doctor-wife Niranjana (Nayanthara) has left him.

Dorai decides to win back his love of life and travels Mumbai. But things start getting complicated when  Jagapati Babu enters his life. Nayanthara and Ajith play their character with conviction and their charm works for the film, even if the film works in parts.

Stream Petta on Netflix and Voot 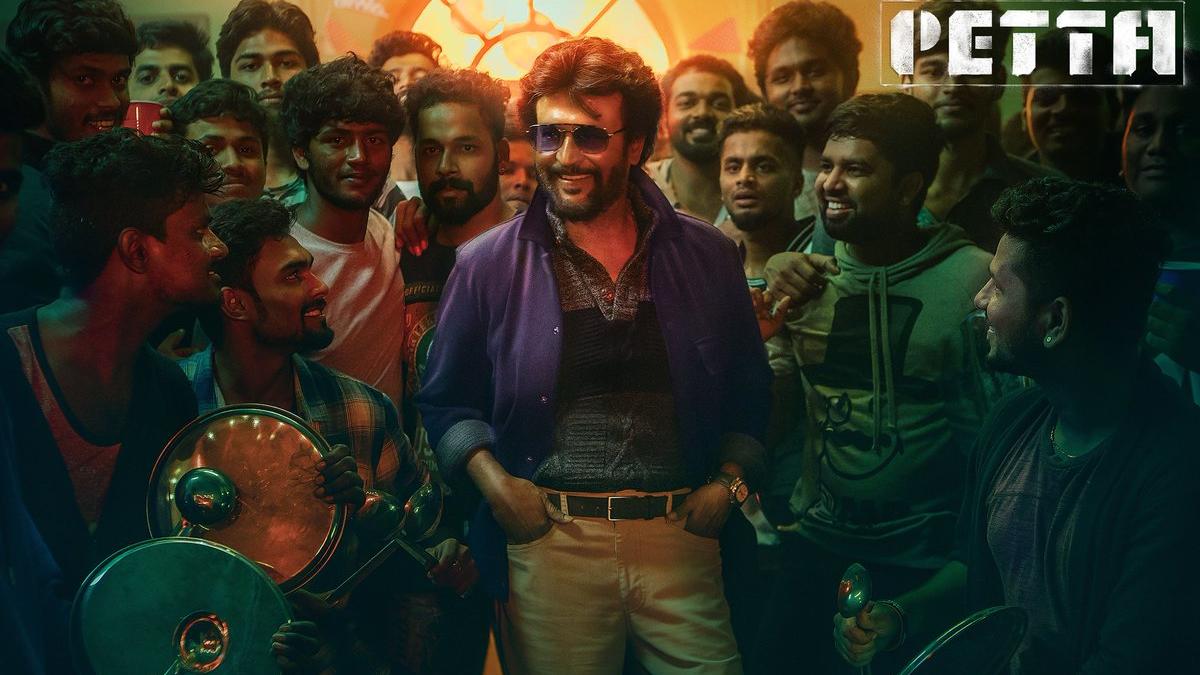 Karthik Subbaraj is having a dream run in Tamil Film Industry. He quit his job and directed a horror film ‘Pizza’ starring Vijay Sethupathi which is among the best horror films of the century. He went on making three more critically acclaimed films that earned him a name among the best filmmakers working in India.

Finally, he got to work with Rajnikanth which was his dream.  He assembled a great ensemble consisting of Vijay Sethupathi, Nawazuddin Siddiqui, Simran, Trisha, Bobby Simha, Sasikumar. Anirudh Ravichander has composed the songs in Petta, and Lyrics are written by Vivek, Ku. Karthik, Dhanush and Karthik Subbaraj.

Priyanka Sundar in her review writes, “If we go by the million Rajinikanth jokes powering online sites, Thalaivar can do anything. Stopping and reversing time, it seems, is a breeze for the star. The doubters need to buy tickets for Petta where director Karthik Subbaraj ‘Rajinifies’ you with cigarette flicks and deep throaty laughs. There is that signature sunglass flick too – it is officially 90s again and we are here to partake in this fan feast.” 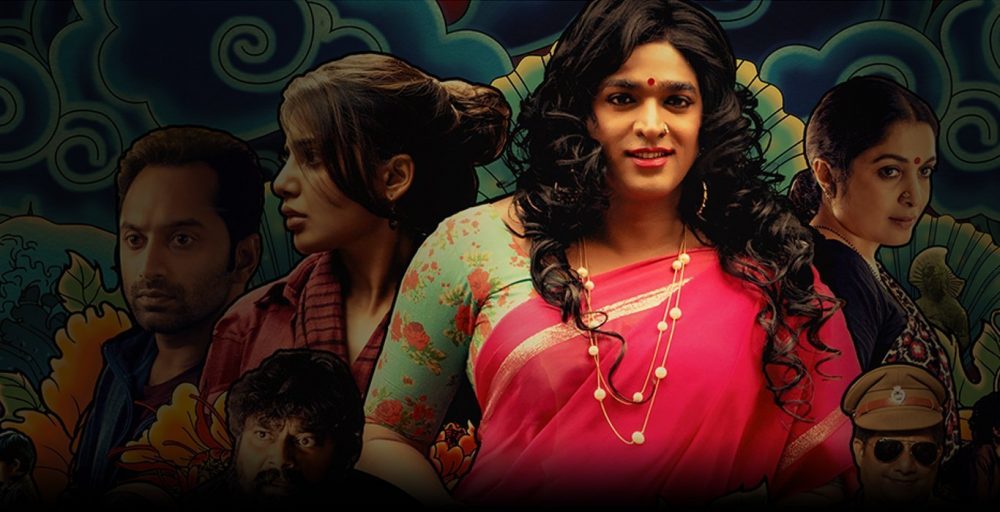 Super Deluxe was the most anticipated Tamil movie of 2019. You bring the best of the industry together in the hyperlinked film that intersects in the most fascinating way. Starring  Vijay Sethupathi, Fahadh Faasil, Samantha, Ramya Krishnan, Vijay Ram, Abdul Jabbar, Noble K James, Naveen, Mysskin, Gayathrie, Ashwanth Ashokkumar, and Bagavathi Perumal.

Popularly known for the National Award-winning hyperlinked movie – Aaranya Kaandam, Thiagarajan Kumararaja’s Super Deluxe is a wild ride into the land of quirky characters that breathe pop-culture references. Garnering rave reviews across India, the film is lauded for its bold and unique narrative that weaves four different stories about different people held in challenging situations.

Rajiv Menon returns to the film-direction after 19 years of hiatus. His last film, Kandukondain Kandukondain, based on ‘Sense and Sensibility’ had a terrific ensemble cast that included Ajith, Tabu, Mammootty and Aishwarya. Industry and people were having a lot of expectations from ‘Sarvam Thaala Mayam’ and it did not disappoint.

A die-hard ‘Thalapathy’ Vijay fan, who runs a Vijay Fan Club, finds mridangam enamouring and fascinating. He decides to dedicate his life mastering the art of playing mridangam. Rajiv Menon in his, partly inspiring and partly hopeful, film brings the two art forms – movies and music – that every Tamilian relates to as a part of their strong culture, and constructs a narrative that alternates between rooted to ground and theatrics. His selection of the songs in the film strengthens the narrative and builds the character.

The film is not without any flaws. In fact, the simple narrative often gets convoluted because of subplots that involve revenge & insult. But the film is often entertaining and inspiring when the attention shifts to Peter’s dedication and love for mridangam.

Stream To Let on Amazon Prime

Cinematographer Chezhiyan’s directorial debut To Let (2019) has had the honour of getting screened at over 100 international film festivals, reaping few awards among them (a rare feat for a Tamil independent cinema).

Although writer/director Chezhiyan provides a context for the sparse plot in the opening credits, some of the themes he lyrically deals with could be transplanted to any unequal society around the world. Shot only with natural light and littered with static shots that bring forth the authentic, lived-in feel, To Let’s aesthetics has more in common with neo-realism and Iranian cinema.

The perfect use of light help create the film’s mood and the rare burst of colours – a flower pot, balloon, kid’s drawing, etc – infuses a poetic rhythm to the proceedings (of course the flower pots, mirror, and balloons pay hefty tribute to New Iranian Cinema’s imagery). Chezhiyan doesn’t dramatically expand the family’s troubles. He rather brilliantly observes the small humiliations and unpleasant impositions, disrupting the family’s private space.

Read the complete review of To Let.

Ram, as an actor and director, has always explored the multifaceted socio-economical issues undermining the lives of an individual within the archaic and rigid boundaries of society. Three National Award-winning film ‘Thanga Meengal’ explored the relationship of a poor father trying best to make his only daughter happy, no matter what.

He picks the same subject of a relationship between father and daughter for his latest film – Peranbu, except that the daughter (Sadhana) is suffering from cerebral palsy. Peranbu deals with the sensitive and complex subject of sexual-awakening in Sadhana.

In a country that is dismissive and contemptuous of sexual discussion in the film, it’s a miracle that Peranbu exists and appreciated by masses. Also, it stars superstar and three times National Award-winning Mammootty. The restrained narrative and understated performance of Mammootty makes Peranbu a must-watch Tamil movie of 2019.

Other Tamil Movies of 2019 you can stream Online Monster | Nelson Venkatesan | IMDb 7 – Anjanam faces many rejections in his love life and also tenancy issues, as he’s living in a rental home. Longing for peace, he buys his own house, which brings him the love of his life. But it doesn’t stay long, as there is newfound trouble in the house. Whether he is able to marry his girlfriend and live peacefully in his home is the story of this fictional comedy.