David Fincher’s penchant for attaching himself to projects about dreary ‘whydunit’ mysteries and relentlessly obsessive, misunderstood male protagonist continued with the Netflix crime series Mindhunter Season 2 (2017-). Fincher’s crime thrillers (Se7en, Zodiac, The Girl with the Dragon Tattoo, and Gone Girl) are often more compelling than the majority of garden-variety thrillers because of its deep social and psychological context.

FBI agents trying to understand the appalling new type of killers with obscure motives, who cropped up in the late 1960s and 1970s America (the murderers were not even called by that term in those times) and who were then perceived as exotic, monstrous creatures.

And as promised, the show is more about figuring out the cryptic mind of serial killers, and in the process gets pulled deep into their existential void, similar to unbearably tense procedural like Dexter, True Detective, The Fall, etc. 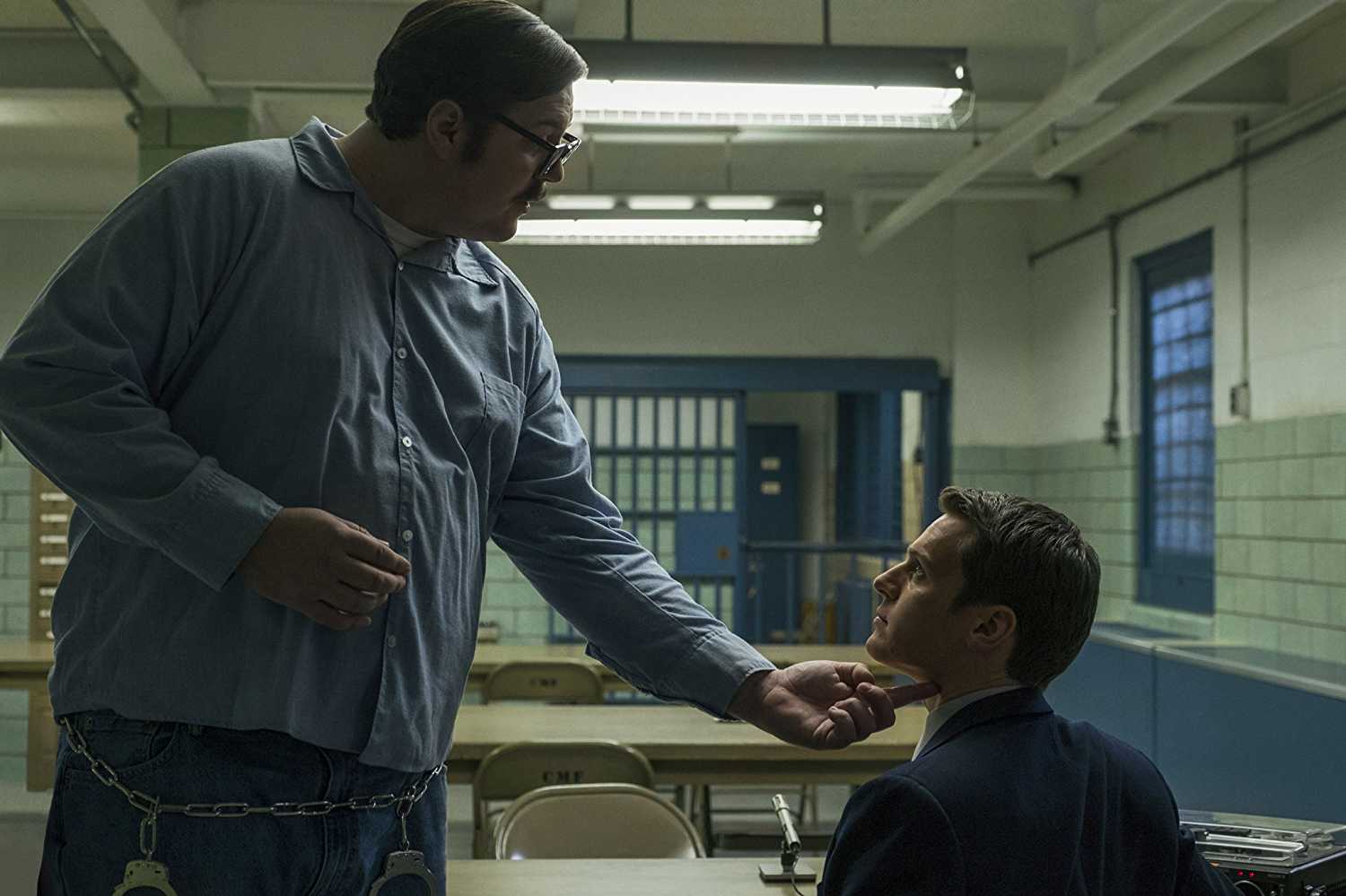 Netflix’s Mindhunter, the David Fincher-produced crime thriller, will return for a second season on August 16th. Fincher has been actively involved in Netflix projects. He acted as an executive producer on Netflix’s House of Cards and directed two episodes, he co-created adult animated series Love, Death + Robots which recently got renewed for season 2, and he is going to direct Netflix’s Mank, a biopic about Citizen Kane screenwriter Herman Mankiewicz, played by Gary Oldman.

David Fincher confirmed the premiere date on KCRW’s The Treatment podcast. The date was also confirmed by Netflix on Twitter. Gone Girl director also cleared up speculation and confirmed the Atlanta Child Murders, Charles Manson, and Son of Sam are all integral to new episodes. The filmmaker also verified the involvement of “The Assassination of Jesse James” director Andrew Dominik.

Plot details of the latest Season

The new season, which was quickly confirmed after the show’s debut in October 2017, will focus on the Atlanta child murders of 1979–1981, which claimed at least 28 known victims. “Mindhunter” Season 2 will involve behavioural analysis as it makes its way to the front lines of police work. Fincher first confirmed the release date and revealed more details about the second season on KCRW’s The Treatment podcast.

“I got a call from Andrew Dominik who had seen the first season and said, ‘I’d really like to do something with Season 2,’” Fincher said. “We brought him in. When God gives you a really great idea, take it. When we first sat down he said, ‘What is it about this world that seems so American? There is something going on here.’ I said the show is about narcissism. The show is about needing to be seen.”

Cast and Other details

Reportedly, Season 2 will only have eight episodes. The first season had 10 episodes. Jonathan Groff, Holt McCallany and Anna Torv will reprise their roles as Holden Ford, Bill Tench and Wendy respectively. Holden’s damaged psyche will likely be a major plot point for a second season. There is no clarity whether Holden’s grad-student girlfriend Debbie will return for Season 2.

David Fincher, who directed first two and last two episodes of Mindhunter Season 1, would likely be back in the director’s chair for Season 2. Not so surprisingly, filmmaker Andrew Dominik will be directing two episodes. Carl Franklin (Devil in a Blue Dress, One False Move) will direct rest of the episodes.