In FILMS THIS WEEK, we have come up with 5 new releases which is playing in a theater near you. This week we have featured Crimson Peak, Pyaar Ka Punchnama 2, The Walk, Bridges of Spies and Sicario. Here are our quick reviews, so that you can decide which ones you should give a try and which ones you shouldn’t:

Bridge of Spies, which is based on the true story that has been tweaked and altered, opens with the arrest of a KGB soviet spy Rudolph Abel who he is arrested on espionage charges. He’s guilty but he needs a fair trial so Jim Donovan (Tom Hanks), who had worked for the prosecution at Nuremberg, is approached to take on a wildly unpopular client. That made Jim Donovan the second most hated guy in America after his client, and he received hostility everywhere, be it home, public transport or Judge himself. The hatredness for Donovan heightens when he secures Abel 30 years of Punishment rather than electric chair execution. First half of the film moves pretty slowly, it picks up the pace in the second half when less intriguing secondary plot of the American Spy being caught by Russian comes in the foreground and it is established that now an exchange going to happen between Russian and American spy.

Like Donovan, you could foresee this exchange in the first half itself and drama unfolds in quite a thrilling manner. Sadly, everything in the film happens quite swimmingly, one event leads to another and goals are achieved without much fuss. It is definitely a good espionage thriller, better than Bond & Hunt but nowhere close to the films(Tinker Tailor Soldier Spy & A Spy who came in from the cold) based on John le Carré‘s novels. On the flip side, Bridge of Spies lacks the tension, the edge of a seat thrill, and gritty & unnerving mood which probably has to do with not so taut and dense script. Bridge of Spies is a pleasant watch that will be enjoyed by all, Tom Hanks delivers brilliant performance, he balances the vulnerability and suave with much panache. Surprisingly Mark Rylance as Abel gives restrained and nuanced performance that is highly understated, what if he is shown something completely different than what he was in real life.

It’s no denying that Guillermo Del Toro is currently one of the best dark-fantasy writer/director in Hollywood (notably his most famous work being Pan’s Labyrinth).  On this occasion he manages to produce a very creepy love child of Disney themed characters and Gothic horror. The movie starts with an untimely death in the family of Edith Cushing (Mia Wasikowska) and the ghost starts to warn her about a place called, ‘Crimson Peak’. Wasikowska perfectly plays the part of a beautiful, young, naive daughter of an industrialist. Who is funding this mysterious British aristocrat, Thomas Sharpe (Tom Hiddleston) who seeks money for his invention. Soon Edith and Thomas fall in love; get married and Edith finds herself in a dark, eerie, mysterious & probably a ‘living’ mansion on a remote picturesque location of an English Village with Thomas’s older and evil sister, Lucille (Jessica Chastain). It’s not too late that, gory family secrets starts to unravel.

Del Toro and his technical team completely nails it in terms of depicting the Victorian England and Post independence war era of America with production and cinematography aptly playing along with the story. The story and screenplay is your usual and ordinary horror themed extravagant, filled with your usual Del Toro-esque creepy creatures and ghosts and extremely grim murders. The weakest parts of the movie are the absence of a good background score and its pace that tests the patience of audience. Some of the spooky sequences are very comical in parts. But that I guess is Del Toro’s weirdness taking toll. Special mentions to Jessica Chastain for completely stealing the show in terms of performances in the movie for being a highly deranged, insane and jealous ‘sister’.

It’s NOT a horror movie. So don’t go to theatres expecting that. Also if you are not fan of Del Toro’s work or if seeing weird shit on screen is not your forte, avoid it.

Luv Ranjan’s Pyaar Ka Punchnama was a trend-setter. Not that it broke any new grounds, but it certainly paved way for presenting a wilder, bolder picture behind what a man has in his head when he is batted-down and tamed by the opposite sex. Brilliantly written dialogues and situations, which had every single youth laughing at themselves made Pyaar Ka Punchnama a sleeper-hit. Pyaar Ka Punchnama 2 basically follows the blueprint of the first part to exact implications. But since it’s part two, we have foreign locations, more bikinis, more kisses, more senseless party songs that play out of your head to the screen whenever they want to, and long, immensely loud scattered scenes which don’t do any good to the film.

But that’s not all. The interesting thing is. This is not a disaster. There are some genuinely brilliant laughs that have been perfected to the screen and while the screenplay lags when Chauka & Thakur (Indian Zac Efron) have their individual parts, it moves rather swiftly when Karthik comes to play. The scenes where the male trio share the screen are definitely not par the chemistry that Liquid & Chaudhary shared but they also don’t lag far behind. I feel sad when I say that the film could have been great had it been handled by Luv Ranjan alone. Sadly in India, when you are to do things all over again, you are forced to follow the money. While, Pyaar Ka Punchnama 2 is not as misogynistic as the 2011 film it’s deliberate attempt to bring something new just fucks with the tone which comes out more as a joke than a statement. 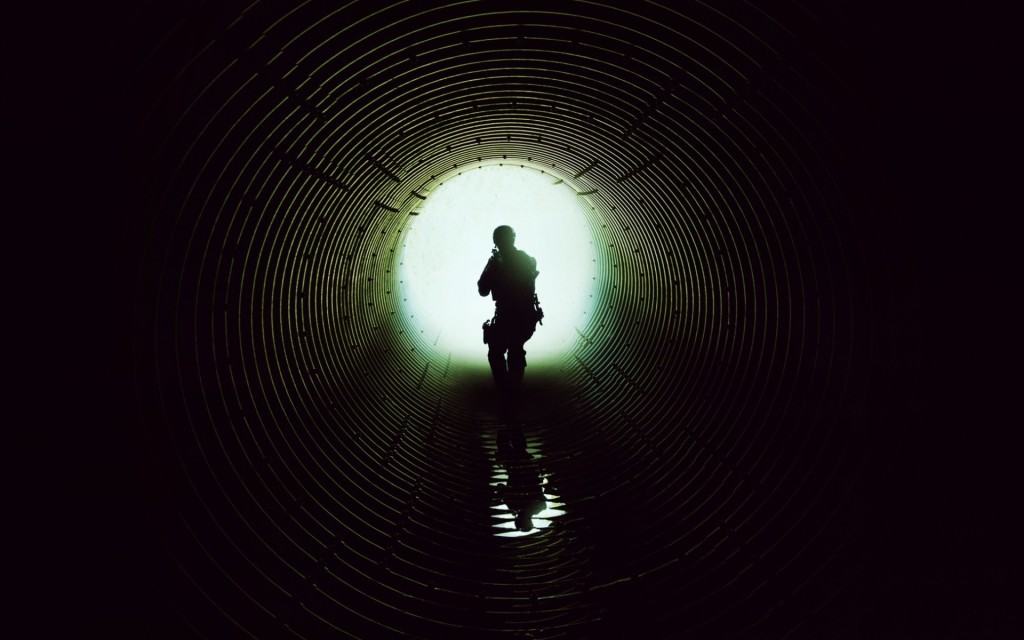 How many directors are actually capable of putting you on the edge of a seat merely by the shot of US shadowy operative vehicles across the US and Mexico border to hunt down one of the pawns of Cartel-Land with an almost sadistic level of suspense? The scene does not cut quickly but it stays on screen for quite a long time creating a paranoia that something might go horribly wrong. It jams a visual mystery that creates uneasiness, which you want to get over as soon as possible.  Sicario has a string of such dark, murkier and almost subtle lyrical toned scenes that are stupendously unnerving and creepy at times.

Sicario, directed by Denis Villeneuve, who rose to the fame after the success of Prisoners but widely known for his masterpiece ‘Incendies’ among cinephiles, opens in a chaotic but fierce brutal assault on a compound said to be packed with drug-war hostages. This bravura opening sequence that has been orchestrated so deftly with the piquant of horror of dead bodies cemented in the wall like Egyptian mummies , will  probably be one of the best action pieces of this year. Sicario is a straight-forward Hollywood genre movie that adopts a simple plot but thanks to Villeneuve’s deft direction, sterling performances from the three leads, masterclass cinematography blend with nervy score makes this film immensely engaging and taut thriller, that creeps into the psyche of three singular characters, demanding the question if breaking the laws and selling out the moral values,  is an answer to fight a war.

“You cannot lie on stage. The audience will always know what is inside of your heart.” says Papa Rudy (Ben Kingsley) as he reluctantly teaches his acquaintance the various traits of being a performer. The Walk is an astonishingly true story based around the life of Philippe Petit, (played by Joseph Gordon-Levitt) a high-wire artist who strung a wire between the World-Trade Centers in the 70s and walked on it in front of a spell-bounded crowd. Widely known for his films like Forrest Gump, Back To The Future & Cast Away, The Walk is basically Robert Zemeckis’s fairy tale about the man on the wire. The film features one of the best CGI effects in recent time. Every single frame miraculously looks seamless. The Walk tells us about Petit and how he discovered his passion of high wire walking, how he made friends or as he says ‘accomplices’ on his journey from a circus performer to what he himself would call ‘a true artist.’

The main negative that The Walks checks-into its kitty is that, it’s 3 films in one. An origin story, a love story cum drama and then a heist film. All of which is done while Gordon-Levitt breaks the 3rd wall narrating his entire story is a slightly irritating French accent. The Walk is a failure in showing the struggles of Petit’s story, while making everything seem like a cake-walk. But it also manages to show his compassion and his earnest effort towards reaching his dream. Having said that, the film is enjoyable. It wouldn’t hurt your head and sides but it might result in Acrophobia as Petit walks on thin clouds which look heavenly as the screen size enhances.