“Run away, Simba. Run. Run away, and never return.”

The first time I heard the silky voice, I was a 6-year-old Disney kid. Even then, the wickedness was sharp and distinct. When I finally discovered the man behind the conniving lion, I was dumbfounded. Because the man looked nowhere near conniving.

The salt and pepper hair, the hollows under the cheekbones, and the magnificent silky voice amalgamated to form an admirable demeanour. That’s Jeremy Irons for you, everyone. And no, he doesn’t bear a scar over his left eye. Over the years, his genius as an actor was not only demonstrated through his voice but also through his assuring performance, which often left the audience bewildered. Thereby, to comprehend Iron’s expertise and cleverness as an actor, I have listed out 5 of his works. 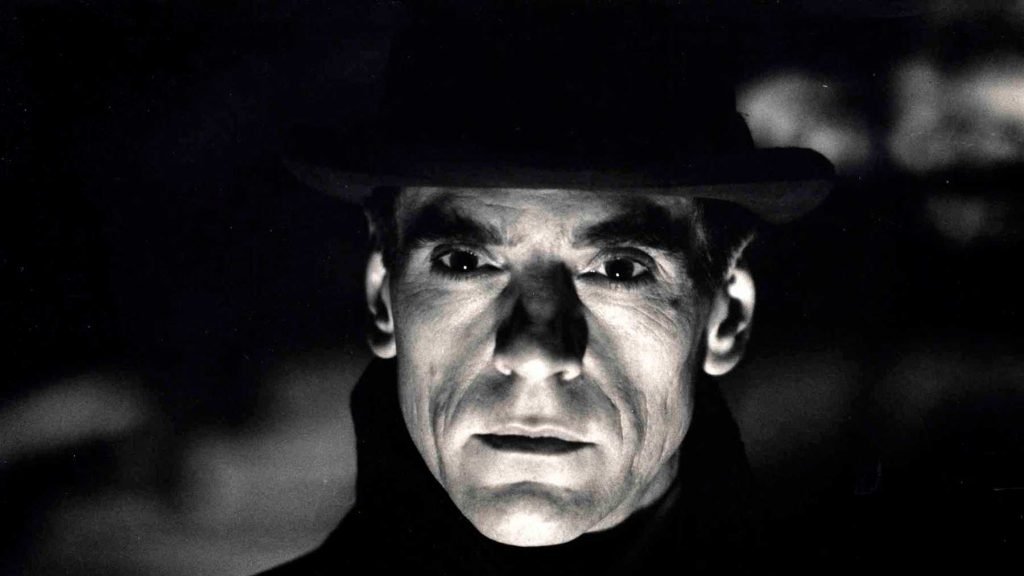 Kafka is a thriller about an insurance clerk in Prague who is propelled into a shadowy world of mystery when his colleague and close friend is murdered. Jeremy Irons plays a fictionalized version of the Czech writer, Franz Kafka. During the day, he slaves away as an insurance clerk and during the night, Kafka writes short stories, one of which is about a man who wakes up to find himself transformed into a giant cockroach.

It’d be a mistake to regard Kafka as an autobiographical piece of the great Czech writer. Rather it gives an insight into the writer’s mind and in this process, a Kafkaesque setting is formed throughout the film. You’d find paranoia and oppression lingering in the atmosphere just like Kafka’s writings. The portrayal of Franz Kafka by Jeremy Irons may not properly resonate the writer’s authentic characteristic and mannerism, but there were a couple of instances in the film where I was startled to find Irons bearing uncanny resemblance with Kafka. 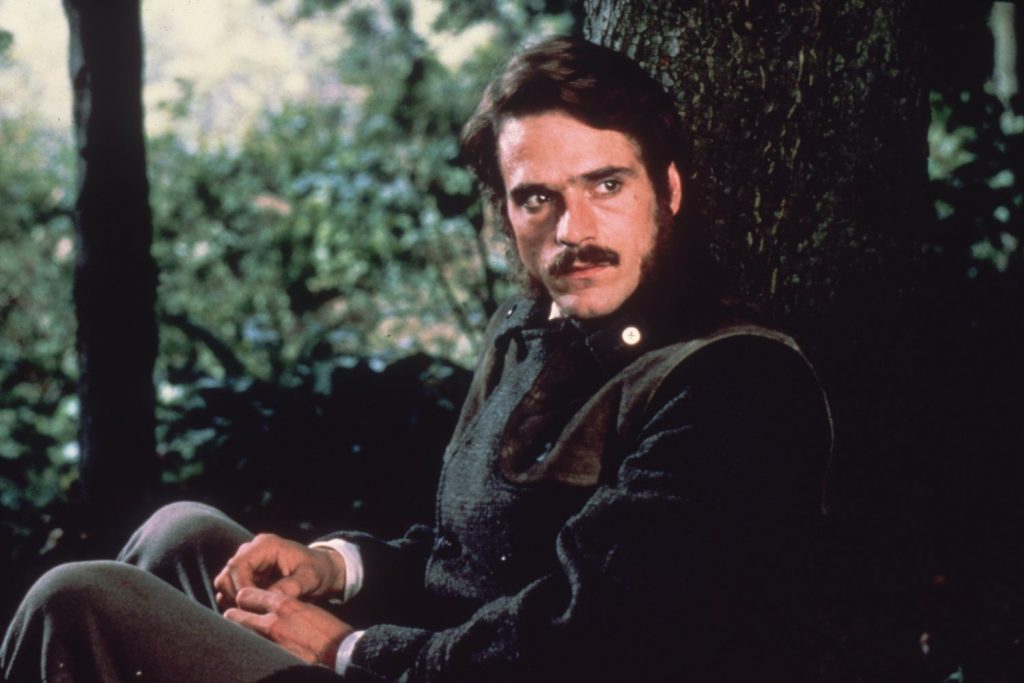 The French Lieutenant’s Woman is a story-within-a-story of actors Mike and Anna, portrayed by Jeremy Irons and Meryl Streep, respectively. Both the actors star in a period film, where biologist Charles falls in love with the outcast, Sarah. Charles is engaged to be married, while Sarah is infamous as the French Lieutenant’s woman. Their love is forbidden in every measure of the Victorian convention. Behind the camera, there is also an intimacy between the actors themselves. However, Mike has his own family to look after, while Anna has her lover.

Jeremy Irons in Victorian whiskers impeccably portrays the disconcerted biologist Charles. He brings about both the confusion and passion of a man who struggles but succumbs to the fortitude of infidelity. On the contrary, the modern-day Mike is impersonated flawlessly who is enamoured of his co-star Anna. Even though the audience should rather be infuriated by Mike’s infidelity in spite of having a family of his own, rather they feel apologetic seeing Mike being hopelessly in love with Anna. 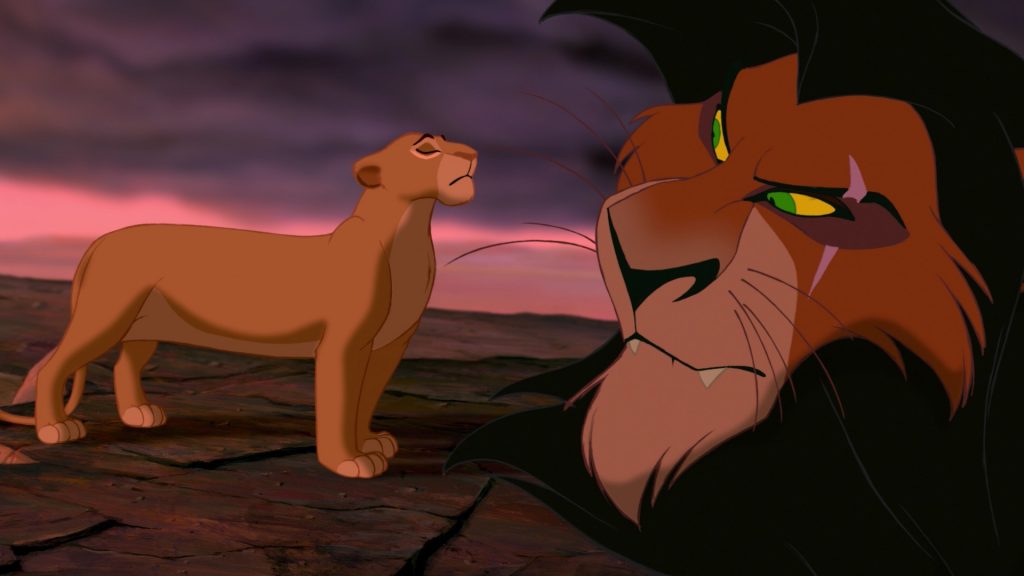 Ah, here comes most of our childhood favourite. The tale of the lost heir, Simba. If you ask me, The Circle of Life still rings mightily in my ears. The Lion King begins with the innocence of the cub, Simba, who is awe-inspired by his father and king of the Pride Lands, Mufasa. He is playful with Zazoo, his father’s confidant and advisor, and explores Pride Lands and beyond with his best friend, Nala.

Little Simba is ambitious but naive. He thinks everyone loves him and he is wrong, very very wrong. His uncle, Scar, the gaunt Lion with the emerald green eyes and a scar that runs over his left eye, is envious of him. Jeremy Irons does a terrific job in providing the voice for the vicious lion. His silky voice brings about the shrewdness of Scar and makes him one of the most memorable Disney villains.

What we think of the 2019 Lion King Movie

Moreover, The Lion King allowed listening to “Be Prepared”, where Irons’ sinuous vocal performance was both amusing and commendable. The last verse of the song, however, was covered by Jim Cummings when the Irons’ voice gave out. Nonetheless, it’s a treat to listen to Jeremy Irons singing so maliciously. 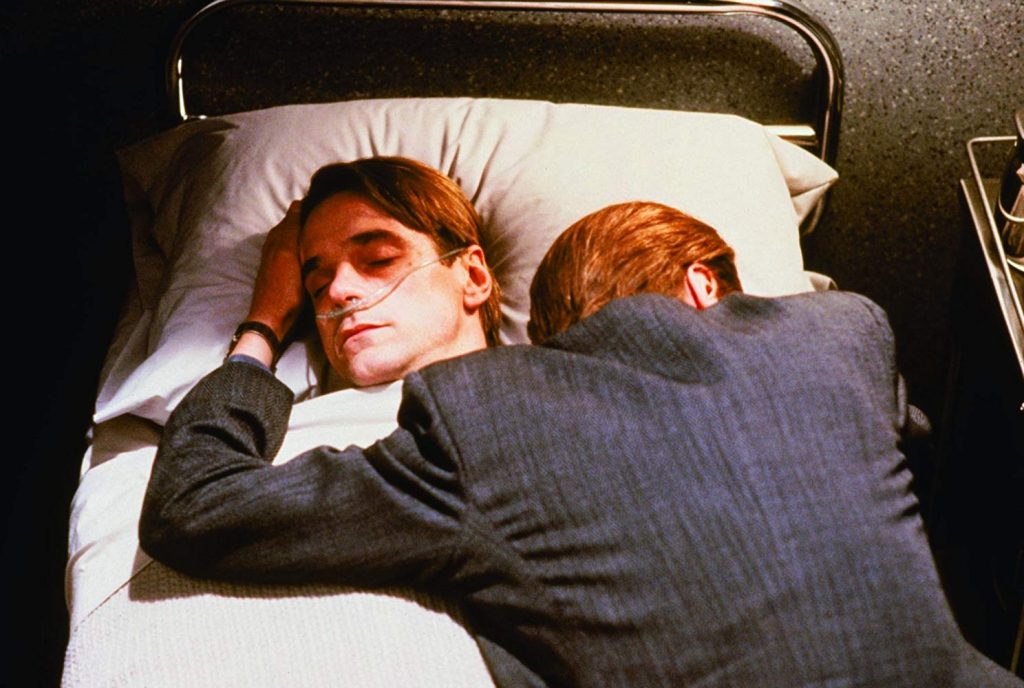 Dead Ringers is a film about the gynaecologist twins, Elliot and Beverly, both skillfully portrayed by Jeremy Irons. Elliot is the dominant twin woos many of his patients and has affairs with them. When he gets bored to death, he hands them over to his meek brother, Beverly. The women, however, are unaware of this trickery.

In this process, Beverly gets heavily infatuated with one of the patients Claire, portrayed by Geneviève Bujold. During their intimacy, Beverly does not only gets the relish of her body but also her drug habits, which caused his inner dementia to come into play. So, when Clair inadvertently leaves Beverly, he stumbles into a realm of madness.

As I mentioned earlier, Jeremy Irons portrays the twins skillfully. His apt and intellect as an actor are well demonstrated when the twins are shown as different individuals. He constructs them as separate entities to the point that the audience is often startled whether they are looking at Elliot or Beverly.

As the title suggests, the film is about the mission of the Jesuit priest, Father Gabriel, portrayed by Jeremy Irons, as he enters the Guarani lands in South America to convert the natives to Christianity. In his mission joins Rodrigo Mendoza, portrayed by Robert De Niro, a reformed slave trader seeking salvation. They both endeavour to resolve the mission when the Portuguese government wants to seize the natives for slave labour. However, their methods of approach are different.

In spite of sharing the screen with De Niro, who’s been a top-billing actor since Taxi Driver and Godfather 2, Jeremy Irons delivers a momentous performance as Father Gabriel. Through his aptitude, Irons performs so assuringly that you forget that the character is fictional. His effort to make the character concrete is well appreciable.

Of course, Irons’ performance is not only limited to these 5 films. There are many others where he delivered praiseworthy performance. These 5 films to speak about his exemplary acting skills in a nutshell.