Last month, the Mumbai Academy of Moving Image (MAMI) announced that in the light of the coronavirus crisis, the Jio MAMI 22nd Mumbai Film Festival 2020 had been pushed to 2021. The next edition of the festival will now tentatively be scheduled for October 2021. While a physical festival, jury, and competitive awards remain unviable this year, in an effort to support the journeys of independent films, the festival today announced its Official Selection List 2020 for Indian films (India Gold, India Story, and Dimensions Mumbai). The festival’s much-awaited Indian selection has become an important milestone for the audience as well as the filmmaking community within the country and abroad. This is Jio MAMI’s way of endorsing the films that would have screened at the festival this year under normal circumstances.

“Our official selection list of Indian films is a show of faith and solidarity in this dark and difficult year. In the light of the festival not happening in 2020, the idea is to support and champion the Indian films that would have screened as part of the festival this year,” said Smriti Kiran (Artistic Director, MAMI and Jio MAMI Mumbai Film Festival).

The selected films will not be screened this year either in theatres or digitally but will have the option to screen at the festival next year in the same section as long as the film stays an India Premiere till the next edition of the festival and is not available on any streaming platform.

The festival next year will take place in October 2021 and the tentative dates will be announced by the end of this year.

Synopsis: Workaholic veteran truck driver, Ghalib, must determine appropriate compensation for the kin of his late wife. As Ghalib grapples with this thought, an existential threat begins to overwhelm him when he is asked to train a young new driver. 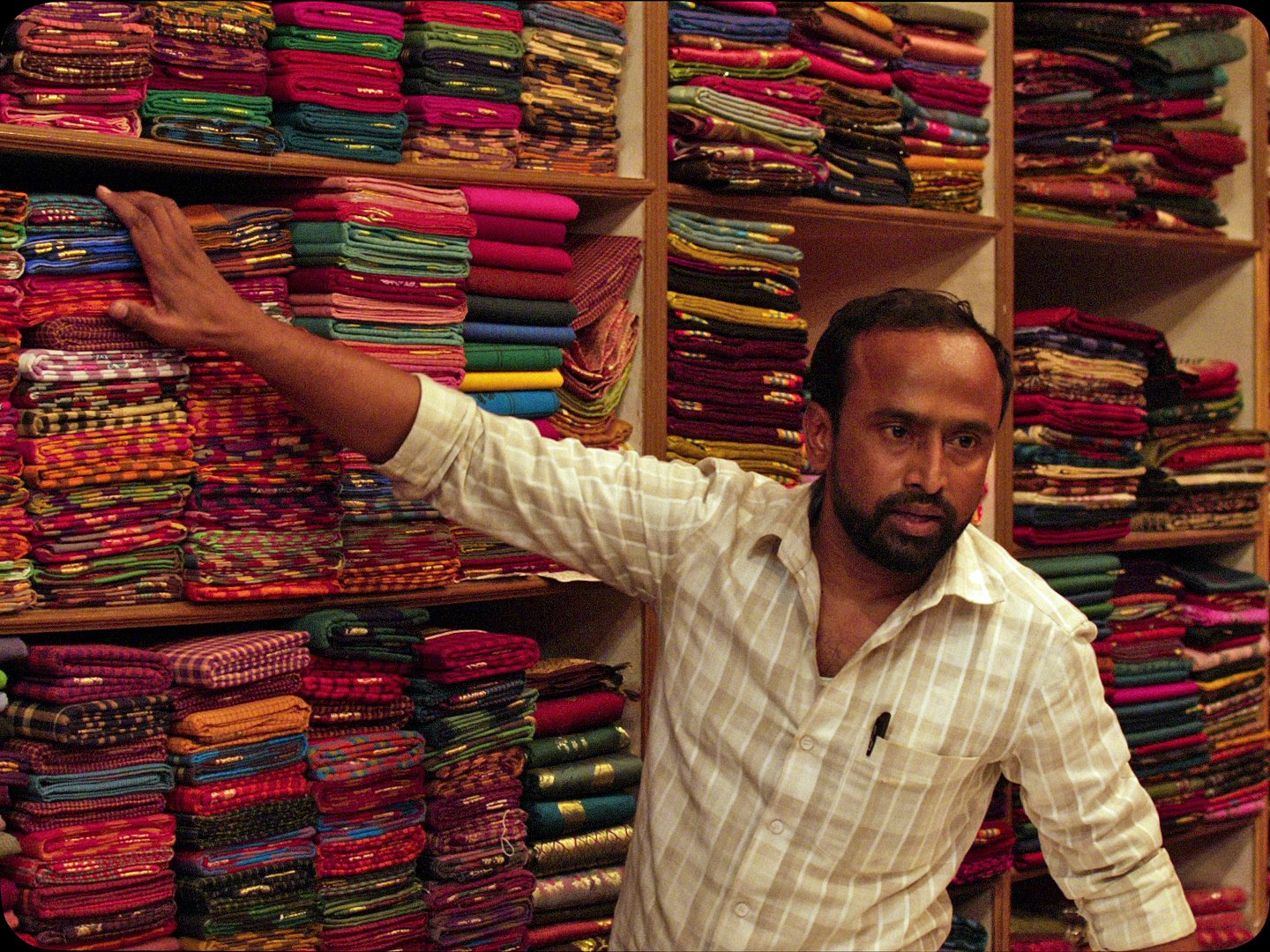 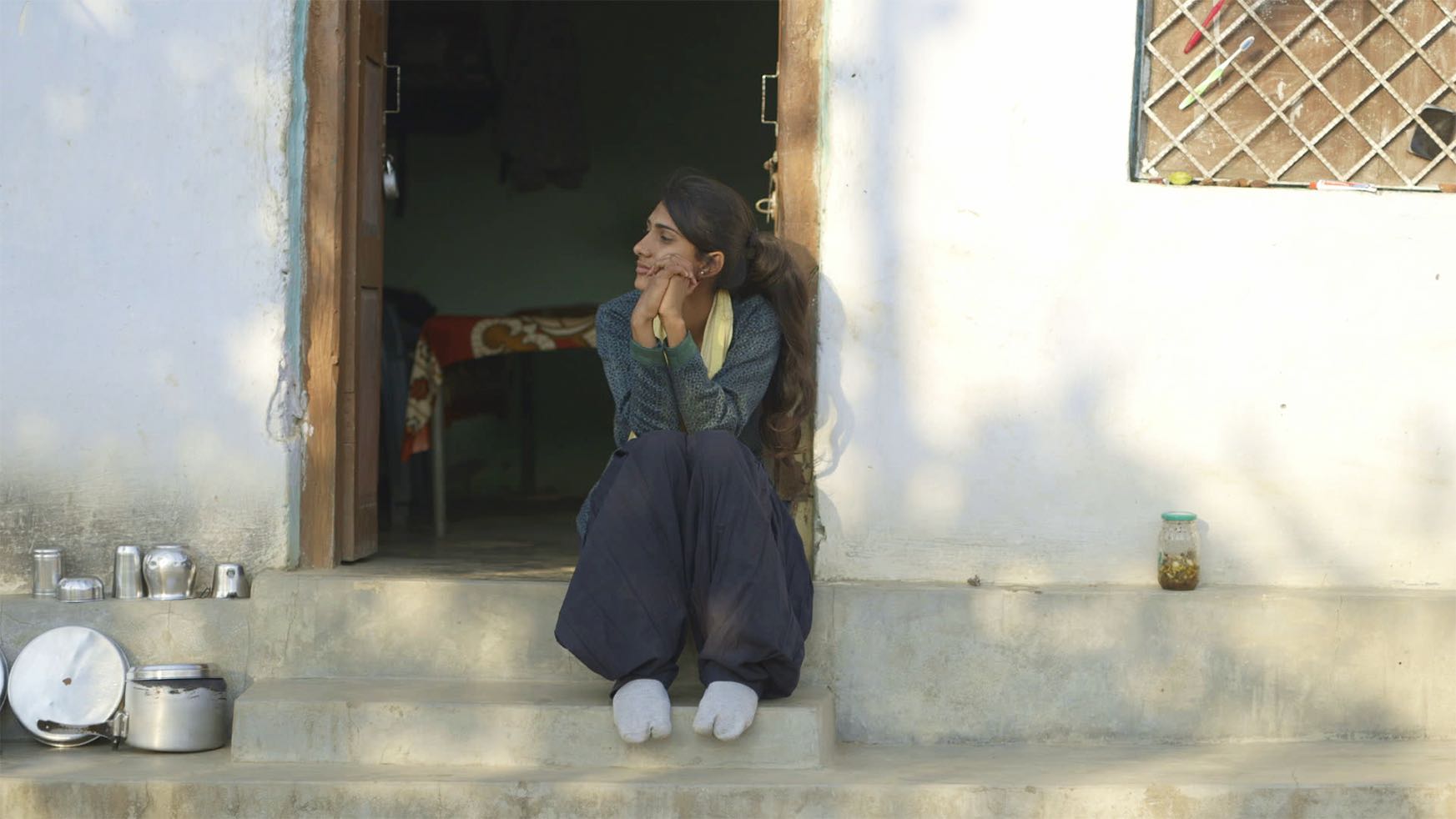 Synopsis: In the Himalayan foothills, an 80-year-old woman and a 19-year-old girl are two of the seven remaining inhabitants of an abandoned village. The two women struggle with the choice to leave for alienating city life or continue living in a lonely village. 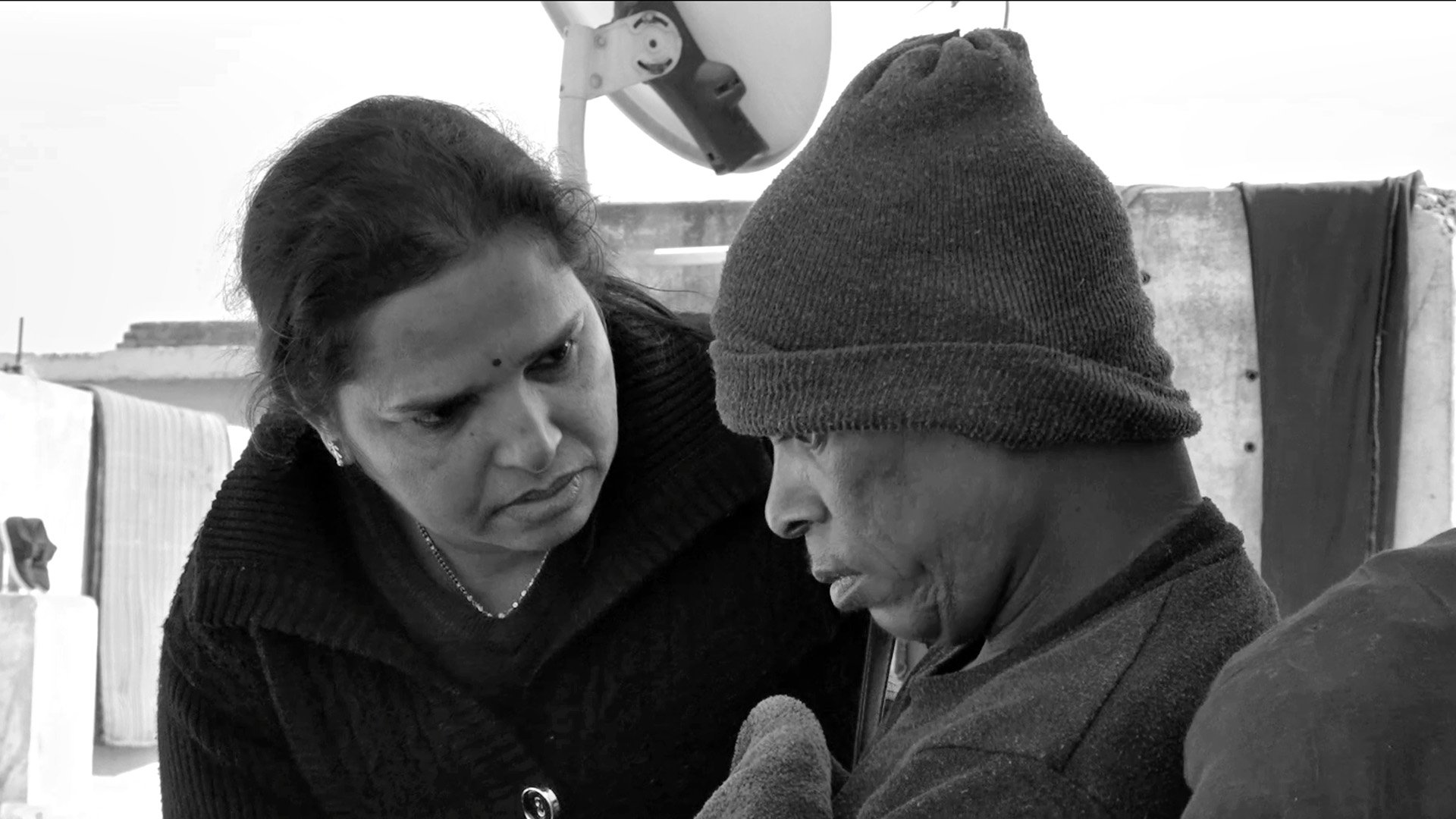 Synopsis: A palliative care team visits homes of terminally ill patients to help them come to terms with the inevitability of death.

Synopsis: Bindu and Girish are a seemingly typical middle-class working couple in an urban setup in India with an 8 months old baby girl, Pinki. One day when Bindu returns home very early from office, she discovers to her horror that Pinki is not home and neither is the maid Sannamma who is supposed to be taking care of Pinki. Thus, begins a frantic day of a search that takes her to strange places, people, social realities, forcing her to confront her past, present, and future. 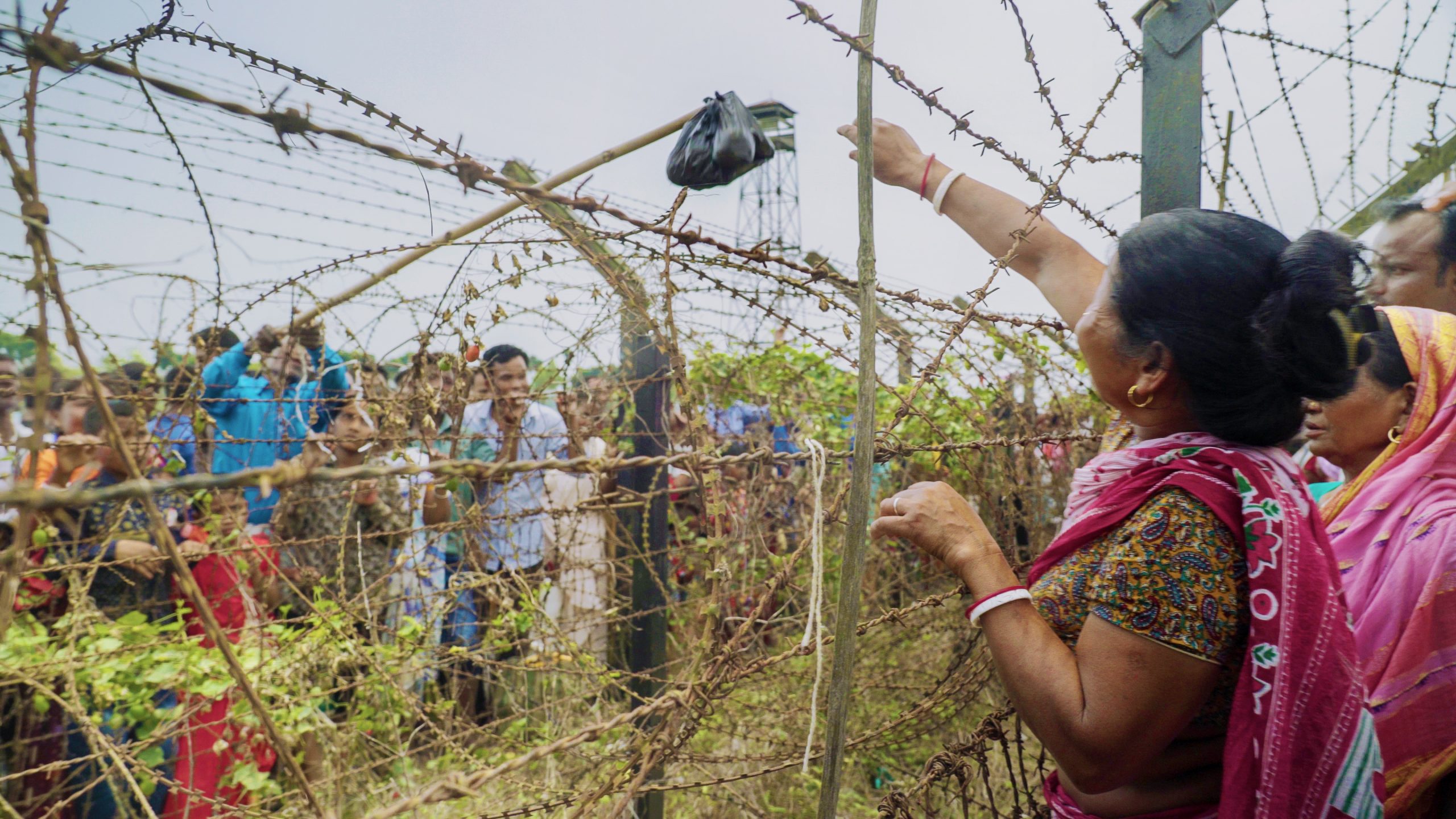 Synopsis: An intimate exploration of how everyday lives intertwine with borders in the Indian subcontinent.

Related to MAMI 2020 – The Reincarnation Of Indian Cinema

Synopsis: ‘Abharkha’ literally translates to desire; a strong feeling of wanting to have something. The story travels through the journey of two characters Milan and Mira, wherein we find childish affection, the needs of a capitalist village, and a woman’s stoic resilience and grit. Milan is a quiet and aloof child who shares a unique bond with his mother and a blind teacher, Girish Sir at school. They guide him through life in their own simple ways. Mira’s story of resilience captures her personal and professional battles as she holds on stoically through her journey in an isolated marriage. The story is a tapestry of small moments of smiles, hidden anguish, cries and whispers of Milan’s constant struggle and of Mira’s hope. It succeeds and fails, but eventually lies in the moments in between.

Synopsis: An alcoholic bank employee Freud (38) from Chennai has to solve a strange mystery: why did he wake up one morning with a horse’s tail? To figure out the mystery behind the horse’s tail, he embarks on a journey through his dreams, illusions, and memories encountering several peculiar characters. A transient woman Van Gogh takes us to a time when dawn broke over trees and mountains, not houses of stone. Meanwhile, there is a brutal murder, with the identity of the victim and perpetrator a riddle. 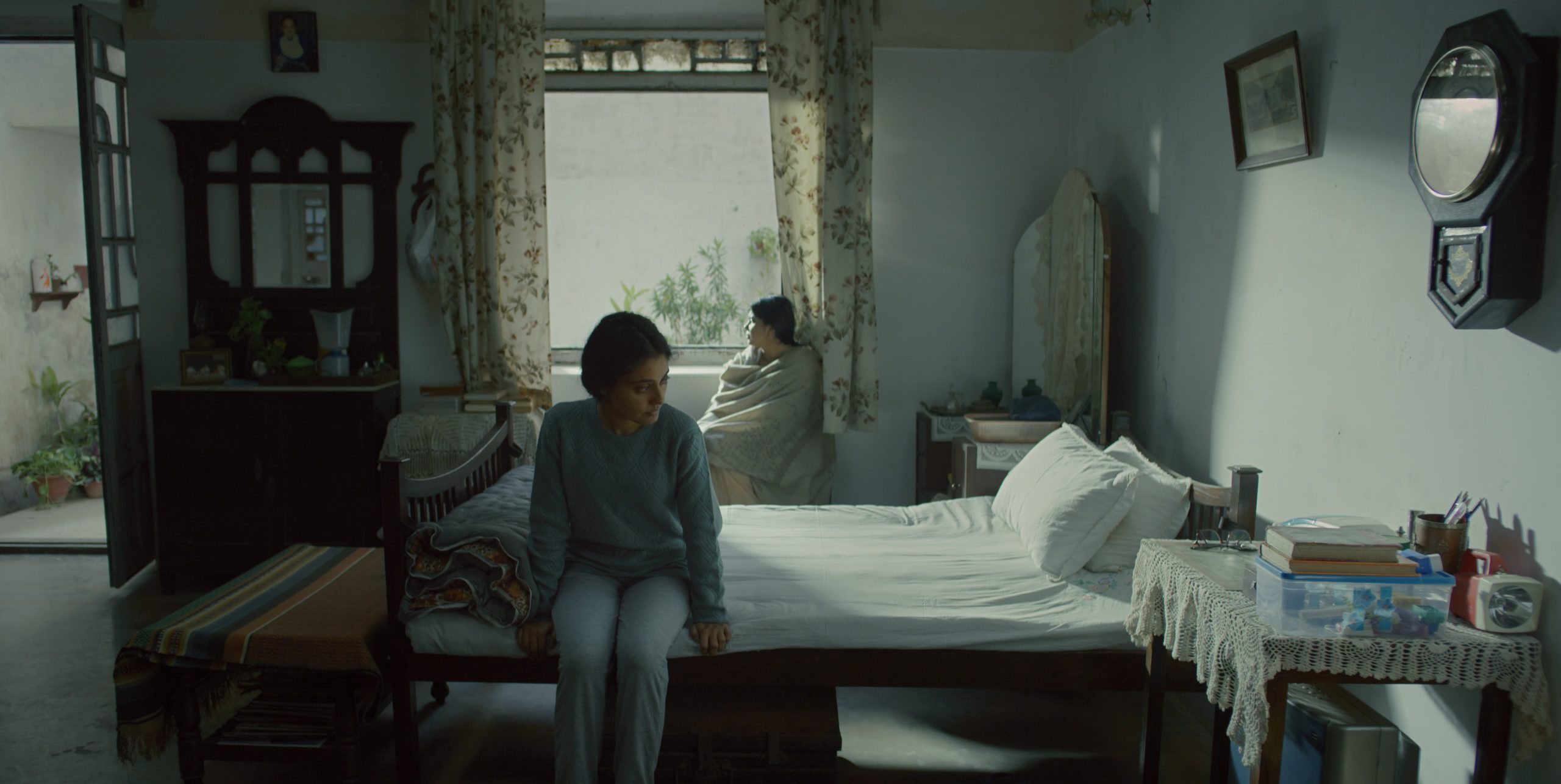 Synopsis: Allahabad is in the throes of change as a new era sets in with the city being renamed. Looking at development in the eye, an ailing Madhav Chatterjee battles to keep his decrepit single screen theatre alive. His daughter Mampu tends to her father but finds him immersed in the past. The theatre contains within its crumbling walls an entire childhood and her most anchored friendship. Much like a river disappearing, the gentle flow of memories is held ransom by demands of the present. As the last few strands of her identity trickle out of the theatre, Mampu struggles to find a sense of belonging in her shapeshifting hometown.

Synopsis: A dark, twisted tale of a photographer fighting against the odds to put his picture in an art gallery, fate takes him down a series of unfortunate events revealing mankind’s psyche, as his world crumbles down.

Synopsis: The documentary tells the story of Balika, a house help, who has been working for more than 15 years.

Synopsis: A 15-year-old boy narrates his experience of being a part of a kite runners’ community in Mumbai. Sohan tells us about the days he spent collecting kites on the streets and why he will eventually stop being a kite runner as he is growing up.

Synopsis: Cameraman Devdutt and Reporter Govind Ahuja cover the news of a 14-year-old girl’s divine conception through a series of interviews.

Synopsis: His mother died the moment he was born. His father died the day he decided not to accompany him on a run. He thinks he’s a curse to them and runs in regret in this live-action and animation short. 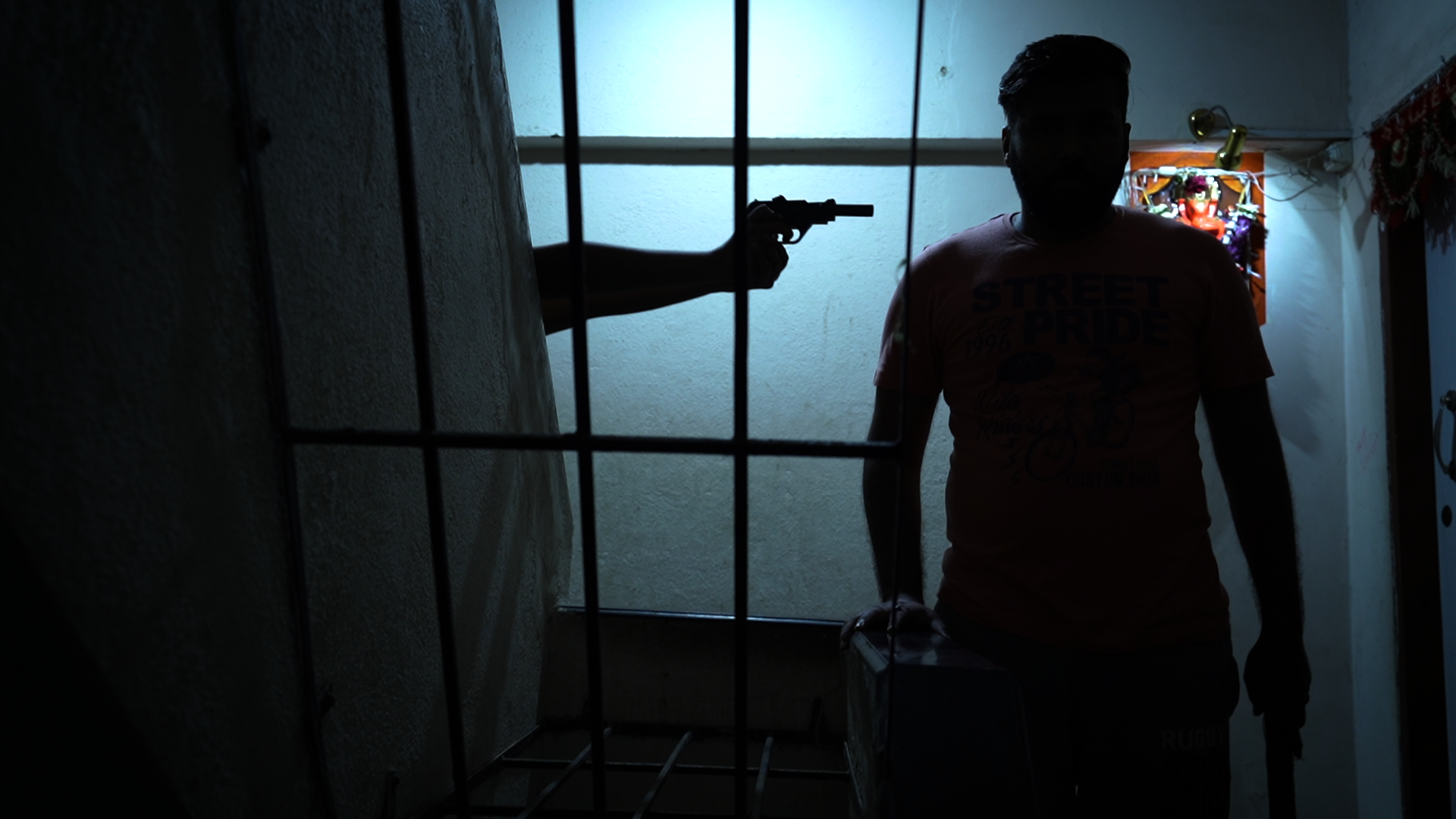 Synopsis: Sameer Desai, who is a journalist residing in a flat in Mumbai, comes across a piece of extremely highly classified information. After researching for several months, he finally gets the required evidence and documents to expose a scam that is bound to create havoc. However, things are not as they seem and certain emotions, fear and suspicions are going to come in the way of the exposé.

Synopsis: Baburao Ladsaheb is a messiah for his underprivileged students in Dharavi. He teaches them acting for free, takes them to auditions and helps them get a break. This is a story of his and the children’s struggle and achievements.

Synopsis: A mother in conversation with her filmmaker son, explores the idea of home, summarising the thirty years she’s spent in Mumbai.

Synopsis: While soldiers fight at the borders, we forget they have families too. Presenting a hard-hitting tale about a beautiful relationship between a father at the border and his child that awaits his arrival.

Synopsis: On a late-night, in a plush suburban apartment, a married couple stands in an embrace as they overlook the body of a dead man! An empty safe, a bag full of jewelry and the pool of blood around the victim’s head suggest the possibility of an intrusion gone wrong. But is there more to it than what meets the eye?

Synopsis: Carlos (35) is a hard-working real estate agent in the megalopolis of Mumbai. One eventful day brings him face-to-face with the deep schism that exists between the two cities that live side-by-side within Mumbai – the city of the haves with their towers and the city of the have-nots with their slums. Carlos realizes that the city he’s selling to others is forever closed to those like him.

The Mentor [2020] Review - Meta-cinema at it's most pretentious