2019 hasn’t been so rewarding for Hindi film fans. Despite ‘Gully boy‘ and ‘URI: The Surgical strike’ strike a chord with masses, rest of the other latest Bollywood movies released in the first half of 2019 failed to impress. It includes a historical epic movie ‘Manikarnika’ starring Kangana Ranaut; ‘The Invisible Guest’ remake ‘Badla’ starring Amitabh Bachchan and Taapsee Pannu; much-hyped movie ‘Thackeray’ based on the revered political figure Balasaheb Thackeray (Nawazuddin Siddiqui immortalising him on the celluloid); lacklustre romantic drama ‘Kalank’. All eyes are set on the upcoming Bollywood movies to restore the hope of millions of fans who are disappointed in the first half of 2019.

Among the latest Bollywood movies, Salman Khan’s eponymous Bharat and the controversial ‘Kabir Singh’, the remake of Arjun Reddy, got leaked online and were available for free download. Despite the setback, Kabir Singh came out with flying colours and earned 100 Crs. at the box office within the first five days of its release. Here are the handpicked upcoming movies of Bollywood that we are excited for. You can find the complete list of upcoming Bollywood movies releasing on Wikipedia – List of Bollywood Films of 2019.

Khurrana who has had a dream run on the box office in 2017 – Following his critically acclaimed successes in Sriram Raghavan’s Andhadhun & Amit Sharma’s Badhai Ho, Ayushman will be seen as a police inspector handling the case whose mysteries lie on the pedestal of the country’s long-drawn caste-system.

The film is based on Article 15 of the Indian Constitution, which prohibits discrimination on grounds of religion, race, caste, sex or place of birth.  Article 15 takes inspiration from true life events.

Other movies releasing in July 2019

Richa Chadha, Akshaye Khanna and Meera Chopra team up for a courtroom drama around the misuse of Section 375. Section 375 is an-anti rape law in India. Richa, last seen in Cabaret, plays a public prosecutor standing against a defence lawyer Akshaye, defending a film director, played by Rahul Bhatt. B.A. Pass (2012) director, Ajay Bhal will direct the film and music giant T-Series will present it. It will hit the theatres on August 2.

Other films releasing in August 2019

10. Made in China | Director: Mikhil Musale

In a career spanning eight years, Rajkummar Rao has established himself as a character actor who would go to any length to get into the skin of a character. In an upcoming movie ‘Made in China’, that is scheduled to release on 30th August, Rajkummar plays a Gujarati businessman who travels to China to increase the business. Mikhil Musale, known for National Award winning Gujarati film Wrong Side Raju, has helmed the direction of ‘Made in China.’

The film stars Sushant Singh Rajput and Shraddha Kapoor in the lead roles, and comprise of Varun Sharma, Prateik Babbar, Tahir Raj Bhasin and Nalneesh Neel as supporting actors. It’s a quirky comedy that will span within two generations.

Navdeep Singh has directed two films, relevant social-commentary sub-textual NH10 and political thriller Manorama Six Feet Under, and established himself as an exciting filmmaker. Saif Ali Khan is playing the role of transformed Naga Sadhu who is out to take revenge from his brother.

Mukkabaaz actor Zoya Hussain will star opposite to him. Laal Kaptan could be genre redefining revenge drama and given Navdeep’s choice of films, it could very well carry an underlying social or/and familial commentary. Laal Kaptaan will release on 6 September 2019. 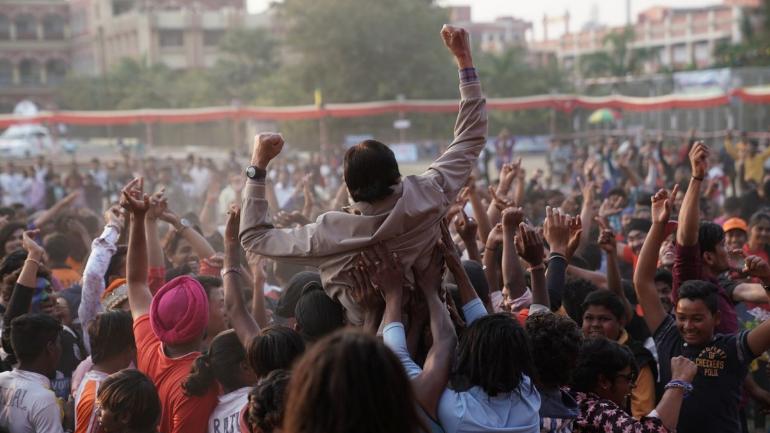 After rising to the unprecedented fame in Maharashtra for their tragic romantic drama ‘Sairat’ that exposes the casteism in rural India, Nagraj Manjule, Akash Thosar, Rinku Rajguru team up together for a sports drama.

Jhund is a biographical film based on the life of Vijay Barse, the founder of NGO Slum Soccer, and Amitabh Bachchan immortalised Vijay on the screen.

NGO Slum Soccer works for the upliftment of the underprivileged children from the Slums through organising the football matches. Jhund will hit the theatre on 20 September 2019, don’t forget to witness the Slum soccer in the theatre. 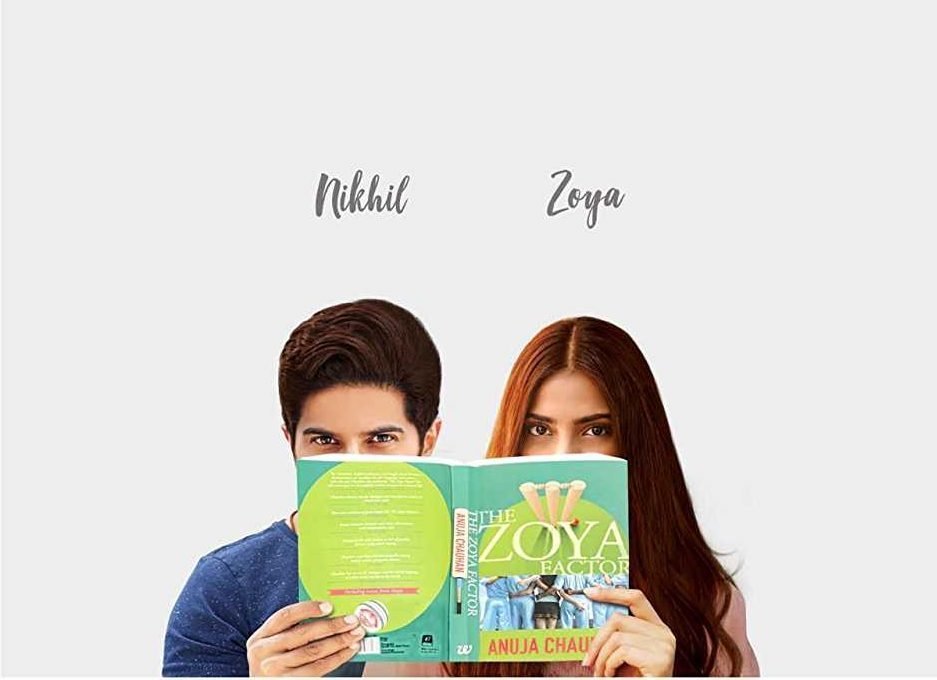 Screenwriter and director Abhishek Sharma, popular for his directorial films Tere Bin Laden: Dead or Alive and Parmanu: The Story of Pokhran, will direct The Zoya Factor, and Fox Star Studios is producing it.

Based on the novel of the same name, written by Anuja Chauhan, who is also helping with the screenplay of the movie, Sonam Kapoor will play Zoya Singh and Dulquer Salmaan will essay the role of the Captain of Indian Cricket Team, Nikhil Khoda.

It’s a romantic drama where Zoya, an executive of an Advertisement agency, falls in love with Nikhil during the World Cup 2011. 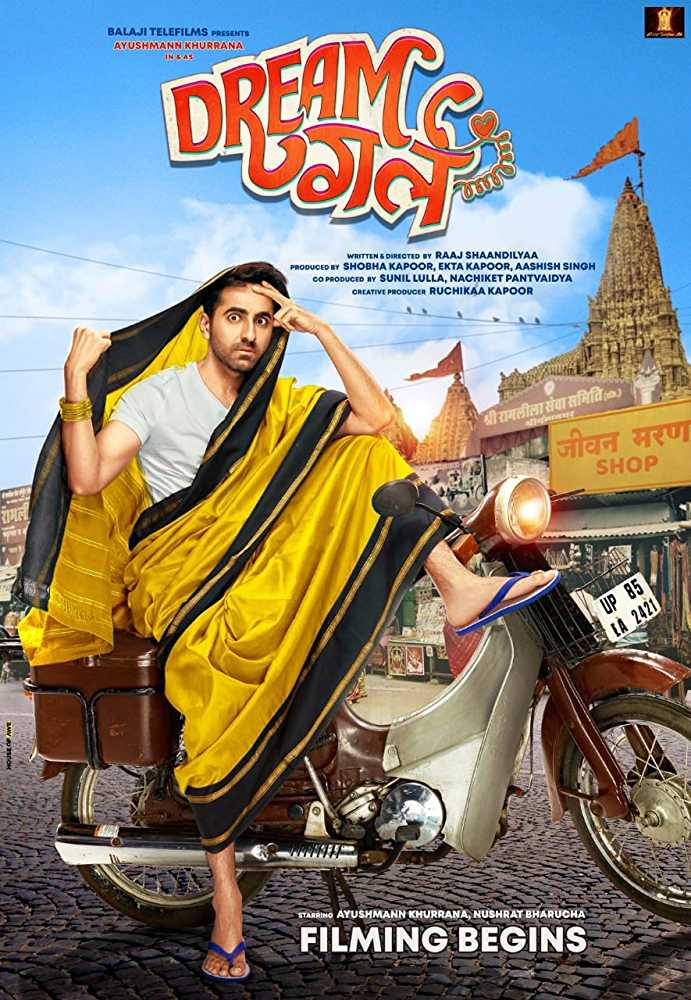 Blessed with an acting career comprising of unusual and quirky characters that any other actor would dare to take up, Ayushmann Khurrana has come a long way.

From playing a sperm donor to a married man suffering from erectile dysfunction, he has wisely chosen the characters and convincingly played them with his limited range of expressions.

“It is about a guy who is blessed with good vocal cords. He can take out two sounds. That will be really interesting in the film,” Ayushmann Khurrana revealed in a video interview to India Today.

Nushrat Bharucha will be starring opposite Ayushmann. Raaj Shaandilyaa will be making his directorial debut. Balaji Telefilms is producing ‘Dream Girl’ which will release theatrically on 13 September 2019.

The weird Bihari accent of Hrithik Roshan and subpar trailer of Super 30 make the pre-release anticipation quite weak. Hrithik Roshan’s fans will be eyeing for his next film ‘Fighter’ (rumoured title) that releases 2 October 2019, around the Dussehra festival in India.

Tiger Shroff will be sharing the screen with Hrithik Roshan for the first time. The official synopsis on Yash Raj Films reads, “Hrithik plays Tiger’s guru in this slick, face-off thriller that is expected to be a visual spectacle.”

The supporting cast includes Vaani Kapoor, Ashutosh Rana and Dipannita Sharma. Siddharth Anand will be directing the film based on Suresh Nair’s screenplay, and Aditya Chopra is producing it.

Based on the life of Aisha Chaudhary, author of the book ‘My Little Epiphanies’ and motivational speaker, The Sky Is Pink is an upcoming biographical drama directed and written by Shonali Bose.

Zaira Wasim, last seen in an empowering coming of age drama Secret Superstar, will play the character of Aisha Choudhary. The film also stars Priyanka Chopra and Farhan Akhtar in the lead role. The Sky is Pink will release on 11 October 2019.

Ayushmann Khurrana has carved the niche for himself. The career suicidal risk he has taken in the first few films of his career has paid off tremendously.

In Bala, he will be essaying the role of a man who is balding prematurely and how he deals with the situation and the people around him. Bala seems like another winner and I am most excited for this film among all the upcoming Bollywood movies releasing in 2019.

Amar Kaushik, popular for his comedy horror debut feature – Stree, will be directing this quirky comedy-drama starring Yami Gautam, Bhumi Pednekar in the leading role. Saurabh Shukla, Javed Jaffrey and Seema Pahwa will be in the supporting cast. Bala will release on 22 Nov 2019.

Ashutosh Gowariker’s upcoming film, Panipat: The Great Betrayal is an epic historical drama. It is about the life and sacrifice of Maratha warrior Sadashiv Rao Bhau. Producer Rohit Shelatkar researched about the Third Battle of Panipat for over five years before collaborating with the Swades filmmaker. Panipat cast includes Arjun Kapoor, Kriti Sanon and Sanjay Dutt and film will release on 6 December 2019.

Veteran artists like lyricist Javed Akhtar, actor Padmini Kolhapure, and cinematographer C.K. Muraleedharan have joined the team. Nitin Chandrakant Desai, who has worked on the production design and art direction with Ashutosh Gowarikar, Sanjay Leela Bhansali, Rajkumar Hirani, will be doing the Production design for Panipat.

Wings of Desire [1987] Review: World in the Eyes of Angels