Home»Reviews»Like Father, Like Son [2013] : A heart-melting story about Fatherhood
Reviews

“Like Father, like son” is Hirokazu Koreeda´s most acclaimed work; won the jury prize in Cannes festival and also the best director and best film prize in the Asia-Pacific Film Festival.

What would you do if you discover that your 6-year-old son is not your biological son? That he was changed with another baby at birth, therefore, your blood son has been raised for 6 years by another family. That’s the situation for Ryota (Masaharu Fukuyama) and Midori (Machiko Ono) a rich couple from Tokio. And also for Yudai (Lily Franky) and Yukari (Yōko Maki) a humble couple who owns a store. 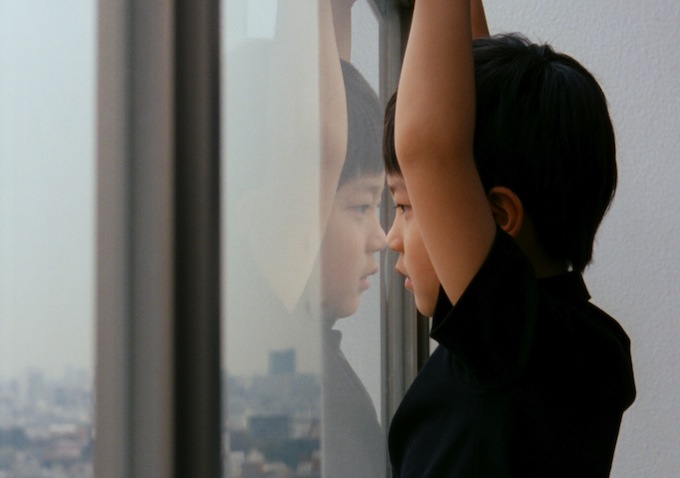 Define being a father? Define being a son? Which one is your child? The one you took care of and loved for years? Or the one that looks just like you when you were 6, who is genetically similar in aptitude and intimately behaves like you, even when he doesn’t know you?

Director Koreeda does a great job, while he addresses these questions, deconstructs certainties and deepens in parents doubts. He marks the path beautifully, delivering subtle hints – straws chewed by both the father and son,  a shared hobby in photography or a common frustration at playing the piano- lead us to contemplate the characters with empathy instead judging them.

Regrettably, after the first hour in the movie, the flow of information starts to lose a little strength and requires more concentration and patience from the audience, nevertheless the information it´s there and it´s important, but not as masterly delivered as in the first half of the film.

Koreeda is known for extracting great performances by working with children, (see “Nobody knows” – 2004 or “I wish” – 2011). But also gets the best from Masaharu Fukuyama who plays Ryota Nonomiya, a strict father who demands excellence from his son Keita.

Ryota is an economically successful man who always obtains what he wants, but his mechanism of independence are useless when he clashes to a profound sense of bond, both of blood and affection. Fukuyama performs an intense internal work trying to restrain the feeling of self-distrust. His character shatters at the same time when he finds a superior foundation mainly in Yudai, the other father who is played by Lily Franky. The contrast between both the characters coming from the different social background is marked constantly, funny, a bit cliché, but no more than the necessary. 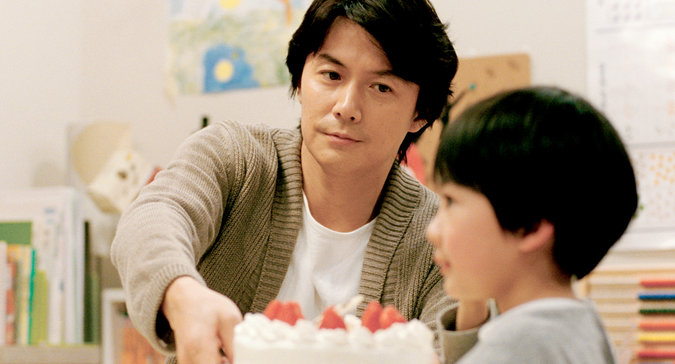 The movie switches from scenes inside the houses where particularities of each family are shown, to public places where both groups collide to discuss. As the story unfolds, members are allowed to get into the other family home merging a feeling of fuse belonging. The film is lightly accompanied by a piano playing simple melodies like the ones little Keyta is learning with his father, music periodically develops in intensity and complexity as the story does.

“Like father, like son” is a mature observation on the fatherhood, but also takes the subject to criticize materialism, social differences and to ponder acceptance, affection, and forgiveness in a realistic and profound way.

He has worked with his grandfather since the age of 16, as a assistant director. He is a musician and currently managing the Facebook page “el séptimo arte (https://www.facebook.com/Elseptimoarteok/)  which is a community of near to 300.000 people who love movies.