The MAMI Mumbai Film Festival has been known to shine a spotlight on fresh, new, and talented cinematic voices under their category ‘International Competition.’ 12 films directed by debutant filmmakers get a chance to be showcased under the country’s biggest film festival. These films are mostly picked according to their ability to universally submerge audiences into their unique cinematic voice. The festival’s promotional video promises that the aim of the section is to engage the audience by making them travel the world through the lens of cinema’s newest masters.

Here’s what we know about all 12 films playing under the section:

The first entry is the nearly 4-hour long Chinese feature An Elephant Sitting Still. The story links together the lives of a number of protagonists, narrating the course of one single, tension-filled day from dawn to dusk, and along the way, painting a portrait of a society marked by selfishness. Hu Bo, who tragically took his own life intended to say that it’s increasingly hard for us to have faith even in the tiniest of things, and the frustration from which becomes the hallmark of today’s society. The film builds up personal myths in between daily routines and in the end, everyone loses what he or she values the most.

Winner of the Best Director Award at the Sundance Film Festival, Icelandic director Isold Uggadottir’s And Breathe Normally is about two women whose lives intersect – for a brief moment – while being trapped by unforeseen circumstances. Between a struggling single Icelandic mother, and a political asylum seeker from Africa, an intimate bond will form as both fights to get their lives back on track. Islod Yggadottir says that she finds herself drawn to telling stories of women, minorities or ­under­dogs and is particularly interested in fictional narratives imbued with a sense of social realism.

Winner of the Bright Future Award at the International Film Festival Rotterdam, Brazillian director Tiago Melo’s Azougue Nazaré follows a group of men and women leading up to the carnival. As they wrestle with everyday problems, weird and maybe even supernatural events take place in the town. Who or what are the strange apparitions in the sugarcane field? The jury at Rotterdam awarded Melo’s film for its singular vision, electrifying cinematic language, depiction of the explosive coexistence between good and evil, and for its ability to incorporate supernatural elements in an almost anthropological portrait of a small community.

Winner of the Best Documentary Feature at the Tribeca Film Festival, Australian filmmaker Gabrielle Brady’s Island of the Hungry Ghosts is about Poh Lin and her family who explore the Christmas island’s powerful and threatening landscape as a disquieting sensation grows. Local islanders carry out their ‘hungry ghost’ rituals for the spirits of those who died on the island without a proper burial. They make offerings to appease the lost souls, who are said to be wandering the jungles at night without a home. Brady’s film overflows with empathy, poetry, and elemental power.

Winner of the Best Film award in the Orizzonti section of this year’s Venice Film Festival, Thai filmmaker Phuttiphong Aroonpheng’s Manta Ray is about a local fisherman who finds an injured man lying unconscious in the forest due to the aftermaths of a flood. He rescues the stranger, who does not speak a word, offers him his friendship and names him Thongchai. But when the fisherman suddenly disappears at sea, Thongchai slowly begins to take over his friend’s life – his house, his job and his ex-wife. Aroonpheng says that Manta Ray is more or less a continuation of his 2015 short film Ferris Wheel, which also deals with migrant workers and the porous border between Thailand and its neighbors.

Indian director Dominic Sangma’s MA•AMA revolves around the life of an aged man named Philip (85) who lives every day for 30 years in hope that one day he will be reunited with his wife in the afterlife. Depicting a man and his quest to do whatever it takes to retain the fading memories of his wife’s face from his mind, his quest demands him to face the things that he had avoided for thirty years.  Sangma’s film, which is an Indo-China production, also becomes the first film from Meghalaya and only Indian film to be selected in this year Mumbai Film Festival.

Winner of the Waldo Salt Screenwriting Award at this year’s Sundance Film Festival, American filmmaker Christina Choe’s Nancy is a provocative psychological thriller about love, intimacy, and trust – and what happens when lies become truth. Craving connection with others, Nancy creates elaborate identities and hoaxes under pseudonyms on the internet. When she meets a couple whose daughter went missing thirty years ago, fact and fiction begin to blur in Nancy’s mind, and she becomes increasingly convinced these strangers are her real parents. As their bond deepens, reasonable doubts give way to willful belief – and the power of emotion threatens to overcome all rationality. 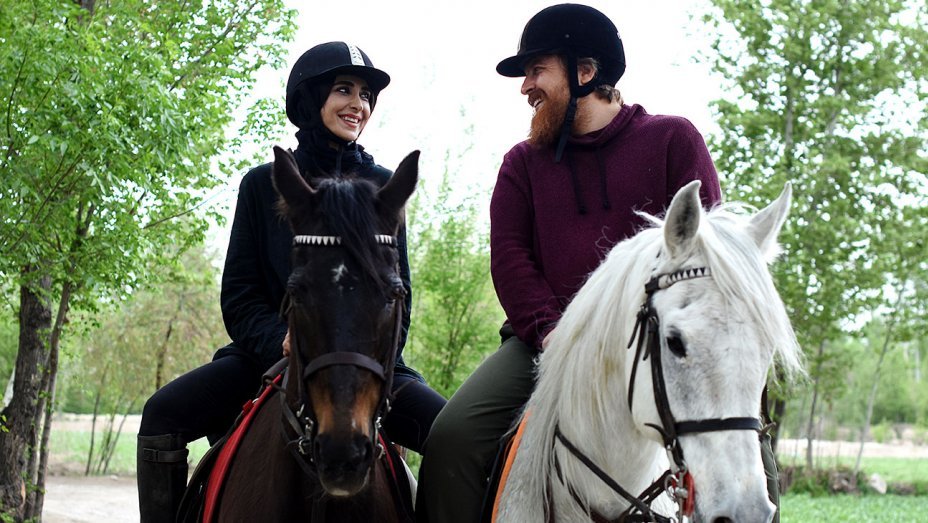 Iranian director Alireza Motamedi’s Reza revolves around Reza and Fati, who have separated after nine years of marriage. According to Islamic law they have three months and ten days to revoke their divorce if they change their minds. Reza, who still loves Fati, attempts to start a new life, but Fati will not leave his life, or his mind, so easily. Reza, an author, starts writing a story about his ancestors who years ago immigrated to the historic holy city of Isfahan. That story begins with a 100-year-old man, abandoned by his family and left to die in the desert.

Premiered under the Un Certain Regard section of the 2018 Cannes Film Festival, South African filmmaker Etienne Kallos’s The Harvesters is set in the South African Free State region which is an isolated stronghold to the Afrikaans white ethnic minority culture. In a conservative farming territory obsessed with strength and masculinity, Janno is different, secretive, emotionally frail. One day his mother, fiercely religious, brings home Pieter, a hardened street orphan she wants to save, and asks Janno to make this stranger into his brother. The two boys start a fight for power, heritage and parental love. Kallos’s film is a suffocating variation on the myth of Cain and Abel.

Triple winner at the Berlin International Film Festival, Paraguayan filmmaker Marcelo Martinessi’s The Heiresses revolves around Chela and Chiquita who both descended from wealthy families in Asunción, Paraguay, andhave been together for over 30 years. But after their recent financial situationthey begin selling off their inherited possessions. But when their debts lead to Chiquita being imprisoned on fraud charges, Chela is forced to face a new reality. Driving for the first time in years, she begins to provide a local taxi service to a group of elderly wealthy ladies. As Chela settles into her new life, she encounters the much younger Angy, forging a fresh and invigorating new connection. Chela finally begins to break out of her shell and engage with the world, embarking on her own personal, intimate revolution.

11. Touch Me Not | Director: Adina Pintilie

Winner of the Golden Bear Award for the Best Film at the Berlin Film Festival, Romanian filmmaker Adina Pintilie‘s Touch Me Not follows the emotional journeys of Laura, Tomas and Christian, offering a deeply empathic insight into their lives. Craving for intimacy yet also deeply afraid of it, they work to overcome old patterns, defense mechanisms and taboos, to cut the cord and finally be free. Pintilie’s film looks at how we can find intimacy in the most unexpected ways, at how to love another without losing ourselves.

Related – Touch Me Not [2018]: ‘TIFF’ Review – A Flawed yet Oddly Interesting Therapeutic Essay on Openness and Intimacy