Everything Coming To MUBI in April 2022:  Arriving this month is German director Dominik Graf’s timely period film Fabian: Going To the Dogs celebrated at last year’s Berlinale, and Pietro Marcello, Alice Rohrwacher, and Francesco Munzi’s stunning Futura (Venice ‘21, NYFF ‘21), which finds three of contemporary Italian cinema’s greatest talents crisscrossing their country as they interview teenagers about their hopes for the future, and Enviar Y Recibir, a short from rising filmmaker Cosmo Collins Salovaara, all streaming exclusively on MUBI.

Before Fish Tank and American Honey, British director Andrea Arnold directed shorts that offered a glimpse into her personal worldview and idiosyncratic style. Included this month are Milk, Dog, and her Oscar-winning Wasp. Actor/director Henry Jaglom (known for his collaborations with Dennis Hopper and Orson Welles) is featured in a series capturing his undefinable spirit, including post-Vietnam drama Tracks, NYC-comedy Can She Bake a Cherry Pie? and Someone to Love (featuring cinema’s final onscreen appearance from Welles). And, returning to celebrate its 10th anniversary, Lauren Greenfield’s iconic documentary The Queen of Versailles.

Plus, genre-defying auteur Sion Sono returns with the MUBI premiere of Red Post On Escher Street, a rollicking postmodern freakout from one of Japan’s most subversive filmmakers.

Additional highlights from the March lineup are as follows: 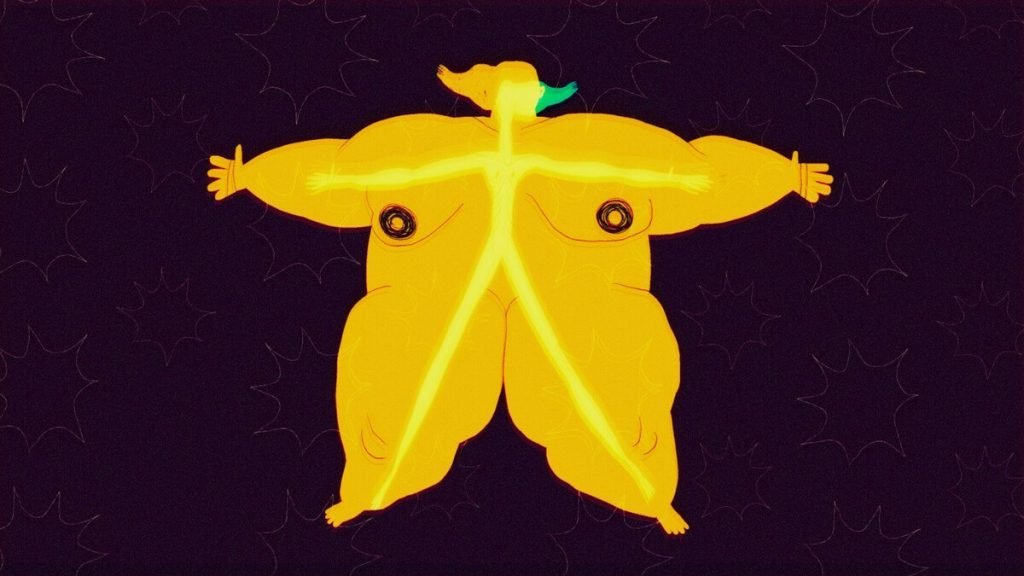 [Brief Encounters] An official selection at Cannes Cinefondation, My Fat Arse and I is a hallucinogenic wonder about a young woman and her mortal enemy: the bathroom scale. Utilizing eye-popping animation, director Yelyzaveta Pysmak uses this simple premise to create an entirely singular world that balances colorful characters, such as the Angel of United Bitches of Slimbuttlandia, with larger questions around body issues and beauty norms.

[MUBI Spotlight] The feature debut from Mario Furloni and Kate McLean, Freeland (SXSW ‘20), features a tour-de-force performance from Krisha Fairchild (star of Trey Edward Shults’ Krisha) as Devi, an outlaw pot farmer struggling to preserve her way of life. Set amidst the lush frontier of Northern California’s Humboldt County, the mythical birthplace of weed, Furloni and McLean take a documentary-esque look at the rapidly changing realities of the weed industry, and the destabilizing effects well-funded, industrialized competitors have on local growers as Devi’s idyllic farm descends into a dark well of paranoid fantasy.

[MUBI Spotlight] A highlight of last year’s Berlinale, Dominik Graf’s Fabian: Going To the Dogs creates an epic portrait of Weimar-era Berlin in this dazzling adaptation of Erich Kästner’s classic novel. The film follows Jakob Fabian (Tom Schilling), a charmingly cynical aspiring novelist moonlighting as a copywriter, who falls in love with Cornelia (Saskia Rosendahl), an aspiring film actress, as their careers begin to diverge against a backdrop of ascendant Nazism. The result is both a moving melodrama and a grand portrait of the times, featuring a freewheeling range of cinematic flourishes that help plant one foot in the Berlin of today and the other in the darkening twilight era of the early ’30s.

[Franz Rogowski] Somewhere, high in the Austrian Alps, evil stirs. Produced by Austrian film legend Ulrich Seidl and featuring a transformative performance from Franz Rogowski, Luzifer (Locarno ‘21, Fantastic Fest ‘21), takes inspiration from the true story of an exorcism to craft a dark and twisted fable about the collision of nature and modernity. Johannes (Rogowski), a man with the heart of a child, lives a secluded life with his mother dominated by religious fervor, whose idyllic world is turned upside down when a developer begins buying up the land around them, unleashing hellish consequences.

[MUBI Spotlight] A collaboration between three of the most exciting filmmakers currently working in Italy, Futura (Cannes Directors Fortnight ‘21) sees Pietro Marcello (Martin Eden), Alice Rohrwacher (Happy as Lazzaro), and Francesco Munzi (Black Souls) interviewing a cross-section of their country’s youth, asking 15 to 20-year-olds what they think about the future, or whether they even believe in one at all. Shot on luminous 16mm, these conversations form a candid and moving portrait of a generation grappling with global uncertainty, whose resilience, intelligence, and expressiveness nonetheless inspire a sense of hope for what comes next. 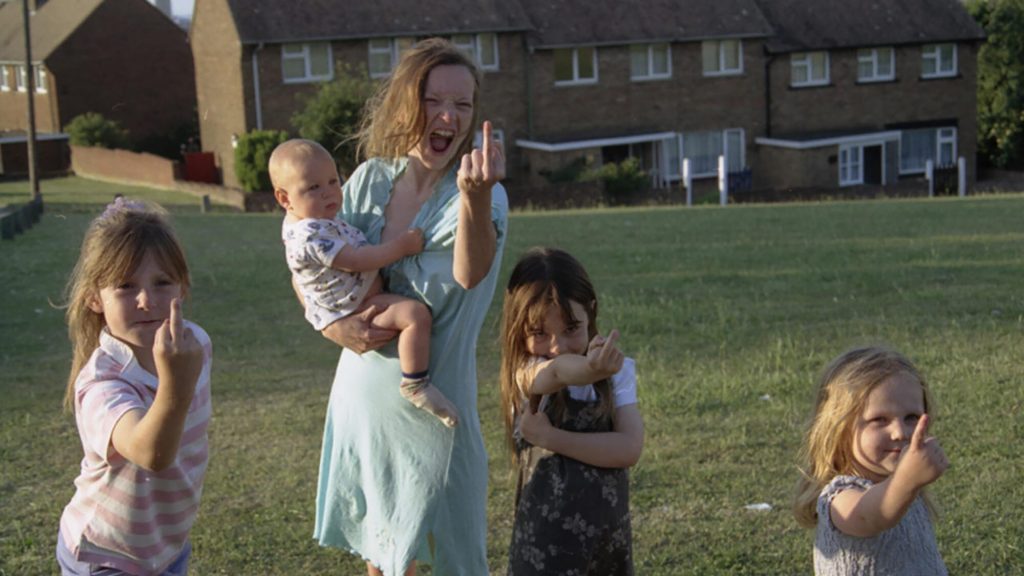 Ahead of the release of her forthcoming documentary Cow, three of Andrea Arnold’s breathtaking shorts are presented here, all of which quickly established her as one of the most vital and direct filmmakers working today. Milk and Dog show Arnold’s intense focus on kitchen sink issues of working-class Britons, and her Oscar-winning Wasp, broadens and expands her focus to cosmic levels, the reverberations of which can still be felt today in her most recent work.

Method in the Madness: Three by Henry Jaglom

English-born and Los Angeles-established independent filmmaker Henry Jaglom is one of the most misunderstood filmmakers of his generation, having begun as an actor under Lee Strasburg and performed in films by Dennis Hopper and Orson Welles. Welles appears in two films by Jaglom, Someone to Love and Can She Bake a Cherry Pie?, and Hopper in Tracks. Jaglom is an actor’s director and the three films presented here capture the director’s strongest qualities and influences.

Double Bill: SICILIA! and WHERE DOES YOUR HIDDEN SMILE LIE?

Legendary filmmaking partners Jean-Marie Straub and Danièle Huillet edit their painterly and lush Sicilia! in Pedro Costa’s Where Does Your Hidden Smile Lie? one of the great films that fully understands and documents the creative process. Presented together, these two masterpieces challenge and uplift each other equally, and the camaraderie among the trio of directors–aesthetically, politically, emotionally–is palpable.

Where Does Your Hidden Smile Lie? – April 11
Sicilia

Related to Everything Coming To MUBI in April 2022 – The Locust (2022): ‘SXSW’ Review – A movie about the love of the art and its creators

Franz Rogowski has steadily solidified his place as the most exciting European actor of his generation. In anticipation of the May 6 streaming premiere of Great Freedom (A MUBI Release), featuring one of the actor’s best performances, a series showcasing his transformative work begins this month, including recent festival hit Luzifer, which finds Rogowski adopting a childlike grace as his idyllic mountain life becomes the site for a spiritual battle between Heaven and Hell. Rounding out the series are Thomas Stuber’s Berlin prize-winning workplace drama In the Aisles and, of course, Christian Petzold’s thrilling existential masterpiece Transit, which is arguably Rogowski’s international breakout, in one of the finest films of the last decade. 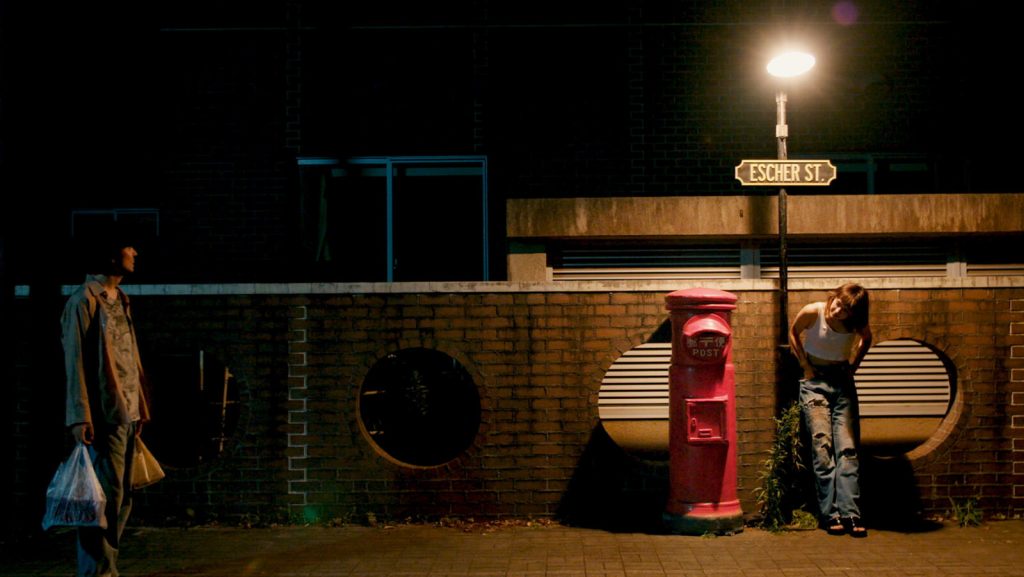 The latest work from legendary genre maven Sion Sono (Why Don’t You Play In Hell?), Red Post on Escher Street is a return-to-roots film for the director whose career has careened between madcap comedy, horror, rap musicals, and more. Propelled by a New Wave exuberance, this story of a genius film director whose open casting call causes his new studio-backed project to quickly spiral out of control, develops, in typical Sono fashion, into a boldly subversive affair. The result is an exhilarating postmodern comedy that forms a love letter to film, filmmakers, and the performers who bring it all to life while reminding us that Sono remains one of the most versatile and distinctive directors working today.

[The Unusual Subjects] This month, MUBI is proud to celebrate the 10th anniversary of Lauren Greenfield’s blockbuster documentary Queen of Versailles. This explosive look at the world of time-share mogul David Siegel, his wife Jackie, and their quest to build a 90,000 sq. ft. palace, the largest privately-owned house in America, became a direct lens onto what would become the 2008 financial crisis. This tale of rags-to-riches to rags again, told with a Shakespearean sense of tragedy, serves as a cautionary reminder of the dangerous bubble formed by speculative real estate prices and cheap credit, and 14 years later remains more relevant than ever.