Everything Coming To MUBI in March 2022: MUBI, the global distributor and curated film streaming service, has revealed its lineup for March 2022, including premieres, double bills, and exclusive releases.

With the 94th Academy Awards around the corner, MUBI is taking a look back through Oscars® history to offer a diverse range of lauded films. Kicking off the series is the Mel Brooks classic showbiz farce The Producers, an enduring Best Original Screenplay-winner about the theater world that ironically became one of Broadway’s biggest hit musicals. The female-directed Jesus Camp earned a 2006 Best Documentary nomination, offering a haunting look at a Christian summer camp. Also in the series are Mexico’s entry into the 2001 Academy Awards®, Amores Perros, the breakthrough film from director Alejandro González Iñárritu plus Jean Renoir’s WWI classic Grand Illusion, the first International film to earn a Best Picture nomination.

Chadian director Mahamat-Saleh Haroun’s latest film, the acclaimed Lingui, The Sacred Bonds, has its exclusive streaming release along with a curated series highlighting his past films, including the brotherhood drama Abouna, the Cannes Jury-Prize winning A Screaming Man, and petrol-smuggling portrait Grisgris.

Lee Grant (In The Heat of the Night, Valley of the Dolls) is one of the last surviving actors of the classic Golden Hollywood era, and after being Blacklisted, made the rare industry pivot to launch herself as a formidable documentary filmmaker. This series explores the breadth of Grant’s work such as bank strike portrait The Wilmar 8, true-crime expose When Women Kill and a pioneering portrait of transgender individuals What Sex Am I?, finishing with her Academy Award-winning Down And Out In America, about the systemic failures leading to poverty in the US.

Additional highlights from the March lineup are as follows:

Everything Coming To MUBI in March 2022:

MUBI Catalog differs from country to country, what’s playing in the USA may not be playing in India and Vice Versa. The same goes for users from any other country. However, you can access all the films listed under MUBI in March 2022 by using ExpressVPN. ExpressVPN is fast, secure, and unlocks MUBI catalogs from around the world. Get ExpressVPN from one of these exciting deals. 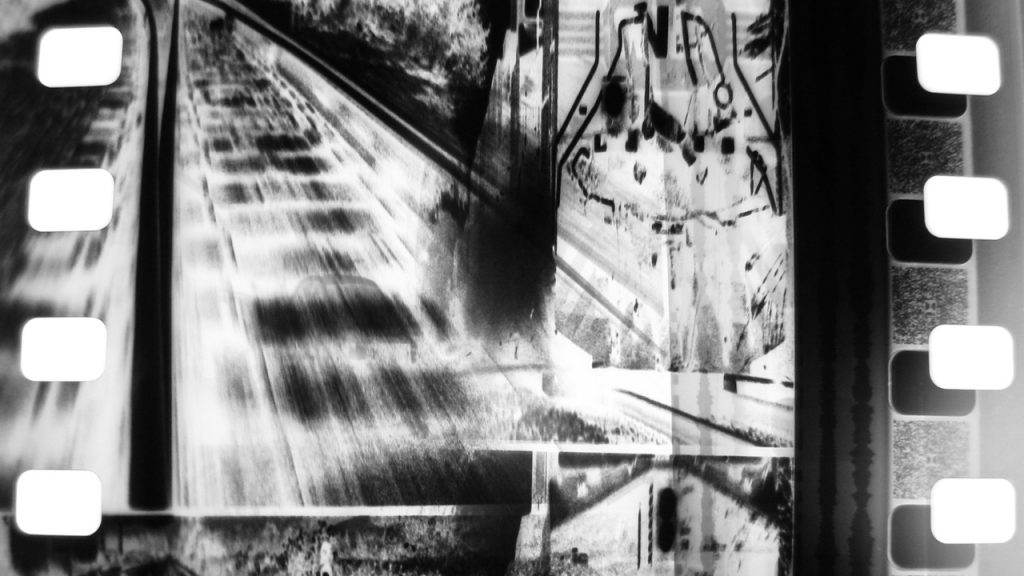 [Brief Encounters] An official selection at the 2021 Cannes Directors’ Fortnight and Toronto International Film Festival, Viennese maestro Peter Tscherkassky returns with Train Again, his first film in half a decade. Traversing both the long history of railways and the filmic avant-garde, the result is a kaleidoscopic work that forms a rousing blast to the senses from one of our premiere experimental filmmakers, who joyfully reminds us of the everlasting power of cinema.

[MUBI Spotlight] In Isabella (Berlinale ’20) Matías Piñeiro continues his ongoing project of transposing the comedies of Shakespeare onto contemporary Argentina. Reuniting with regular collaborators María Villar as Mariel, a teacher with ambitions for the stage, and Agustina Muñoz as Luciana, a more established actress, Piñeiro refracts Shakespeare’s “Measure for Measure” in signature fashion, creating a visually stunning and structurally complex work about the ongoing battle between doubt and ambition that never discounts the possibility of a new beginning. 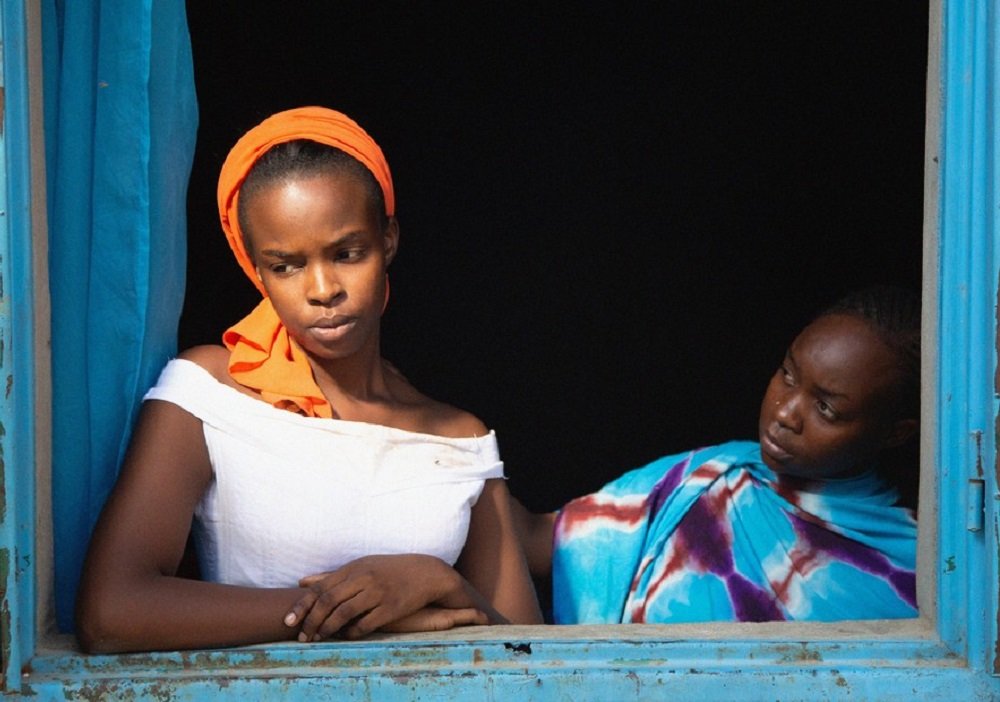 [Luminaries] An official selection at the 2021 Cannes Film Festival, Lingui, The Sacred Bonds follows determined single mother Amina, living on the outskirts of the capital of Chad, as she works tirelessly to provide for herself and her 15-year old daughter Maria. When Amina discovers Maria is pregnant and does not want a child, the two women begin to seek out an abortion, condemned by both religion and law. In the process, mother and daughter forge a connection stronger than any they’ve ever known. The latest film from celebrated director Mahamat-Saleh Haroun, Lingui is a stunning vision of female solidarity.

[Undiscovered] The haunting debut feature from a visual artist, photographer, and filmmaker Tim Leyendekker, Feast (IFFR ’21) takes on the infamous Groningen HIV case, where men were purposely drugged and injected with contaminated blood at parties. Across seven vignettes, Leyendekker weaves an astounding work of docufiction that cleverly remixes the true crime genre to create an unnerving look at the price of love.

THE POWER OF THE KANGWON PROVINCE 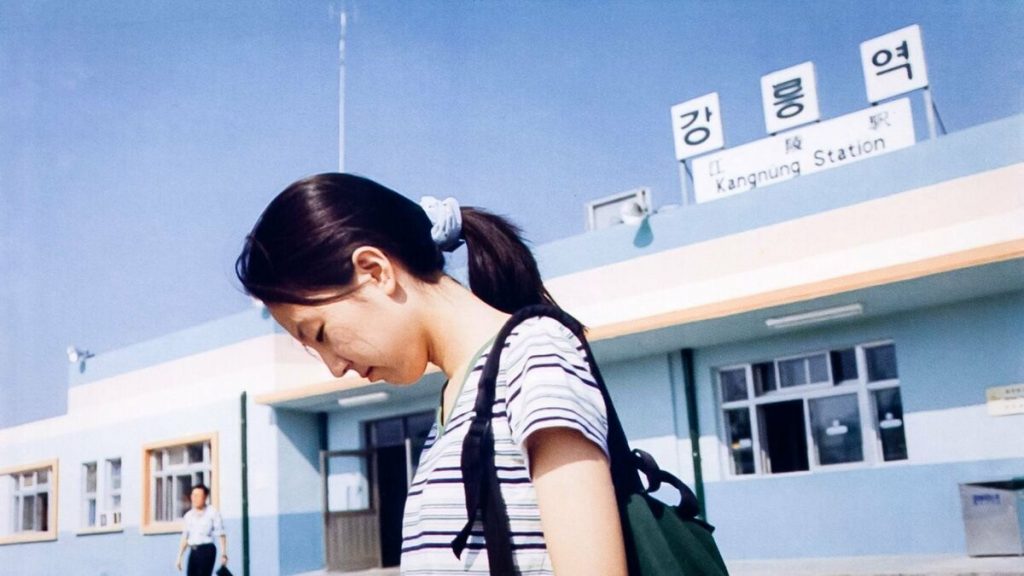 [Solving Puzzles: The Cinema of Hong Sang-soo] Presented in a beautiful new restoration, complete with a new translation, The Power of the Kangwon Province is the breakthrough second feature from acclaimed South Korean master Hong Sang-soo. Drunken squabbles over soju and regrettable sex abound in this diptych that follows recently separated lovers across a series of close encounters at a popular mountain retreat, with Hong playfully demonstrating elements that would become hallmarks across his prolific career.

The Power of the Kangwon Province – March 13 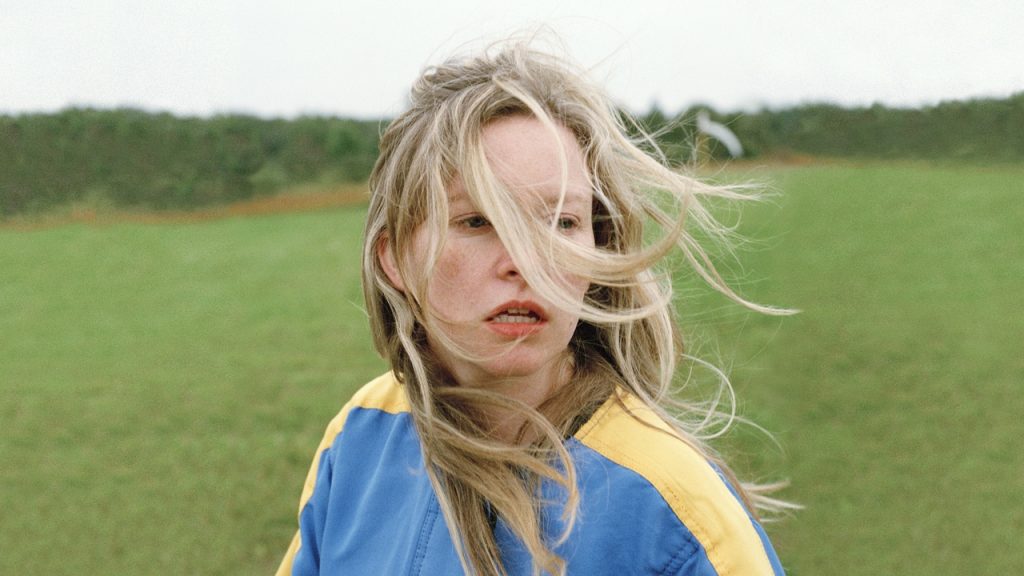 [MUBI Spotlight] Anne (Deragh Campbell, I Used To Be Darker) has a seemingly ordinary and stable life as a single daycare worker in Toronto. But after an overwhelming skydiving trip for her best friend Sara’s bachelorette party, the ground shifts beneath Anne’s feet. She starts to bring a carefree joyfulness to her conservative job, the effects of which spill over into her personal life. At Sara’s wedding, Anne meets Matt (Matt Johnson, Operation Avalanche) who takes to her offbeat, confrontational charms, but she soon finds herself pushing the limits of what’s socially acceptable. Anne at 13,000 Ft. (TIFF ’19) is a rigorous, volatile portrait of a young woman struggling to come down to earth, from director Kazik Radwanski (Tower).

[Viewfinder] A highlight from last year’s Cannes Critic’s Week, Julie Lecoustre and Emmanuel Marre’s Zero Fucks Given is a searing character study set around a budget airline worker in Europe. Filmed with documentary-like precision and anchored by a deeply humane performance from Adèle Exarchopoulos (Blue Is The Warmest Color), Lecoustre and Marre excavate the ways in which globalized commerce and the 24-hour service industry can strip us of our humanity in ways both subtle and profound.

Down and Out in America: Lee Grant’s Documentaries 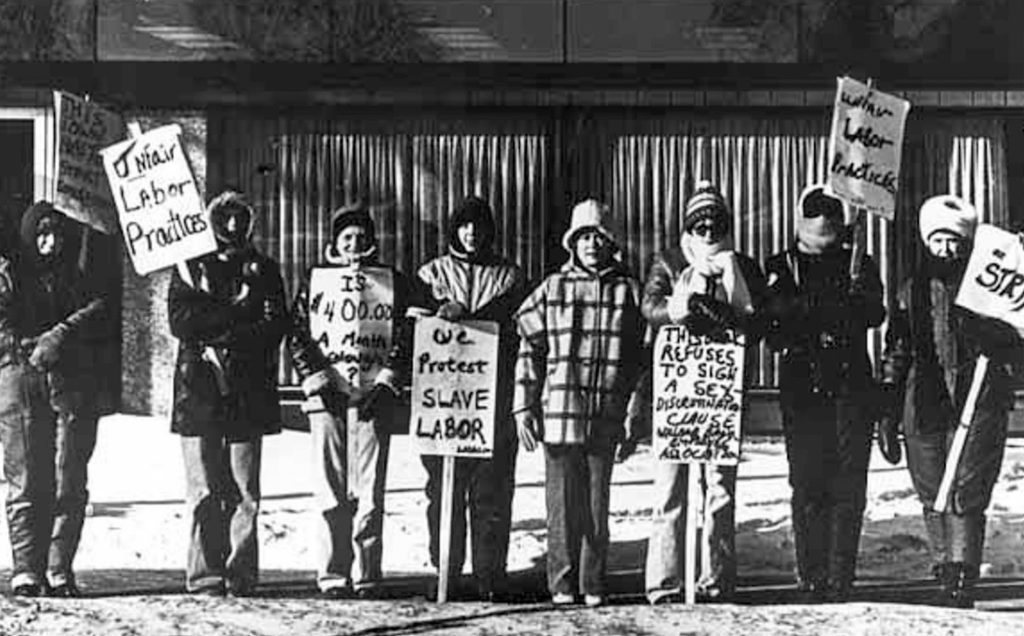 Blacklisted for over a decade, Lee Grant is best known for her Academy Award-winning performance in Shampoo and an expansive career that includes roles in films such as In The Heat Of The Night, Detective Story, and Valley of the Dolls. In addition to her career in front of the camera, Grant was an accomplished documentary filmmaker whose work challenged Reagan-era social norms. This month, we are proud to present a collection of Grant’s trailblazing documentary work, including her look at the longest bank strike in American history, The Willmar 8, her poignant prison expose, When Women Kill, her ground-breaking look at trans life in America, What Sex Am I?, and her Academy Award-winning Down And Out In America.

At eighteen years old, queer Black artist Edward Owens was studying painting, sculpture, and 8mm film at the Art Institute of Chicago when avant-garde master Gregory Markopoulous encouraged him to move to New York to pursue film. This month, we continue our retrospective of Owen’s surviving works, with Private Imaginings and Narrative Facts, which focuses directly on Owens’ mother has he investigates the gap between the homebound realities of life and desires for far-off luxury and refinement, and Owen’s first film, Autre fois J’ai Aime Une Femme, a work of towering and grim determination. 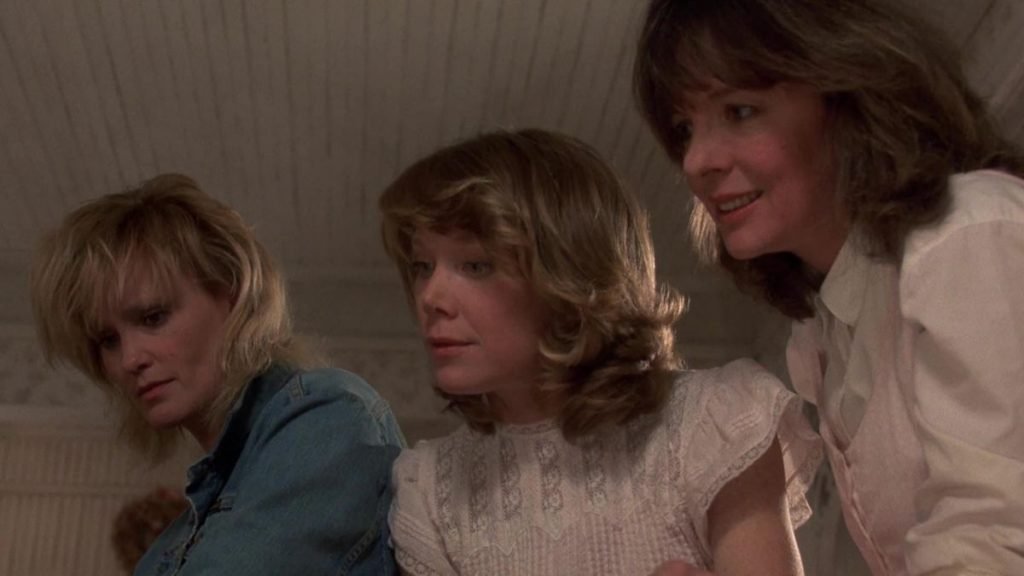 As we turn the spotlight to the upcoming 94th Academy Awards, while also taking a look back at the winner’s past. Best known for rousing crowd-pleaser Driving Miss Daisy, this month, we present a double feature from director Bruce Beresford that display his commitment to gentle-hearted character dramas seeped in emotionality, with his four-time Academy Award-nominated black-comedy, Crimes of the Heart, and Tender Mercies, his quiet masterpiece which was awarded the Academy Award for Best Actor for Robert Duvall and Best Original Screenplay for Horton Foote.

And the Oscar® Goes to…

Tales from the Fatherland: Films by Mahamat-Saleh Haroun 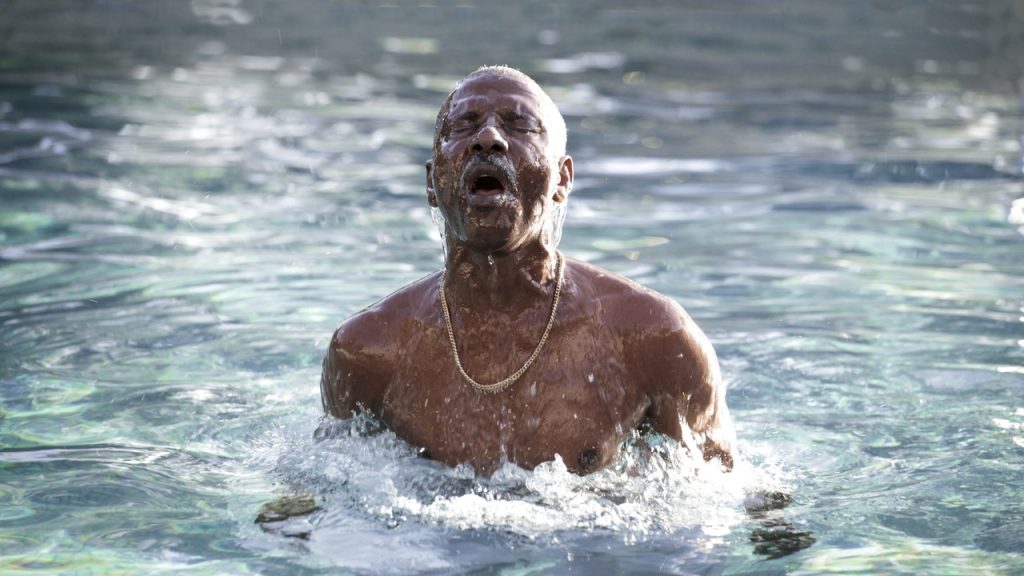 This month, acclaimed Chadian director Mahamat-Saleh Haroun’s latest work, Lingui, The Sacred Bonds, makes its exclusive streaming premiere on MUBI. To celebrate, we are proud to present three of the director’s most iconic works. In Abouna, brotherhood turns allegorical as Haroun deftly balances the personal with the political, while his Cannes Jury Prize-winner, A Screaming Man, takes inspiration from F. W. Murnau’s classic The Last Laugh in a powerful portrait of how social insecurity, poverty, and an ever-widening civil war tear a family apart, and in Grisgris, Haroun centers on a young man pulled into the dangerous world of petrol smuggling.

Complete list of films premiering on MUBI this month:

MUBI Catalog differs from country to country, what’s playing in the USA may not be playing in India and Vice Versa. The same goes for users from any other country. However, you can access all the films listed under MUBI in March 2022 by using ExpressVPN. ExpressVPN is fast, secure, and unlocks MUBI catalogs from around the world. Get ExpressVPN from one of these exciting deals.

Worst Roommate Ever [2022] 'Netflix' Review: Fictional Villains And Monsters Pale In Comparison To These Bad Roommates