The 2019 edition of the Fantasia International Film Festival will be held in Montreal from 11th July to the 1st August, showcasing some of the best horror movies in the genre.  It consists of over 130 films playing across three weeks. We have tried to make it easier for Fantasia attendees to choose from the best and listed 10 must-see movies at the festival. 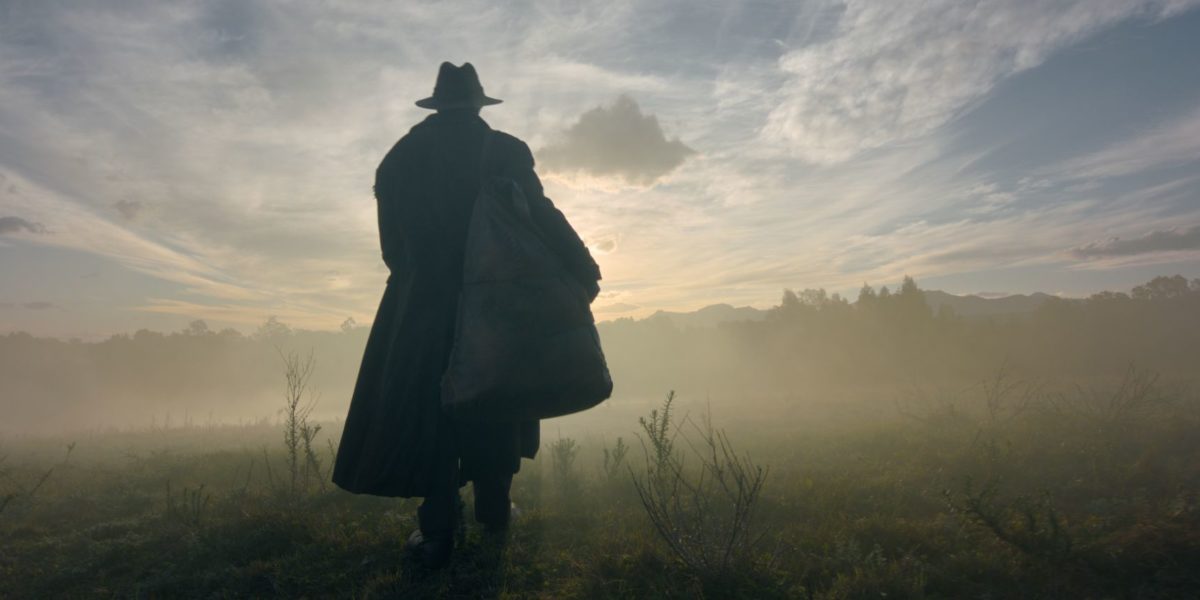 Synopsis: William Zeil is returning to his old family farm that he inherited from his father after suffering a crippling bankruptcy. With him he brings his wife Sarah and their young adopted daughter, Mary, hoping for a fresh start. They soon meet Lazarus, an old farmhand who looked after William’s father, who takes an immediate, almost paternal liking to Mary. It becomes evident that the local tribal leader has a considerable problem with Lazarus, as do many in the community. On his end, Lazarus has no shortage of his own problems — his wife having died in childbirth, his daughter later perishing in a fire, he is tormented in this terrible place of wounding memories and unrestful souls. Lonely… but, as the Zeil family will soon discover, never alone. 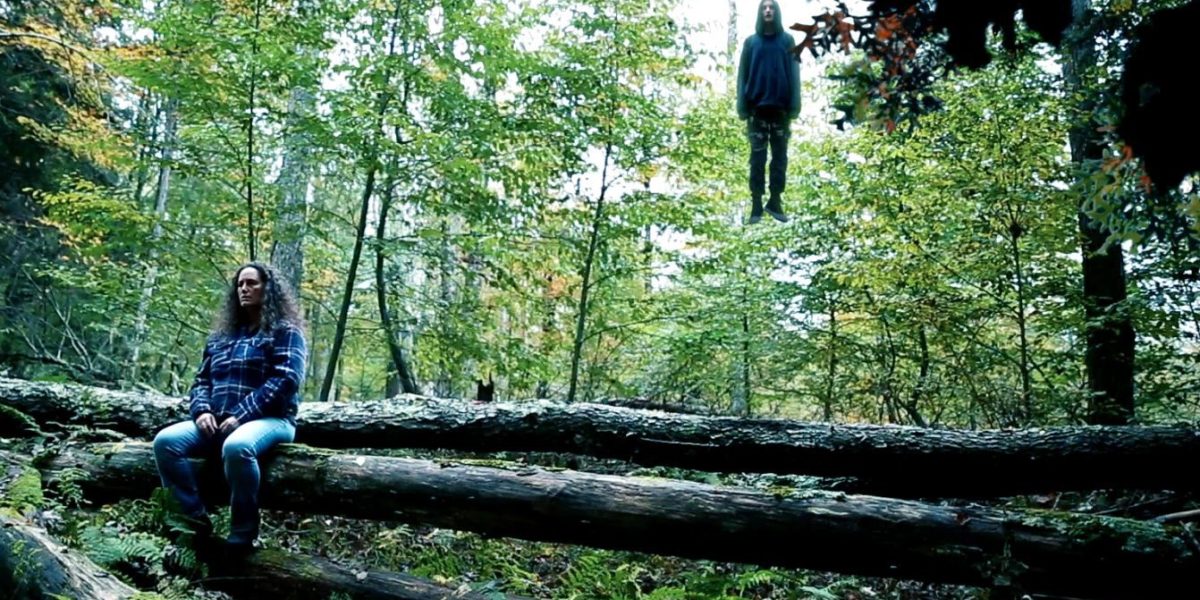 The shackles of grief are overwhelming in the harrowing DIY supernatural thriller THE DEEPER YOU DIG. In the aftermath of a roadside accident, the line between the living and the dead collapses for a mother, a daughter and a stranger. A family affair, the movie was written, directed and produced by John Adams, Toby Poser, and their daughter, Zelda. They also star, shoot and compose the music for the film. A stunning portrait of resourcefulness, the family filmmaking team capitalizes on their life in the Catskill Mountains to create a unique icy tone. The skeletal forest invokes the atmosphere of dreams and as the film delves into the realm of the avant-garde, its blue-toned cinematography draws us into the sea of the subconscious.

Ready or Not | Matt Bettinelli-Olpin and Tyler Gillett | USA 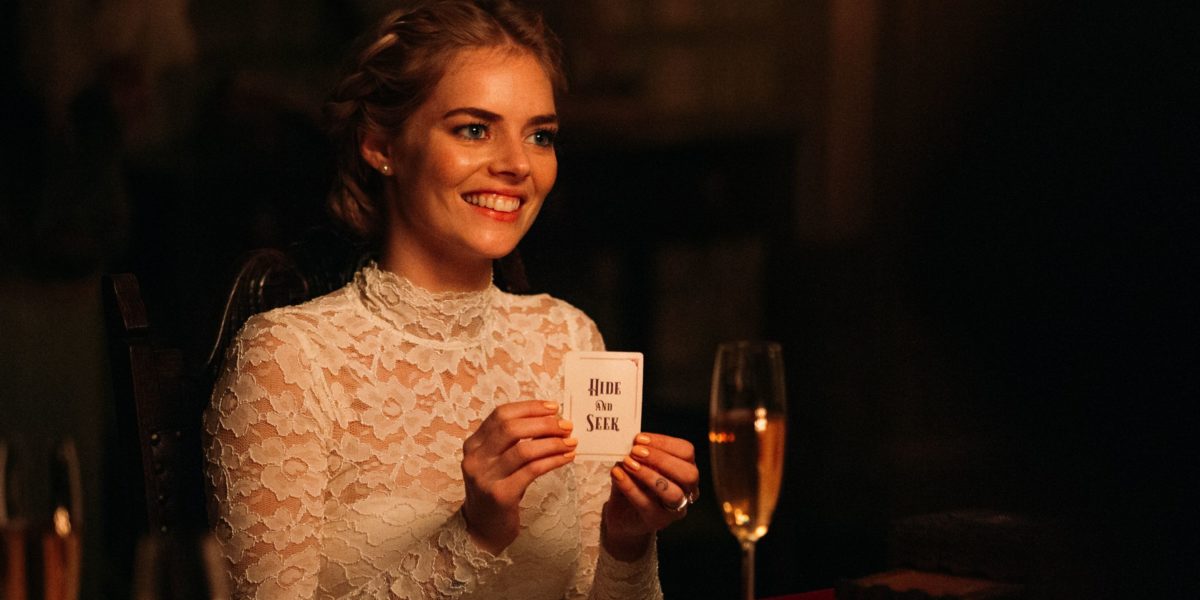 The minister said marriage is “For better, for worse,” but in young bride Grace’s case, things get worse pretty quickly. After her high society wedding, the pretty orphan (Samara Weaving of Fantasia fave MAYHEM) joins her seemingly perfect—and filthy rich—husband Alex (Mark O’Brien) on his family’s opulent estate. The eccentric relatives (brother Adam Brody, father Henry Czerny, mother Andie MacDowell and other assorted unhinged in-laws) join the nuptials for a time-honoured tradition…one that turns into a lethal game with the weapons-wielding clan fighting for their survival. For poor Grace, marriage isn’t a word, it’s a (death) sentence! 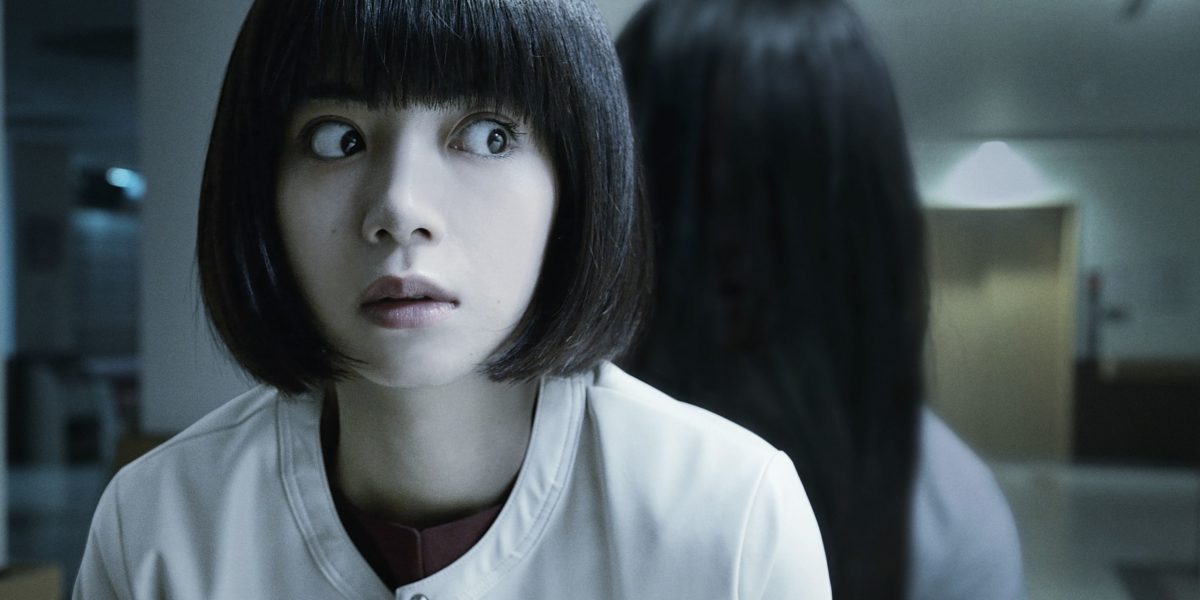 A young girl with amnesia is admitted to a Tokyo hospital’s psychiatric wing. Raised in secrecy, she barely managed to survive a fire started by her mother who, because of the former’s telekinetic powers, believed her to be the reincarnated Sadako. Psychologist Mayu Akikawa quickly grows fond of her, seeing herself reflected in her solitary past, a lifetime of loneliness. Meanwhile, Mayu’s brother Kazuma, a producer of absurd online videos, attempts to boost his viewership by broadcasting an excursion into the burned ruins of the girl’s house, when he suddenly disappears. Alarmed by the last-seen images of her only family and by several supernatural events linking her new patient to Sadako’s curse, Mayu sets off in search of Kazuma. 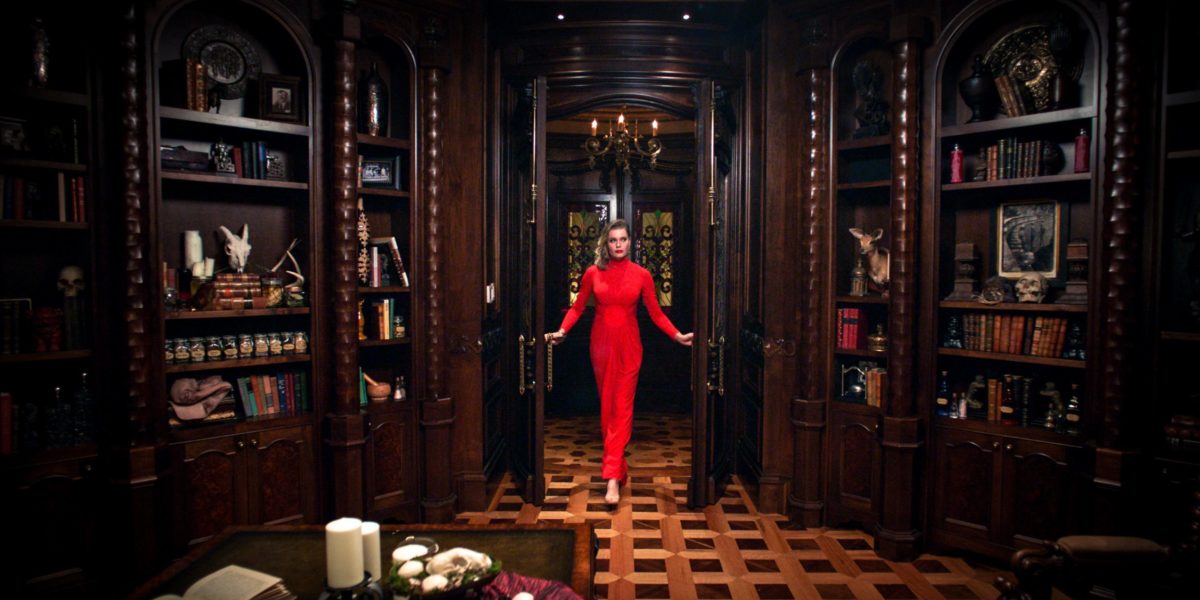 Samantha (Hayley Griffith) is on her first day as a pizza delivery person, and could really use some good tips. So she volunteers to transport five pies to the distant but wealthy enclave of Mill Basin, where her destination is a huge house with ominous gates. At first, the worst that happens is that she doesn’t get a gratuity on the $100-plus order; then her Vespa won’t start. When she enters the mansion in hopes of receiving help and/or the extra money she deserves, Sam discovers a ritual in progress, overseen by wealthy Danica Ross (Rebecca Romijn). It turns out that Mill Basin’s upper-class residents worship someone who dwells way down below—and that they happen to be in need of a virgin to complete their especially hideous ceremony. Can Sam survive to see the morning, or is the rest of her life fated to be 30 minutes or less?

It’s the job that film nerds would die for: working in an old-fashioned, single-screen theatre. Our story takes place in one such venue, circa 1992. Besides being buffs, our teen heroes — assistant manager Chastity, Heavy Metal Jeff, Peeping Tom buddies Abe and Todd, and jock Ricky — are also devout Christians, serving under the watchful eye of manager Mr. Pike. Late one night after closing, the kids stumble upon a dusty film can and unspool the ancient celluloid. It’s a scratchy arthouse skin flick that switches reels to reveal a satanic ritual. The popcorn hits the floor when this secret screening unleashes upon the real world a sexy succubus with lust and murder in mind. The trapped, sex-starved teens are easy prey for the demon, but these Bible-thumpers won’t give up without a fight… even when their balls are (literally) up against the wall. 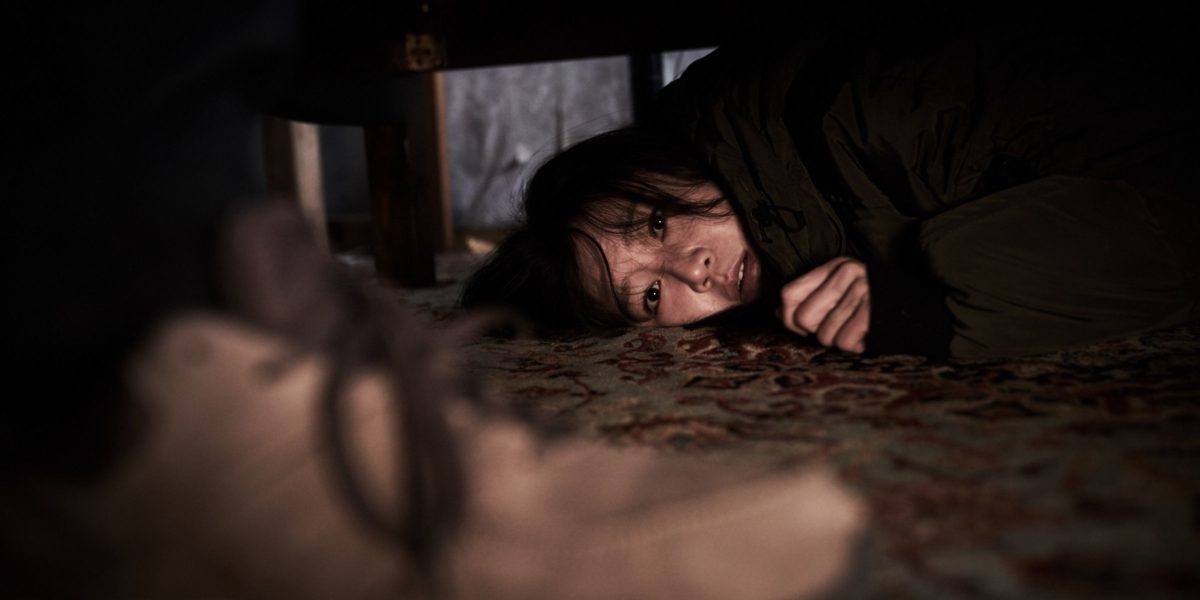 Kyung-min lives a quiet life, seemingly content with the routine her job provides and the safety of her busy apartment complex, until one day, when she begins to suspect that someone tried to break into her home. Given the mounting evidence and an imminent threat to her life, Kyung-min repeatedly seeks help only to be rebuffed at every turn. As the situation turns deadly, she finds she has no choice but to take matters into her own hands. 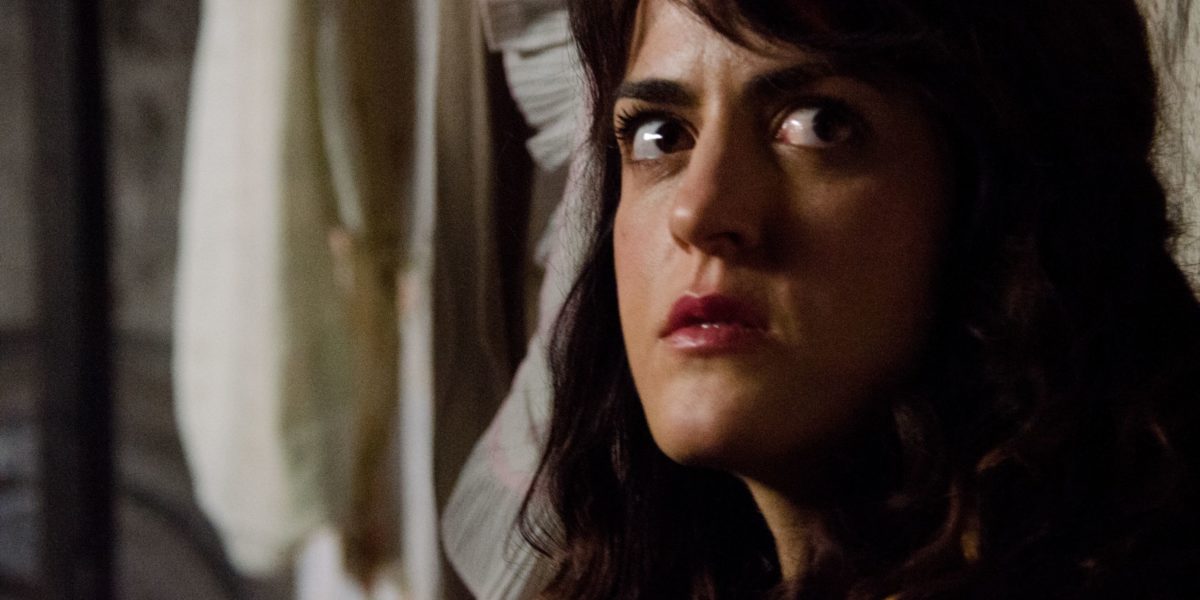 Dalva (Nina Medeiros), nine years old, plays in the dirt of her backyard. She has buried her doll here. In a disadvantaged neighbourhood of São Paulo, she lives with her aunt Cristina (Luciana Paes) and her father Jorge (Julio Machado), an exploited builder who works in unsafe conditions. Slowly, Jorge drifts away from his daughter, lost in the thoughts of his late wife’s yellow flower dress. The concrete and the dust have bruised his body. He is sick and lets himself rot, little by little. Inspired by her esoteric aunt and her favourite George Romero movie, little Dalva experiments with incantations and sorcery, in hopes of bringing her mother back from the dead, and saving her father from his demons. 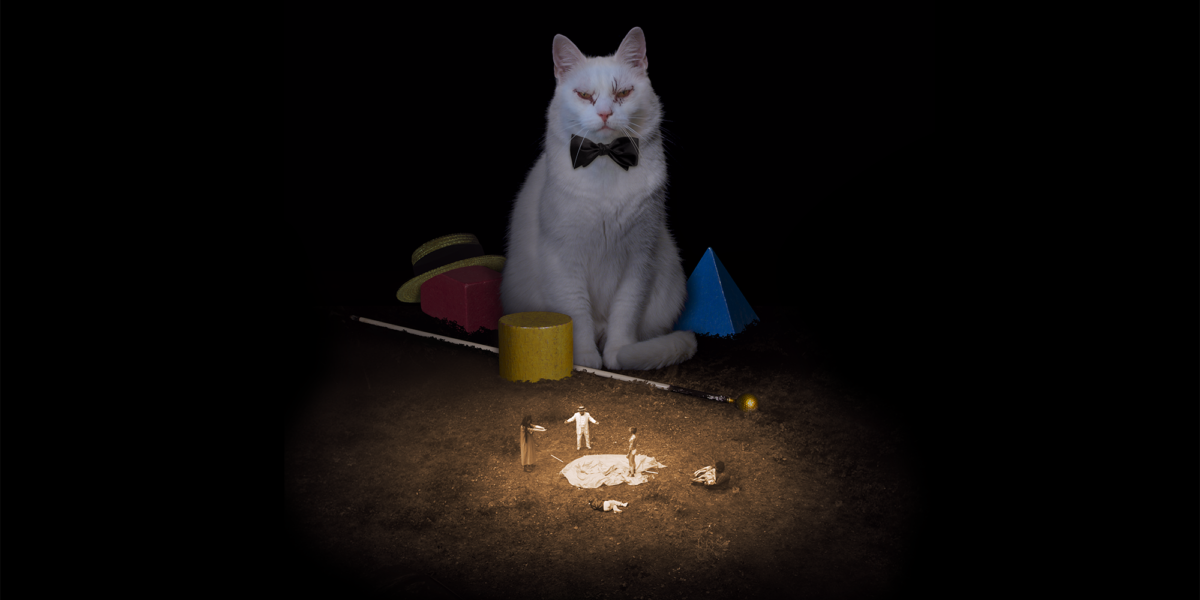 Elin and Tobias are a happily married couple who regularly vacation with their young daughter. The family is on a dreamy holiday when an innocuous case of food poisoning derails their plans and forever alters the course of their lives. Three years later, the once loving couple is on the road again to go camping, looking for one last chance to go back to the way things used to be. But what once was is lost, and our characters instead find themselves having to relive the same nightmarish events, as that day and the horrors it brings repeat themselves infinitely. Together, they must overcome their trauma, reconcile with their past and fight for their lives. Over, and over, and over again. 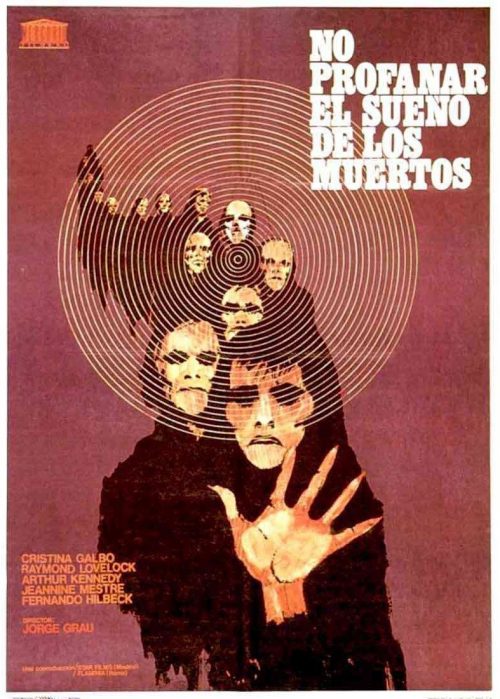 Hippies. Cops. Zombies. It’s Jorge Grau’s THE LIVING DEAD AT MANCHESTER MORGUE and, despite what the film’s core ingredients may have you anticipating, this 1974 classic is no laughing matter. Influenced by the counterculture and informed by anger that speaks to catastrophic environmental neglect, this is one of the great leftfield Euro-horror works of the ’70s. Ray Lovelock and Cristina Galbó are hippies on the run from a bitter older cop (Arthur Kennedy) who suspects them of committing cult-like murders that we’re soon to learn are in fact the handiwork of deathless cadavers preying on the living. While taking inspiration from George Romero’s sociopolitical Grand Guignol gamechanger, Grau’s film is a distinct, socially-conscious horror creation of its own that itself went on to inspire future filmmakers.

CHECK OUT OUR COVERAGE OF FANTASIA INTERNATION FILM FESTIVAL 2018.