Just like the year 2020, this year’s Oscar race is unlike any before. Thanks to Coronavirus, the theatres have been closed down, an array of production delays have occurred and the usual winter long Oscar campaign has also been cancelled. But one studio is having an astounding year, and is already squashing the Oscar race and that’s Netflix. The streaming giant seems poised not only to win big at 2021 Oscars, they have their eyes set to win the most nominations too.

With an arsenal of content this year, Netflix could garner the highest number of nominations for the Academy’s most coveted Best Picture Award. The feat achieved by Metro-Goldwyn-Mayer (MGM) by securing five nominations at the ninth Academy Awards in 1937, is an 85-Year old unbroken record. It may even bag the streaming giant its elusive first best picture win after failing short with the likes of Martin Scorsese’s The Irishman (2019) and Alfonso Cuaron’s Roma (2018).

Related to Netflix: New Releases This Week: In Theaters, Netflix, Prime and More

According to Variety, this is the final year of the “sliding scale” voting for the best picture. Since this rule was adopted in 2011, the lineup has resulted in either eight or nine nominees. With Oscars 2022, the Academy will move back to a “straight 10” selection for their most coveted category, allowing AMPAS voters to select 10 films on their ballots. Under the current system, they vote for five, and a film must receive 5% of the number one votes to be nominated for best picture.

With five months still left in the awards season, it’s still early to say if the distributor will be successful in breaking the record. So how does the streaming giant theoretically get there? Let’s take a look at Netflix’s Biggest Oscar contenders this year –

In David Fincher’s latest, Gary Oldman plays hard-drinking Herman J. Mankiewicz as he struggles to finish the script for Citizen Kane. Remarkably retro in both look and sound, the film is garnering rave reviews for its technical achievements—and likely endearing it to below-the-line Academy members. Oldman and Amanda Seyfried are also getting early critical acclaim making it one of the Netflix’s promising bets for Best Picture Win. 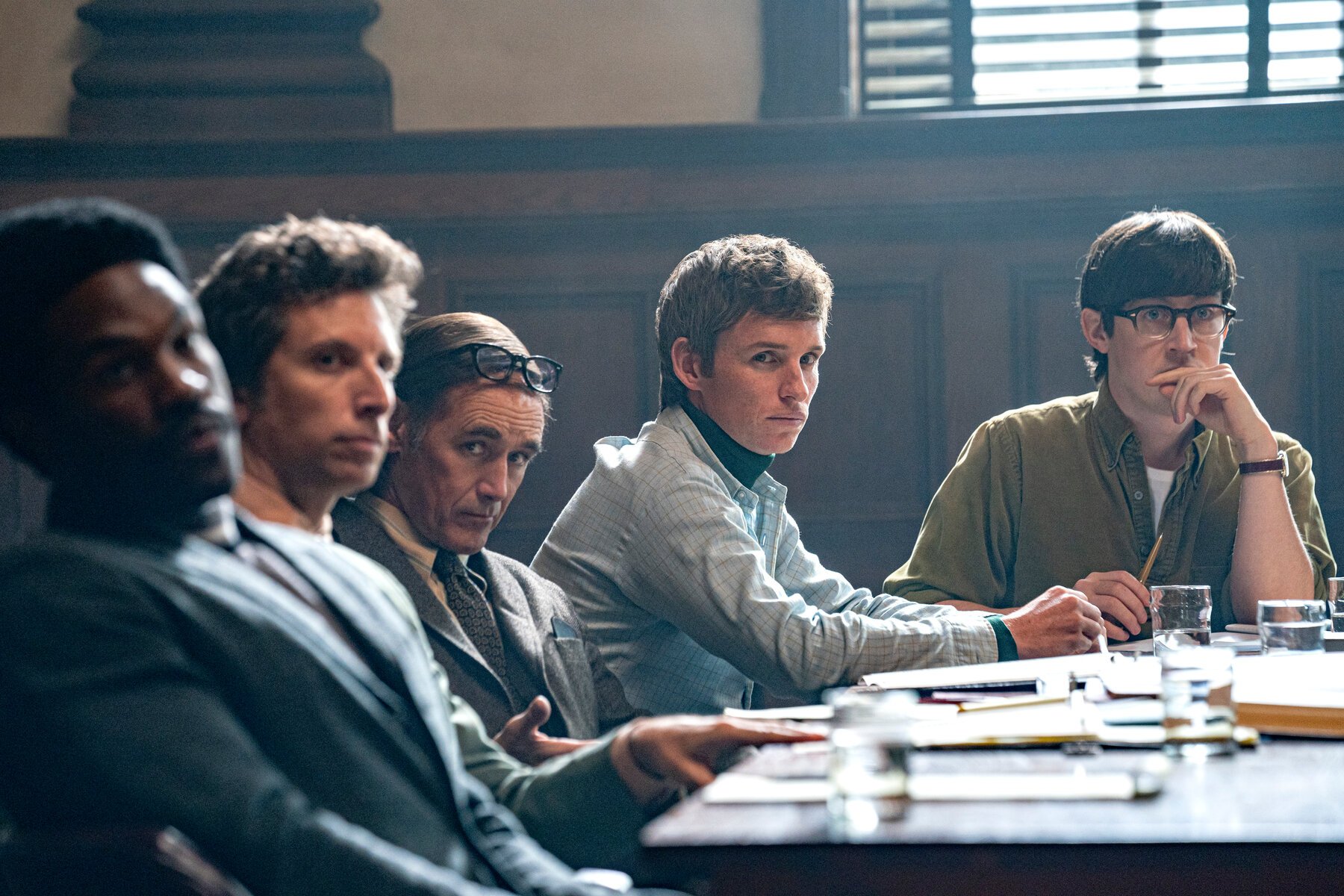 Aaron Sorokin’s counterculture docudrama about the 1960’s Chicago riots is in the safest position to make a cut for Best Picture. Previous Oscar winners Eddie Redmayne and Mark Rylance, along with Sacha Baron Cohen, lead a superb ensemble in a dramatization of the infamous circus of a ’60s conspiracy trial, which Sorkin made as charged and relevant today as it was then. ‘Chicago 7’ is also aiming at securing nominations in writing, editing and acting categories especially the Supporting Best Actor category for almost entirety of its all-male cast.

Ron Howard directs Amy Adams and Glenn Close in the cinematic version of J. D. Vance’s bestselling memoir about three generations of an Appalachian family dealing with extreme poverty. Oscar voters love an unglamorous turn, so Close, playing a Kentucky matriarch, might finally get the trophy that has eluded her, despite seven nominations over the years. Adams is also at Close’s heels with six nominations and no win coming her way. This could be either  of actresses’ lucky year but sure is turning out to be advantageous for Netflix.

Denzel Washington produces; the source material is an August Wilson play about 1920s jazz musicians. A drama based on tension between Ma Rainey, her ambitious horn player and the white management determined to control the uncontrollable “Mother of the Blues”. Starring Viola Davis and the late Chadwick Boseman in his final performance—this film is steeped in Oscar credentials. Boseman has received raves for his performance and can score posthumous Oscar nomination for Best Actor.

George Clooney, directs and stars in this big-budget sci-fi thriller about a lone scientist in the Arctic attempting to alert a spaceship crew about how dystopian Earth has become. Clooney is an Academy darling, and it would be foolish not to consider it in the mix given Clooney’s eight nominations and double Oscar-topping track record, winning best supporting actor for Syriana (2006) and best picture for co-producing Argo (2012). He’s also just one of three people who have been nominated in six different categories (with Walt Disney and Alfonso Cuarón). With its topical subject matter—and Oscar-winning composer (Alexandre Desplat) and editor (Stephen Mirrione) on the crew—this Netflix film has multiple shots at the gold.

Spike Lee’s edgy and emotional drama, has slim chances to score Best Picture nomination probably because it was a summer  release and when it comes to Oscars, time is not an ally. It could get Delroy Lindo his first nomination and perhaps snag a supporting actor nomination for Boseman, who co-stars. The film is about four African American veterans who battle the forces of man and nature when they return to Vietnam seeking the remains of their fallen squad leader and the gold fortune he helped them hide.

Seven years ago, the Hollywood establishment snickered when Netflix, originally launched as a DVD-rental-by-mail service in 1997, entered the content-creating game with House of Cards. “Everyone thought they were nuts,” says one industry insider. Now, with COVID-19 wreaking havoc on theatrical releases, the streamer may be having the last laugh.”

Which film would get your vote to win at the Academy this year? Please let us know in the comments.