“I have a special surprise for you, Mommy!” 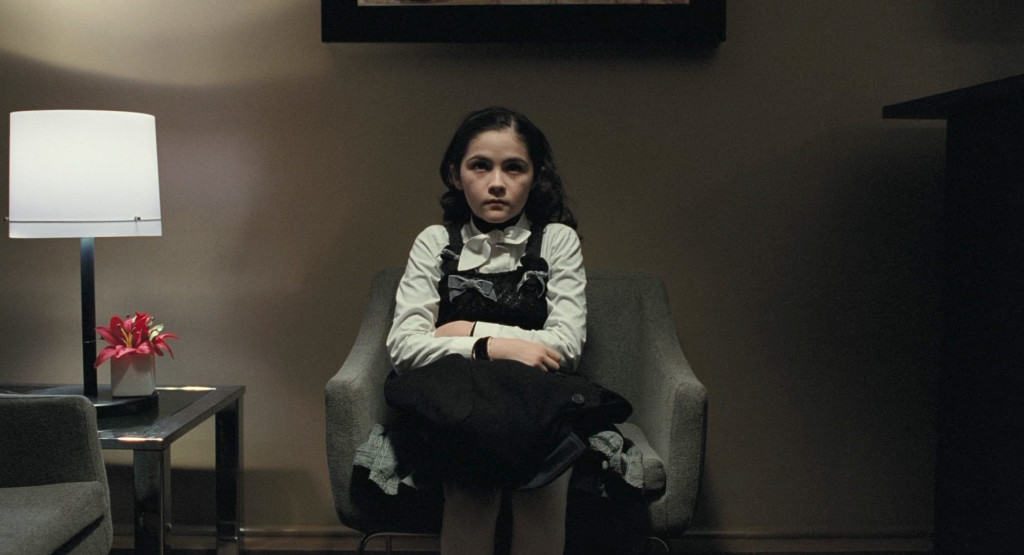 Orphan was surprisingly good for me; I had recently watched many disappointing horror/thriller films when I laid my hands on orphan so my expectations were low. Luckily, this film proved to be much more intelligent than I anticipated.

A married couple, John and Kate, [Peter Sarsgaard and Vera Fermiga] who recently had a stillborn child decides to adopt a grown up kid and so they adopt this intelligent 9 years old kid Esther. Esther is a well mannered kid who can paint like a pro, play piano like she has been practicing it for decades and do most things better than most kids of her age. She is unbelievably talented and one can have only personal agenda to not like her. But even though, everything about her seems perfect, there is something really sinister about her.

The couple already had 2 kids, Daniel and Max. Max is Deaf and Esther bonds really quick with Max, she uses sign language to talk with her and Max finds a friend in Esther and looks up to her. Daniel isn’t really friendly with Esther but he hardly even cares to notice Esther. Somehow, with her undeniable charm, she manages to manipulate each one of them but Kate, the mother. Kate could feel that there is something really frightening about Esther. Something Demonic.

Orphan has those cliché moments, but it is highly engaging too and definitely has the capability to make it to your list of guilty pleasures. It is disturbing, evilish and smart enough to shock you with the final revelation.  You may assume all the cases and may crack this one out, but it is better to just watch it without really using too much brain over the plot.  That way, you will be able to relish what they present towards the end of the movie.

The film has good acting performances by Peter Sarsgaard and Vera Fermiga but the one who stands out is Isabelle Fuhrman, she is quite a revelation here. Even if one doesn’t like Orphan, she stands out as a winner here.