Saudi Arabia’s very first Red Sea International Film Festival announced it’s lineup yesterday. A total of 107 features and shorts will be screened at the festival including Kitty Green’s Weinstein-inspired The Assistant, Derek Tsang’s hit Chinese film Better Days among others. A total of 16 titles will compete for the top prize as the festival opens with much-awaited Saudi film The Book of Sun directed by the local Godus brothers.

Directed by Faris Godus, produced and starring his brother Suhaib, “Shams al-Maaref” (The Book of Sun) captures the spirit of a generation whose lives were transformed by the internet. Set in 2010, high school senior Husam (Baraa Alem) finds himself drawn into the world of video production, an obsession that takes his focus away from the ordinary pursuits of high school and teenage life. His best friend Maan (Ismail Alhasan), their one-time foe Ibrahim (Ahmed Saddam), and teacher Orabi (Sohayb Godus) also become preoccupied with the online world and the possibility of a medium that comes to represent freedom to them. The group set out to produce a no-budget horror movie – a wild adventure of self-expression and creativity that their families believe will put their futures at risk.

On the hazy, humid streets of Luanda, Angola, air conditioning units are falling from the sky. Director Fradique details the lives of characters wandering amid vibrant ruins, their memories and cityscape marked by the wounds of civil war. Saturated, evocative and guided by sound, this is a dream-like encounter with place and memory.

Beloved as a singer and composer, Charles Aznavour was also a perpetual archivist. After receiving his first camera from Edith Piaf in 1948, he filmed continuously. French actor Romain Duris lends his voice to this fascinating document of a life and a culture. The archives, composited here as a documentary film, become a self-portrait.

Behind the closed doors of Beirut’s most exclusive neighborhoods, a lifestyle of elegance endures. Taking a look at the history of the country through the lives of four prominent families from its Christian elite, this unique and surreal testimony to Lebanon is a documentary portrait of the city’s upper classes that questions the complex reality of the capital city.

Acclaimed director Derek Tsang strikes a delicate chord in this poignant and brutal modern romance. Fiercely intimate, the murder yarn follows its characters at close range, exposing the psychological and physical violence of bullying in contemporary youth culture. Within this hostile pressure cooker, two unlikely heroes find each other, their worlds colliding to devastating effect. This is one of the most anticipated titles in the Red Sea International Film Festival lineup.

Director and actor Uisenma Borchu portrays a Mongolian woman living in Germany. Unsettled and unfulfilled, she embarks on a journey through the Gobi Desert to search for her roots. Reunited with her sister amid a majestic landscape of endless hinterland, a culture clash shaped by vastly different life experiences begins.

Aimless Anjani is hired as a human wrangler, tasked with controlling New Delhi’s monkey problem. Struggling to repel the animal interlopers, he resorts to increasingly outlandish schemes. Director Prateek Vats deftly mixes comedy and social commentary for a haunting view of a restless city and the marginalized workers caught in its ebb and flow.

Xhafer is a Kosovan living in Germany. After a frustrating day of work, he returns home to find a dead rat hung at his front gate. The question of who did it and why slowly eats away at him, forever altering relationships at work and at home. “Exil” explores the uncertainty felt by those who don’t belong, where microaggressions are real.

A journey into a world of fear, to the heart of Medellín, Colombia. A man is on the run – escaped from a religious sect. Barely holding the pieces together, he tries to reconcile with the past; haunted by violent memories, his mind turns to revenge. A mesmerizing trip into a nihilistic urban nightmare.

British aid worker Hana returns to Luxor from the Jordanian-Syrian border. In the ancient city, she encounters Sultan, an archeologist from her past. As she wanders, amidst the beautiful monuments to past civilizations, Hana has to reconcile with her past to overcome the uncertain present. 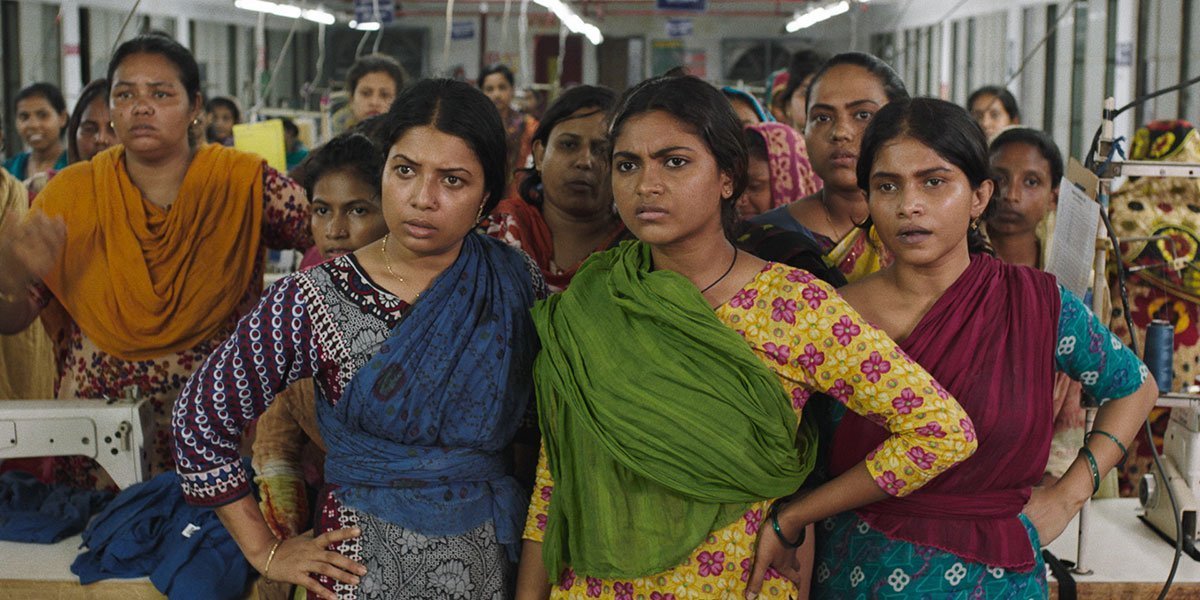 A look at working conditions for women in the ready-made garment industry, based on real events. After a fire breaks out at the factory, Shimu becomes determined to fight her dire working conditions. A moving hymn to women’s strength, perseverance and solidarity, past and present, in Bangladesh and throughout the globe.

The story of a secret French network who saved the orphaned children of Jewish families from the Nazis, and the legendary mime who was part of its ranks. Marcel Marceau is the iconic silent hero who sustained children’s spirits through the art of mime – entertaining them to keep them quiet during smuggled escapes to Switzerland.

An exploration of family ties, immigration, and cultural norms through the story of two brothers from Nigeria and living in São Paulo. A mystery unfolds as musician Amedi searches for his vanished older brother, Ikenna. Their story becomes a portrait of the lives of African immigrants in the city – a megalopolis that is aggressive yet favorable for the micro-communities forged at its heart.

A day-in-the-life that focuses on the seemingly banal routine of an entry-level film company assistant, which evolves into a spine-chilling study of gender politics, power dynamics, and toxic misogyny in the modern workplace. A tense atmosphere of suspense heightens feelings of mind control and alienation to explore the systematic abuses endemic in the film industry and beyond.

In a small Saudi town, Maryam – a young doctor – struggles to improve daily life in her clinic. Mired in bureaucracy, she turns her frustration into resolve. Deciding to run for election to the local council, she refuses to kowtow to convention – despite the misgivings of her family and her community.

The soul of the Philippine justice system on trial. Abused and battered, Joy flees to the police, only to encounter the indifference of a broken legal system. Raw and confronting, the film asks: What happens when justice does not work for those who need it most?