Everything Coming to Shudder in April 2022: Shudder’s popular “Halfway to Halloween Hotline” of personalized horror movie recommendations returns this April as part of the streamer’s annual “Halfway to Halloween” celebration, which also features a killer line-up of new original series and films and genre-defining additions to Shudder’s unbeatable movie library of timeless horror classics. The premium streaming service for horror, thriller and the supernatural will debut new seasons of Original Series Cursed Films and The Last Drive-In with Joe Bob Briggs, Original Films Night’s End (on March 31), The Cellar, starring Elisha Cuthbert, and Gustavo Hernández’s Virus 32, and Exclusive Film See for Me, along with library titles The Boulet Brothers’ Dragula, 1992’s Candyman and The Devils, among others.

Said Craig Engler, Shudder’s General Manager: “We’re curating a slate of the best in horror all year round, but April and October give us a unique opportunity to connect with and hear from our members directly about the movies they’re craving and what they love most about the genre. And we’re pairing that with an impressive lineup of new, fan-favorite titles, as we continue to go deep on the genre as only Shudder can.” 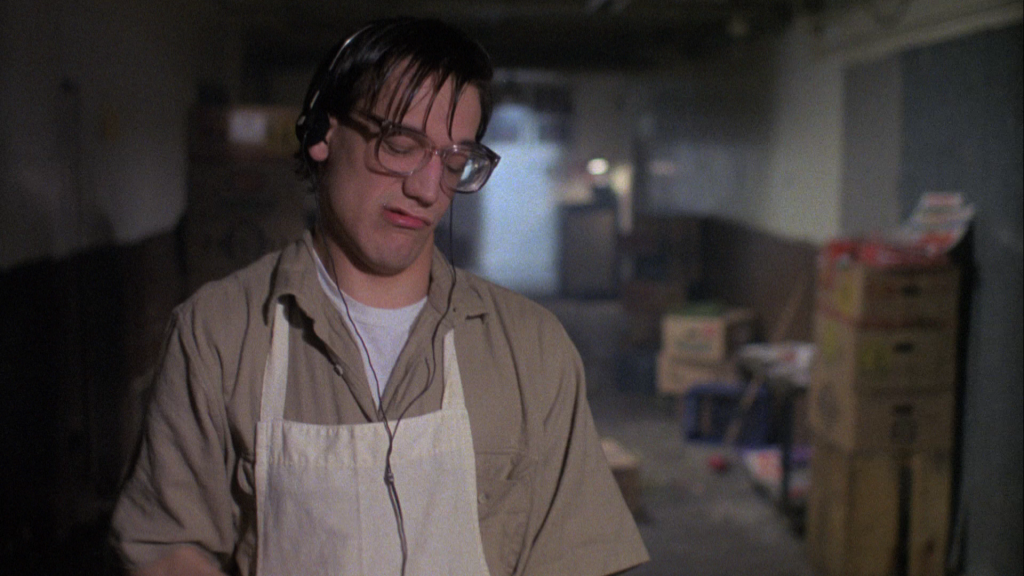 Every Friday in April from 3 pm – 4 pm ET, members are invited to call Samuel Zimmerman, Shudder’s VP of programming, for customized horror viewing recommendations from Shudder’s expansive film collection – from his favorite genre films of all time to highly anticipated releases this year. A new hotline phone number will be announced each Friday on Shudder’s social media platforms.

Please note: While recommendations are provided for free, please note that normal phone and long-distance charges may apply. Call volume is expected to be high, so please keep trying if a busy signal is received. There are no guarantees that every call will be answered, but Sam will get through as many as he can within the hour.

In Night’s End, an anxious shut-in unwittingly moves into a haunted apartment and hires a mysterious stranger to perform an exorcism that takes a horrific turn. Starring Geno Walker, Felonious Munk, Kate Arrington, and Michael Shannon. Written by Brett Neveu and directed by Jennifer Reeder (Knives and Skin, V/H/S/94).

Shudder’s acclaimed documentary series is back to exploring the facts and myths surrounding a new batch of famous films some consider cursed. The new season will feature The Wizard of Oz, Rosemary’s Baby, Stalker, The Serpent, and the Rainbow, and Cannibal Holocaust. Featuring new interviews with FX expert and former MythBusters host Adam Savage, Oscar-winning cinematographer Roger Deakins, actor Bill Pullman, and director Ruggero Deodato, among many others. A blind young woman caught in the crossfire of a home invasion scheme must rely on an Army veteran via an app to survive in this shocking cat-and-mouse thriller. Starring Skyler Davenport, Laura Vandervoort, Kim Coates, and Jessica Parker Kennedy.

Related to Everything Coming to Shudder in April 2022: See for Me [2021]: ‘Tribeca’ Review – Subversive home-invasion film plays on morale dilemma but lacks subtlety

Filmed on location in Roscommon, Ireland, The Cellar tells the story of Keira Woods (Elisha Cuthbert), whose daughter mysteriously vanishes in the cellar of their new house in the country. Keira soon discovers there is an ancient and powerful entity controlling their home that she will have to face or risk losing her family’s souls forever. Official Selection, SXSW 2022. Also, out in theatres on April 15 from RLJ Films.

A virus breaks out and a chilling massacre rages through the streets. The sick become hunters, and only calm their fever by unscrupulously killing all those not yet infected. Unaware of this, Iris and her daughter spend the day in the sports club where Iris works as a security guard. When night falls, their fight for survival beings. Their only hope of salvation arrives when they discover that after each attack, the infected seem to stop for 32 seconds of calm before attacking again.

The hit series returns with Briggs, the world’s foremost drive-in movie critic, presenting eclectic horror movie double features, interrupting the films to expound upon their merits, histories, and significance to genre cinema. The season premiere will feature a celebration of The Last Drive-In’s 100th movie since Joe Bob’s first Shudder marathon in 2018, with surprise special guests.

Related to Everything Coming to Shudder in April 2022: Top 10 Best OTT Apps For Android For Movies & TV Shows 2022 Candyman – Student Helen Lyle learns of the terrifying local legend of The Candyman – a hooked serial killer who appears when you say his name in a mirror, five times.

The Evil Dead – In 1979, a group of college students who, during a weekend getaway, find a Sumerian Book of the Dead in an old wilderness cabin they’ve rented. When they unwittingly unleash evil spirits and demons while reading incantations from the book, that’s when the real havoc begins.

Evil Dead II – Ashley J. Williams returns to the same cabin in the woods and again unleashes the forces of the dead in Sam Raimi’s classic sequel to/retooling of The Evil Dead. Considerably upping the ante from the raw, meaner indie that put the director on the map, Evil Dead II is a spooky, splattered blast of pure cinema. Raimi’s virtuoso vision twirls his love of cinema, terror, and slapstick into simply one of the greatest horror movies of all time.

The Fog – The ghosts of shipwrecked sailors return to get revenge on a seaside village on the 100-year anniversary of their deaths at the hands of the town’s founders. Since six were murdered, six residents of Antonio Bay are destined to die. Who will it be? Radio host Adrienne Barbeau? Hitchhiker Jamie Lee Curtis? Party planner Janet Leigh? Priest Hal Holbrook? Or maybe they’ll all be pulled into the fog.

Near Dark – Country boy Caleb Colton whittles away the quiet rural nights hunting local girls – but when he falls prey to the mysterious and beautiful Mae, Caleb unknowingly becomes the hunted. From master director Kathryn Bigelow, Near Dark is simply an essential of vampire cinema.

The Serpent and the Rainbow – Wes Craven directs this frightening excursion into the supernatural as one man goes to Haiti to retrieve a powder that has the power to bring humans back from the dead.

Related to Everything Coming to Shudder in April 2022: 10 Great Horror Movies of the 1980s

Session 9 – In this now celebrated creeper, an asbestos abatement crew wins the bid for an abandoned insane asylum. What should be a straightforward job, is complicated by the discovery of audiotapes from a former patient with multiple personalities. Slowly, the team succumbs to whatever darkness lies inside the Danvers State Mental Hospital.

The Funhouse – From horror master Tobe Hooper, four teenagers visit a local carnival for a night of innocent amusement but instead find terror when they are trapped inside the funhouse maze with a monster that stalks them one by one.

The Devils – In 17th century France, hunchbacked nun Sister Jeanne (Vanessa Redgrave) lusts after the town’s priest Father Grandier (Oliver Reed), a sinful but ultimately just man. But when the priest marries, jealous Jeanne accuses Grandier of using witchcraft on her convent, and the other nuns play along, behaving as obscenely as possible. Ken Russell’s savage portrait of religious hypocrisy earned the film the top spot on the list of most controversial horror films ever made. Rarely streaming in the US, The Devils is essential viewing.

Trick ‘r Treat – On the night when demons and tortured souls are free to walk the earth alongside mortal revelers, four tales of terror–of a staid high school principal who is a Halloween serial killer, a college-age virgin seeking that special guy, a woman who hates dressing up for Halloween and whose husband is obsessed with the holiday and a group of young teens who pull a cruel prank–will make you laugh even while scaring you. 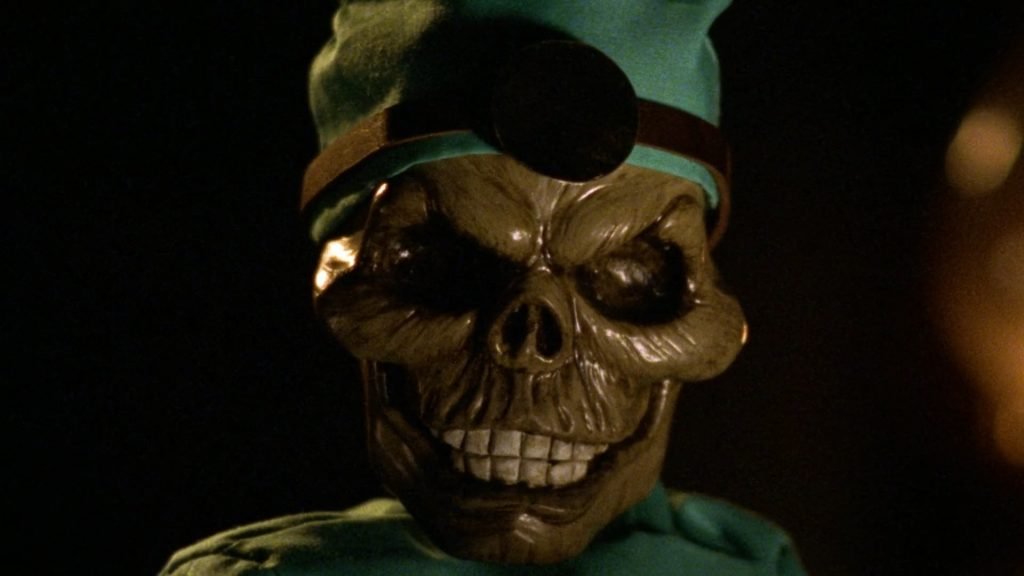 Ritual – During a vacation in the woods, a man tries to find his family while being hunted by a sadistic killer. From Joko Anwar, director of Satan’s Slaves and Impetigore.

Related to Everything Coming to Shudder in April 2022: Every M. Night Shyamalan Movie Ranked

Summer of 84 – It’s the summer of 1984, the perfect time to be 15 years old and free. But when neighborhood conspiracy theorist Davey Armstrong begins to suspect his police officer neighbor might be the serial killer all over the local news, he and his three best friends begin an investigation that soon turns dangerous.

Rocktober – Blood An executed rock star comes back to haunt a rock star who betrayed him, or so she thinks.

Puppet Master – Assailed by nightmarish visions, Alex Whitaker and his fellow psychics descend on the Bodega Bay Inn. There, they discover that their compatriot Neil has apparently committed suicide. But, as the gruesome visions continue, they sense that there’s still something sinister afoot. When they find themselves hunted by a band of homicidal marionettes created by twisted puppeteer Andre Toulon, they discover they’re right.

Puppet Master 2 – The malicious marionettes are back to resurrect their dead master and evict parapsychologists from the family estate.

Subspecies – Michelle and Lillian are two American students who have joined their friend Mara in Romania for their studies of the ancient myths and legends of Transylvania. But Myth turns into reality when the women become the object of desire of the powerful and grotesque Radu, an evil vampire obsessed with making them his consorts.

The Pit and the Pendulum – In the quest to save souls, the Spanish Inquisition will stop at nothing and knows no boundaries for its evil. Maria must find the power to save her husband from the ultimate machine of torture: the razor-sharp pendulum poised over the pit of hell under the direction of Torquemada the Grand Inquisitor of Spain. 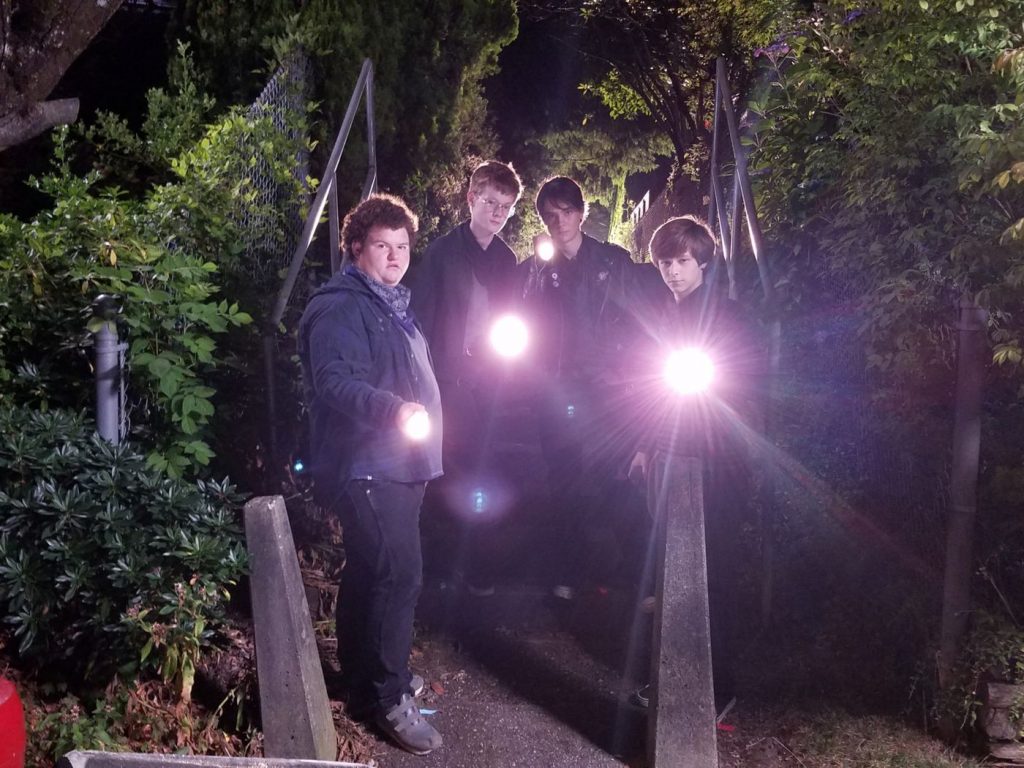 Intruder – The overnight crew of a supermarket finds themselves pursued by a mysterious maniac in this fun late80s slasher from regular Sam Raimi mainstay Scott Spiegel, who co-wrote EVIL DEAD 2 and appeared in many of Raimi’s films.

Related to Everything Coming to Shudder in April 2022: Top 10 Horror Movie Villains of All Time

The Boulet Brothers’ Dragula (Seasons 1-3) – After its biggest-ever hit the fourth season and its first as a Shudder Original, past seasons of The Boulet Brothers’ Dragula is coming to Shudder, making the streamer the exclusive home for all four seasons plus 2020’s Resurrection special. The beloved reality series is a competition created and hosted by The Boulet Brothers to find the world’s next Dragula Supermonster. Each season, a new group of drag artists vies for the title and crown through a series of challenges to demonstrate their mastery of the four pillars of Dragula: drag, horror, filth, and glamour.

Jamie Marks is Dead (2014) – Fifteen-year-old Adam McCormick’s life hasn’t been the same since classmate Gracie Highsmith found Jamie Marks’s dead body at the edge of the river. Adam becomes fixated on Jamie’s death and gradually a deep bond develops between the living teenager and the dead boy’s ghost. But the more attached Adam becomes to Jamie’s ghost, the weaker his ties to reality become.