Everything Coming to Shudder in August 2022: Shudder, a premium streaming service, has announced new line-ups including Shudder originals, along with the best selection of body horror, thriller, and supernatural movies that you can stream in the month of August 2022.

Everyone in town knows about the haunted Graham Farm on Willow Road. You’ll hear there’s bad history to it. Josiah (Robert Patrick, The Terminator) and his youngest son, Thomas (Scott Haze, Child of God), are all that remain of this estranged family. But after experiencing terrifying visions from beyond, Josiah decides they must change their ways to right a great wrong. After being away for over two decades, Eli (Nick Stahl, Sin City) and Mary (Kelli Garner, Lars, and the Real Girl), Josiah’s eldest children, are enticed to sell the property and reunite at the old farmhouse in hopes of closing this haunting chapter of their lives for good. Sins of the past will be paid in full. Directed by Vincent Grashaw (Coldwater). (A Shudder Original)

In Glorious, Ryan Kwanten (True Blood, Kindred) plays a young man spiraling out of control after a bad breakup. His situation worsens after he finds himself locked inside a rest-stop bathroom with a mysterious figure played by Oscar-winner J.K. Simmons (Whiplash, Being the Ricardos) speaking to him from an adjacent stall. As he tries to escape, he realizes he is an unwilling player in a more significant and terrible situation than he could have imagined. (Shudder Exclusive.) the film is directed by Rebekah McKendry and written by Todd Rigney, Joshua Hull, and David Ian McKendry. 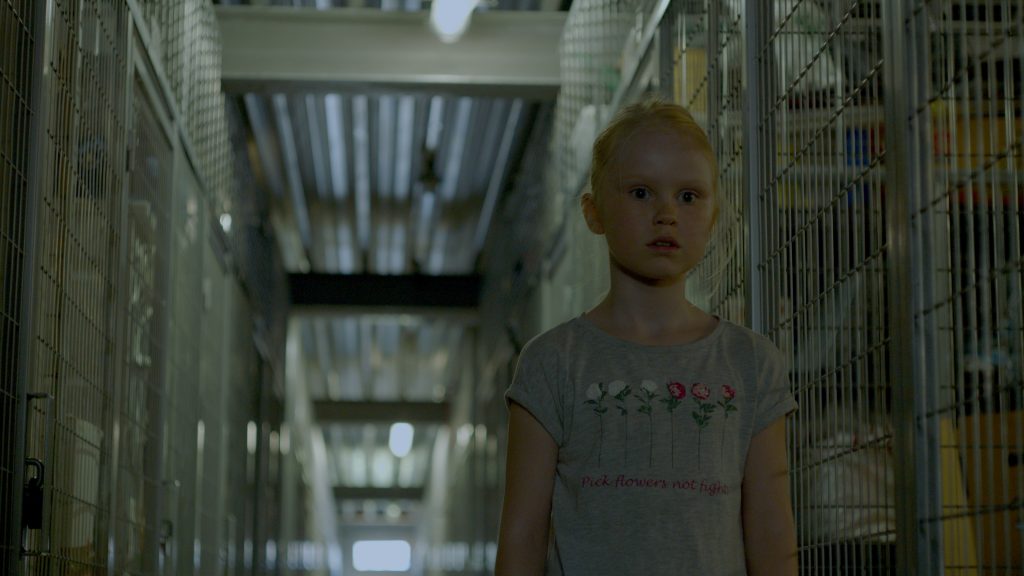 During the bright Nordic summer, a group of children reveals mysterious powers. But what starts innocently soon takes a dark and violent turn in this gripping supernatural thriller written and directed by Oscar-nominee Eskil Vogt. (A Shudder Exclusive.)

Kurt is an outcast in a conservative town who dreams of moving to the city to be a famous drag queen. When he is kidnapped by a predatory old vampire and killed, he is rescued just in time to be resurrected by a gang of rebellious vampires who feed on bigots and abusers. So Vam is the feature film debut of Alice Maio Mackay, a trans teen filmmaker based in Australia. (A Shudder Exclusive.)

As a serial killer stalks the city, a young actress who just moved to town with her boyfriend notices a mysterious stranger watching her from across the street in this terrifying thriller. (A Shudder Exclusive.) it stars Maika Monroe (It Follows) and is directed by Chloe Okuno (V/H/S/94).

With the return of the original Creepshow film — directed by George A. Romero and written by and co-starring Stephen King — to our movie library, Shudder will celebrate the iconic duo with curated collections featuring some of their most beloved and fan-favorite films. The collection’s launch on August 1 and will include Romero’s: Land of the Dead, Monkey Shines, The Crazies,  Season of the Witch, and King’s: Carrie (1976),  Misery, Salem’s Lot, Firestarter, Firestarter: Rekindled (series), Cat’s Eye, and Needful Things. The collections will also include current library titles Night of the Living Dead, Day of the Dead, The Amusement Park, Children of the Corn, and Stephen King-specific segments of Shudder Original Series, Creepshow, including “Gray Matter” and “Survivor Type.”

A young boy’s horror comic book comes to life in five terrifying tales: A dead father returns for the piece of Father’s Day cake that his murderous daughter never served him. A meteorite turns a hapless yokel into a form of plant life. A cuckolded husband plots seagoing revenge. Something in a crate under the stairs is eating people. And an obsessively clean billionaire suffers an uncontrollable infestation of cockroaches.

Land of the Dead

Injected with human brain cells, a super-intelligent female monkey is enlisted to help a person with quadriplegia who uses a wheelchair get on with his life.

Ordinary citizens turn into homicidal maniacs after a chemical weapon is released in George Romero’s 1973 follow-up to Night of the Living Dead. After a brief foray into romantic comedy, Romero returned to the subject that made him famous – multiple maniacs attacking unsuspecting townspeople – and the government’s misguided response to the chaos.

Season of the Witch

After Night of the Living Dead, master of horror George A. Romero turned his eye to witches. On the surface, Joan Mitchell has it all – family, friends, and a beautiful home equipped with all the latest appliances. But when a neighbor educates her on the practice of witchcraft, Joan believes she’s discovered the perfect antidote to her monotonous suburban existence and embarks upon a dark path that will lead to a shocking conclusion.

Based on the best-selling Stephen King novel, Carrie is a high school loner with no confidence and no friends. And no idea about the extent of her secret powers of telekinesis. But when her psychotic mother and sadistic classmates finally go too far, the once-shy teen becomes an emotional, vengeance-seeking powerhouse who causes all hell to break loose in a frenzy of blood, fire, and brimstone! Piper Laurie, John Travolta, and Amy Irving are terrific in this horror classic.

After his car crashes in the mountains during a blinding snowstorm, famous novelist Paul Sheldon is “rescued” from a car crash by Annie Wilkes, a fan obsessed with the main character in his series of novels. But when Wilkes reads his latest book–and learns he has killed her favorite character–she teaches Sheldon the real meaning of Misery.

Driven by inner forces even he cannot understand, novelist Ben Mears (David Soul) returns to his hometown to write about a mysterious mansion that has intrigued him since childhood. But he discovers a horrifying secret: The community slowly becomes a village of vampires. 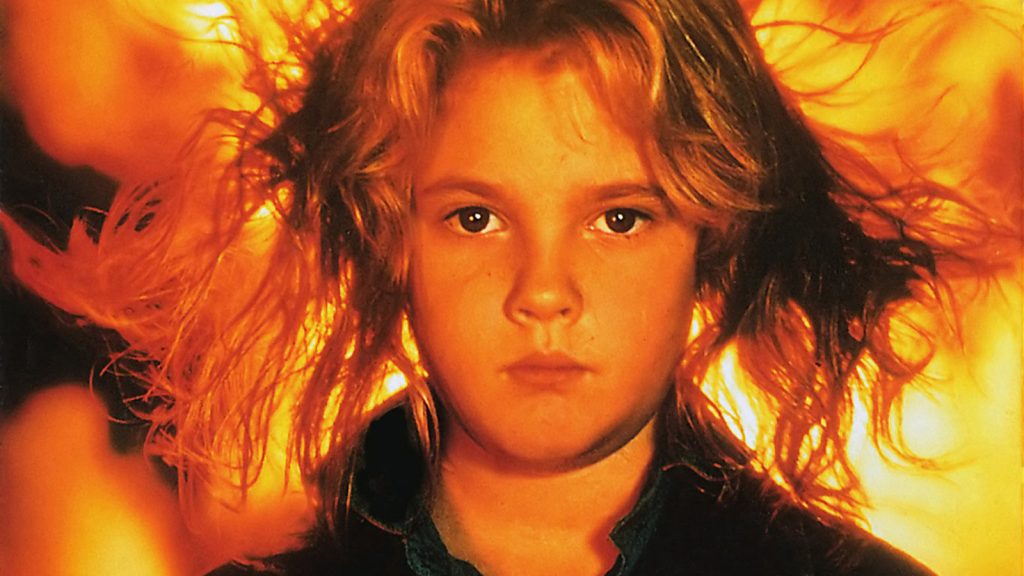 Based on the Stephen King novel, this supernatural thriller stars Drew Barrymore as Charlie McGee, a young girl whose ability to start fires with her mind has dire consequences for everyone around her.

A maniacal agent has a personal score to settle with a woman who can start fires with her mind.

Sheriff Alan Pangborn is baffled — and a bit scared. Almost overnight, the residents of Castle Rock, Maine, the ordinarily peaceful seaside community he serves, seem to have gone mad.

The demonic forces lurking in the infamous Amityville house for over 300 years escape to a remote California mansion by inhabiting a lamp. The evil latches onto a little girl living in the home by taking on the form of her dead father. When it completely possesses her, it’s up to a young priest to perform an exorcism and attempt to lift the curse from the desperate family.

Photographer Keyes Terry is given an old mirror from a homeless person. He gifts the mirror to a friend, but he doesn’t know that demonic forces project grisly deaths upon the mirror’s surface. Soon, these projections begin transpiring in the real world, proving to be portrayals of the actual fates of Keyes’s loved ones.

A dollhouse replica of the infamous Amityville haunted house is given to a little girl. Soon after, all sorts of horrible unexplained accidents start to happen. The family must work together to fight off the terrifying evil that has inhabited their lives. The house might be miniature, but the sin is full-sized.

Vanessa Lutz (Reese Witherspoon), a teenage delinquent, runs away from her prostitute mother and perverted stepfather to go live with her grandmother. While on her way, she meets Bob Wolverton (Kiefer Sutherland), a charming yet sadistic serial killer. Fearing for her life, she attempts to kill Bob, but Bob makes himself appear the victim, and Vanessa is sent to jail. Now she must escape and clear her name before he can strike again.

When a vengeful couple invades her home, a single mother is forced to do whatever it takes to defend her daughter.

A therapist loses her grip on reality when a ten-year-old boy claims he can control her future.

As a young woman painstakingly prepares a romantic homecoming for her girlfriend, their apartment becomes more like a tomb when voices, shadows, and hallucinations reveal a truth she has been unwilling to face.

Four childhood friends are reunited when one of the surfaces after twenty years, forcing them to confront a creature straight out of a spine-chilling Morrocan legend.

A retired couple enters a dance contest, a corrupt politician, a girl eager to lose her virginity, and a young lawyer obsessed with social status – a seemingly benign look into the daily lives goes haywire in this shocking black comedy.

In the first trilogy of yokai (Japanese supernatural spirits) films written by Tetsuro Yoshia and released in the late 60s, a greedy slumlord’s attempts to forcefully evict his tenants invite the wrath of the titular yokai when a cleansing ritual is botched, with terrifying results.

In the second Yokai film, an evil Babylonian vampire is inadvertently awoken by treasure hunters, and a brave samurai teams with the yokai to defeat the bloodthirsty demon.

In the last of the trilogy, the yokai are roused to defend a young girl on the run from deadly yakuza

Snake Girl and the Silver-Haired Witch

Noriaki Yuasa, director of the much-beloved Gamera series, adapts the works of horror manga pioneer Kazuo Umezu. A young girl named Sayuri is reunited with her estranged family after years in an orphanage – but trouble lurks within the walls of the large family home. Her mother is an amnesiac after a car accident six months earlier, her sullen sister is confined to the attic, and a young housemaid dies inexplicably of a heart attack just before Sayuri arrives. Is it all connected to her father’s work studying venomous snakes? And is the fanged, serpentine figure that haunts Sayuri’s dreams the same one spying on her through holes in the wall?