Everything Coming to Shudder in May 2022: The month of May 2022 will have new Shudder Originals and exclusive films and series.

In The Twin, following the aftermath of a tragic accident that claimed the life of one of their twins, Rachel (Teresa Palmer, A Discovery of Witches, Warm Bodies, Lights Out) and husband Anthony (Steven Cree, A Discovery of Witches, Outlander) relocate to the other side of the world with their surviving son in the hopes of building a new life. What begins as a time of healing in the quiet Scandinavian countryside soon takes an ominous turn when Rachel begins to unravel the torturous truth about her son and confronts the malicious forces attempting to take a hold of him. Also available in theatres and on-demand on May 6 from RLJ Films.

The city of Taipei suddenly erupts into bloody chaos as ordinary people are compulsively driven to enact the cruelest and ghastly things they can imagine. Murder, torture, and mutilation are only the beginning. A young couple is pushed to the limits of sanity as they try to reunite amid the violence and depravity. The age of civility and order is no more. The film is the feature debut of writer and director Rob Jabbaz and stars Regina Lei (76 Horror Bookstore), Berant Zhu (We Are Champions, How to Train Our Dragon), Tzu-Chiang Wang (It’s Drizzling), and In-Ru Chen. Official Selection Locarno Film Festival, Fantastic Fest, Fright Fest, and won “Best First Feature,” Fantasia International Film Festival.

Directed and produced by Sarah Appleton and Phillip Escott, the documentary tracks the origins of the found footage technique and how it transformed with technological changes throughout the last few decades. The Found Footage Phenomenon features interviews with integral found footage directors whose films impacted the horror genre like no other sub-genre has, around the turn of the millennium. Score by music legend Simon Boswell.

Widowed mother Holly is radically tested when her teenage daughter Betsey experiences profound enlightenment and insists that her body is no longer her own but in service to a higher power. Bound to her newfound faith, Betsey refuses to eat but loses no weight. In an agonizing dilemma, torn between love and fear, Holly is forced to confront the boundaries of her own beliefs. Starring Sienna Guillory, Jessica Alexander, Ruby Stokes, and Lindsay Duncan. Directed by Ruth Paxton

Shudder’s acclaimed documentary series is back to exploring the facts and myths surrounding a new batch of famous films some consider cursed. In the season finale, Cursed Films travels to Roma, Italy to discuss the making of what is arguably the most controversial horror film ever made, Cannibal Holocaust. Writer/Director Ruggero Deodato discusses the film from concept through creation, including the famous court case that saw him defending himself from the murder of a performer in the heart of the Amazon. Meanwhile, his cast and crew detail the struggles they faced while trying to meet the expectations of a demanding director, who continually pushed them towards their breaking point. In the late 1990s, a video archivist unearths a series of sinister pirate broadcasts and becomes obsessed with uncovering the conspiracy behind them.

Twin boys who do everything together, from collecting beetles to feeding stray cats, welcome their mother home after her reconstructive surgery. But with her face wrapped in bandages, and her demeanor distant, they grow suspicious of her identity.

Chainsaw-wielding maniac Leatherface (Bill Johnson) is up to his cannibalistic ways once again, along with the rest of his twisted clan, including the equally disturbed Chop-Top (Bill Moseley). This time, the masked killer has set his sights on pretty disc jockey Vanita “Stretch” Brock (Caroline Williams), who teams up with Texas lawman Lefty Enright (Dennis Hopper) to battle the psychopath and his family deep within their lair, a macabre abandoned amusement park.

Driving through Texas, young yuppie couple Michelle (Kate Hodge) and Ryan (William Butler) stop at the Last Chance Gas Station, but after they witness the owner attacking a hitchhiker named Tex (Viggo Mortensen), they panic and flee. In their hasty departure, they get lost and soon find themselves pursued by the chainsaw-toting maniac known as Leatherface (R.A. Mihailoff). While running, the couple bumps into survivalist Benny (Ken Foree), with who they team up in an effort to escape. 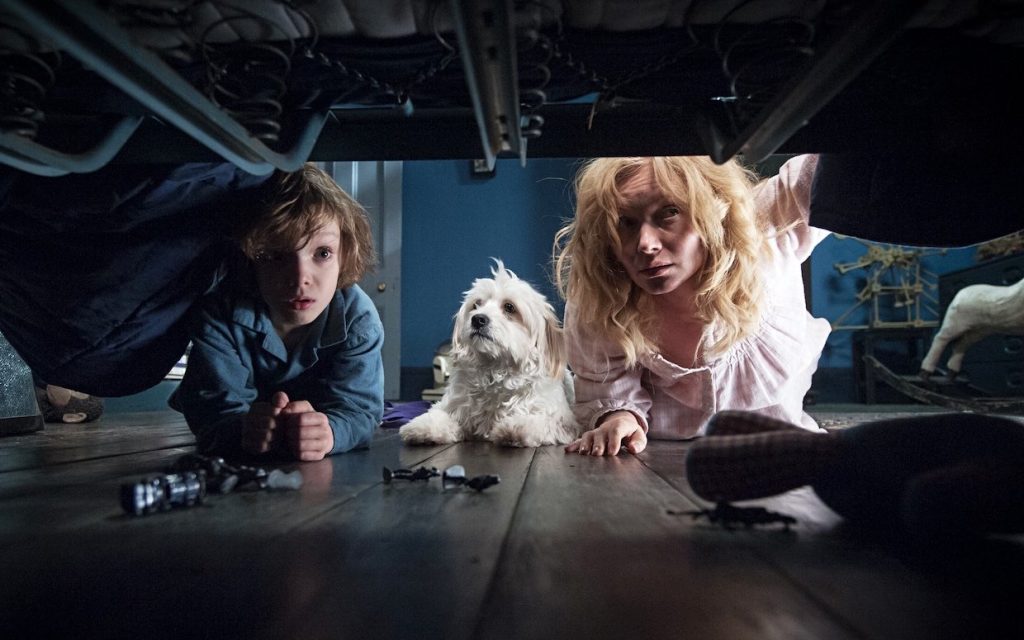 A single mother, plagued by the violent death of her husband, battles with her son’s fear of a monster lurking in the house, but soon discovers a sinister presence all around her.

When Dr. Amelia Brooks’ three daughters travel home to settle her affairs after she disappears in Spirit Lake, they find themselves drawn to the mysterious body of water.

A master of disguise deranged killer begins killing off the college students who are organizing a horror-movie marathon in an abandoned theatre.

A lonely hairstylist becomes obsessed with the lives of her clients and descends into murderous madness.

A man’s job requires him to clean a house, which turns out to be haunted. In the course of trying to exorcise the ghost, he falls in love with her.

A young man discovers a disgusting parasite has attached itself to his brain stem. He becomes addicted to the psychedelic euphoria it produces, but in return, he must feed it, human victims.

A businessman accidentally kills The Metal Fetishist, who gets his revenge by slowly turning the man into a grotesque hybrid of flesh and rusty metal. 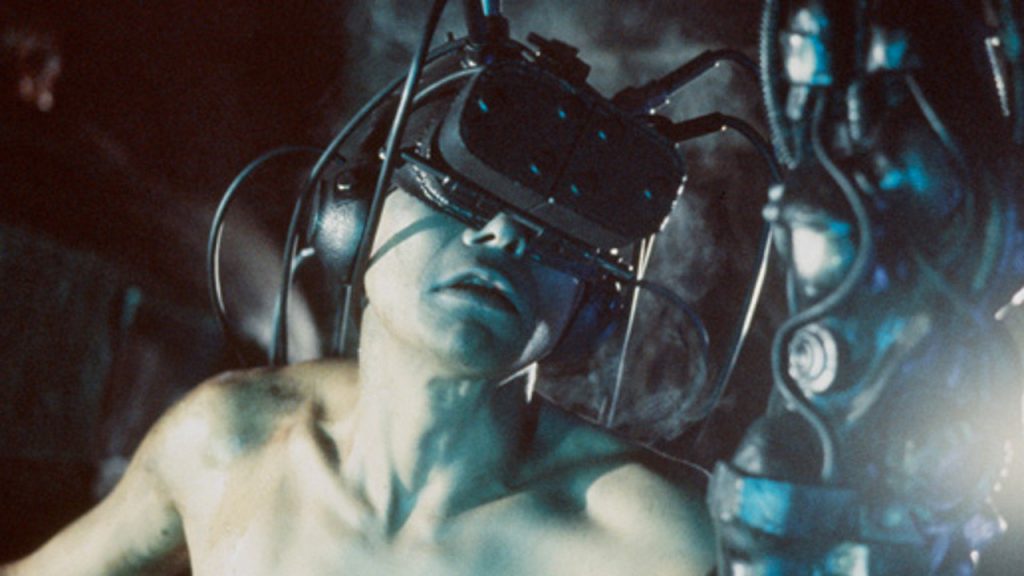 When metal-worshipping fanatics abduct his son, a father unleashes his dormant destructive power, as his naked rage transforms the once-feeble flesh into a grisly symbiosis of metal and tissue.

A television reporter and her two friends head to Solvang, California to cover a Danish festival. When there is a mix-up at the hotel and they are left without hotel rooms, the girls accept the invitation of a friendly museum owner to board at his large farmhouse because the rest of the motels in and around town are sold out. But unknown to the women, something is living in the basement of the house. Their stay soon becomes a horrific nightmare when, one by one, they encounter the ‘unseen’.

The strange and brutal deaths of Cory’s grandparents have haunted him for years. Determined to discover the truth, he has returned to the desolate region where they lived, along with a group of friends, to try and uncover the mystery. Ignoring warnings from the locals that the area is cursed, Cory and his friends soon realize that the legend is true, as the Demon Wind, possesses and destroys them, one by one, turning them into monsters from hell.

Cameras record the violent deaths of several unsuspecting actors on the terrifying set of an experimental film.

Marvelous and the Black Hole [2022] Review: An Honest Coming-of-Age Punctured By Its Visual Experiments