Everything We Know About ‘The Witcher: Blood Origin’: The Witcher franchise enjoys one of the most loyal and passionate fanbases; based on the much-loved fantasy novels and short stories by Polish author Andrzej Sapkowski, the franchise has expanded to comic books, video games, board, and card games along with television and film, all massively popular. Netflix is releasing a four-part special miniseries based on the world of the Witcher saga after the major success of the first two seasons of The Witcher series starring Henry Cavill as the protagonist, Geralt of Rivia. Fans have been eager to explore the Continent and its unique history; the miniseries will cater to the hunger for more stories from the Continent among the fans, especially since it has been a year since Season 2 of The Witcher was released.

The miniseries is created by showrunner Declan de Barra and Lauren Schmidt Hissrich and would be a prequel to The Witcher. The world of the Witcher has a wide array of fantasy beings from Elves, Sorcerers, magically created mutants ‘the witchers’, and humans, each with its own special history, which lends an interesting area to explore. The show went into production in August of 2021 in the United Kingdom and filming officially finished on 21st November 2021, as announced by the series co-creator Declan de Barra.

What is ‘The Witcher: Blood Origin’ About? 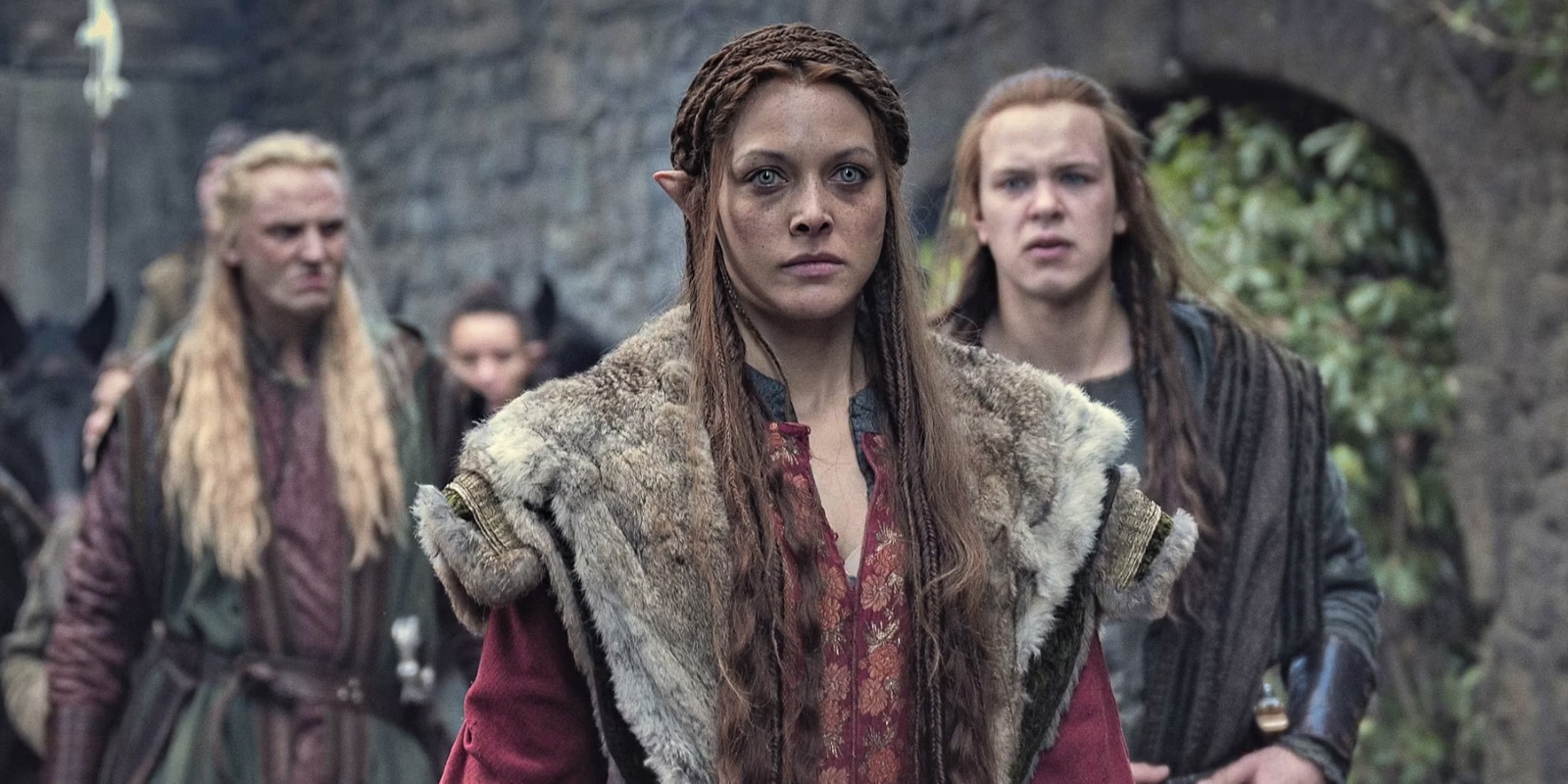 ‘The Witcher: Blood Origin’ is a limited miniseries that would act as a prequel of sorts to The Witcher series. Much talk has been about the conjunction of the spheres in the original series and the world that existed before it changed irreversibly later. The miniseries explores this world and is set 1200 years before the event of The Witcher. The series would detail the events that led up to the Conjunction and the creation of the first Witcher. The series will also explore the ancient society and culture of the world where Elves ruled and lived before, and they were wiped out as the spheres crashed, and there was a fight for supremacy and coexistence.

The official synopsis of the show on Netflix reads as “Set in an elven world 1200 years before the time of Geralt, Yennefer, and Ciri, The Witcher: Blood Origin will tell a tale lost to history: the creation of the first prototype Witcher and the events that led to the pivotal Conjunction of the Spheres when the worlds of monsters, men, and elves merged to become one.

The official YouTube trailer’s synopsis reads, “Taking place in the elven Golden Era, 1200 years before the time of Geralt, Yennefer, and Ciri, The Witcher: Blood Origin tells the story of seven strangers who join together to fight an unstoppable empire. Though they hail from warring clans, Éile and Fjall must learn to trust one another if they hope to lead this band of outcasts on their quest to topple the Continent’s oppressors. But, when gateways to other worlds are opened, and a power-hungry sage unleashes a new weapon, the Seven realize they must create a monster in order to defeat one….”

Related: What Monsters Are In The Witcher Series?

Who is in ‘The Witcher: Blood Origin’ Cast?

‘The Witcher: Blood Origin’ has a big cast. The most famous face to join the series is of seasoned actress Michelle Yeoh who stars as Scian, the last member of a tribe of sword elves on a quest. British actress Sophia Brown joins the cast as Éile, a warrior who moves on to become a musician. Sophia Brown starred as Karen in BBC One television series ‘The Capture’.

Irish Actor Laurence O’Fuarain is cast as Fjall, a man born into a clan of warriors who is on a quest for vengeance. O’Fuarain has previously appeared in minor roles in series like Game of Thrones and ‘Vikings.’ British actor and comedian Lenny Henry is cast as Chief Druid Balor, with Scottish actress Mirren Mack joining Merwyn’s role. Famous Irish comedian and actor Dylan Moran is cast as Uthrok One-Nut.

Many other actors join the wide and eclectic cast of ‘The Witcher: Blood Origin,’ which remains multiracial and diverse like the original The Witcher series. English actress Minnie Driver has joined the cast as a Seanchaí, a shape-shifting storyteller who can travel through time and worlds, leading fans to speculate whether Driver will pay an appearance in the much-awaited third Season of The Witcher and what stories she might tell.

The Release Date of  ‘The Witcher: Blood Origin’ and Where will it Stream?

Fans have been hungry for more from the enchanting world of the Witcher, and this prequel series comes as a happy gift to the audiences. People will get to revisit the Continent after almost a year since the last season of The Witcher was released.

The prequel miniseries arrives as a holiday present on a streaming platform giant – Netflix, and will start streaming in late December. All four episodes of ‘The Witcher: Blood Origin’ will be released on Christmas Day, 25th December 2022, on Netflix.

Watch the Trailer for ‘The Witcher: Blood Origin’

The teaser trailer for the miniseries was released on 11th November 2022, and the official trailer was released on 3rd December 2022. The trailer of the fantasy action-adventure series shows the unknown mystical world 1200 years before the arrival of monsters and humans set in the golden era of the Elven civilization. We get a glimpse of the majestic scenery and violence both emblematic of the Witcher world. We are introduced to seven warriors, outcasts, and strangers who are ready to fight an unstoppable empire. There is a fight, battle, magic, fire, and all things grand and thrilling, promising a binge-worthy entertaining series full of thrill and adventure that is bound to make Christmas even merrier. You can watch the teaser and trailer for yourself here:

Watch the Official Trailer of The Witcher: Blood Origin