There’s no shortage of movies with intense thrills. Whether it’s a moody cop drama, a morally-questioning crime tale, or an intriguing mystery, there’s nothing quite like the intensity of a thriller. For being such a popular genre, however, it can be easy to miss one or two films as they come out. With so many movies being released in theaters, on video, and streaming services, it’s a crowded environment where movies can get lost. So if you’re seeking a good thriller to indulge in, here are a few movies to consider for catching up on the best thrillers. Check out what’s new and you should be streaming now.

In The Guilty Jake Gyllenhaal plays a detective with a rocky record who is reduced to working in an emergency call center. His night on the job finds him dealing with a string of standard incidents until he comes across an exceptionally dangerous one. He gets a call from a concerned woman in a car with her kidnapper. Aiming to save her, the detective does his best to try to figure out where she is and what went down that led to her being taken, hostage. But he may not be ready for the truth as the calls grow all the more intense and heartbreaking over time. This thrilling crime story takes place entirely within a call center and is incredibly directed by the action-oriented director Antoine Fuqua (The Equalizer).

Ellie is a young adult with an obsession with 1960s music and fashion, eager to make her dreams of a fashion designer to the big city. When the dorms become too tough to endure, she favors living in an old house rented out to students. While in that house, she experiences the visions of a murdered woman from the 60s. While still struggling to find herself in college, she makes it her mission to uncover just who was responsible for this unsolved case. And it may not be who she thinks. This thrilling murder mystery comes from the fast-paced director Edgar Wright (Hot Fuzz, Baby Driver) and stars Thomasin McKenzie, Anya Taylor-Joy, Matt Smith, Michael Ajao, Terence Stamp, and Diana Rigg. It’s currently available for streaming on Apple TV & Prime. 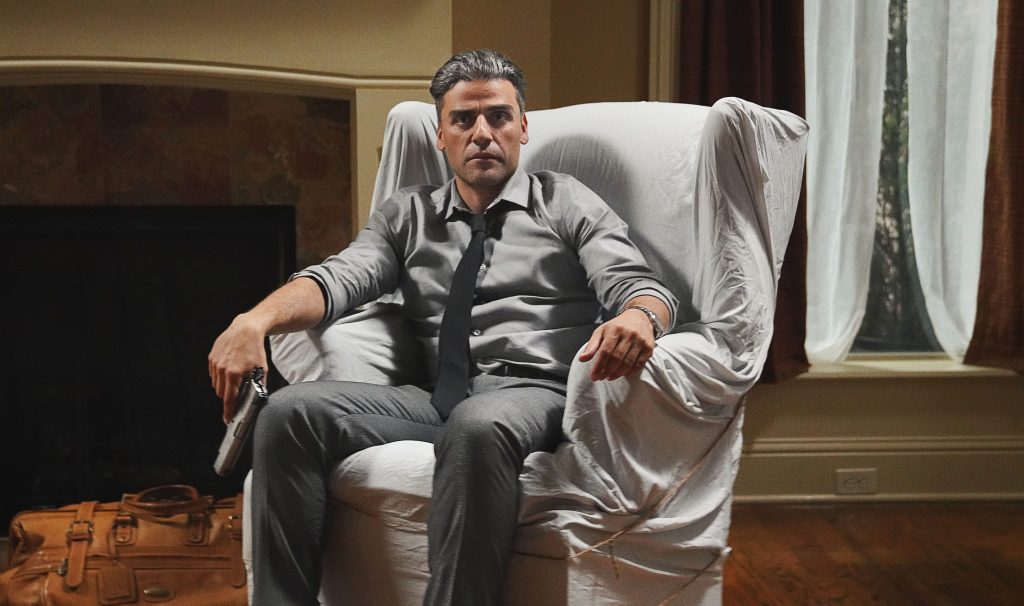 Director Paul Schrader (First Reformed) still has that special touch for conceiving morally-adrift characters. In The Card Counter, William Tell is a former soldier just released from prison who makes a new career in gambling. He lives a life free of vice as he works his way to the top of the charts as a top card player. But his past comes back to haunt him when his days of torture at a military prison remain in his nightmares. The son of a disgraced soldier comes towards William with a proposition of revenge, a tantalizing prospect that William struggles to deny. Filled with moody, violent, and quiet moments of intensity, this chilling thriller stars Oscar Isaac, Tiffany Haddish, Tye Sheridan, and Willem Dafoe.

Alexia is not your average woman. Having been in a car crash at an early age, she grew up loving cars. Her love goes far beyond just obsessing over different models and dancing upon them. She has physical relationships with automobiles. By some miracle, she ends up pregnant with a car’s child. However, Alexia is also a murdering sociopath who is on the run from the law. To hide, she pretends to be the missing son of a depressed firefighter. All she is hoping for is a place to hide but she may find more compassion than she expected. This unorthodox thriller comes from director Julia Ducournau (Raw) and is loaded with thrilling scenes of one woman’s struggle for identity and love.

Nicholas Cage gives one of his best performances in this somber thriller. He plays an isolated truffle hunter of Oregon who lives in a shack with his pig. When his pig is kidnapped, he sets out to find his animal and come to terms with his own grief. Think of it as John Wick where the hero doesn’t rely on violence to solve his problems, considering he takes a path favoring more non-violence. It’s an expertly directed and written thriller where the most intense scene is Cage talking down a phony restaurant chef.

What to watch out for in 2022? Among the upcoming thrillers, you should not miss are Ambulance, Nightmare Alley & Bullet Train.