Lijo Jose Pellissery who broke out into Festival circuit with his bomb filmmaking in 2017’s Angamaly Diaries, is back with his newest project. ‘Jallikattu’, whose first look sends us into an otherworldly experience is again set in his home town. His previous film Ee. Ma. Yau (translated to Rest in Peace) was the Best India Film Of 2018 according to our Senior film critic Nafees Ahmed. Not just that, it also featured on The Best Asian Films of 2018 list and The 50 Best Films of 2018 list cementing the universal appeal his films have.

The interesting thing about Pellissery’s films is their ability to look beyond its one-line loglines to truly investigate the slyly comical human condition at it’s best and worst. In Ee. Ma. Yau, a son has to dig up and withstand the societies’ strange rituals and pathos when the only thing he wishes to do is give his father a proper funeral.

Similarly, Jallikattu’s first look seems like the kind of film that spells chaos out of one common issue plaguing the village and society at large. The synopsis simply reads that the hometown’s existence faces a topsy-turvy when a buffalo escapes and causes a frenzy of ecstatic violence. But since Pellissery – Who previously showed signs of raising his magic-realist eyes have gone a step further when the aesthetics of the films are concerned. There’s an image that shows a man turning back to an early man which can only be considered as a direct critic. This is definitely pointing as a satire on how violence in the country spools out of nothing at all.

Clocking at a crisp runtime of 91 minutes, Lijo Jose Pellissery’s Jallikattu will have it’s World Premiere in the Contemporary World Cinema section at the 2019 Toronto International Film Festival. The film is still awaiting a trailer which will be up as soon as the TIFF schedule in up on the 20th.

Check out the First Look Images of Jallikattu here: 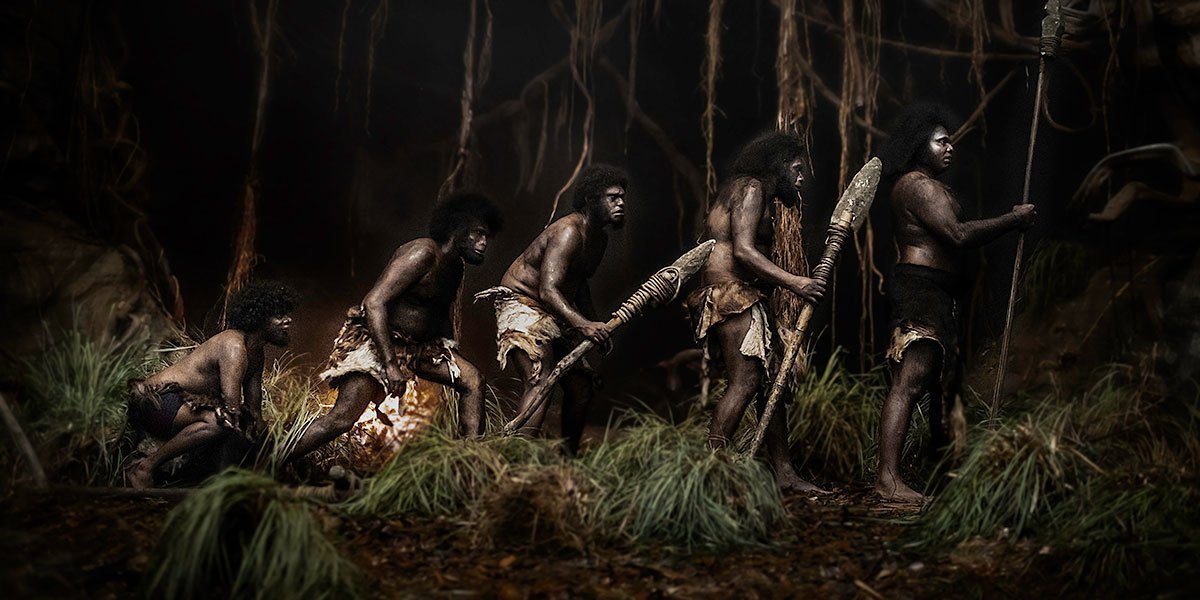 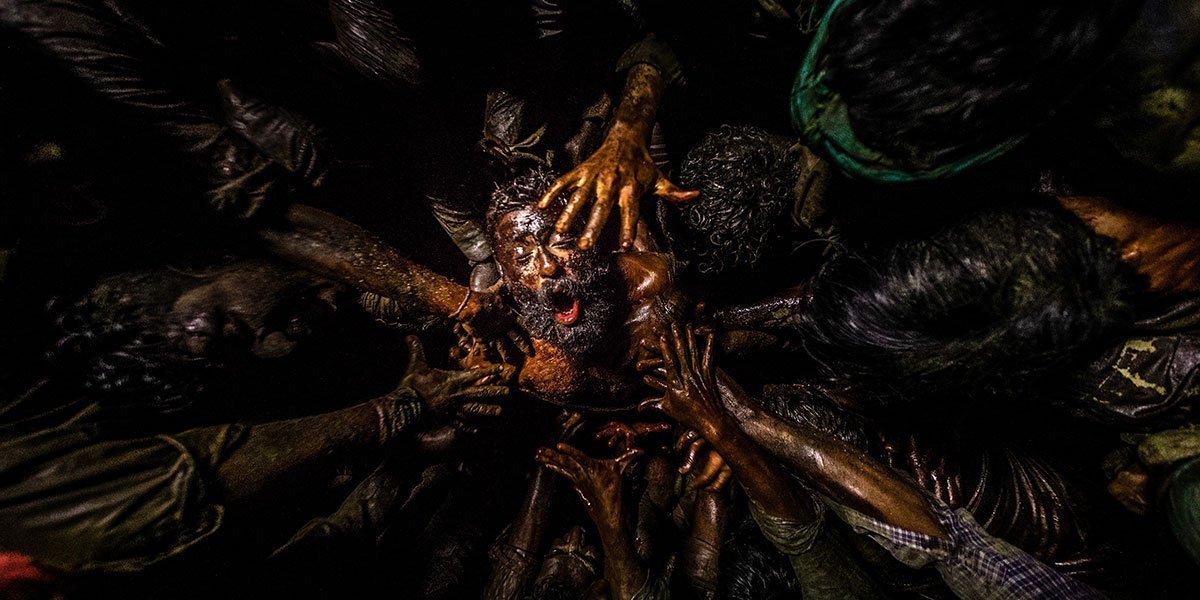 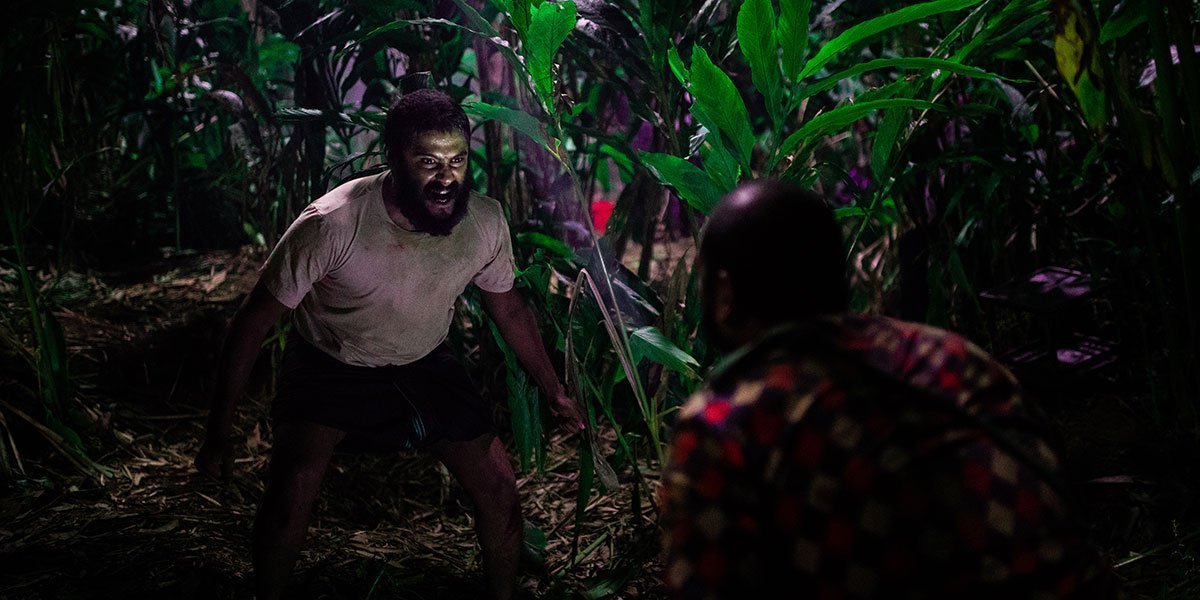 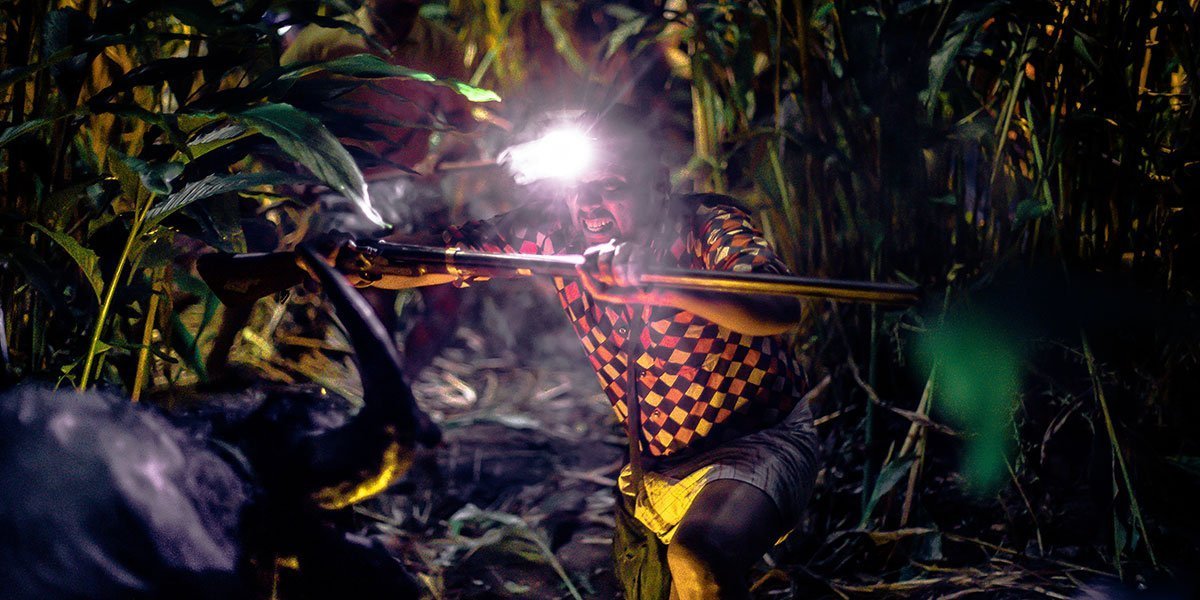