Casino movies are notorious for flouting gambling rules. They barely follow strategies and actors can hit the jackpot even when all odds are against them. But we watch these films anyway because we love the stars and how they flash envelopes of cash or outsmart their rivals to win enormous sums of money. In this article, we look at six casino movies where an actor made the right gambling to move precisely and changed the progress of the game. 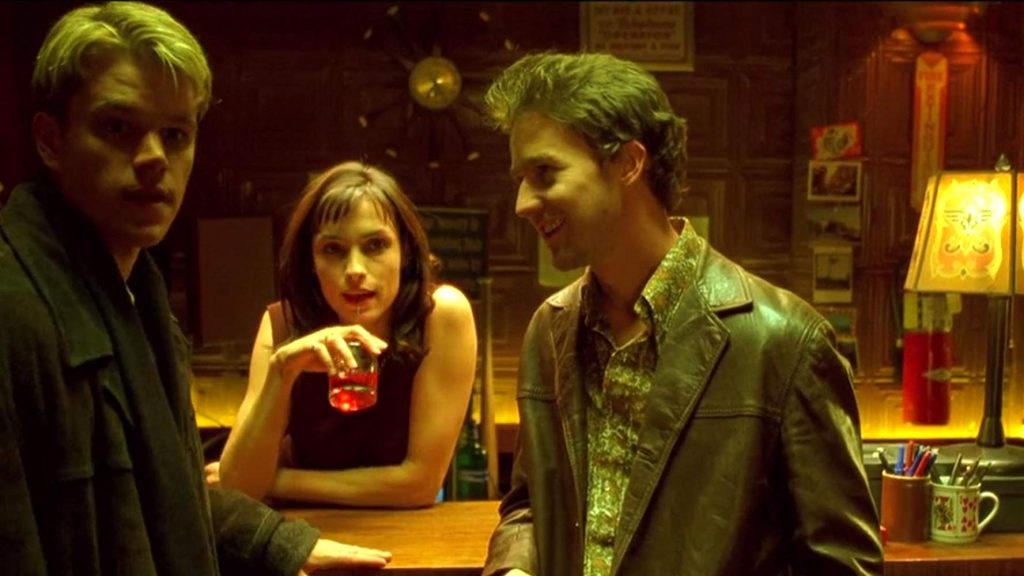 Rounders is a classic cinematic masterpiece among people who fancy casino gambling. It featured Matt Damon as Mike, a young poker prodigy with a dream to participate in the World Series of Poker. But after his long-time friend Murphy (Edward Norton) gets him into trouble by borrowing money from a Russian mobster named KGB, they have to act fast to repay the loan.

Mike’s only way of repaying the loan was to participate in underground poker competitions. And so he begins to bet around town to accrue enough money to pay KGB. Lucky for him, KGB is also a poker player and an overconfident one for that matter.

So, when the two men meet up at a high-stakes poker game, Mike schemes the perfect way to beat his lender. He acts naïve around the table and even loses a few bets. But as the KGB becomes overconfident, he challenges him to go all-in. Mike then produces his winning straight flash hand and wins the $60,000 prize pool. 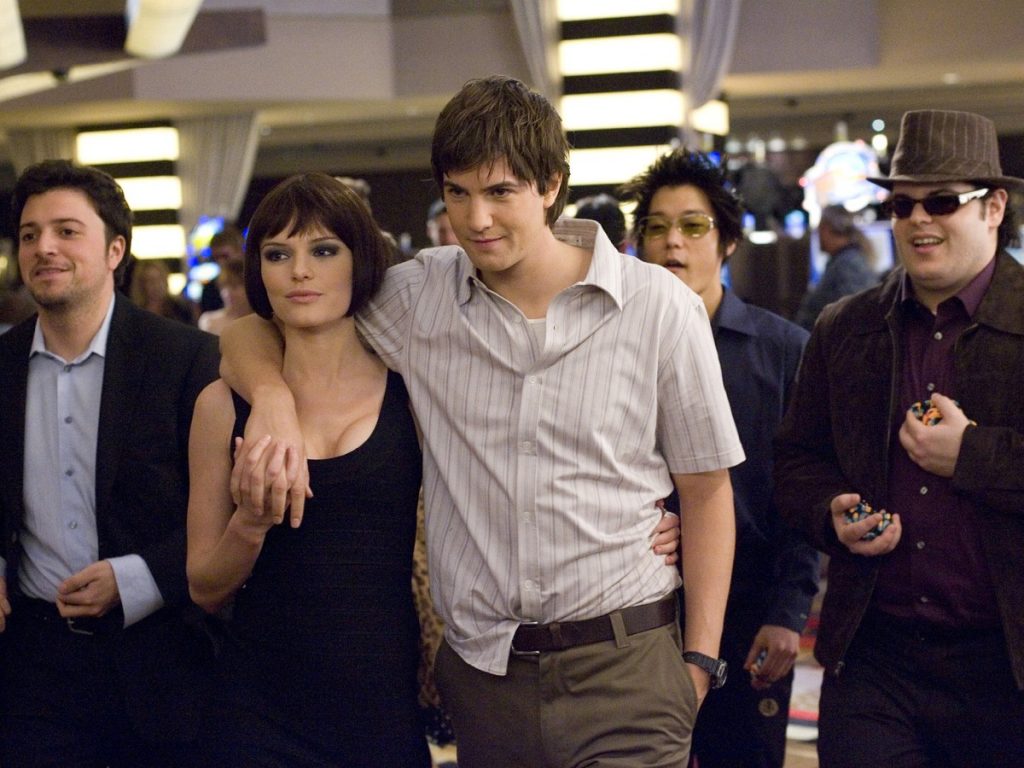 Kevin Spacey’s 2008 hit film ‘21’ was supposed to breathe life to the infamous story of a team of MIT students who made a fortune counting blackjack cards in Las Vegas. But due to its controversial casting choices, it received mixed reviews.

Despite that, 21 is an incredible movie with a smooth storyline that builds up to a series of epic scenes. On the one hand, there are the cat and mouse chases between the team and casino security chief Cole Williams (Laurence Fishburne).

On the other hand, the blackjack team splits up after professor Micky Rosa (Kevin Spacey) gets into disagreements with his team. In search of revenge, the team conspires with Williams to lure Rosa to the Planet Hollywood Casino.

William has grievances with Rosa and he agrees to allow the team to play blackjack one more time while he deals with the professor. Unfortunately, the group of geniuses didn’t know Williams was scheming a genius move at their expense.

After beating Rosa throughout the night, he captures the team and takes away their $640,000 fortune. They can’t suit him because they gambled it illegally and they can’t get him fired because he was about to retire. 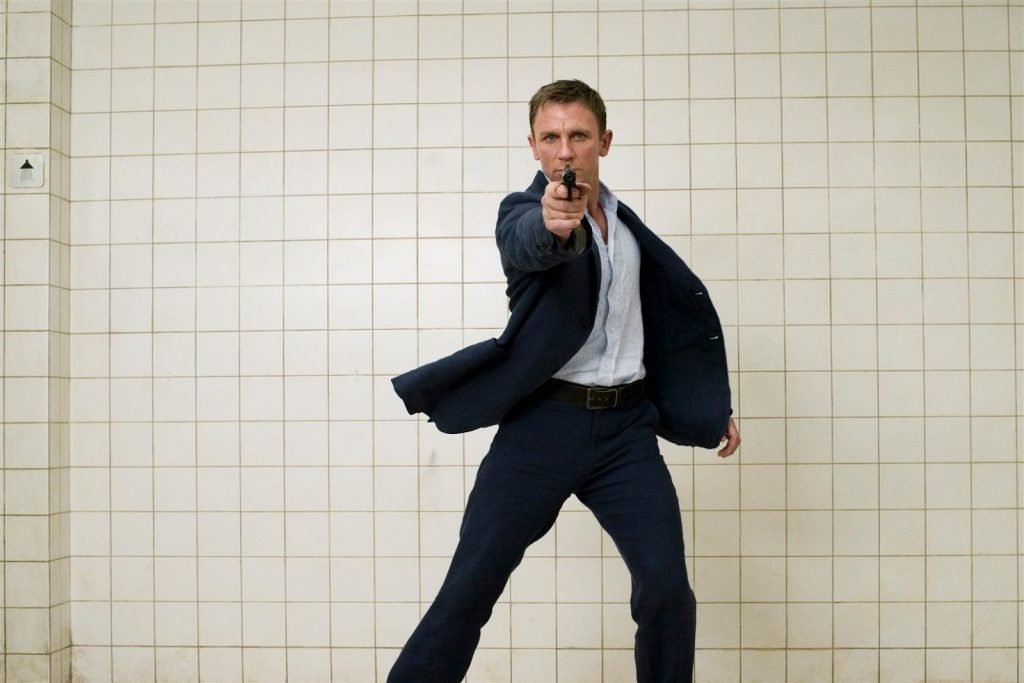 If you watched Bond movies frequently, you probably realized something strange in Casino Royale. Agent 007 made Texas Hold’em the center of his attention while in a real sense his favorite gambling game is baccarat.

Bond’s love life with Baccarat is well-documented in Ian Fleming’s books. In fact, Fleming’s Casino Royale book revolves around Agent 007 using the best baccarat strategy to beat Le Chiffre, the main villain in the series. In the 2006 movie, however, Bond shifts gears to play Casino Hold’em.

Of course, Bond never loses his gambling bets. It doesn’t matter whether he gets poisoned in between games or must kill a mobster before he participates in a high-stakes tournament.

In Casino Royale, Bond’s best gambling moves involve observing his opponents and preparing for their actions. For instance, he successfully beats Le Chiffre after observing his demeanor and realizing he doesn’t look okay. 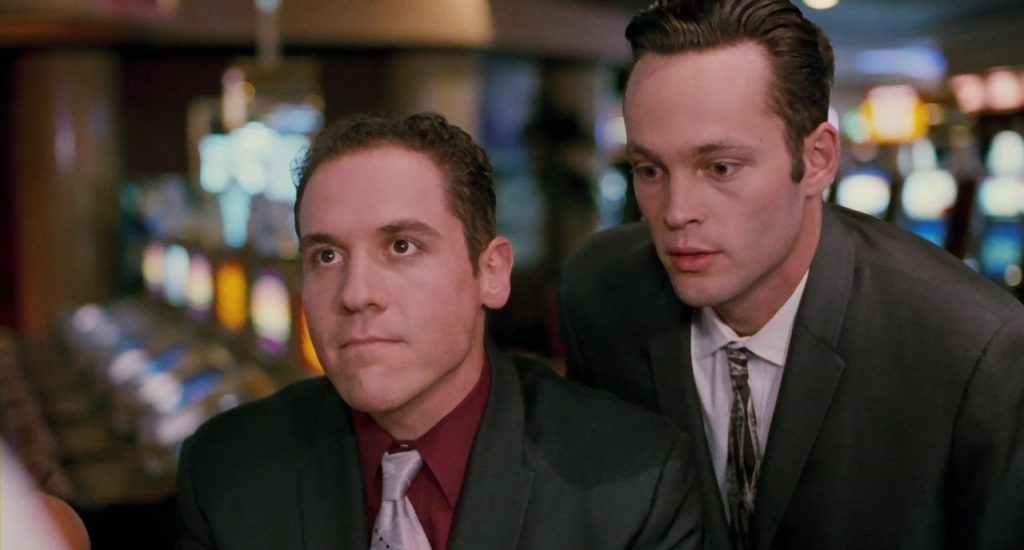 Swingers is a comedy-drama that dispenses its jokes through the cluelessness of wannabe comedian Mike Peters (John Favreau). His aspiring actor friend Trent (Vince Vaughn), on the other hand, is a gambling fan who challenges him to take a trip to Las Vegas.

Mike is eager to visit Las Vegas because he wants to meet new friends now that it was six months since he broke up with his girlfriend. But being a nosy man, he pretends to know all blackjack rules at which point his dialogue creates a series of hilarious exchanges.

First off, Mike pretends to be a high roller and offers to pay $300 on a table game with a $100 buy-in amount. Next up, he acts like he knows all the rules of blackjack while Trent teaches him why he should always double down on 11.

Gambling aside, Mike’s greatest move in Swingers was to approach Lorraine to connect with her. Up until then, all he contemplated was how he could get back to his ex. But thanks to Lorraine, he moves on from Michelle, which is all along what was the aim of the film. 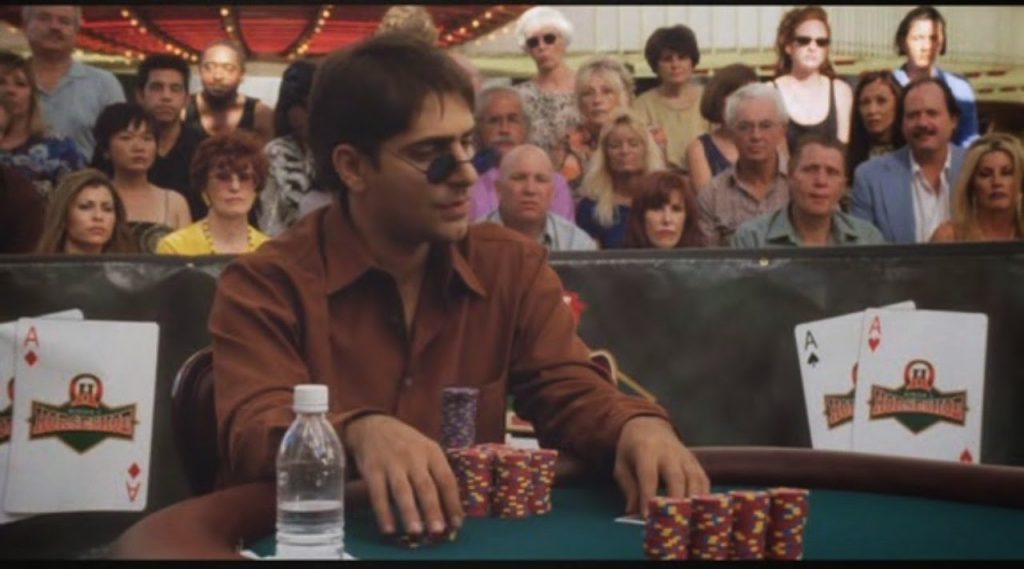 As the named suggests, this film is a biopic bent on highlighting the life of the famous poker player, Stu Ungar. In many ways, it’s also a cautionary tale of how not to ruin your life once you succeed at what you do and accrue millions of dollars.

In the poker world, Stu Ungar is one of the best players to have ever graced the sport. The biopic depicts this aspect of his life vividly, including his genius gambling moves and how he applied them to win million-dollar jackpots.

Unfortunately, Ungar made far too many poor choices. His alcoholism, drug addiction, gambling on sports he was unfamiliar with and prostitution cost him over $50 million. And frustrated at what he had become, he took his life inside a cheap motel in Vegas. 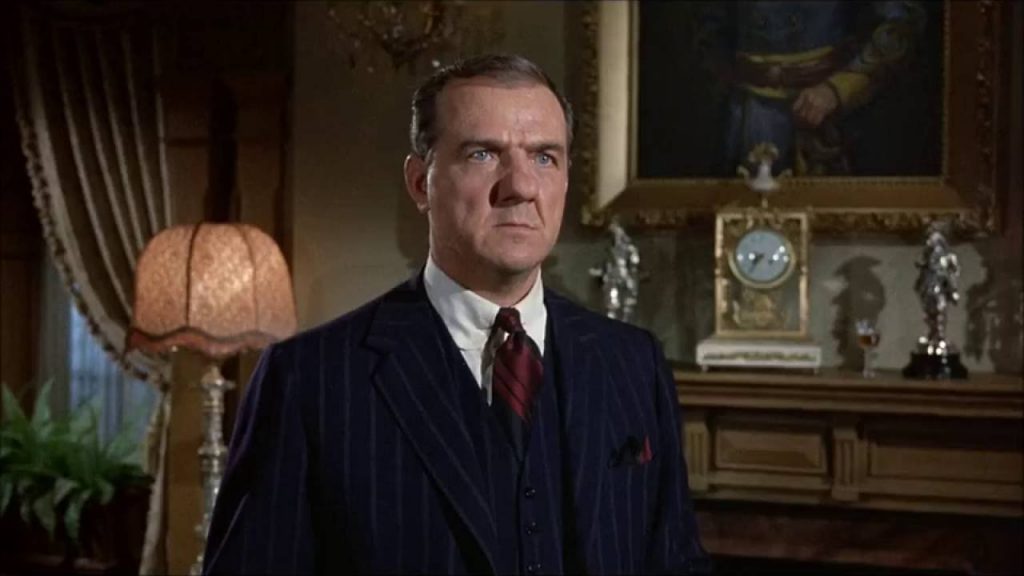 More than 50 years after its release, the Cincinnati Kid is still one of the best gambling movies ever. It’s a bit controversial over how it ended. But depending on how you interpret it, the movie proves that experience more often than not beats talent and great skill.

The movie revolves around Eric “The Kid” Stoner and Lancy “The Man” Howard. Both are excellent poker players but the Kid challenges Lancy to a game of poker to prove he’s the best player in the world. In the competition, Lancy loses several rounds and pretends to lose his confidence before winning the game with a straight flush.