Watch Bhediya Online: Amar Kaushik’s “Bhediya” is the latest installment of producer Dinesh Vijan’s horror-comedy universe franchise. Famous for their signature quirky take on popular Indian horror folklore, the franchise kicked off with the 2018 horror-comedy Stree, which was also directed by Kaushik. The Raj Kumar Rao-Shraddha Kapoor starrer made a huge impact thanks to a great performance by the cast and the perfect blend of bone-chilling horror and rib-tickling comedy. Stree was followed by Hardik Mehta directed “Roohi” which did not perform as well as Stree.

While Roohi was more of a spiritual successor of the first movie, Bhediya is more of a direct spinoff as Abhishek Banerjee’s “Jaana” from Stree is an important character in this one as well. Not only that, but other characters from Stree are also appearing in Bhediya. It is also the third movie of Kaushik, who went on to direct the commercially successful Ayushman Khurana comedy “Bala” after “Stree”, for the same production company. 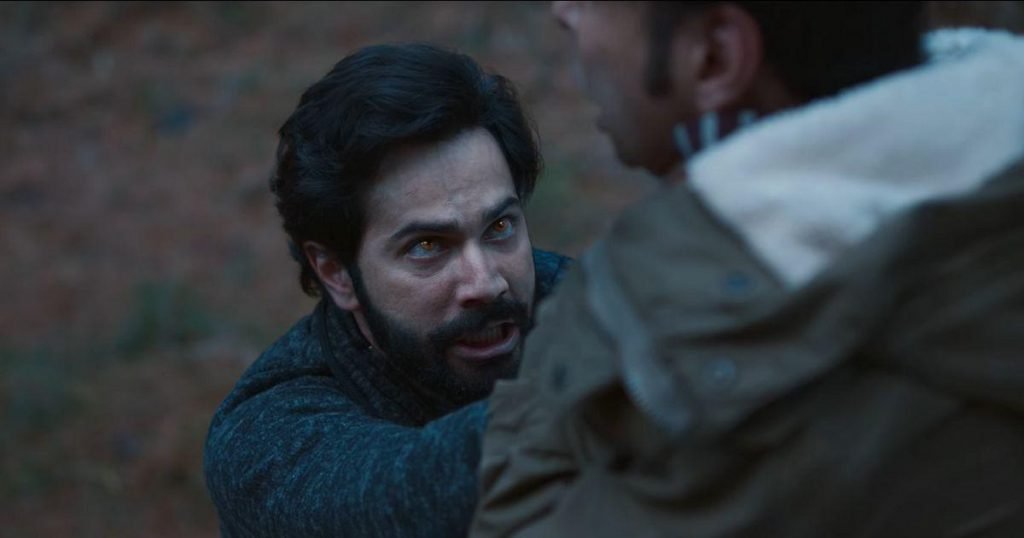 Touted as India’s first werewolf movie, Bhediya follows Jaana’s cousin Bhaskar, who accidentally gets bitten by a wolf and starts to experience significant changes while Jaana and veterinarian Dr. Anika try to help him. The movie was shot in March-April 2021 in various locations in the Indian state of Arunachal Pradesh. Over seventy percent of artists including a central character in the movie are from Arunachal Pradesh, making it the first of its kind.

The movie is produced by Vijan’s Maddock films along with Jio Studios. The latter also happens to be the distributor of the movie as well. With Kaushik back as a director for the franchise, the expectation for this one was pretty high and as per the latest reports, it has picked up the pace and is getting stronger at the box office after a slow start. The reviews from the critics have been mostly positive which is further helping.

Actor Varun Dhawan is playing the lead in Bhediya. Dhawan has been visibly excited about joining this franchise if his social media is anything to go by. He also donated one lakh rupees with his designer wife Natasha Dalal, to the victims of a massive fire in Arunachal Pradesh that occurred during the shooting schedule of the movie.

Along with Dhawan, actress Kriti Sanon is playing the female lead as Dr. Anika. Sanon has risen to fame over the last few years and become a box office draw by herself. Abhishek Banerjee, who broke out in Stree after playing Janardan “Jaana” is back again to reprise the same role which made him famous four years ago.

Deepak Dobrial, Saurabh Shukla, and local actors from Arunachal Pradesh are supporting Dhawan, Sanon, and Banerjee in the cast. Rajkumar Rao, Shraddha Kapoor, and Aparshakti Khurana have cameo appearances where they are all reprising their “Stree” characters. Last but not the least, Sharad Kelkar has been given the responsibility to narrate the movie.

WHERE TO WATCH AND STREAM “BHEDIYA” ONLINE?

At present, the only place where you can watch Bhediya is a theatre near you. You can book your tickets on BookMyShow. However, for those of you who are looking forward to streaming it online, the good news is it will have its digital release in December 2022. It hasn’t been officially revealed which OTT platform will happen. We will update you as soon as we have that information.

Related: Bhediya (2022) Review: The Impending Ecological Catastrophe Masquerading As A Killer In The Jungle