Directed by Joanna Hogg under the banner of A24 studios, the movie follows an artist and her mother returning to a mysteriously haunted hotel that used to be the former home of the mother. The interesting bit here is that Swinton is playing both mother and daughter roles, and if the trailers are anything to go by, she is looking eerily convincing as both.

Swinton and Hogg have recently worked together in the romantic drama The Souvenir (2019) and its sequel, The Souvenir Part II (2021), both of which were received tremendously well critically. Coincidentally, Swinton’s daughter Honor happens to be the lead star of both films. Hogg is particularly recognized for her unusual filmmaking style, where she casts both professional and non-professional actors. She is also known for bringing out a certain kind of social realism in her films, which has been responsible for opening up a new form of storytelling in British drama films. 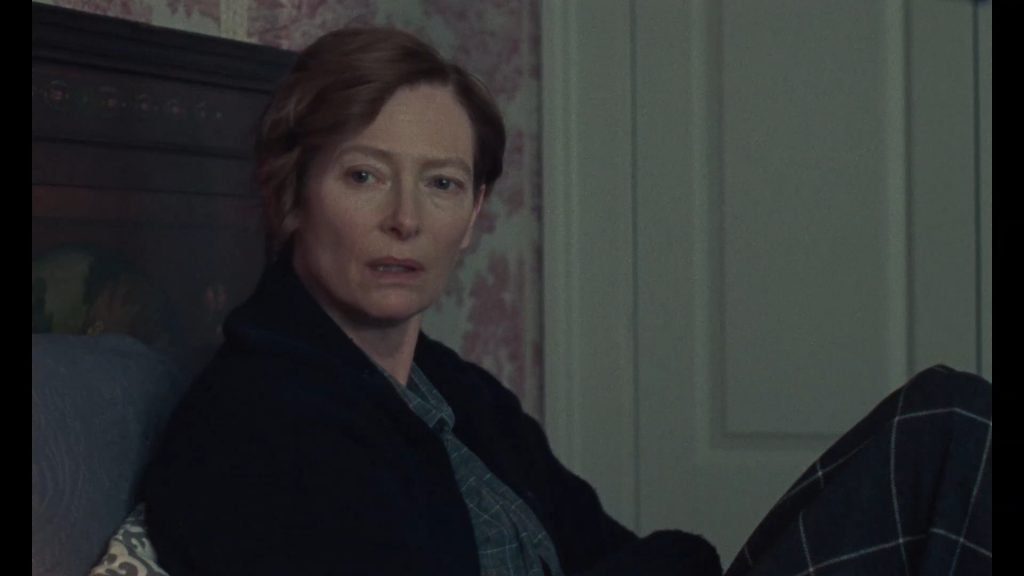 “The Eternal Daughter,” which was shot secretly in Welsh during the Covid-19 pandemic, premiered at the 79th Venice International Film Festival on September 6, 2022. After two more screenings at the Toronto International Film Festival (TIFF) and the New York Film Festival, the movie was released in the theatres of the United States on December 2, 2022. Like Hogg’s previous two movies, the critical reaction has been highly positive for “The Eternal Daughter” as well.

The 96 percent score based on 73 critics’ reviews on Rotten Tomatoes clearly indicates that. It has been highly praised for portraying the relationship between a mother and daughter and also shedding light on how to deal with the things we leave behind. Swinton has received acclaim for being able to distinguish between the two characters she is portraying, which is not surprising considering her superior acting skills.

Screen and stage actors Joseph Mydell and Cary-Sophia Davies have been cast in supporting roles in The Eternal Daughter, with Swinton playing both the lead, of course.

WHERE TO WATCH AND STREAM THE ETERNAL DAUGHTER ONLINE?

As of now, The Eternal Daughter is not available anywhere online for streaming. However, A24 studios who are producing and distributing the movie did a trial run of a “screening from home” service with some of their selected movies where United States residents could watch movies right from their homes by paying a small amount.

So it can be expected that The Eternal Daughter will eventually be available for streaming on the A24 website and so many other A24 movies. There is no official announcement regarding that yet, but we will inform you as soon as we find that out.

Related: Here’s Where To Watch And Stream Will Smith’s New Movie, Emancipation Online

Here's Where To Watch And Stream Will Smith's New Movie, Emancipation Online

Scrooge Megaways And More Top Slots To Play at Christmas