Watch And Stream Will Smith’s Emancipation Online: After taking home the best actor trophy at the Academy Awards earlier this year, Will Smith is back with his new movie Emancipation. Directed by Antoine Fuqua, the historical action movie dramatizes the true story of former slave Gordon who was much responsible for the abolition of this inhuman practice.

Set during the time of the American Civil war, the movie focuses on the escape of this enslaved man named Peter from a Louisiana plantation and subsequently being hunted by cruel men as he travels to the north to join the Union army. The change of names of the real-life character happens to be a collective decision based on sensitivity.

With a subject as essential as this, the movie is supposed to be a sure-shot Award contender. Unfortunately, though, the road for this movie to glory might be rocky due to Will Smith’s infamous “slap-gate” incident at the same academy award ceremony where he won the best actor. In fact, Smith has publicly requested the critics and audience not to make this movie stuffer because of his action. 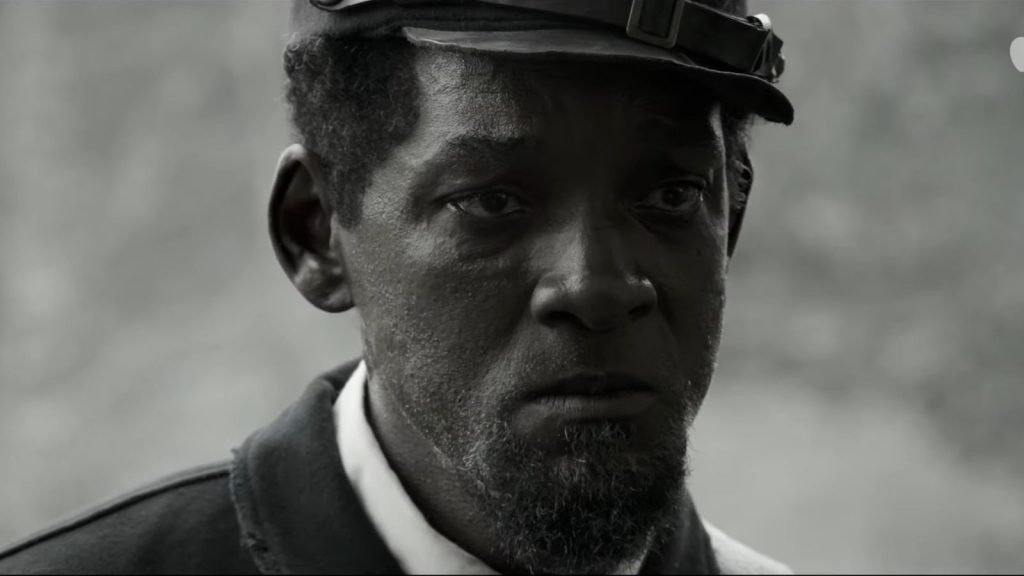 Director Antoine Fuqua, who is helming Emancipation, stands on his own merit. After making his debut with the actioner “The Replacement Killer” back in 1998, Fuqua made it big with the award-winning 2001 crime thriller Training Day, starring Denzel Washington and Ethan Hawke. Fuqua continued to direct so many movies over the next two decades, with The Equalizer and its sequel being the most popular ones.

Conceived during the Covid-19 pandemic back in June 2020, Emancipation had to go through a pretty grueling production process. The shooting location had to be changed twice, the second time because both Smith and Fuqua refused to shoot in Georgia as that would have supported a government that endorsed regressive voting laws. Because of this many location changes, approximately 15 million US dollars had to be added to the budget.

Unfortunately, though, for whatever reason may be, Emancipation has not met with a highly positive critical reception as of today. Sure, the 3.1 at the IMDB is definitely something it does not deserve, but the 50% Rotten Tomatoes score based on 40 critic reviews is not helping it either. There is still time left, though, for coming to any conclusion, and maybe, just like its protagonist, the movie will also triumph over all the odds in the end

Will Smith is leading the cast and certainly eyeing another best actor trophy at the Academy Award after last year. He is supported by a very exciting ensemble, which has formidable names like Ben Foster (Hell or High Water), Charmaine Bingwa (Black Box), Steven Ogg (The Walking Dead), and Timothy Hutton (The Haunting of Hill House).

WHERE TO WATCH AND STREAM EMANCIPATION ONLINE?

The first screening of Emancipation was held on October 1, 2022, at the Congressional Black Caucus Foundation’s Annual Legislative Conference in Washington, DC, where both Smith and Fuqua were present for an interactive Q&A season. After another screening in Los Angeles on October 24, 2022, it premiered in theaters on December 2, 2022.

For those of you who are planning to stream Emancipation online, you don’t have to wait long. As Apple original films are one of the co-producers and Apple Studio is also in charge of the distribution, Emancipation is going to be available for streaming on Apple TV+ from December 9, 20022.