Watch The Son Online: The internal turbulences of a family and how they mold and guide the human psyche have been one of the most authentic and harrowing themes art has had a thing for. And films are no different. One can even argue that movies are at their most vulnerable and affecting form when they explore and intrude into the lives of characters when they’re at their most unmasked state–that is amongst family.

A director who has a keen eye for the psychological nuances of a family is Florian Zeller. Zeller’s 2020 psychological drama The Father starred a side of Anthony Hopkins we’ve never seen before. Hopkins’ stirring performance won him the Best Actor award at the 93rd Academy Awards and Zeller won the Best Adapted Screenplay. 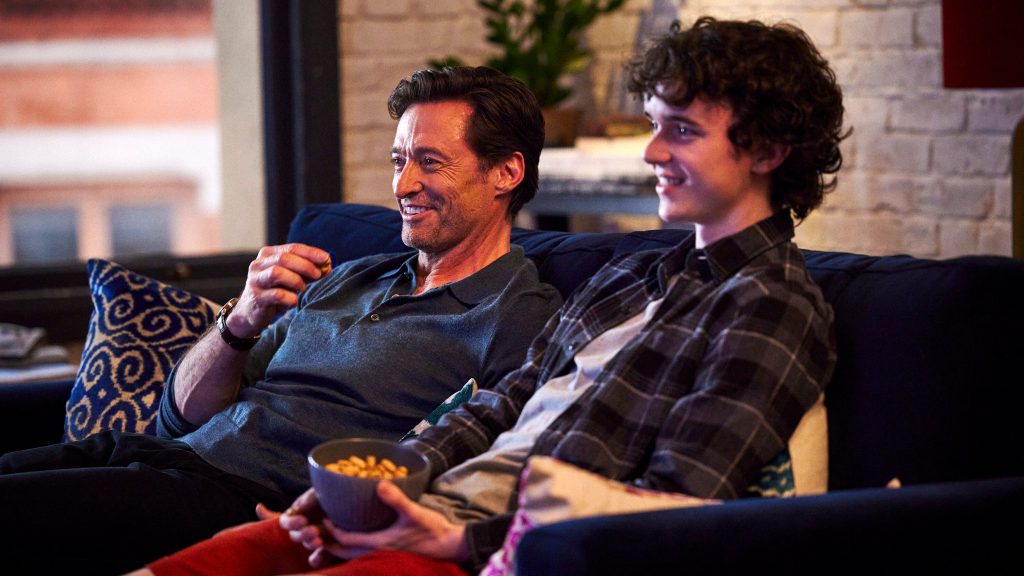 Part of the Zellers trilogy that includes The Father and The Mother, The Son has been adapted from Zeller’s own 2018 play of the same name. The psychological family drama will have Hugh Jackman play the father who tries his very best and often fumbles to get his broken family together and provide a stable environment for his teenage son.

The film will start off with Peter struggling with the newfound responsibilities that came with an infant son and his new relationship with Beth. When his ex-wife Kate shows up at his door with their troubled seventeen years old Nicholas, Peter has to do right by his son and take him in. The pressure of handling an infant, and a troubled teenager while juggling work and a dream job offer, has Peter overwhelmed and cracking at the edges. As he tries his best to not have history repeat itself and not make the mistakes that his own father had made, Peter loses touch with the present.

The trailer is tense with the concern of the two failing parents. Nicholas hasn’t been to school in a month and faces expulsion. The desperate boy tries to reach out to his father who does not have the patience to listen. While Peter and his ex-wife wonder how they messed everything up so badly, Beth demands the same kind of concern and care from Peter.

Like Zeller’s debut masterpiece, The Son dazzles a fantastic star lineup. Wolverine star Hugh Jackman has been cast as Peter, the struggling father trying to mend his ways. To play his new partner Beth, Academy Award-nominated actress Vanessa Kirby joins the team. Kirby has given an incredible performance as Princess Margaret in Netflix’s monarchy drama The Crown. Academy Award winner Laura Dern is playing Kate, Peter’s ex-wife and Nicholas’ mother. Dern’s career has skyrocketed in recent years with her moving performances in Marriage Story, Little Women, and TV’s Big Little Lies. Tying up a string with Zeller’s first feature The Father, Anthony Hopkins appears as the same character, Anthony, who happens to be Peter’s father as well.

Where to Watch and Stream The Son Online

The Son had its world premiere at the 79th Venice International Film Festival on September 7th, 2022. What was originally going to be a November 11th release then shifted to a limited theatrical release across New York City and Los Angeles on November 25, 2022. The film is set to have a nationwide release on January 20, 2023. Head over to Fandango to look for theatre listings near you.

As of now, the distributors haven’t released any official information as to when The Son will be available online. However, Sony Pictures Entertainment’s recent five-year deal gives Netflix the exclusive US rights to Sony’s movies once they’re out of theatres and payable Video-on-Demand services. So the film will most likely be available on Netflix in the upcoming months. Keep an eye on this space for more updates about the same.

Exceptional Features of an Online Casino