In one of the (many) brilliant scenes of “Captain Fantastic”, we find Vigo Mortensen’s character Ben Cash arguing with his sister and her husband on the topic of bringing up children. Ben’s children are homeschooled in the wilderness where he lives while his sister’s children are rather conventional, and follow the regular go to school and learn about the world way. When the sister questions about Ben’s children not knowing anything about the real world because they have not been to school ever and lived in the wilderness all their lives, Ben calls up to the two children of her sister, both boys around the age of fifteen, and asks them about the “Bill of Amendment” to which both of them mostly shrug and stammer, with one of them holding onto his x-box, looking pretty much disinterested in the whole thing. Ben then calls his eight-year-old daughter and asks her to do the same, and the little girl not only gives the correct answer, but she also explains the whole thing in layman’s terms after the pursuance of her father.

A few minutes later, we see another scene where Ben is enjoying his morning coffee, standing on the door of their family bus (it’s a road movie to some extent), stark naked, with his genitalia clearly visible to the audience. An old couple who are passing by, look at him and feel awkward, quite naturally. But Ben seems totally at ease to this and he eventually ends up saying “What? It’s just penis.”

There is another scene where we see one of Ben’s daughter is reading “Lolita” and Ben is asking her about the book to which she is replying “Interesting”. But Ben ruling off the word “interesting” by labeling it as a non-word (read a word, that doesn’t explain anything) and asking her to properly analyse it, which she does. This follows with Ben’s youngest daughter wanting to know the meaning of words and phrases like “Rape” and “Sexual Intercourse” and Ben explaining those to her without shying away.

I know I should get into the review but I just cannot help talking about certain brilliant scenes of this movie. But as this is a rather different film, where we see a character (along with his children) rooting for anti-establishment and following a way of life that we all wish we could follow, I think it’s okay if I don’t write this review conventionally.
So before going into anything, I would declare “Captain Fantastic” as a Fantastic film straightaway, taking inspiration from Mortensen’s Ben. 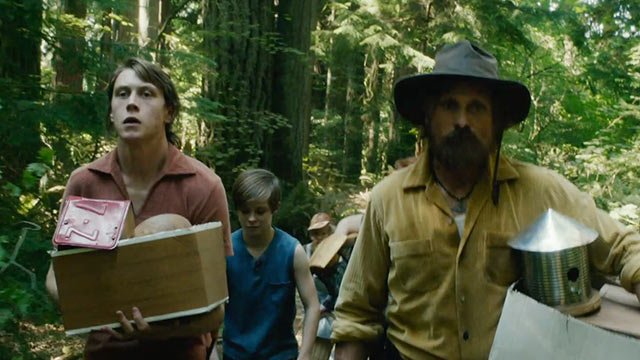 Captain Fantastic, is also a very good looking film. It’s possibly the most beautiful film (apart from The Neon Demon) I have seen this year. It is a visual pleasure right from the very first scene of it and we must appreciate cinematographer Stéphane Fontaine for that. And Fontaine’s stunning camera work not only helps the film to look breathtakingly good, but it also helps the visual storytelling purpose of the film.

Speaking of which, this is one of the most brilliant, engaging ways of storytellings I have seen in any film of recent times. There are not much of a dialogue in the first twenty minutes of the movie, but the storytelling is so innovative and powerful that you feel all the kinds of emotion within that short span of time and already start to feel (and cheer) for the characters, getting totally soaked into their world. Director Matt Ross (also having the writing credit to his name), with the backing of masterful cinematography (already mentioned above) and a very nice, uplifting background score (along with one of this year’s best soundtracks), has done an exceptional job in this department, thus making the whole thing a grand cinematic experience. 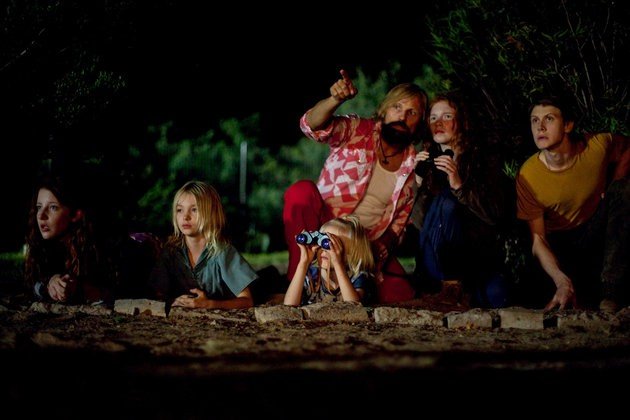 As far the acting goes, I think we all acknowledge the fact that Viggo Mortensen is a great actor. And he is stupendous in this film. Every scene he is in, every word that comes out of his mouth, every different face he makes are all pure gold. This is one of the greatest performances of Mortensen’s career for sure. Complimenting Mortensen’s fabulous act, the rest of the cast (which consists of relatively unknown child artist to names like Frank Langella) delivers a terrific performance. The child actors are particularly good (I would say Stranger Things level good actually) and the relatively young adults are great as well.

I am going to give Captain Fantastic a five-star rating. Not because it’s a perfect film, in fact, I feel it drags a bit in the middle and there are certain (although negligible) holes in the plot, but the film, in the end, has made me feel a kind of happiness that I have not experienced for a long time. It’s not your common feel-good vibe, but euphoric, totally crazy, colorful butterflies flying around everywhere on a bright, sunny, beautiful and warm day kind of insane happiness is what I am talking about here.

Captain Fantastic is a celebration of life. It is a lesson of how life can/should be lived. It is a film that screams “It’s okay to follow a different path, no matter what everyone else thinks”. It is a film that should be seen, discussed and shared with everyone. A film that deserves nothing but sheer, unadulterated love from movie enthusiasts like us.