Alkhallat+ (2023) Review: A thief held hostage in a boisterous wedding. A chef is trying her best to salvage her parents’ failing marriage. A man is attempting to hide his dead friend’s dark secret. And a teenager seeking a way out of his father’s strict eyes in a hotel. These four stories form the core of Alkhallat+ (2023), the latest anthology film from Netflix.

Based on the viral digital web series of the same name, Alkhallat+ (2023) marks Saudi Arabia’s debut on the streaming platform. Directed by Fahad Alammari, the film has four distinct segments united by a recurring stock of clumsy characters who find themselves caught in absurd scenarios. The result is a mostly entertaining, though overlong blend of situational comedy and dramedy led by a competent cast.

The four segments of the film are set in a somewhat sophisticated column of Saudi Arabian society and feature characters who are somewhat out of place in their courtly setting. The first segment (titled “Wedding”) begins with a long take around a house that sees its inhabitants getting ready for the titular function.

Following several failed attempts, the bride’s brother sneaks out of the house for a smoke. He then notices a thief called Faysal trying to steal the family car’s tires. After a long chase, Faysal is captured by the family while his two partners in crime escape. The family, already late for the wedding, has no time to wait for the police and therefore decides to take a tied-up Faysal to the groom’s house.

It is now up to Faysal’s partners to disguise themselves as wedding guests and rescue him from the venue. One of the funniest segments in the film, “Wedding,” is also the most formally innovative. Director Alammari uses several long takes, slow-motion shots, and a sinisterly contrapuntal background score to heighten the tension in his scenes.

Not to mention that the film has one of the most suspenseful and comedic uses of a camera pan in recent memory! However, Alammari’s neat execution of the premise gets weary towards the end when the story does little to pay off the extended setup it had set for itself.

“The Last Dinner,” the film’s most subversive segment, revolves around a chef named Sara who is working in the kitchen of a posh restaurant under the martinet gaze of an English head chef. But making exquisite dishes is not the only worry on Sara’s mind. To save her parents’ failing marriage, Sara books a table for them in the hotel with the help of her friends Muhannad and Hend.

Despite her best intentions to set up a date for her parents, things go awry when the hotel manager appears with a surprising announcement. Sara must juggle things inside the hotel while keeping the anger and resentment between her parents at bay. Although the themes of trickery, lies, and deception are explored again in “The Last Dinner,” the narrative in this segment is stronger than in the first. 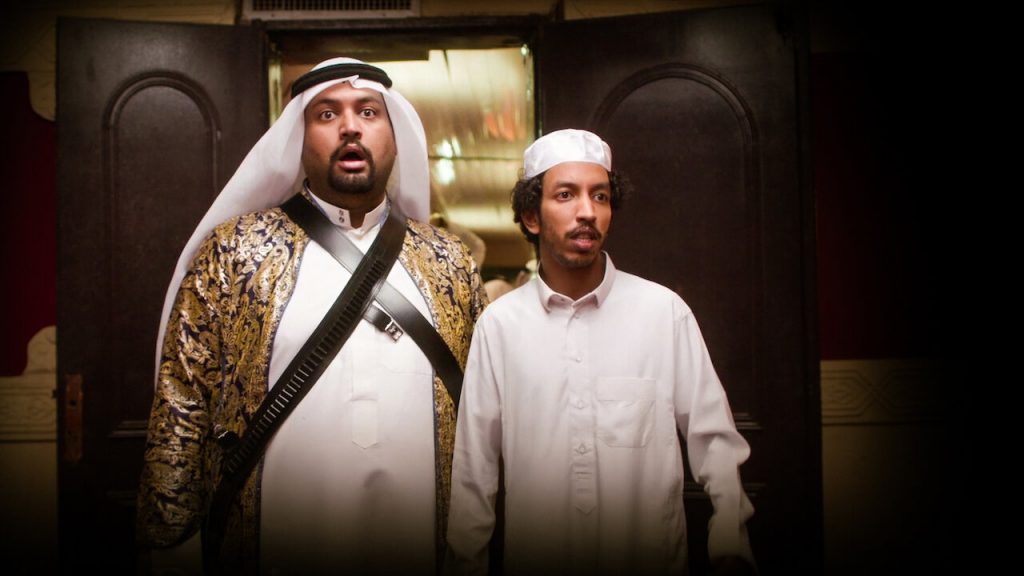 Towards the end of the segment, the film tries to resolve its conflict rather melodramatically, but surprisingly Alammari grounds this resolution within realistic parameters lending it a bittersweet flavor. The last-minute subversion keeps the film from becoming an extended soapy short.

With the third segment, Alammari changes the aspect ratio to 1.66:1, and that is when Alkhallat+ starts to dwindle. The dip in quality is not due to the change in the size of the screen but rather the lack of narrative focus in the last two segments. “The Dead Washer” is one of the more serious sections of the film, covering themes of infidelity, death, and friendship.

After his friend, Fahd, dies in a car accident, Hamad must ensure that his wife, Reem, does not get to know a dark secret about his friend. Although Reem believed her husband to be a loyal and faithful man, Fahd had a mistress on the side. Now it is up to Hamad to ensure that his best friend’s secret gets buried with him. However, this is not as easy as Reem begins to suspect something about her dead husband.

What follows next is Hamad’s awkward attempts to get hold of Fahd’s cell phone and erase all his data before Reem learns of her husband’s extramarital affair. Despite solid performances, “The Dead Washer” falls apart near the end, with its somewhat shocking ending feeling mostly unearned. “Dubai Trip,” the film’s final segment, is a trite and unfocused banal comedy whose plot seems to have been an amalgamation of various 2000s Bollywood comedies.

In the segment, a frugal father takes his family to Dubai and stays in an opulent hotel. Things spiral out of control when the eldest son ventures out of the hotel room at night to get an autograph from his favorite sports star. With each passing moment, the segment gets increasingly ludicrous, having neither the heart nor the wit of its previous episodes.

Unlike other Netflix anthologies, Alkhallat+ is not helmed by four distinct auteurs who bring their unique vision to each segment. Despite this perceptible difference, Alkhallat+ feels like a blend of four unrelated episodes whose only common thread seems to be its gauche protagonists.

It further falters when the narrative attempts to offer some sort of social commentary, whether it be jibes at the sharia law or the precarious position of women in Saudi Arabia. The film’s most vital moments arise when it throws its characters into embarrassing scenarios, which further lends this comedy a suspenseful edge.

Seeing these well-intentioned but clumsy characters make their way through these tricky dilemmas also provides a thematic ground for the film, which otherwise lacks any reason to be a cohesive anthology.

Despite the fact that Alkhallat+ only provides a taste of the content to come from Saudi Arabia, the country’s Netflix debut is auspicious. 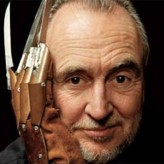 Worshipper at the altar of the holy trinity of Sidney Prescott, Wes Craven, and Kevin Williamson. A connoisseur of everything related to cinema, especially the dark and depraved.

The Spy Who Came in from the Cold (1965) Movie Ending, Explained