Pulsating with life, swirling with emotions & glistening with humanity, Blindspotting is a raw, riveting & rousing social commentary that explores racism, gentrification & police violence in no-holds-barred fashion while doubling as a love letter to the life, culture & community bustling in the streets of Oakland to finish as one of the unexpected cinematic delights of last year. A downright refreshing, hilarious & infectious ride from start to finish that's definitely a must-see.

Pulsating with life, oozing with style, seething with rage, swirling with emotions & glistening with humanity, Blindspotting is a fresh, funny & fascinating portrait of life bustling in the streets of Oakland that expertly balances its elements of drama & comedy and is bolstered by outstanding performances from its leads to finish as one of the unexpected cinematic delights of 2018.

Set against the backdrop of Oakland, Blindspotting concerns a former convicted felon on his last three days of probation as he tries to make it past the due date without any incident, which isn’t as easy as it sounds when his reckless & volatile best friend is around. But a tragic incident one night, coupled with the rapidly changing neighbourhood he grew up in, compels him to re-evaluate his friendship.

Directed by Carlos López Estrada, the film is swift, slick & spirited from the get go and comes jam-packed with a radiant liveliness that’s refreshing, compelling & downright infectious. The dialogues are sharp, spoken in rapid-fire succession, and retain their intensity at all times. Rapping is utilised as a storytelling device here, bringing its own flavours into the mix, and it only becomes more meaningful as plot progresses. 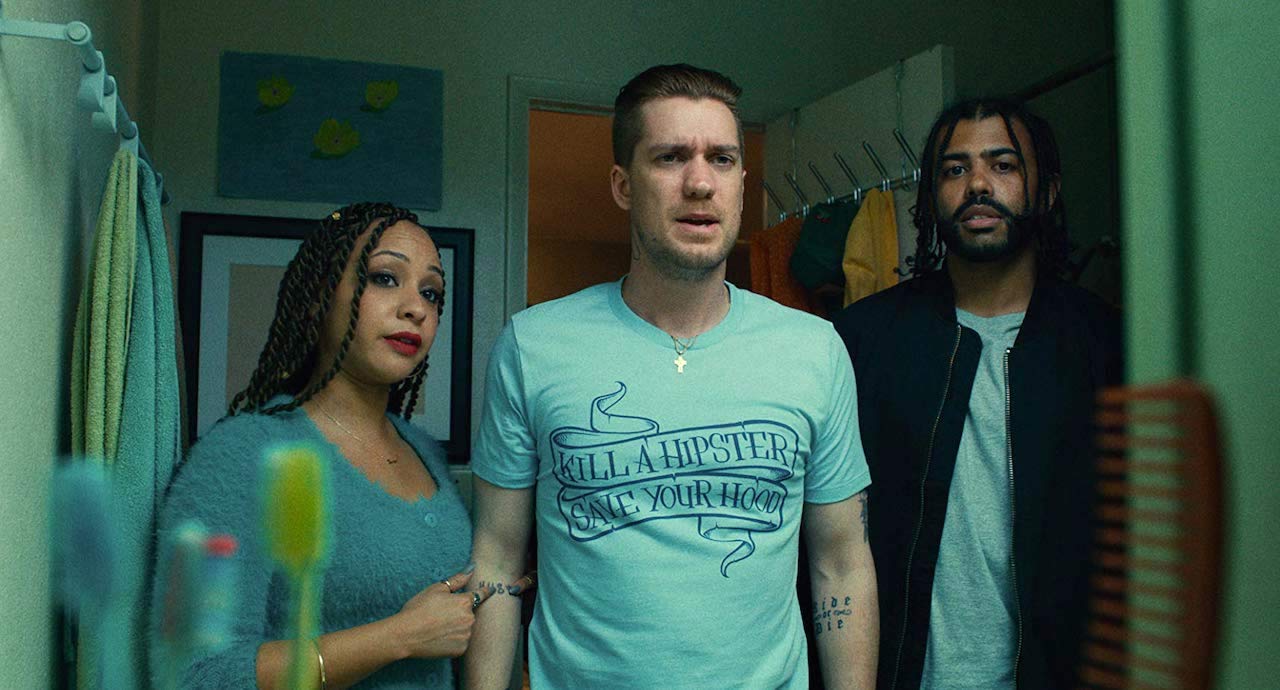 The real show-stealers however, are Daveed Diggs & Rafael Casal who, in addition to playing the leading roles, also produced & scripted this film. Both deliver strong individual performances but as a duo, they are unstoppable. The rapport between them and the seamless flow in their interactions is so natural & authentic that their bonding doesn’t even feel like an act. Others are brilliant in their supporting roles too but it’s these two who together make this film soar.

On an overall scale, Blindspotting explores racism, gentrification, police brutality & friendship with cut-throat intensity, and holds nothing back in its blunt depiction of the constant fear that pervades their lives in their own neighbourhood. Powered by a beating heart at its core, populated with colourful characters, and sustaining its charismatic flair & vibrant intensity until the end, it is an instantly gripping, downright hilarious & wildly entertaining social commentary that’s raw, rousing & riveting throughout, and delivers all the timely goods in a no-holds-barred fashion. A definite must-see.

A Twelve-Year Night [2018] - A Heartbreaking Tale of Human Perseverance

Bird Box [2018]: Netflix's Most Popular Film Is Also The Most Problematic