The ground is set already when the scene opens in a city, trembling in peak winter. The tired sun that cannot decide if it wants to rise, the insects already stocking their nests and ready to hibernate, the orchestra of cicadas that easily blends in the suspicious eerie silence of the evenings, the absence of roses and the long purple nights. In such a set-up, the only noise that rips apart the slumber of the forest is the loud laughter of a happy family. The perfect family with rotund bellies feasting on meat and wine, slyly rubbing bodies against each other in jest, and like every other family, unable to keep track of the share of love every member is receiving.

It’s easy to feel left behind in a world disheveled by adults. Where the youth is thought to be cooped up with only a compensatory adrenaline rush, sex is but a form of hospitality, and children and servants are outcasts for just not being alike. Amidst these artificialities, humble Shutu draws dreamy figures in his diary, takes interest in dead moths and the funeral of ants, befriends his six-year-old niece Tani and vehemently resists metamorphosis. His brother Nandu, like most elder siblings, puts him through helpful tests to man him up – driving, planchettes, kabaddi. But Shutu is already a man with weak arms but a muscular heart that can carry immeasurable weight. He is the reincarnation of Franz Kafka, sniffing for traces of love in his dead father’s sweaters and his seductive muse’s white ankles and the melancholy of his wailing mother. The film brings back to my aching mind a nostalgia of theatrical plays, where the characters were the fodder and the story but a resource, rather than the other way round. 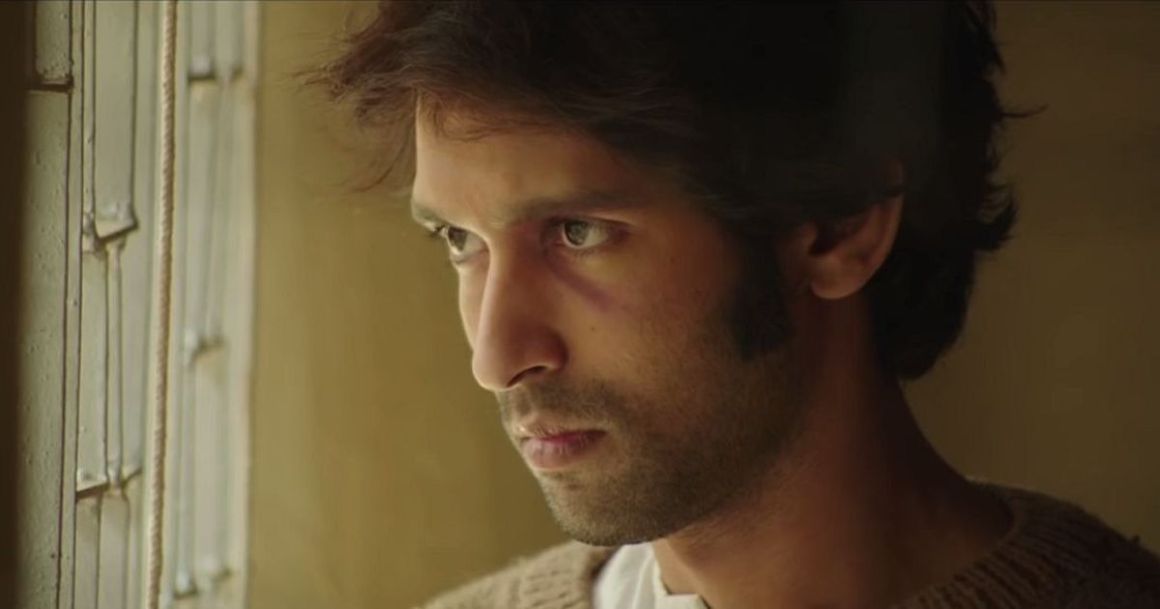 Nandu’s wife, Bonnie, and mother, Anupama are an accurate reflection of the legacy of homemakers; dreamless eyes, unquestioning obeisance, and principled Elizabeth Bennet-like always in charge of what more than one person could possibly handle. Vikram (Ranvir Shorey) is the perennially candescent splinter and Mimi (Kalki) is the moth dancing in its flame. O.P (Om Puri’s character) has drunk, blood-shot eyes and a jovial persona, which often confuse his granddaughter for a tortoise, and dismiss the bruises under Shutu’s eyes as child’s play. Tani is a young and curious fluttering butterfly who just broke out of her cocoon. Maniya and Manjuri, their domestic help, are observers of the building up of crime, which in this movie, is neither an accident nor an event, nor a well-hatched conspiracy, but a sudden condensation of reality.

The timeline of growing up is riddled with tough milestones to surpass. The degradation of the parents’ narrative from ‘are you facing a problem we don’t know about?’ to ‘what is the problem with you?’, bodily changes, the political intrusion of lust and control in relationships and the devaluation of childhood dreams, which are too much for a heart which still has not grown anesthetic to pangs of betrayal and dishonesty. As Shutu tries to brush through these and more, he watches little Tani with wet eyes who will soon be stepping into this war too. A war which is endless and perpetual. It is called adulthood, where the temporary campsite on the battleground is supposed to be your permanent home. Where defeat is inevitable but the contest is about who can survive longer.

With this debut, Konkana Sen Sharma blurs the lines between a book and a movie, unveils how modern art is about context rather than content, undresses the guilty faces of families, where it is surprisingly easy for someone to not matter at all. By the end, I wished the movie could have been longer and I was given more time to build intimacy with the characters of Mimi or Vikram to know what went into the making of their lustful, unconquerable and ambitious hearts. But alas, a movie can only be a window to another world and not a door, an excerpt of an unending saga which is still happening behind the closed walls of silent homes and secluded hostel rooms, a crime that is taking place without any blood dripping – which no one knows about now, no one will figure out the reason behind, but everyone will blame themselves for.