This review may contain spoilers from both Breaking Bad as well as El Camino. So if you haven’t seen the TV show yet, then, first of all, ask yourself what’s wrong with you. And then go binge it. If you have seen it but haven’t seen this movie yet, then it’s up to you to decide whether you want to go forward & read this post or wait until you are done with the film first.

Six years after concluding the journey of Walter White and with that, marking the end of the saga that’s considered by viewers & critics alike to be The Greatest TV Series of All Time, show creator Vince Gilligan returns to his finest piece with El Camino to provide a closure to one of the show’s most beloved & breakout characters: Jesse Pinkman. This film isn’t essential per se but the fact that it exists & it is good doesn’t hurt the show’s legacy either. But it’s got nothing in store for newcomers and is strictly for fans of the TV series. 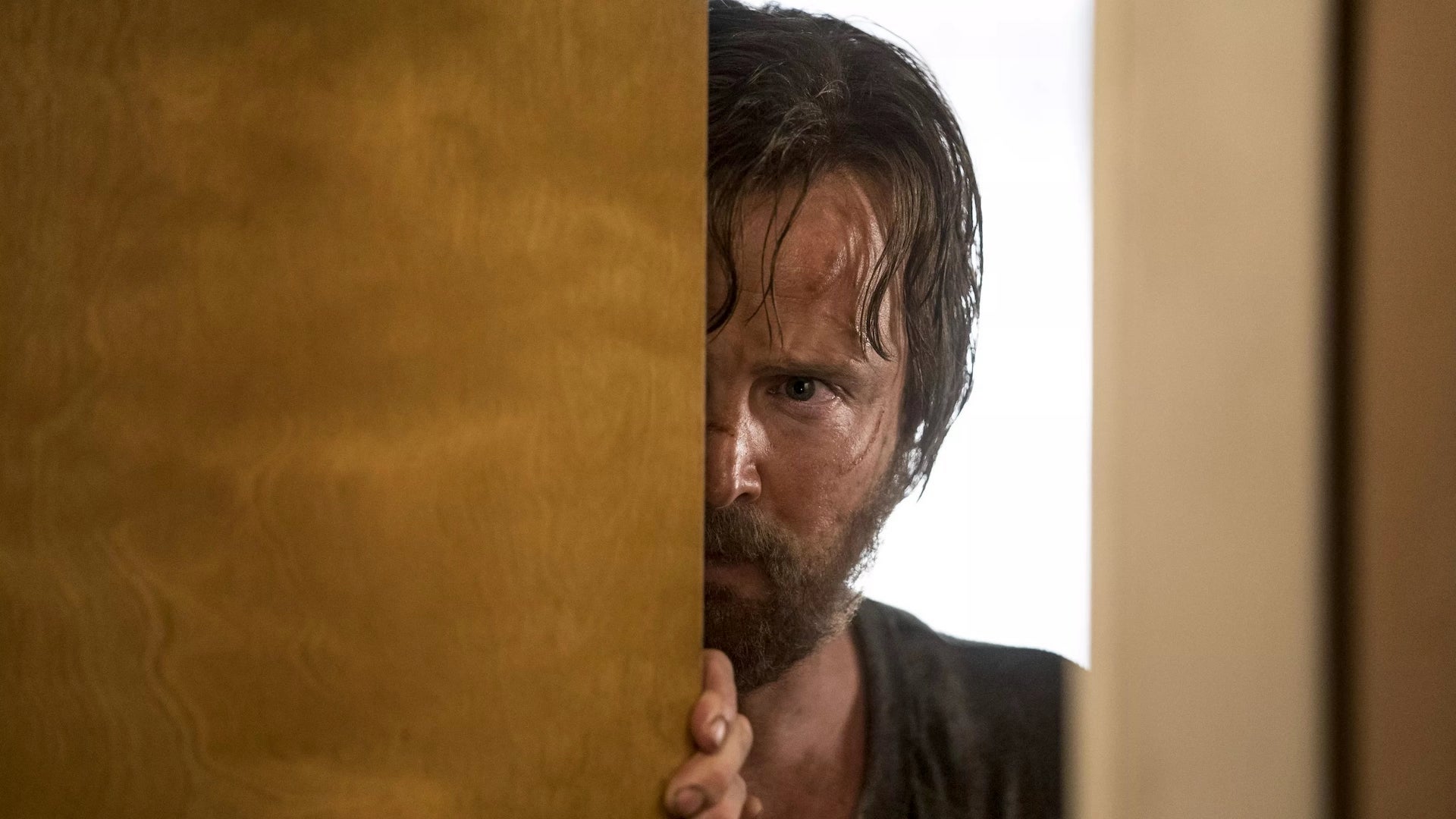 More an epilogue than a full-fledged sequel, El Camino: A Breaking Bad Movie fills us on the aftermath of the events that transpired in the Breaking Bad series finale, and mainly follows the journey of Jesse Pinkman after his escape from the dungeons of the neo-nazi bastards that Walter White slaughtered in spectacular fashion before succumbing to his injuries. The story picks up right after Pinkman flees from the property but also returns to past events to fill up the void so it could give Heisenberg’s protégé his deserving coda.

Written, produced & directed by Vince Gilligan, the movie has no trouble whatsoever in recreating the neo-western iconography of the TV series, and packs plenty of references to its source material, in addition to familiar faces who appear in past & present scenes. There isn’t anything big at stake this time around as the plot simply deals with Pinkman trying to find his way out of the mess he is in so he could move on & start afresh. While there are flashbacks to past events, including one that fans will rejoice, all of them serve their purpose in Jesse’s present. 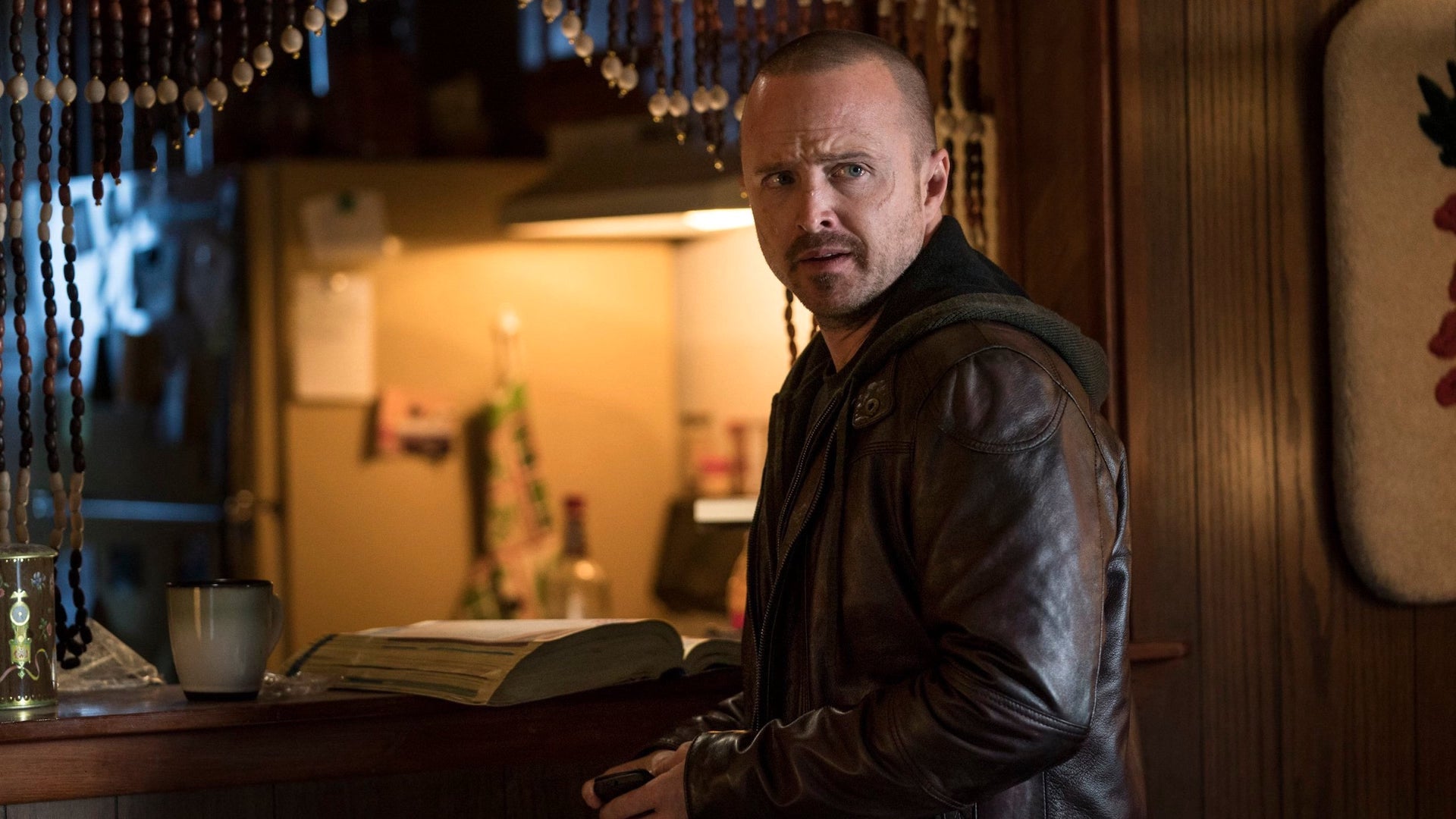 Gilligan does well to translate the frames from the small screen to the big one and the images sure look more refined & cinematic. Aaron Paul returns as Jesse Pinkman and delivers a career-highlight performance as if he never left. There is no rust at all in his rendition and he picks up right where his character signed off in the series finale. Also appearing in flashback sequences are Jesse Plemons, Jonathan Banks, Krysten Ritter & Bryan Cranston, playing their respective roles of Todd, Mike, Jane & Walter White. All except Plemons appear in one segment each. And as expected, they all play their part responsibly.

On the last note, it is necessary for the fans to set their expectations right before diving into El Camino, for Vince Gilligan never meant to deliver something that would contain mind-blowing moments like the ones in Ozymandias or Felina in its limited runtime.

In fact, the tone & feel of this picture bears more similarity to Breaking Bad’s penultimate episode than anything else. It manages to be tense at times and even features a duel but for the most part, it is a sombre look at Jesse Pinkman who’s trying to recover his whole self from the broken pieces while simultaneously looking for a way out. A fitting coda to Jesse Pinkman’s story, El Camino is a satisfying epilogue that’s as ruminative as it is entertaining.