Home»Reviews»King Richard [2021] Review: Tennis fans will lap up every second of the Film
Reviews

There is not a lot of manufactured drama and it may feel boring, but that is why King Richard works. The journey from pursuing an activity of interest to becoming a world-beater in that activity is filled with doubters, hard work, and repeatedly doing the same thing, i.e. boring grind.

Genuine fans of sports will appreciate King Richard. However, tennis fans will lap up every second of this pleasing film that puts the spotlight on the man behind one of the biggest success stories in all of tennis. It is a film that brings to life the efforts of a common man who got into the champion-making business and broke the sports hegemony.

Richard Williams is an ideal parent who wants to train his children to be the best they can be. He wants to give them all the tools and help them realize their potential to keep them off the streets. In his drive to strive, he crafts a blueprint to glory for his young daughters (Venus Williams and Serena Williams). 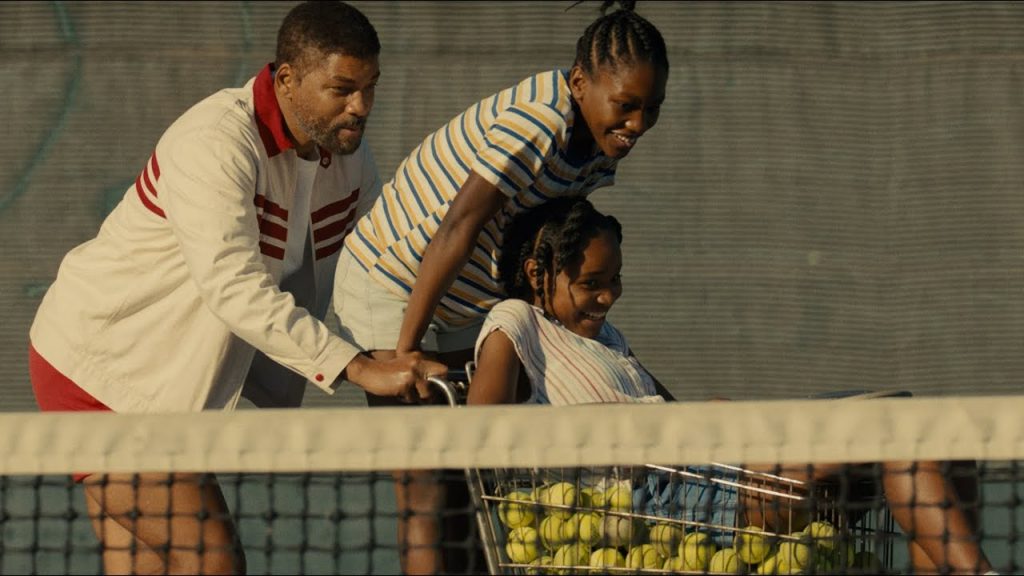 The belief he had in his children was special, and remarkably, they lived up to it. The chances of such a thing happening are envisioned by all but realized only by a few. In the words of a coach to Richard, “If I had a dollar for every crazy parent that told me their kid would make it to number one, I’d be a rich man.”

Zach Baylin’s script ensures that the focus is only on tennis. We see little of the backstories of Tunde, Isha, and Lyndrea Price; nor do we go in-depth to Richard Williams’ or Oracene Williams’ jobs. What we see is a lot of tennis; right from the courts of Compton, to the Rick Macci International Tennis Academy, and Stanford University.

The casting of the two players is immaculate as they adopt a similar playing style to their real-life counterparts. Saniyya Sydney, who plays Venus Williams, captures the seven-time Grand Slam Champion’s service ball toss motion from bounce to strike with perfection.

Checkout: The Best Sports Films of all Time

Given that she is a southpaw, that feat is even more impressive. Although she plays the supporting role among the sisters, King Richard gives Demi Singleton the time to display Serena’s open stance and power game.

Will Smith, as Richard Williams, embodies the role of coach and father quite well. Robert Elswit’s closeups only enhance this performance. He framed Daniel Day Lewis’s highly intimidating Daniel Plainview in There Will be Blood and it is highly likely that he will have shot yet another Best Actor Oscar winner.

Smith convincingly exhibits the pain in his voice as he narrates stories about his rough childhood being the reason he pushes the sisters to excel and keeps them from rushing into anything. When accused of this, a ferocious caregiver comes to the fore as witnessed in the scene with child services. However, he isn’t overly brooding, as we even get to see his fun side emerge throughout this 155-minute effort.

Such a run time is quite excessive, especially for a Hollywood film, and may cause some audiences to dismiss it. Non-sports fans may dismiss this one completely, which brings me to another message from this film.

Coach Macci told this to Venus and Serena. However, one can adapt it for one’s personal drive in any field.

If you want to watch King Richard, you can. If someone tells you that this has Awards buzz, you may watch it. However, you may accuse it of being a dreary bait film. Even though it is, it is something that can spur you to embrace the boring grind, and remain humble; two very important things in life. You may get even more takeaways from this one. Stream King Richard on HBO MAX.

Thriller Movies You Have Not Seen, But Should Be Streaming Now