The Three Mile Island nuclear plant was built in 1974 on Pennsylvania’s Susquehanna River near the capital city Harrisburg. It was built at a time when atomic energy was seen as the answer to America’s growing reliance on oil from foreign nations. The plant had two reactors. About 4 a.m. on March 28th, 1979, unit 2 nuclear reactor (TMI-2) all alarms was set ablaze. A series of cascading failures and errors led to partial meltdown and triggered the fears of a major catastrophe. Though major disasters were averted, it was the most serious accident in U.S. commercial nuclear power plant operations.

Netflix’s limited four-part documentary series Meltdown: Three Mile Island (2022) – directed by Academy Award documentarian Kief Davidson – chronicles the chain of events that unfolded after the partial meltdown. Furthermore, it tells the tale of a whistleblower whose shocking revelations emphasize how profit motive in the nuclear energy industry can prove to be a death knell for the entire humanity.

On March 16, 1979 James Bridge’s The China Syndrome starring Jane Fonda, Michael Douglas, and Jack Lemmon released in the US soil. The film revolves around an investigative reporter who stumbles upon a cover-up of an accident at a nuclear power plant. The film’s title refers to the hypothetical meltdown scenario where the core melts through its containment structure and tunnel its way deep into the earth to reach the other side (allegedly ‘China’).

James Bridges’ film itself was based on a 1970 accident at the Dresden Nuclear Power Station in Illinois. Nuclear experts from the industry argued that the specific chain of events shown in the narrative was highly improbable. Liberties were certainly taken for constructing a movie narrative. It was the same with the Korean disaster melodrama Pandora (2016). However, the problem with these experts is that their response to public anxieties and fears over nuclear disaster is often citing the nuclear technology’s ideal nature. Of course, in an ideal world nuclear plants provide plentiful energy without any possibility of even a minor accident. But we don’t live in an ideal world. 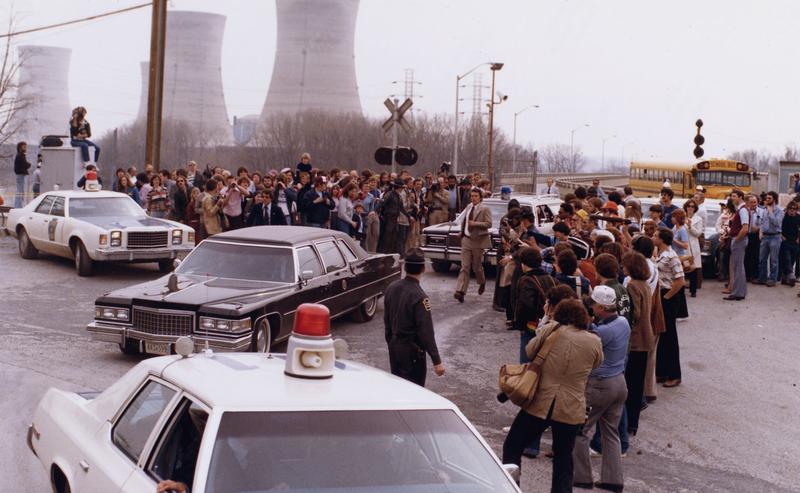 Cascading series of mechanical failures could be averted by the technology in place. Alas, in a capitalist society that encourages corner-cutting and in a tense scenario that involves flesh-and-blood humans, state-of-the-art technologies aren’t enough to avert disasters. This was the core argument of James Bridges’ The China Syndrome, and it was proved to be true in the aftermath of TMI-2 accident in Three Mile Island. As the nuclear physicist Michiko Kaku states, “the film brought into the vernacular the concept of core meltdown.”

The release of the movie perfectly coincided with the accident that the general public and media started demanding total transparency, whereas the Metropolitan Edison Company (Met Ed) which ran the power plants in Three Mile Island were discreet and slow to respond. It naturally resulted in wide-spread panic among the people of Harrisburg town area that had a population of million residents.

Nightmarish Scenario and the Fear of Radiation

As with any Netflix limited docu-series, Meltdown: Three Mile Island rounds up an ensemble of interviewees who either come across as heroic or villainous. But before we are pushed to categorize in such a manner, director Kief Davidson details the sequences of events that caused panic among the unprepared workers in the control room of the nuclear power plant. With re-enactments, he details the nightmarish scenario that caused the partial meltdown.

Due to its radiation-absorbing effect boron is widely used in nuclear power plants; for the shielding ad safety systems of nuclear reactors. The former chemistry supervisor at the plant, Ed Houser volunteered to check the levels of boron in the now-contaminated control room, a day after the accident. It’s a vital procedure to assess whether it is possible to safely shut down the reactor. When he returned back Ed discovers that he’s exposed to whole lot more than the agreeable radiation limit. Ed sorrowfully confesses that, he was afraid to touch his kids for sometime because of the risk of exposing them to radiation.

While the workers inside the plant were working round the clock to avert a major disaster, i.e., a core meltdown, conflicting information started floating outside the power plant. On one hand, the Met-Ed top brass alongside the Nuclear Regulatory Commission (NRC) has taken the hard official line stating that there’s no radiation and there’s no possibility of a core meltdown. On the other hand, local residents, media and public health officials were demanding for scientific data rather than the familiar corporate evasive tactics. The inspectors as well as media reports also started reporting increasing levels of radiation near TMI-2.

The anxieties and fears over nuclear disaster in the local Middletown community were explored through three interviewees: Paula, Joyce, and Nicole. Nicole was only six years old in March 1979 and she remembers the general sense of unrest at her school when the news of accident at the plant started pouring in. Paula introduces herself as a housewife who didn’t have any idea what a nuclear plant is before 1979. Once she had found the idea of anti-war protests in the 1960s (during Vietnam War) as despicable. In the aftermath of accident, she was in the front-lines protesting against the power plant and calling for its total shutdown.

Both Paula and Joyce’s fears were such that their emotions could be dismissed as hysterical by those who never faced such stakes. Lake Barrett, the former director of NRC, an indefatigable proponent of nuclear energy industries, laments regarding those ‘hysteria’ and ‘soap opera’ which spread among the general public. The interviews of people on both this spectrum provides us with some important insights. For residents like Paul and Joyce, their fears are reasonable, since it concerns generations of children. Nuclear radiation is in fact, literally the fear of unknown.  But the scientific community and the establishment focuses more on self-preservation and quelling the voice of dissent. 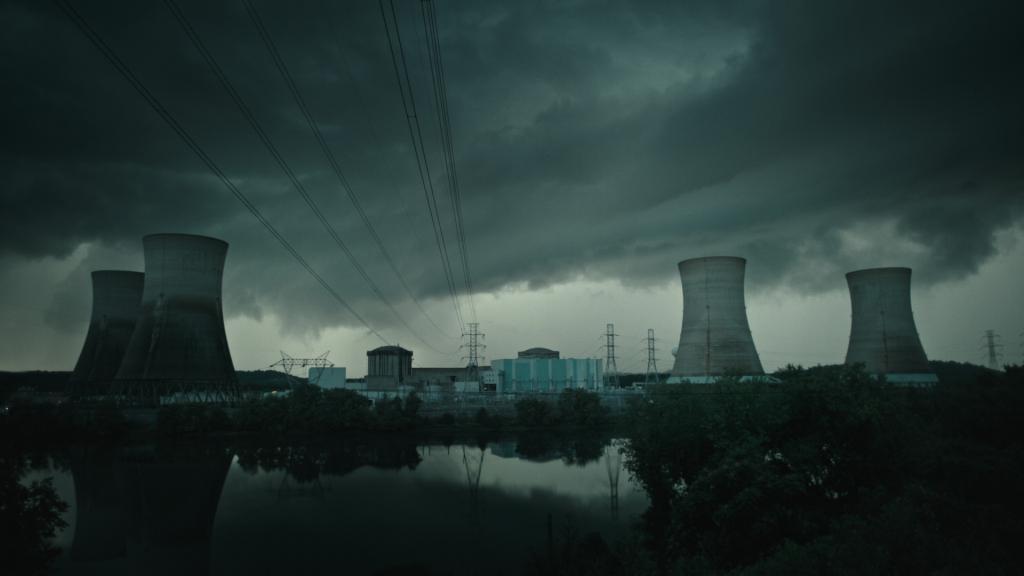 Kief Davidson in Meltdown: Three Mile Island mentions the suspicious death of laboratory technician and nuclear facility union activist Karen Silkwood. Foul play is suspected in the deaths of multiple nuclear industry workers. Their lives were written off as collateral damage to maintain the industry’s reputation. In fact, with the help of government and law enforcement even residents turned activists like Joyce and Paula were monitored, their phone lines tapped. There’s nothing ideal about nuclear energy technology as long as it’s run with the profit-motive. The use of duct tape during the key clean-up operation in TMI-2, in an attempt to cut cost and save time by the Bechtel Corporation would baffle you. Duct tapes to manage radiation?

Related to Meltdown: Three Mile Island – 10 Distressing Films on the Potential Aftermaths of a Nuclear Holocaust

Rick Parks is a chief engineer employed by Bechtel Corporation (General Public Utilities – GPU – was also involved in the clean-up task) to supervise the clean-up procedure in Three Mile Island. The clean-up operation began a year after the accident (in March 1980). By the 3rd episode, he gradually emerges as this narrative’s hero. In fact, by the end Meltdown: Three Mile Island becomes his story as well. The story he says, ‘have waited to tell for 37 years’. While a meltdown was averted in 1979, a botched cleanup could supposedly wake the nuclear giant from its slumber.

Rick Parks is not an ideologue or an activist. He believes in nuclear energy. He is also a US Navy man who admires Admiral Rickover for developing naval nuclear propulsion (known as the ‘Father of the Nuclear Navy’).  But the short-cuts taken by Bechtel Corporation, further overlooked by NRC, rang the alarm bells within Rick Parks. Couple of Rick’s colleagues – who were part of the clean-up operation – were also dismayed by the corporation’s half-baked measures.

They were particularly concerned about using the polar crane during the clean-up of TMI-2. The crane was damaged during the original incident. The damaged parts were then replaced with substitutes which didn’t confirm to the original manufacturer specifications. And Bechtel wasn’t willing to test the crane which needs to lift 170-ton reactor vessel. A small malfunction could put the entire operation in jeopardy. In Rick’s words, the crane malfunction could have ‘caused a complete meltdown’. 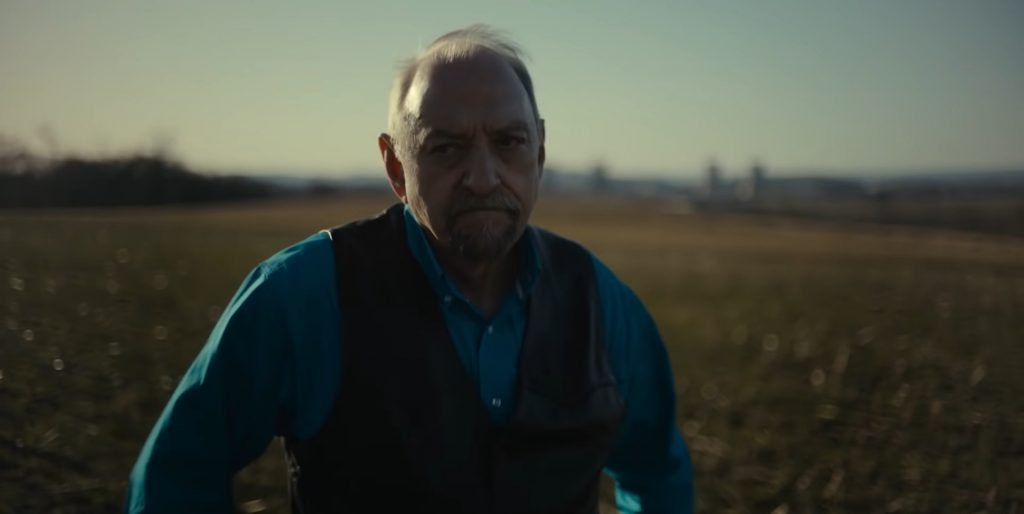 Rick relayed his findings to NRC, but it was dismissed. Soon, Rick was harassed and intimidated by the corporation to keep him from speaking out. Rick was very nervous but eventually decided to become a whistleblower despite knowing what happened to Karen Silkwood. Four days before the crane lift, Rick went to Government Accountability Project (GAP) and came up with a 53-page affidavit that was taken to Congress. Rick also met the press to submit his detailed findings. Later, NRC did ask Bechtel to do load tests on the crane. The load tests as anticipated failed numerous times.

Rick’s life was ruined in lot of ways for speaking truth to power. His suffering underlines how self-preservation is the primary aim of any commercialized industry. Human oversight, malfeasance and focus on monetary profit can be unfathomably destructive while dealing with nuclear energy. Moreover, the crane incident is not an isolated case of human oversight. By the end, we are left to ponder over the shocking news that the safety-test results in Three Mile Island power plant were falsified before the 1979 accident.

Eventually, Meltdown: Three Mile Island leaves us with the surprising fact that after the 1979 accident, only two nuclear power plants were built in the US soil. But both are not in operation due to safety concerns.


Davidson’s approach surefootedly brings together the intimately emotional as well as the sobering scientific details. He juxtaposes the micro (individual conflicts) and the macro (high-stakes political games) pretty well. Of course, the Netflix brand of re-enactments does come across as visually overwrought. At times, the re-enactment as well as the interviews has a highly dramatic tone which shamelessly tries to manipulate our emotions. Apart from that, it’s an important rendering of largely unknown chapter in the modern US history.

Overall, Meltdown: Three Mile Island offers a compelling account on the nuclear power industry and how a complex web of corporate greed can put lot of people’s lives in peril.