Spirited (2022) Movie Ending, Explained: Apple has a new offering on its platform called Spirited. The Christmas bonanza comes with a musical twist and a modernization of Charles Dicken’s A Christmas Carol. The movie has all the trappings of a festive season special and the A-list cast led by Ryan Reynolds and Will Ferrel is a double whammy. If you have already watched the film, you must have some questions about the plot and the central motivations of the Ghost of the present (Will Ferrel) toward Clint (Reynolds). There is a unique coming together between the two men and how they change each other. The below article explains the ending of Spirited and certain plot points that need simplification. Happy reading!

Why does Present choose to pick Clint over the manager of the hotel?

The answer to that question is two-fold. The first half of the movie only revealed the first one. The incumbent task of the ghosts in the scheme of the film is to choose those perpetrators that will make the most “ripples” and bring positive change. The harder the “perp” is to convert, the more rewarding will his positivity be to those around him. That is why. when the scouting team goes to check out the hotel manager and Present encounters Clint in the lobby, there is an instant realization. If Clint can be converted, it will be a huge coup for them. This is only the first part of the answer. Clint was chosen to create more ripples and bring about positive change in mankind.

The second, and the more obscure one that we get to know in the second half of the movie is that Present was himself an unredeemable. This brand is stamped on those whom the committee deems to be never able to change. Present was in his human life Ebenezer Scrooge, an evil and cantankerous man who was disliked by everyone for his indifferent and cruel behavior. When Present is converted into a human again after taking retirement, he mentions to Clint why he took his case. He thought if he could redeem Clint, an unredeemable, there was hope that Present himself could be redeemed. Despite him becoming a kinder person, Present felt that he kept running away from his past and never quite felt redeemed.

Why is Present afraid to retire?

It is another segue from the previous question wherein Present felt that he perhaps had not done enough. It was a combination of this and the fact that he felt he had not redeemed himself. Both these aspects were equally influencing Present’s decision not to retire. This mediation was more internal than outward. Because on paper, Present’s track record was pristine. The room of the redeemed was adorned with portraits of people he had helped change and get back on track. If one would take that at face value, he was one of the most decorated soldiers of the afterlife. But because Present himself felt those two things, he was hesitant to retire.

Which memory from his past is Clint running away from? 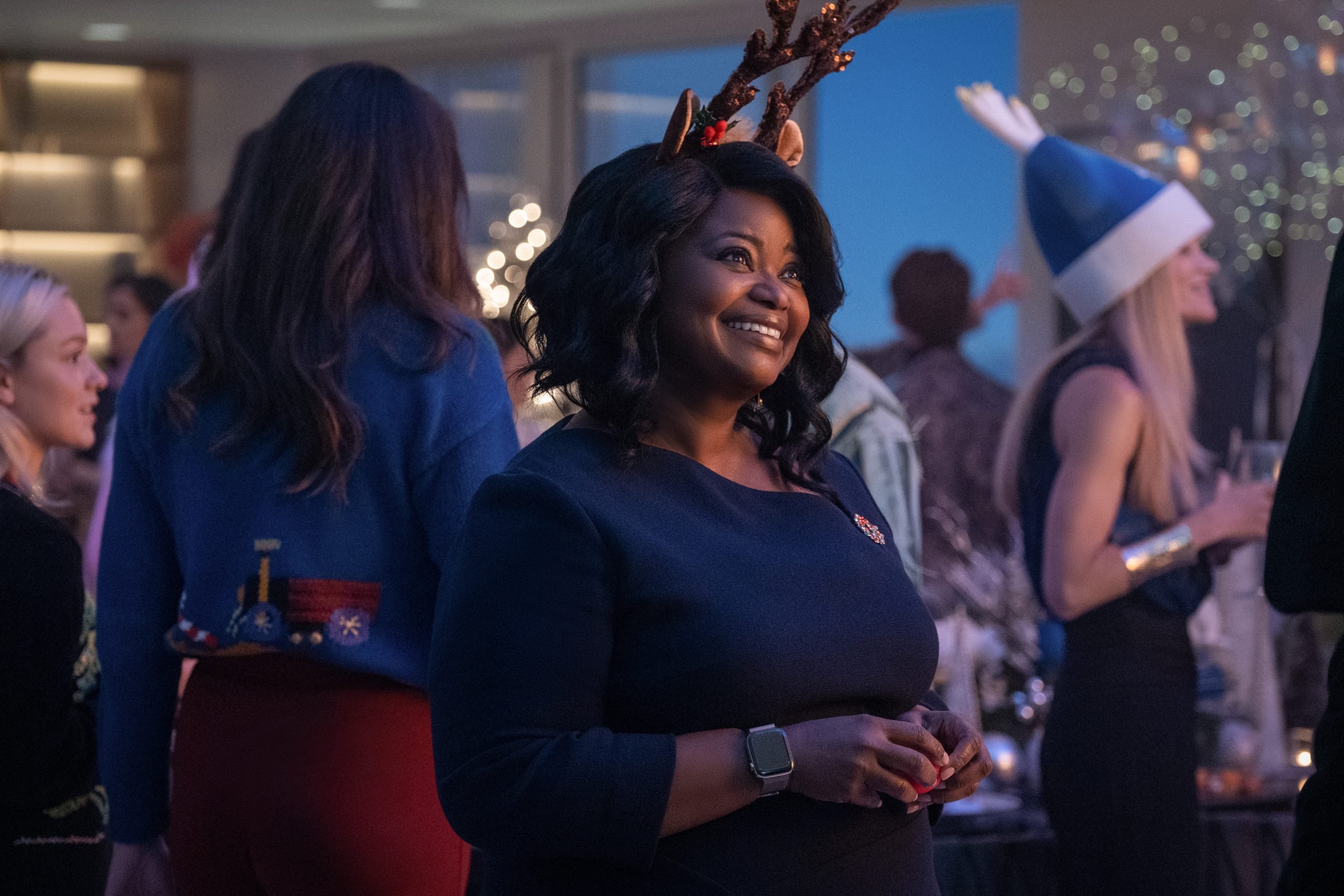 Despite his chirpy attitude in all the flashbacks and memories, Clint was triggered in one of them. In fact, Present had to bring him back through simulation because Cint was so afraid of going through that moment again, he actually transcended the dimensions and tumbled into the afterlife. That memory was of Cint with his sister Carrie in the hospital and her asking him to take care of Wren when she is gone. The brother-sister duo had a very trusting and emotionally sound relationship, more than Owen and Carrie, who were siblings for a lesser time than the former. But Clint shot down Carrie’s request. He could not bring himself to look after a child and cited his busy work schedule as the reason for not taking Wren.

Carrie was heartbroken and perhaps so was Clint. But he could not show it. A brother was not able to be there for her dying sister on her deathbed. That is indeed a heavy burden. The first time, Clint is unable to watch the memory again. But the next time, with support from Present, Clint was able to confront that heartbreak and make a promise to himself to do good by his sister. He realized and accepted his mistake and became even more determined to move on from that. An excellent segue into the next question related to these changed sensibilities.

What makes Clint change his decision to ask Wren not to post the video?

Although it can be said that Present (Ferrel) nibbled away at Clint’s emotional barrier and guardedness through his contributions, the final blow came at the hands of the Ghost of Yet-to-Come. Voiced by Tracy Morgan, the cloaked and tall bony grim-reaper-looking man showed Clint what would have happened if Wren had posted that video. She did become the President of the school, so Clint was right on that account. As she is delivering a speech, the entire class gets messages on the phone. The kid about whom she posted the video, committed suicide due to the guilt and overwhelming amount of hate he got on social media from the school kids.

Wren is inconsolable too and blames herself for it. She would forever do that and permanently scar herself. When Clint tries to escape the reality of his life in the future, he tumbles upon his old self. Instead of dying comfortably on a bed with family around, he has a heart attack and falls with a thud on the desk while working, alone in his office. All of this showed Clint that if Wren did indeed post the message, it would not only alienate her from the entire family and leave her with an incorrigible trauma, but it would also have the same effect on Clint. That is what changed Clint’s mind.

How does Clint help Present redeem himself?

Clint noticed from the beginning that Present liked Kimberly. So much so, that he made himself visible to her and he did not even know it. All of this happens unconsciously thus giving weight to the theory that he was in love. But Present was hesitant to take the next step and retire to be with Kimberly. She had given hints that she reciprocated his feelings and the two would be perfect for each other. Clint and Present grew close during the former’s haunting. He pushed Present to take the leap and assured him that no man can be perfect. He must embrace his flaws and imperfections to realize that doing one’s best is all that is required.

That is the threshold each man should meet and Present had done that part successfully.  Present’s redemption was his retirement and another chance at life with a woman who was his equal in kindness and love. Clint’s predictions indeed came true and Roberto and Kimberly fostered a family and lived together in a quaint house on a quiet street, just as Present had once dreamed.

Why does Clint become one of the Ghosts in the afterlife?

We saw that when Present panicked and almost jumped in front of a bus when he retired, Clint sacrificed himself and saved him. If you look at Clint from the beginning of the film and compare him with that Clint who jumped to save his friend, you could see meteoric change. That is when the scene pauses and the afterlife personnel led by Jacob walk out to redeem Clint. In real life, Clint collided with the bus and died. It was evident because Roberto was not able to see him and had no idea what was going on with Clint’s spirit. Jacob then united Clint’s spirit with Carrie, who was proud to see her brother redeemed and embrace the positive change he was always capable of.

Seeing this change, they decided to make Clint Roberto’s replacement. From now on in, he was kind of the boss of the place and similarly modernized and organized the afterlife like his business. It seemed like he was fit to take over from the former incumbent and do an equally impressive job. 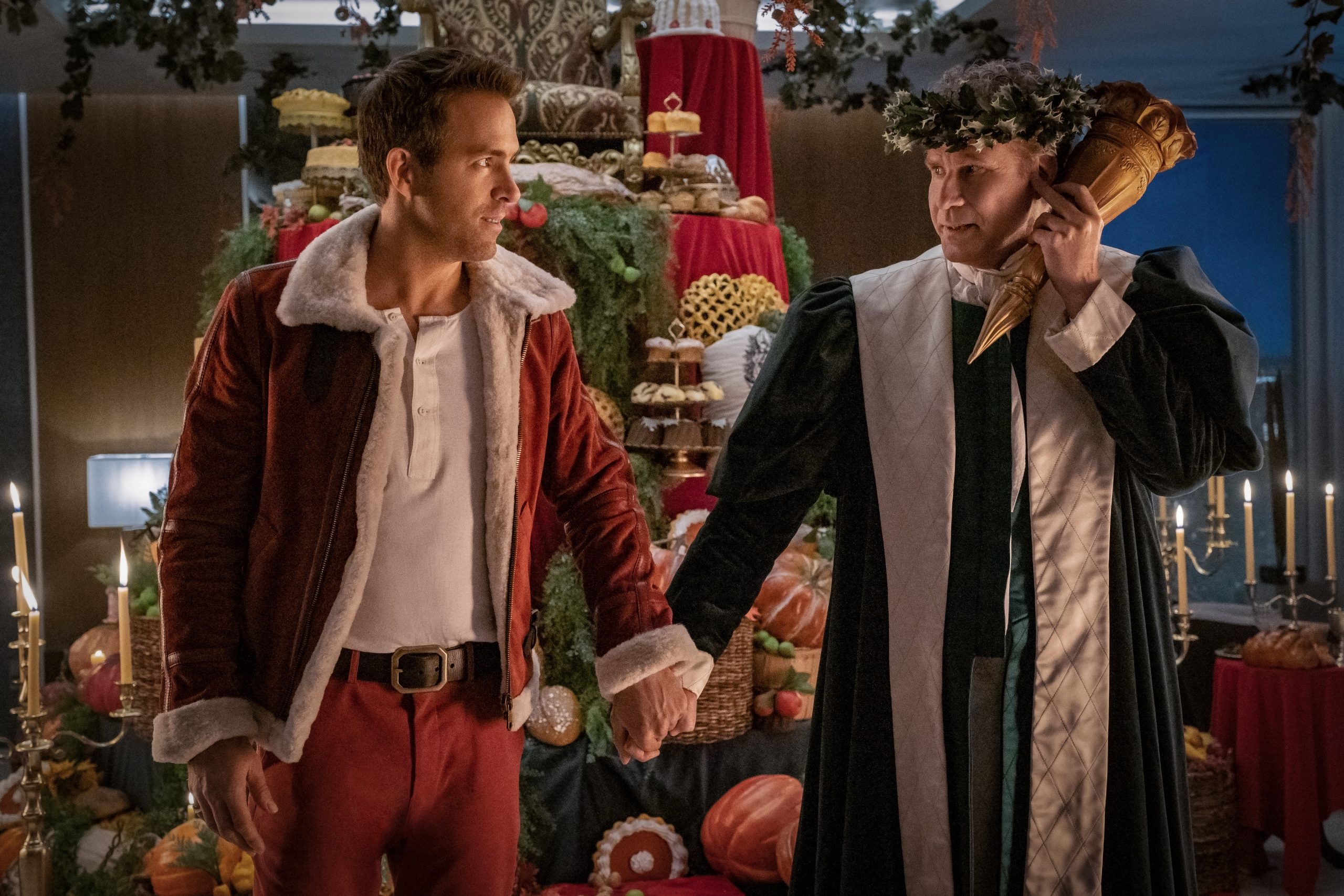 Is Present able to redeem Clint and retire on earth?

The ending of Spirited was the story coming full circle. It started with Present’s mission of turning around an irredeemable and ended with a redeemed Clint’s mission to redeem Present by allowing him to retire. Clint’s task as the new Ghost of the Present was to make it happen for others and ensure that the great work they do in the afterlife continues. As mentioned above, the turning point for Clint was when he jumped in front of the bus to save Present, even after saying that he will become his older self after a day or two of guilt. Roberto knew that was not true and that Clint had not just stopped Wren from sending the message because he was guilty.

He was in the afterlife for more than two hundred years and experience always means something. He was able to see that Clint had indeed turned and was ready to become a savior of people to help them. Carrie too was united with Clint and the bother sister duo then turned on the gas to make the afterlife operations more effective. Clint also started a healthy relationship with the ghost of the Past (played by Sunita Mani), signaling that he was in a good space. There was one part of the ending that needs some clarification. When Clint visits Kimberly and Roberto at their house, he talks about Wren and the fact that she was able to get through to Stanford.

But they also talk about another girl whose predicament is Clint’s next big mission. He even shows Roberto a chart of her life trajectory wherein he spots butterflies and says that she was in love at some point in time. But we have no idea who that really is. Are we hearing up for a sequel with Clint playing the ghost of the Present? Or is it just something random? A last post-credits scene showed Clint working on the hotel manager whom the scouting team selected before Present decided to make Clint the next “perp”.

Where to watch Spirited