I know a few people who simply loathe Wes Anderson’s style of filmmaking. The same that he has followed ever since ‘Bottle Rocket came’ outback in 1996. But his ornate visual styling and grandest of grand sets have left me baffled every single time. With Wes Anderson, you either get him and his storytelling ways, odd characters, quirky humor, distinctive, whimsical and visceral style, or you don’t. Though I have loved and cherished every single Wes Anderson film I have a certain soft corner for the beautiful ‘Moonrise Kingdom’. While, Moonrise Kingdom was like a fairy-tale featuring two small children as the central character, The Grand Budapest Hotel is pretty much a fairy-tale for adults. Even though the film is titled so, it’s not really about the Grand Hotel, nor about the murder that happens. It’s about the hotel’s concierge, M. Gustave H.(Ralph Fiennes), who actually spends most of the movie not being in The Grand Budapest Hotel. He is out having adventures in the most playful, colorful and beautiful Europe you will ever see on-screen.

We see a string of not so connected characters as the film starts. A girl reading a novella, an old writer talking to the camera as he introduces us to the story we are about to hear, his little son hons around disturbing him, and later the younger him bringing us the story right from under-the-hood, as we see him enter the profoundly grand and perfect Grand Budapest. This is the most consistent of all Wes Anderson films you’ll  come across. We have seen him portray a young kid in Rushmore, but the theme of that film screamed a darker tone. The Grand Budapest Hotel isn’t exactly dark and hence the characterization sounds pretty much like a happy novel told from the mingling mind of a visual writer. 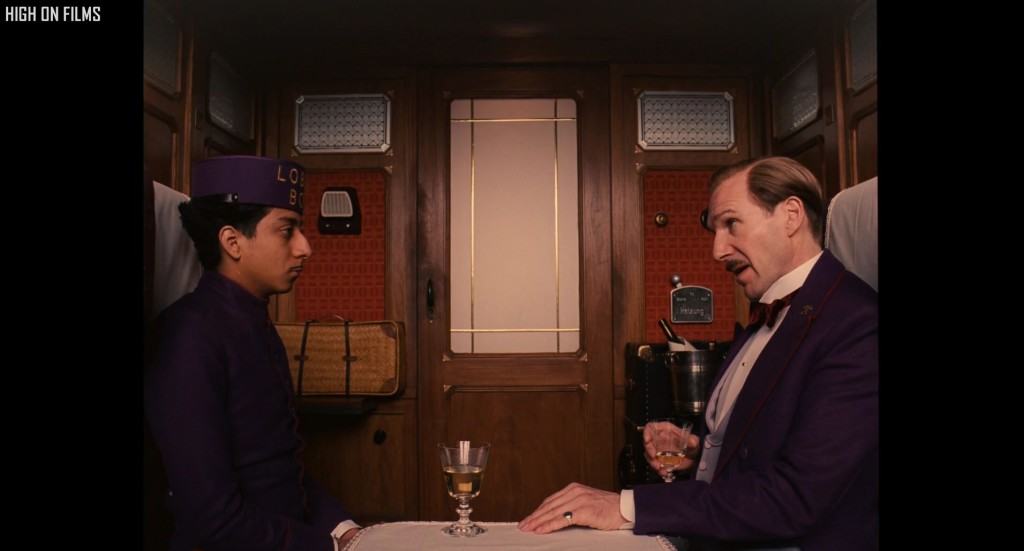 We meet a young writer (Jude Law), who is researching the hotel for an upcoming book. As luck would have it, he is informed that the hotel’s owner, Mr. Moustafa (Abraham) is on the premises. A quiet man, Mr. Moustapha invites our young writer to join him for dinner and, over wine, tells him the story of Mr. Gustave and his future prodigy i.e the young Moustapha himself. He is a strange Lobby Boy (made quite clear from the cap he wears) and is Zero at everything, made quite clear from his name.  Mr. Gustave is a happy-go-lucky character who reads poetry to his employees so that it boosts up their confidence, he sleeps with elderly women who visit his hotel for his friendly company and his pleasureful alliance. “I sleep with all my friends,” he says. The film takes a twisted turn when one of his clients dies and her will has strange proceeding which pisses off quite a few people including her son Dmitri (Adrien Brody), his three sisters and strangely so, his blood-thirsty servant Jopling (Willem Dafoe).

Whenever I used to watch and rewatch any Wes Anderson film, I always wondered what it would be like if he directed a murder-mystery. As my imaginations ran wild what I was finally served with was as satisfying as a bottle of whiskey marked and kept in the closet in the 1920s. The film has a prison-break sequence which released butterflies in my stomach as I imagined what ‘The Shawshank Redemption’ would look like on the screen if it came into Wes Anderson’s hand.

Even though I loved The Grand Budapest Hotel, Moonrise Kingdom would still be my favorite Wes Anderson joint, The Grand Budapest Hotel coming in a close second. There is a scene in the film where food items are chopped off by a guard, he stops at the most beautiful piece. It pretty much defines the filmmaking construction that has been followed in the film. It was like, the director had certain off-set pieces which he tried to chop-off to make it look better and when he arrived at his favorite, beautiful piece he finally stopped and released it to us. 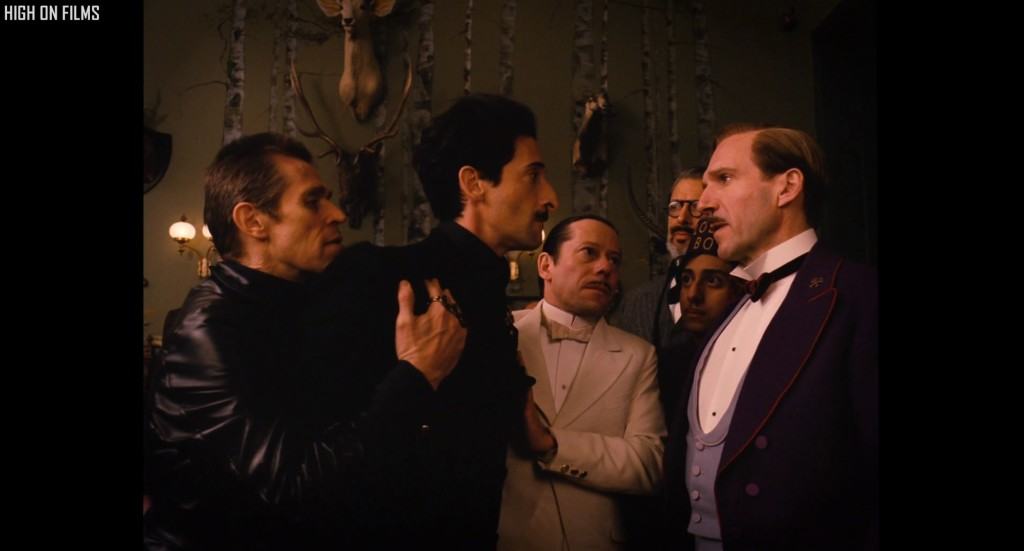 Talking about the people on board, Ralph Fiennes as Monsieur Gustave seems to be having the most fun around this film that seems like a kindergarten playground. He is in incredible form here. If you go into the film and come out saying he is not one of the best actors out there, he probably was your favorite, before the film. Debutant Tony Revolori as Zero is a bundle of joy. He acts like he has been in an Anderson film from pretty much the beginning of his filmography. Willem Dafoe was fabulous. The rest of the cast does not have much to do, but they do their part well. The music makes you feel happy. The screen resolution constantly changes as the film moves on, while it can be a problem for many people, let me clarify that it was made this way Wes Anderson changed the setting in the film to inform viewers where they are in the timeline, which alternates between 1985, 1968 and the 1930s.

The Grand Budapest Hotel is a fast-paced beautiful spectacle that never ceases to amuse you. Even with a string of odd characters, Wes Anderson manages to make you smile, giggle and love him for this grand gesture.