Westworld (Season 4), Episode 1 Recap & Ending Explained: Let’s all bring ourselves back online. What do you realize? It is confusing no doubt, with explanations being mere attempts to solve Jonathan Nolan and Lisa Joy’s riddles. Perhaps they are reading these explainers all on the internet and having a hearty chuckle. However, much to their credit, they drop enough clues that always make eagle-eyed audiences question the reality of the content they consume. The same holds true for Westworld S4 E1: The Auguries.

This story progresses to the year 2060, 8 years after ‘Journey into Night’ and 7 years after ‘Crisis Theory’, and maybe a little ahead of that as well. The world has changed with independence being celebrated. Caleb (Aaron Paul) is a married man and has a child. This shows us that his life has turned for the better in some way. However, he still works in construction and a line by his colleague presents an intriguing question that could serve as a propeller for Season 4.

Graffiti implies that the freedom of choice exists, but it could be very much like the algorithm that was present earlier. ‘My Brain My Choice’ with the word brain having a stop sign spray-painted on it could imply a choice without thought. While Rehoboam controlled people and made predictions based on data, it essentially just showed people who they were beforehand. Even without the technology, they may have remained the same; just that no one else could identify it. Are humans people who have free will without AI, or are the flies so powerful?

Host William (Ed Harris) approaches a facility and makes a lucrative offer with a threat to the cartel. It is a threat that the ‘Man in Black’ host carries out (with the help of flies), thereby positioning himself as the antagonist. (It is important to note that Charlotte Hale (Tessa Thompson) doesn’t appear in The Auguries.) William’s actions in the opening scene are the complete opposite of his mindset from the penultimate episode of season 3, but Nolan and Joy opted to let the finale spill over into this episode. Well, how many riddles could they throw in while toeing the fine line of providing answers and tossing in more questions? They do the former with the latter.

Some other things were given to the audience, as expected. Things that they may have expected after seeing the cast for season 4. Evan Rachel Wood (a host) plays a new character (Christina). We weren’t privileged to receive explanations about Wood’s and Paul’s returns in the first 58 minutes.

Dolores apparently seems to have no recollection of her time as the girl from Sweetwater or the one who strove to end Serac and Rehoboam. Instead, she works as a writer at Olympiad Entertainment who concocts stories for filler characters that interact with the main characters. She wishes to have happy stories and craves that happy ending, only to be given a subtle ‘give us what we want or you are history’.

Meanwhile, audiences learn about Meave Millay (Thandie Newton) who has been minding her own business in a remote cabin ‘far off the beaten track’. William’s actions before the newly constructed start credits bring the spotlight onto her. However, she hasn’t gotten complacent in her years in the wilderness. A brutal scene ensues with the host coming out on top and setting out to continue the war with an old ally by meeting a California senator.

This seems rather plain, with questions coming from Christina’s narrative and a return. It is a comeback of a character, who, like Christina, is portrayed as new, but exhibits signs of recognition and traits of themselves from Season 1. 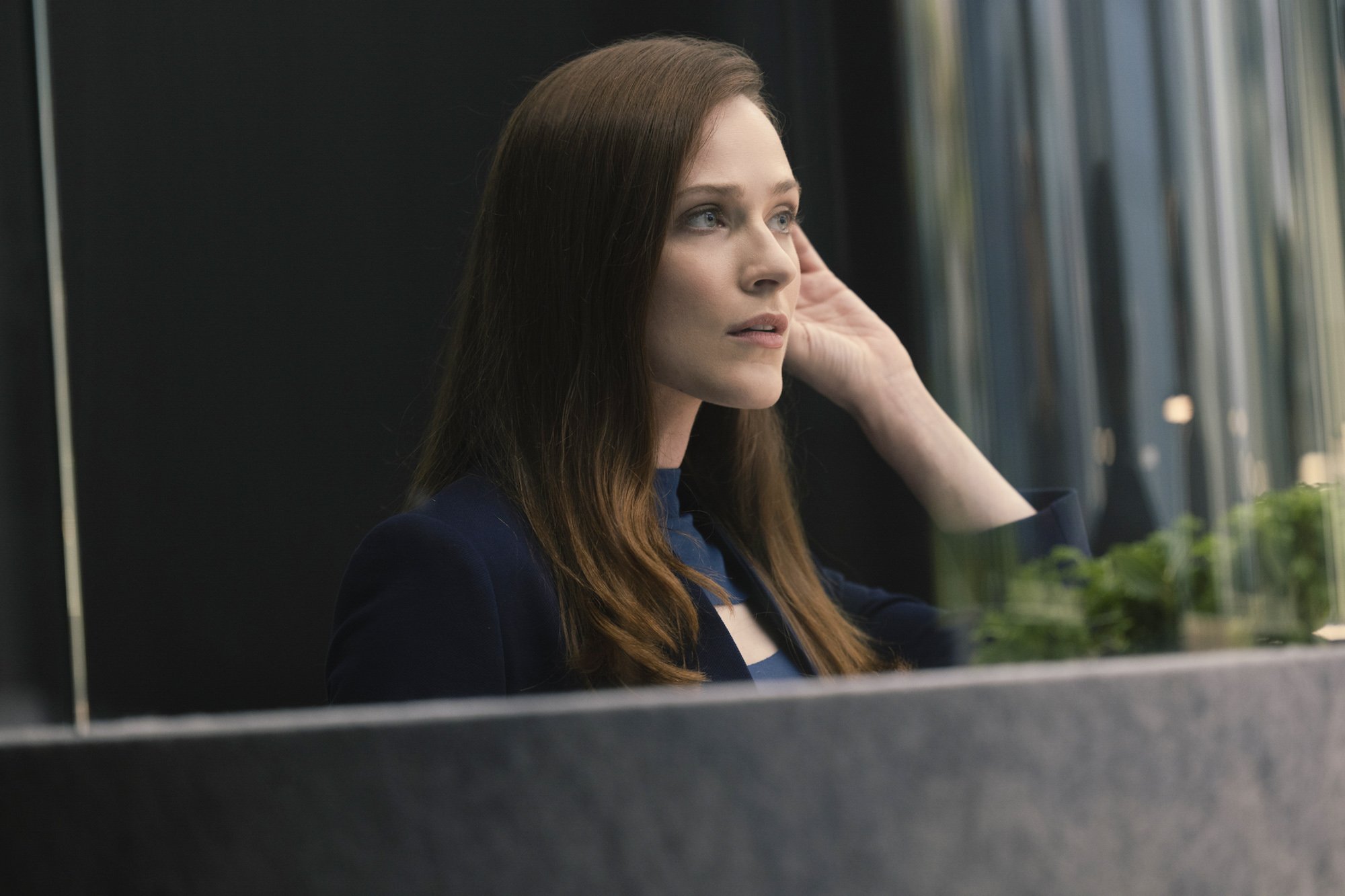 Teddy’s (if he has a new name, it isn’t mentioned) reveal before the end credits show that he may have retained a memory of Dolores. It is also plausible that his core drive has been altered, perhaps by Bernard (Jeffrey Wright) or Charlotte Hale. It may seem far-fetched to say altered as he protected her, however, this is Westworld. i.e. a show where this character just appeared after remaining absent for an entire season; a show where everything is not what it seems.

Those layers should peel themselves away over the next few weeks. Explanations weren’t provided for any of these, but there are plenty of episodes left.

Dolores/Christina’s thread proves to be intriguing. She works as a writer and crafts stories. After watching The Auguries, the following questions come to mind –

Is Dolores/Christina trapped inside a simulation or another version of Westworld?

This emerges from the dialogue as she commutes to her workplace. A passerby says he can’t believe it is his companion’s first time. That could also mean that they had some other experience for the first time, but Westworld isn’t so straightforward. If one can remember Dolores waking up at the ranch in the morning, they can draw a parallel to Christina’s waking up scenes in The Auguries. She is in a game and controls the lives of some of the ones in her reality.

Is Christina/Dolores a version of Lee Sizemore who decides the character loops?

She could be a writer who is keeping the simulation/park flowing, with stories that intrigue visitors. A happy ending isn’t what revelers visited Westworld for right? Another reason for this is the fact that she is being harassed by someone who wishes to see his story changed. What’s important here is that this character is aware that there is a string-puller. How? Is this being conscious? Why only him and not the rest? There’s no other writer being called and requested for a narrative change.

Is Dolores even Dolores?

Dolores’ memories were wiped out in her effort to take down Serac. So who is this? We know that Charlotte-Dolores was a character that trapped The Man in Black and built the Season 3 Dolores host body.

Christina retains a semblance of Dolores and can be a part Dolores, but we aren’t entirely sure about the rest. But how can we say that Christina is part Dolores?

The stories she aims to record at Olympiad Entertainment are quite similar to her experiences in Westworld. Also, there is a slight hint of recognition in her eyes when she sees the maze on her balcony. She also gets upset when the characters she works on are called cannon fodder. It could be due to the fact that her ranch kept getting attacked by gunmen at Westworld. However, she showed no recognition of Teddy, despite not seeing him properly as she was shaken after her attack. Christina/Dolores’ reaction to Teddy will go a long way in helping us understand the reality of Dolores’ reality.

Christina/Dolores’ predicament could be similar to the simulation Meave was in at War World in Season 3. Or Dolores could be biding her time, before her real self emerges/is commanded to emerge. The episode’s name could also be a hint that this Christina thread is way after 2060. So where is this host now: The Sublime? We think that she is in the future as the world looks way more advanced than The Auguries’ 2060 setting. It could also be a park called… Futureworld?

William and Caleb/Maeve could cross paths imminently with both parties after an unnamed California senator. How does this all lead to Christina/Dolores and, well, Teddy, or whoever he is?

That’s what we have. Until next Sunday (or Monday) ponder over this, engage in analysis, have your say, and freeze all motor functions.