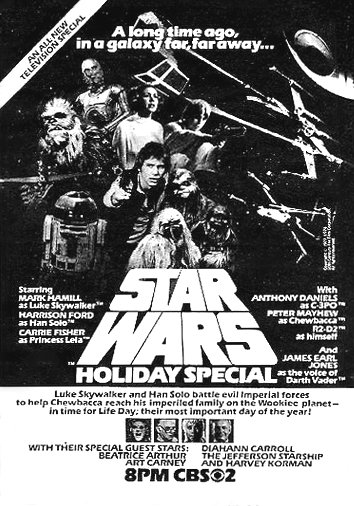 In what is likely the most popular and recognisable franchise in all of cinema, the Star Wars Holiday Special is a bizarre anomaly in the history of this series. Broadcast on TV only fourteen months after the first film’s release, this complete embarrassment has remained a curious legend, accumulating even more attention throughout the decades as the Star Wars brand grew increasingly into a pop culture phenomenon. George Lucas and co. tried to force it out of existence, but its journey from underground VHS and DVD bootlegs to worldwide availability online has finally been cemented in the public conscious thanks to the lasting powers of the internet.

Rushed into production and made to capitalise on the success of the first film, putting Star Wars through both the variety show and holiday special ringer wouldn’t seem like the worst idea. But the laughably horrendous and nightmarish end result epitomises the absolute cynicism of late ‘70s entertainment. The Star Wars universe, still in its infancy, becomes bastardised by this concept, resulting in the recognisable Star Wars-isms to be constantly sidelined by tangential sketches that have absolutely positively no fucking relation to Star Wars in any kind of way. 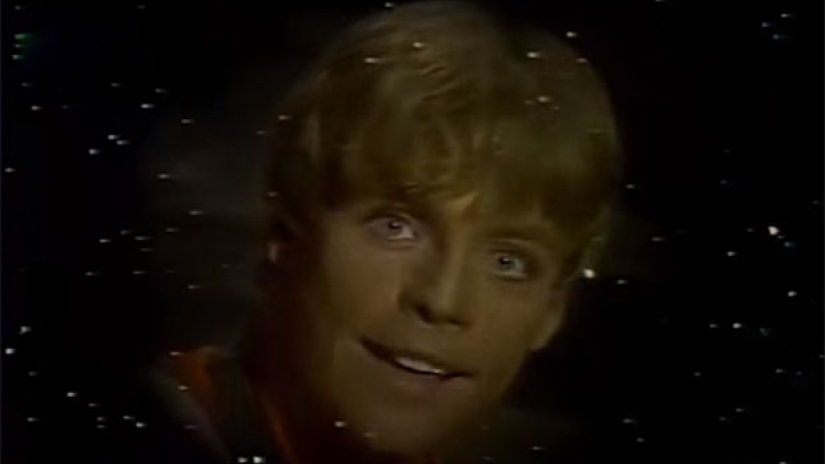 Since there’s been so much negative discussion surrounding it, let’s briefly touch upon the aspects that actually work. Firstly, at least this Star Wars abomination contains actual Star Wars shit. The production did manage to bring in the key cast from the film, reprising the roles of Luke, Han, Leia, C-3PO, R2-D2, Chewie, and new voice-work by Darth Vader (played over Star Wars footage and in a cartoon). The amount of phoning it in ranges from the cast, and their total screen time is limited, but at least they’re there and show a semblance of consistency in their characters.

Other identifiable characters also make an appearance, like Stormtroopers and Wookies, though any Star Wars fan-boy will want to strangle any Wookie after seeing this film. The bar sketch towards the end is also one of the only variety show tangents that feels somewhat related to Star Wars. It may not feature any sense of adventure, but this riff on the Cantina scene shows plenty of quirky and fairly creative new characters (even if the monster design is half-assed), and the Bea Arthur song ain’t so bad.

Another positive aspect that many have noted is the cartoon segment. Written by Lucas himself, animated by the Nelvana team, and introducing Boba Fett, this moment can be now seen as a rudimentary story with primitive animation, but its Saturday morning cartoon vibe captured the Star Wars spirit in animated form for the first time, surely making it the one and only highlight of the special for confused and disappointed kids who tuned in on that fateful night forty years ago.

Any other positive criticism of the Star Wars Holiday Special can only be in relation to its masochistic qualities. Watching this film is, has been, and shall be something of an endurance test for only the most hardened of bad movie/TV lovers. Throughout these pre-internet days, there were many popular shows and franchises that got the holiday special variety show treatment, most of which resulted in lazy, cynical, yet forgettable cash-ins, but the disparity between this franchise’s popularity and this special’s notorious terribleness is historically outstanding. 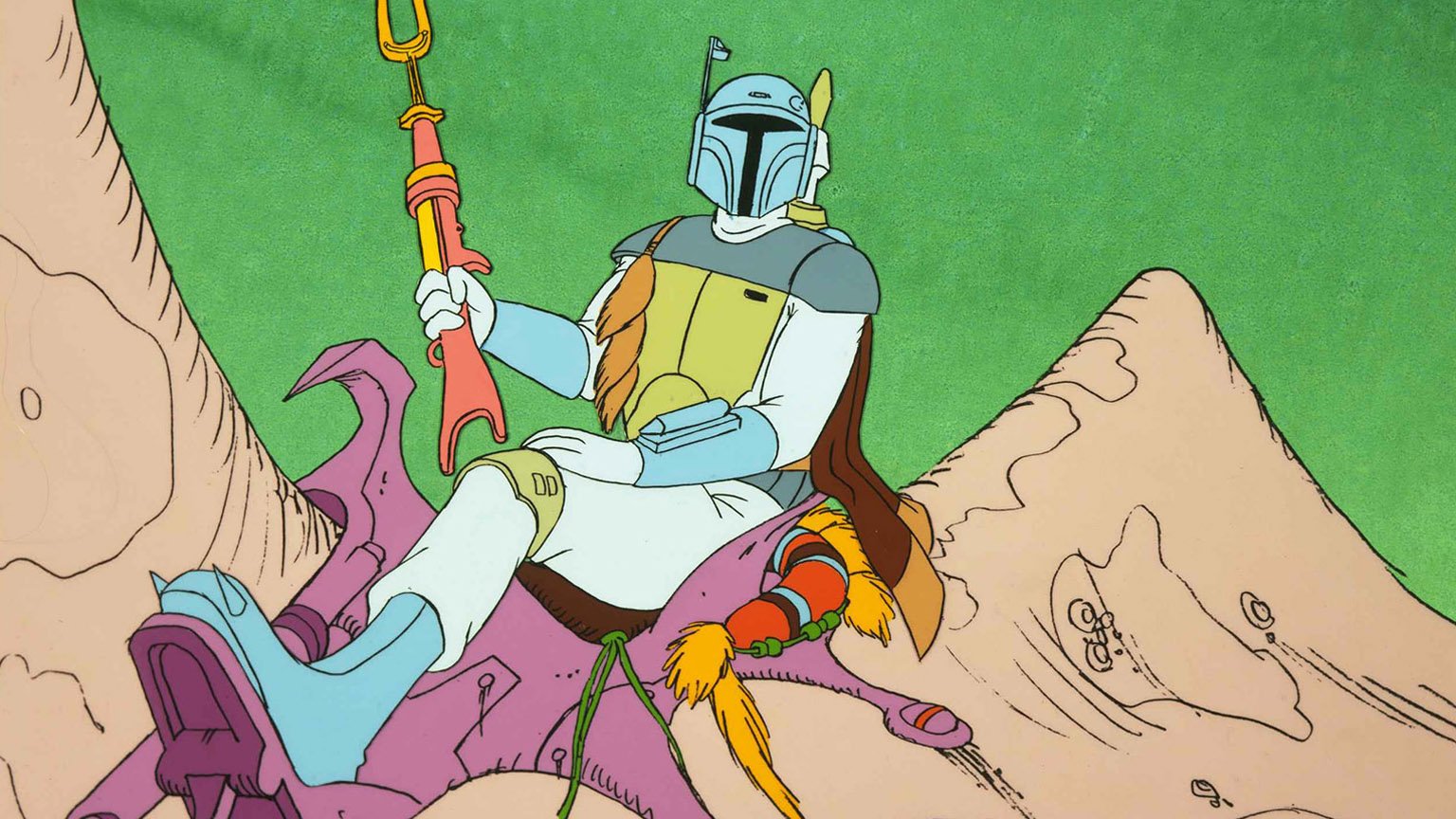 The awfulness of this special is evident early on, as it in fact begins with its worst moments. Showing Chewbacca’s family back at home as they nervously await his return, these creatures growl, grunt, and groan at each other for minutes and centuries on end, sans subtitles, immediately making this holiday special resemble watching a silent film in an insane asylum. These horrendous early moments also make up a HUGE amount of the rest of the special as the Imperial army invade this “serene” family home.

Amidst these gurgling monstrosities are a series of variety show sketches, most of which have absolutely no fucking relation to anything even remotely related to Star Wars in any kind of way whatsoever. Firstly is the circus act that the young Wookie watches, like an elongated version of the Dejarik board-game from the movie, though featuring extremely shitty and unimpressive circus performers, the shittiness accentuated by the turgid circus music. There’s also a bizarro cooking show that Mama Wookie watches (seemingly with increasing frustration), whose drag-star chef becomes increasingly ecstatic and disturbed as it goes on, one of four excruciating appearances by “comedian” Harvey Korman.

Diahanne Carroll shows up in a psychedelic segment, singing like a virtual ASMR girlfriend to Grandpa Wookie in his VR head-set – not a bad performance at all, but couldn’t be further away from being Star Wars. Harvey Korman appears again as a malfunctioning robot giving instructions for building a radio set (fun). And the dad-rock purple-lit performance from Jefferson Starship needs to stay in the late ‘70s where it belongs.

The whole misguided she-bang ends with something that clearly couldn’t have come from anywhere else but an ironically bad Adult Swim show taking the piss out of variety show ridiculousness. But, nope, this is real – this really happened, in all earnestness – Princess Leia is singing about fucking Life Day as Wookies in red robes walk across the universe and C-3PO laments about not being sentient. 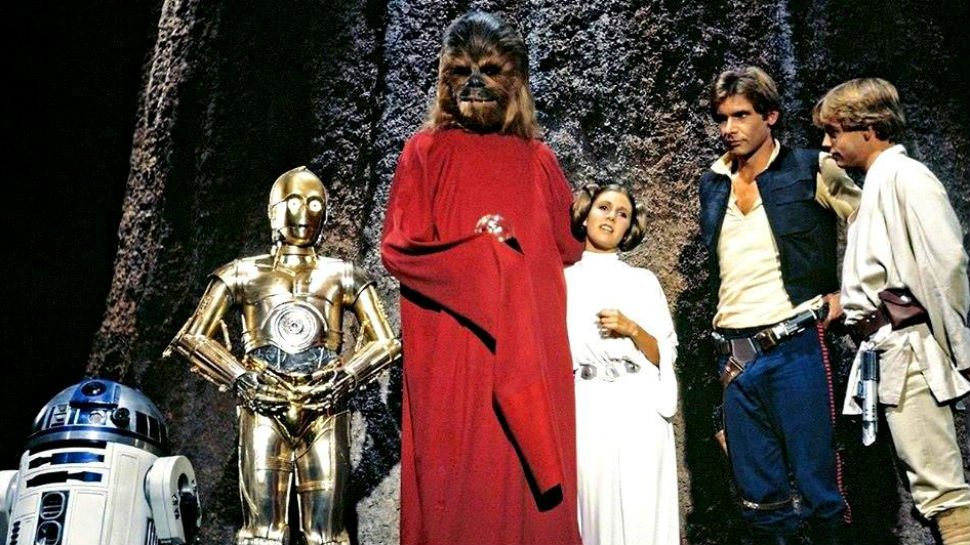 I watched this holiday special for the first time on its 40th anniversary recently. Me and my friends had previously attempted to watch it on a bad movie night, and although I was willing to stick with it, they weren’t and turned it off after the gruelling opening 20 minutes to put on something of vastly superior quality (like Samurai Cop).

But I subjugated myself to it in its entirety (sober, I might add) and there is certainly a sense of accomplishment for having done so. I wouldn’t go so far to say it’s a rite of passage for Star Wars fans, though maybe for terrible movie fans. Despite its awfulness, despite its outdatedness, despite its misguided craft, and despite its genuine tedium, to watch this fucked up curiosity is an experience nonetheless that needs to be seen to be believed (and it’s still better than Attack of the Clones).

How Satyajit Ray's Nayak Uncovers the Facade Behind Fame