Home»OTT»Netflix»Formula 1: Drive to Survive (Season 4) ‘Netflix’ Review: Goes Beyond The Track and Positions the Racers as Humans
Netflix/OTT/Reviews/TV

Formula 1: Drive to Survive (Season 4) ‘Netflix’ Review: Goes Beyond The Track and Positions the Racers as Humans

Formula 1 is largely seen as the playground of the rich who come and drive their cars around in circles with the fastest car propelling its driver to wins and titles. This has led many people to skip the sport altogether; Drive to Survive is the sport’s aim to dispel the notion. It goes beyond the track and positions the racers as regular humans. In partnership with Netflix, their actual aim is to draw in more and more viewers to F1. However, the events that they have to cover may lead many people to think the following:-

Formula 1 is the pro-wrestling of motorsports that seems too good to be true without a script. The other school of thought is that sports are the best form of reality TV.

The latest installment commenced and concluded beneath the lights in the gulf. Yes, F1 now has four circuits in gulf countries. While many expected Netflix to go overboard with the Max Verstappen vs Lewis Hamilton feud, they refrained from the temptation to make it so.

This may have disappointed many meme makers. However, that’s the way it is, as Netflix followed the template of the previous two seasons.

Season four sees the world championship picture take center stage, tail-ender struggles get air time and visibility, and a spotlight being put on the rookies. Well, by getting audiences to know more about the new kids on the block, the sport secures long-term fans and helps it survive in terms of viewership numbers. 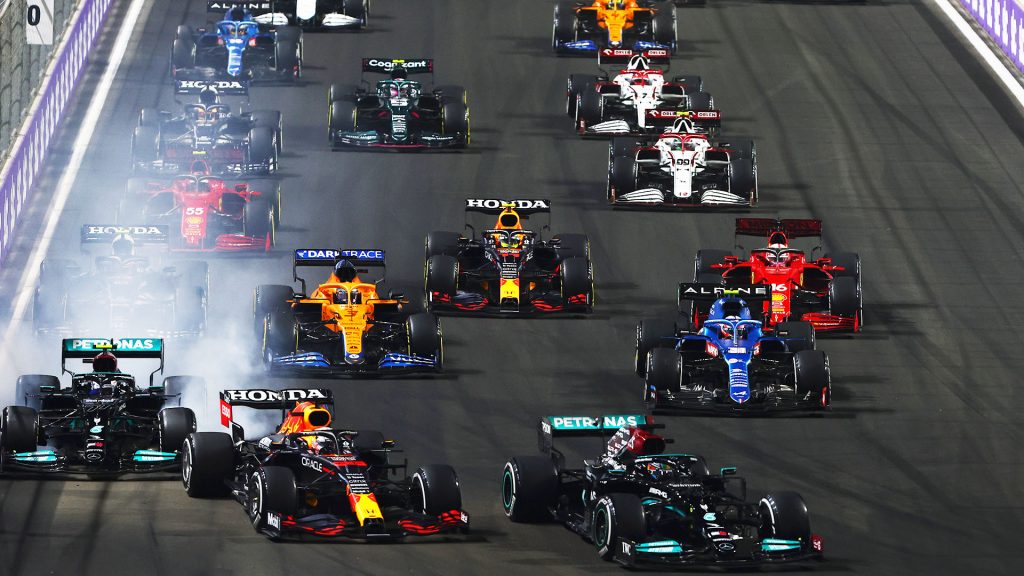 As usual, we get to see the racers when they are not behind helmets and in their racing overalls. The show focuses on their leisure activities, banter, their lives with their families, their breakfast, the hard talks away from the track, and the fact that it is a job. We also get to see drivers commenting on the season as it transpires and the unseen emotions (not the curses on the team radio), but the bitter disappointment in the paddock as they sit on their haunches, head in arms. They can’t show this self while the game is on as sportsman spirit must be on display, but behind the scenes, the masks come off.

Apart from the emotions, F1 fans get to see the unseen drama. The sport is more of a political and psychological game. As one character says-

“It’s not just about what’s going on on the track. It’s everything that happens off the track.”

The show’s content refutes the belief that racing is purely about racing. It’s about rules, regulations, arguments, psychological games and then if there’s something left after all that, then and only then, it’s up to the man in the cockpit to race to the finish. Why can’t sport be simple?

Drive to Survive answers that question as well.

Although Drive to Survive is four years old, it has still stuck to its aim to rope in newer viewers and treat the audience as though it has never watched the sport. Characters explain what a qualification session is. P.S. It is more than just driving fast to secure a fast time and a good spot on the grid. We also get an understanding of what makes a street circuit a whole different can of worms.

From a sporting perspective, Drive to Survive explored the expected angles such as the battle of the fallen giants, i.e. McLaren vs Ferrari. Furthermore, the internal team battle got touched upon as well, highlighting the competitive aspect of a workplace. We may see them as famous sportspersons, but the race tracks and cars are their offices and their jobs are in the line quite frequently.

Transfers and employer changes are usual, but it was good to see the streamer devote time to the same. While the racers may be multi-millionaires, the fact that they are also employees helped draw them closer to the audience. They must ‘Drive to Survive’ in the era of sponsorships, driver programs, and prestige; as a minor dip will blow the door wide open for the right fit to take over.

Netflix films Drive to Survive across the entire F1 season, but pieces it together only at the end. The edits and the direction is purely the reason behind thousands of hours of shot footage becoming a six-seven-hour 10-episode documentary series called Drive to Survive. There’s only so much that an editor and director can do to spice up a show and splice footage to add suspense and intrigue around something that we already know the results of.

They already had the suspense, but it was extremely good to see that they didn’t dilute the storyline of Lewis Hamilton and Mercedes complaining every step of the way. Presenting the facts as they are is the hallmark of a documentary.

After listening to some of his complaints, you could be forgiven for likening him to a child who wants to be allowed past. However, F1 isn’t meant to be a parade or a procession (except for the formation lap) and those responses made it to the final cut. Hence, disillusioned fans may see a ray of hope.

Related to Drive to Survive – Race: Bubba Wallace [2022] ‘Netflix’ Review: Series Provides a Microscopic View Into the Kaleidoscopic Life of an Athlete

They tried to present more facts to clean Hamilton’s image by having him praise his teammate. However, anyone could spot the selfish (a human thing) undertones. If Drive to Survive really wanted to explore that aspect, they missed out on Fernando Alonso and Esteban Ocon’s incredible effort at the Hungaroring. The latter’s moment gets time, but the makers omitted the former. That could have even impacted the primary storyline, as those points proved crucial in the end.

Alonso’s incredible defense prevented Hamilton from having enough laps to catch Ocon and he lost seven points, i.e. almost the exact number he fell short by at the end. Also, the Spaniard propelled his teammate to victory rather than using team orders to relegate Ocon to be the Robin to his Batman.

Purely for the enthusiasts? Well, producers aim every single show towards their enthusiasts.

Unfortunately, Drive to Survive Season 4 offers nothing new if you are an F1 enthusiast in the era of social media. You would know most of the happenings. It will appeal to those who stopped watching the processions towards the imminent annual Lewis Hamilton coronations but decided to return to the sport following the insane events of 2021. However, should these fans watch the 2022 season, they may agree with the first line of this paragraph after watching Drive to Survive Season 5.

As always, the biggest takeaway is that such a show would have sold like hot cakes in Michael Schumacher’s era as things were much more behind-the-scenes back then.

The Kashmir Files: Does Loud Propaganda Negate An Unfortunate Incident In History?

Formula 1: Drive to Survive (Season 4) ‘Netflix’ Review: Goes Beyond The Track and Positions the Racers as Humans