A simple story with what looks like an elementary conflict between the good and the evil. But, the thoughtfully meandering script is diffused with complex parallel narrations and backstories that we don’t have characters perfectly filling in the shoes of an protagonist & antagonist. 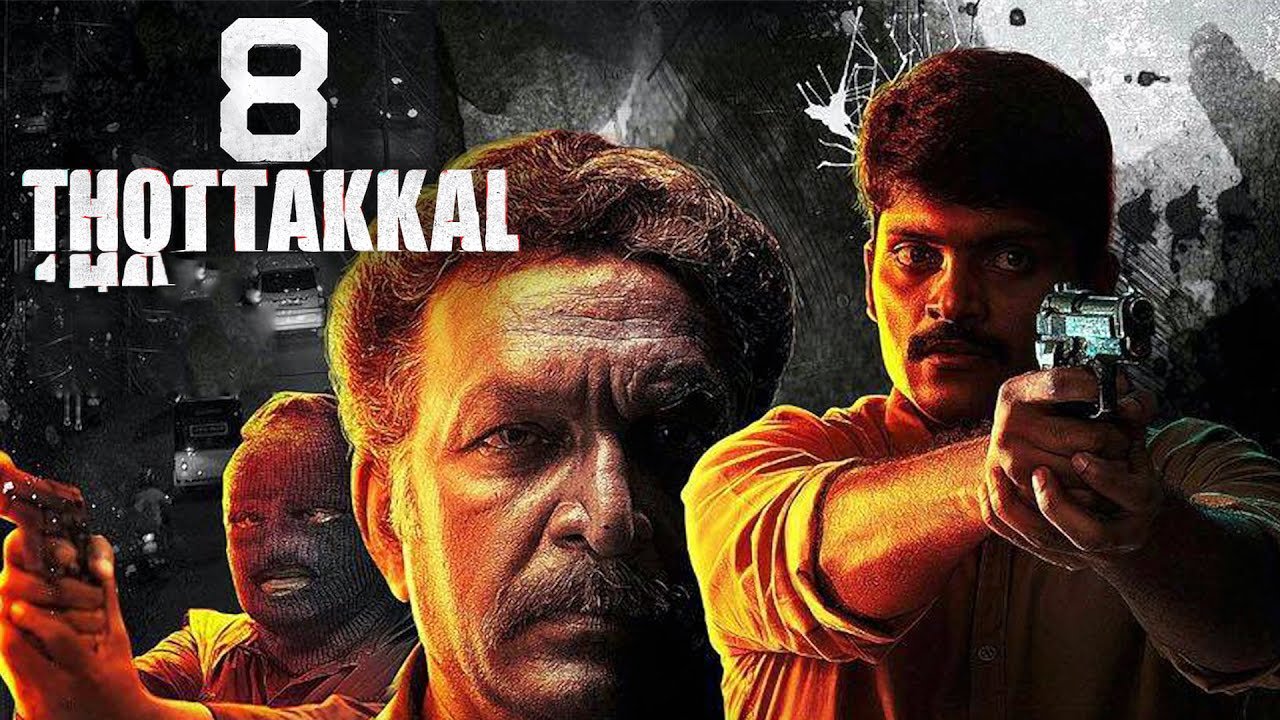 Mysskin is my favorite film-maker in the contemporary Tamil cinema. There are certain things that don’t work for me in his movies – for eg, the theatrical way of acting in some key sequences or the protracted scenes with overt symbolism. But his film-form always bestows us with brilliant, unforgettable moments, overflowing with powerful, humane emotions. His three films – Anjathe, Yuthem Sei, and Onayum Aattukuttiyum – involving cops and killers are much more than solving a central mystery. We get a broader exploration of the blurring boundaries between good and evil with characters often seeking to overcome their existential angst. Complex humanist themes are the foundation point of his narratives (not suspense). The directorial debut of 27 year old Sri Ganesh unmistakably follows similar formal & thematic path set forth by the director Mysskin (Mr. Ganesh worked as an assistant director for Mysskin). From getting inspired by Kurosawa’s movie (Stray Dog) to the rigorous (and bit flashy) film-form to the inclusion of weighty existential layers & heart-tugging background music, 8 Thottakkal (8 Bullets, 2017) makes good use of Mysskin’s better filmic ingredients.

Sathya, the rookie sub-inspector, loses his gun to a pick-pocket, while following a dangerous suspect. The gun, fully loaded with 8 bullets, ends up on the hands of a bank robber. A simple set-up with what looks like an elementary conflict between the good and the evil. But, the thoughtfully meandering script is diffused with complex parallel narrations and backstories that we don’t have characters perfectly filling in the shoes of an protagonist & antagonist. The veteran police officer Pandian, played by Mr. Nassar, calls Sathya ‘spineless good-hearted fellow’. Sathya wades through life in a near-catatonic state – partly because of the traumatic childhood (sent to juvenile prison for a crime he didn’t commit), and partly due to Mr. Vetrivel’s not-so-good acting range. Moorthy, the loving grandfather and the bank robber Moorthy (astounding performance from M.S. Bhaskar), who has accidentally shot a little girl during the robbery, is much more complex man than a regular villain. Despite the logical flaws, irrelevant songs, and a tiring final stretch, what fascinated me are the unique scenarios, where the cop and the murderer/thief exist on the same side, gradually pushed to the brink by a ruthless society.

For the most part, Sri Ganesh shows ample promise in the way he builds each character and in the meticulous execution. The motives of the three bank robbers are crisply written and I especially liked the apt placement of these three backstories. The recurring method of putting children in the harm’s way was an interesting aspect, as if saying that crimes don’t skirt around cute-looking children. The chief strength of 8 Thottakkal is its ability to make us immerse ourselves in its unforgiving world. The dialogues or conversations that would otherwise seem preachy in a poorly scripted or acted movie looks here as the organic method of expression. Nassar’s comment on ‘pain being the right method for reform’ or the superb monologue from M.S. Bhaskar aren’t annoyingly didactic because the characters are written and performed well so that the words seem to rise deep within their heart (another recent example is Logesh Kannagaraj’s Maanagaram).

8 Thottakkal would be largely unsatisfying for viewers expecting a tight police procedural. The why’s and who’s are revealed at an earlier point. The second-half fully transcends into a fine character study of the multi-faceted 57 year old robber Moorthy. Director Sri Ganesh simply teases us with thriller genre pull us into the muddled world of the so-called antagonist. So, the lengthy conversation-pieces become anchor points for the narrative. Moreover, the oft underestimated actor M.S. Bhaskar excels in these parts. The chance encounter between Sathya and Moorthy and the further exchange between them were brilliantly staged. Director Ganesh frames Bhaskar in the canteen sequence which alternatively makes him stand apart as well as one among the crowd of agonized souls (by employing good use of zoom in & outs). Although Moorthy’s actions have the essential cinematic touch, his reflection on the painful existence within the unrewarding system (familial as well as bureaucratic) was so moving and could be easily related by many of us. The audacious factor of the film is largely inefficient, do-gooder protagonist. As a man who has been wronged by the system, Sathya easily connects with Moorthy’s plight. And, it is his do-gooder quality that cracks upon the mystery rather than investigative skills. The final stand-off sequence, hence gains a symbolic importance. But the vengeful path Moorthy sets off in the later part of second-half is executed with theatricality, which nearly exhausts us.

8 Thottakkal (145 minutes) is yet another promising directorial debut from a young Tamil film-maker.  It works more as a well-crafted study of the meek and the honest individuals’ existential suffering than as a standard crime/thriller.