A Friend of the Family Episode 6 “Son of Perdition”: The previous episode of ‘A Friend of the Family’ shows Jan returning to her house and starting life without B. Over the years, the Brobergs try to stay away from the Berchtold family to not get caught up in the same web of deception again. However, psychopath B manages to lure Jan into his heart, just like before, and sways her mind against her parents to move with him to Wyoming. This tale of indoctrination gets creepier with every episode while making this true crime drama a deeper character study. Streaming on Peacock, it is certainly one of the better shows to have come out this year.

A Friend of the Family Episode 6 Recap:

The script for the 6th episode directed by Steven Piet is written by Nick Antosca and Alana B. Lytle. It follows the events right after where the previous episode leaves us. After not finding Jan (Mckenna Grace) at the airport, Mary Ann (Anna Paquin) goes to Bob’s (Colin Hanks) store to inform him that she left. She seems devastated by losing her daughter to B (Jake Lacy) yet again, and Bob seems determined to take strict action on this matter. Meanwhile, B welcomes Jan to Wyoming and they both look elated seeing one another. He takes her to the Family Fun Center, where he works, and makes her feel awfully special. She seems giddy by it as if she has met her long-lost lover who is treating her after their long distance.

B tells his son, working there, to prepare for her anything that she wants. He shows a smiling face, but it becomes pretty clear that he is missing out on the warmth from his father, which he wholeheartedly shares with Jan. Meanwhile, B learns about one of their employees have committed suicide yet does not seem to feel sorrow or pain for it. While he parades Jan around the store with joy and pride, he leaves his son with manual work from the store. Mary Ann and Bob manage to get on a call with Jan and try hard to persuade her to come back. She is adamant about staying in Wyoming with B of her volition.

The FBI officer (played by Austin Stowell) who worked on their case before, tells them the logistics of this time’s kidnapping. Since Jan went there by her choice, it is possible that she will run away again even if they manage to bring her back. Besides, he suggests a civil attorney named Mark Eamons who can help in intimidating B and his attorney. Meanwhile, in Wyoming, B keeps controlling Jan with his mind tricks and making her feel that she is his ‘significant one’ of him, and they were chosen as partners to work on their bigger goal. He even goes to the point of suggesting the need for their baby together. She gets teary-eyed listening to his frightening plea. However, his manipulation still has a big impact on her. During all of this, he keeps calling her – Dolly, which is probably the character he wants her to play for him.

B later brings her to meet an actress backstage after showing her the first show of her play. He tells this woman to teach Jan what she learned in Jan. The actress guides her in the process of filling the gap between who she is and the character she is playing – to be a better actor, by a method. This advice involves becoming the person she plays. She teaches this young girl, a mantra that is supposed to help her with getting better at acting. All of it sounds fishy since it is just another trick that B is trying to make her feel okay with playing a part that he wants, in the future. 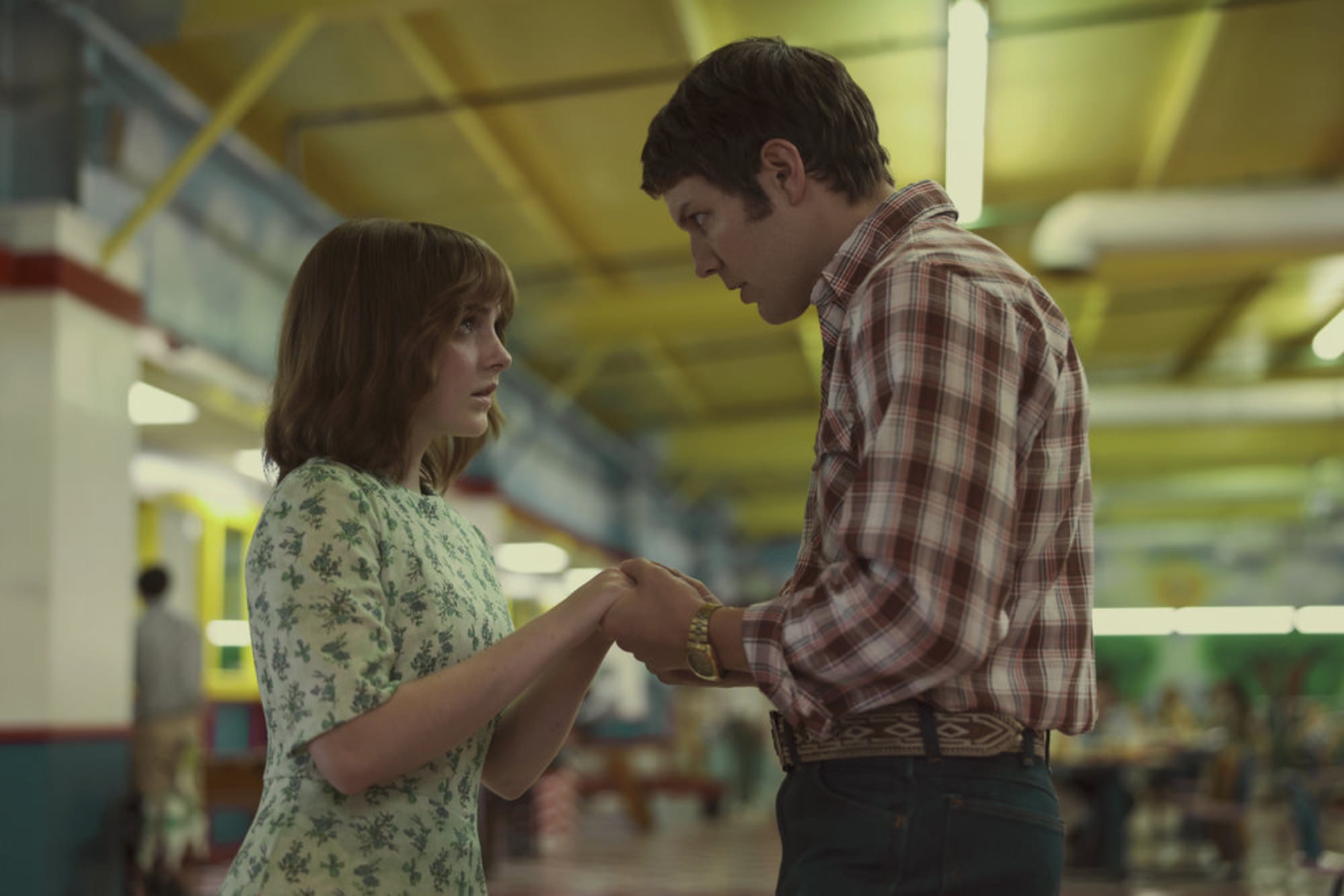 When Jan and he are creepily closer in this store, his brother – Joe (Philip Ettinger) shows up there and instantly gets embarrassed by what he sees. An adult man being that close to a girl in her mid-teens makes him awkward. There is displeasure in his further conversation with B, where it seems like he doesn’t want his brother to repeat his past mistakes. B still seems arrogantly self-assured about his relationship with Jan being all good and sane. Their mother drops by, who also gets smitten by Jan’s charm.

Meanwhile, B gets a call from his attorney – Mr. Horstmann, who tells him to drop Jan back at her home after the intimidating threat shared by Brobergs’ attorney. Despite his repeated attempts to persuade B to do so, he doesn’t pay heed to his request. The FBI official informs Brobergs that B is a pedophile, which is an uncurable condition, and that he shows signs of a psychopathic personality, which makes him not feel emotions like grief, pain, or remorse like a normal person. That makes them even more scared.

In Wyoming, Jan feels like she is at the top of the world due to how B treats her. It makes his son jealous and also alone, and he asks her if they can play together, later. B intervenes, stating his own plan with Jan, and doesn’t care about hurting his own son. Joe tries to make him feel good by offering to play with him. B, however, shows no signs of compassion or warmth and gives him a chore instead. Mr. Horstmann calls B yet again after this interaction and mentions the risk of getting sued by Jan’s parents and of being arrested. He casually mentions a possibility of his and Jan’s marriage that can stop them from doing so. While the claim in itself seems beyond ridiculous to the attorney, he mentions the logistics of needing her parents’ permission to do so.

B accepts his defeat for the time being and brings Jan, back in his car, to return her home. At the time, he plants a seed of jealousy for her towards her mother, noting how she is also attracted to him. He makes her feel immense anger towards her parents, who have nothing but the best intentions for her well-being. When B drops her off near Bob’s car, she sees a gun that brought, in case he needs to threaten the psychopath. She ridicules Bob saying how he doesn’t even know how to use it. The lack of fear in her demeanor, despite seeing the gun, makes her parents aware of how B is manipulating her into being as unhinged as him.

A Friend of the Family Episode 6 Ending, Explained:

Brobergs’ attorney suggests filing a case against B for taking their daughter away and possibly violating some laws. At home, while B is busy talking on the phone with someone, his wife – Gail (Lio Tipton) comes in and narrates the story of their first meeting – how charmed she was by him – how she couldn’t believe that he agreed to be with her. She also mentions their romantic detours. Despite her touching narration, he bluntly mentions getting a divorce and leaving the house. She bursts out crying but controls her emotion when their son comes in the room.

In the Brobergs’ home, Jan is furious that she is not getting to spend time with B the way she wants to. They have limited her exposure to the world, by the fear of losing her again. She is not allowed to go out without either of her parents, and this limitation on her freedom angers her. She expresses the same resentment toward Mary Ann and Bob gets angry at her for speaking with her mother in that tone. At night, while the parents go to bed, she disguises herself as a boy (the way she had done to cross borders with B) and manages to sneak out of their house. The grim thriller drama is building tension with extreme finesse with every coming episode.

Where to watch A Friend of the Family