Alienoid (2022) Movie Ending, Explained: Choi Dong-hoon’s latest sci-fi genre hybrid, Alienoid, is not perfect. Genre mashes are often challenging to execute, especially if they sport a high-concept science fiction concept at their core. However, Dong-hoon is no stranger to creating kinetic smörgåsbords; one has to look no further than his 2015 film, Assassination, which is a high-octane drama that manages to hold its ground despite varying narrative threads. Although Alienoid lacks the measured madness of Assassination, the film manages to make its insane premise work in all the right ways.

Alienoid establishes its premise from the get-go. A narrative voiceover informs the audience about the existence of aliens and how alien criminals have been using human bodies as unwilling hosts for millions of years. There are authorities in place for rectifying this situation, of course — an intergalactic prison guard and his sidekick work in tandem to extract the criminals and place them under arrest once more. The methods are messy and work mostly, but things get complicated when the duo decides to adopt a human baby from a past timeline and raise her in the future.

How complicated could this rather straightforward premise get? The answer is: extremely convoluted, often on the verge of being hard to follow. When things seem extremely haphazard, Dong-hoon swoops in and reveals a wild card up his sleeve. The payoff is massive, obviously, but he decides to end Alienoid on a major cliffhanger. The fates of the many protagonists hang by a delicate thread, and their arcs are nowhere near complete. It means that a potential second installment of the film will be on the way, making it a two-part extravaganza with twists worth watching out for.

Needless to say, there are MASSIVE SPOILERS ahead for Alienoid from this point on.

Despite the plot entirely revolving around the species, not much is revealed about the aliens. These mysterious beings simply exist and have access to uber-advanced technology, allowing them access to various timelines simultaneously. Time-space constructs do not apply to them, as the past and the future timelines exist parallelly, often defying science-based logic and foundational sci-fi ideas. Logic isn’t a strong forte for Alienoid; it is a wild ride that is meant to be experienced. 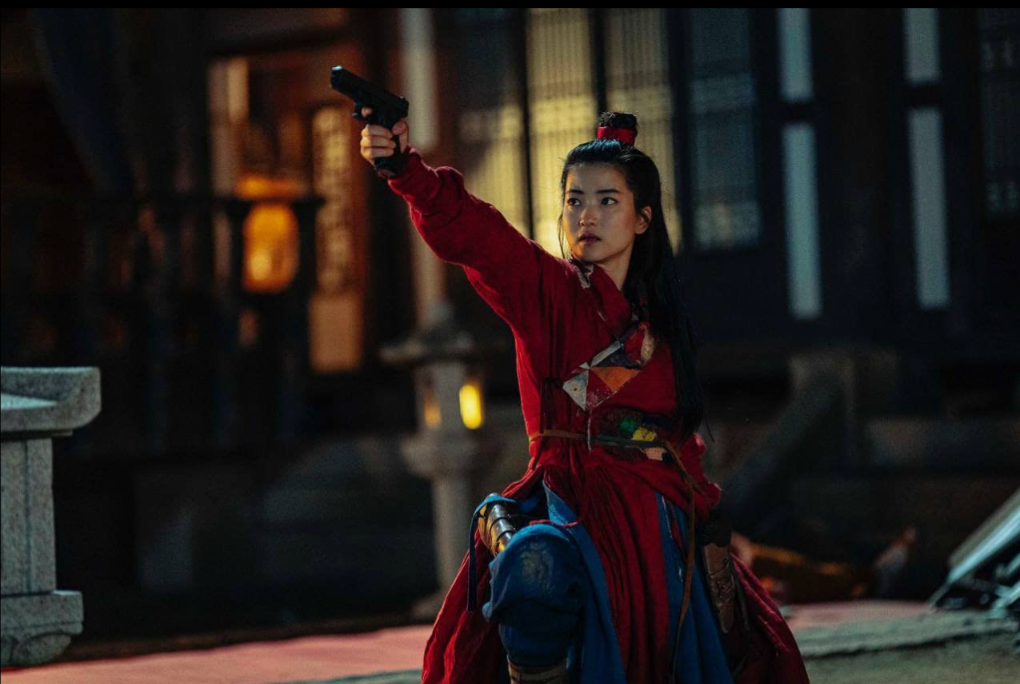 Sometime in 2012, alien Guard (Kim Woo-bin) and his robot companion Thunder (also played by Woo-bin, but voiced by Kim Dae-Myung), extract a rogue criminal from a human woman by traveling to the year 1391. After discovering that the now-dead woman has a baby, Thunder decides to keep her and name her Ean (Choi Yu-ri). Guard and Thunder bring her back to the 2012 timeline, and the latter maintains the stoic mirage of adopting the child to know more about the human race. Ean grows up extremely plucky and smart and can quickly figure out the truth, forcing her dads to explain the truth to her.

The timeline switches to 1391, wherein a bounty hunter named Muruk (Ryu-Jun-yeol) is in search of an artifact called the Divine Blade. Muruk is adept at martial arts and the curious use of Dosa, an Airbender-esque magical martial arts form, which allows him to literally sweep people off their feet with specific hand motions. His weapons include an enchanted fan, from which his sidekicks (who are also cat people!) can emerge and help him out in his missions.

Meanwhile, local masked shaman Jajang (Kim Eui-sung) and his alien accomplice (Ji Gun-woo) enlist the aid of the mages of Samgaksan to the Divine Blade. Muruk and his hilarious bounty-hunting shenanigans (which often lead to extremely messy situations) stall their plans in many ways, while his encounter with a mysterious woman, Lee Ahn (Kim Tae-ri) unravels the storyline of the future. I know there are too many characters running around in various timelines, and together, they concoct a frustrating mystery of massive scope, which is very enjoyable, despite its drawbacks.

WHAT HAPPENS IN THE FUTURE, AND HOW IS IT CONNECTED TO THE PAST?

One solid link between the future (2022) and the Goryeo Dynasty (1391) timelines is Yiah, as she was born in the past and is brought up in the future. Yiah’s inquisitive nature propels her to find out more about her dads: she immediately understands that they are aliens and asks them incessant questions about their true nature. While Guard is pretty vague about it, Thunder is more open to filling Yiah in with their origin and history, and he lets it slip that something is about to happen in a nearby hospital. Yiah arrives there, mobile in hand, and ends up recording Guard trapping escaped convicts in human bodies so that he can extract them later.

However, some of the prisoners had been part of a revolution back on their home planet. One of the renegade robots, yearning for freedom, activates the “Controller” inside detective Moon Do-Seok (So-Ji sub). The Controller was the leader of the said revolution. His activation meant the end of planet Earth as we know it, as he intended to release a toxic substance named Havaa into the atmosphere. Guard and Thunder attempt their best to capture Controller and his minions, but it is too late. Two doses of Havaa are released, leading to the deaths of many. 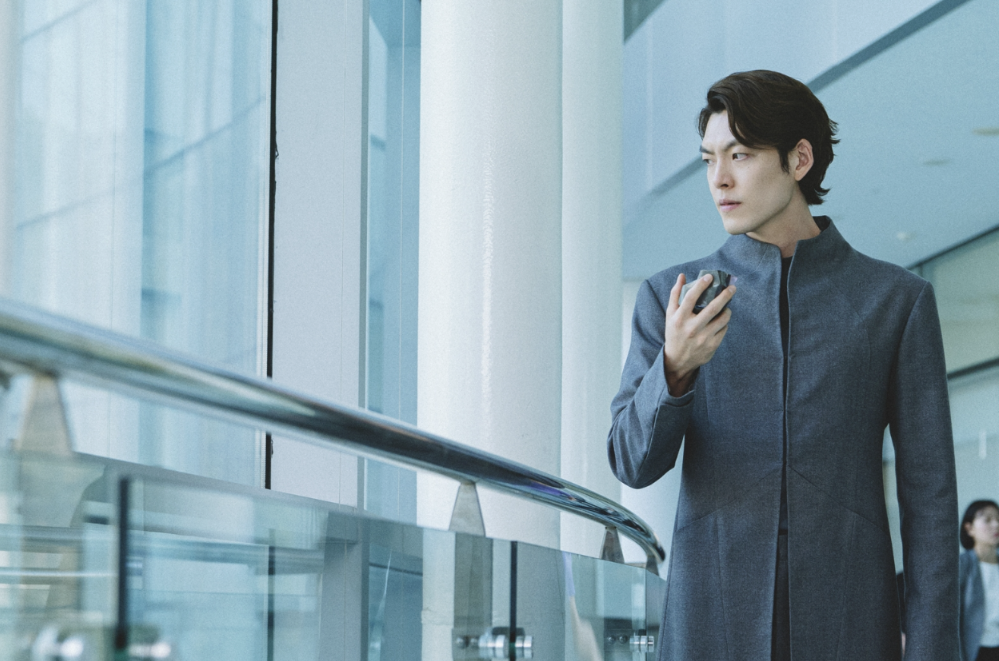 To prevent the release of more toxic material, Guard and Thunder (alongside Yiah) try to stop the aliens from doing so. There are fight sequences that echo the Chitauri invasion in Avengers, while the manner of fighting evoked is inspired by many Hollywood blockbusters. Yiah’s presence creates an anomaly, and the portal between the 14th and 21st centuries opens, transporting Guard, Thunder, Yiah, and Controller into the past. As the Divine Blade is the key to switching in and out of bodies and is key to freedom, all characters are driven to acquire it for various ends.

WHO IS LEE AHN, AND WHY IS SHE AFTER THE DIVINE BLADE?

In his effort to steal one of the alien blades from the shaman, Muruk impersonates a groom and gets married to a stranger just to be able to infiltrate the building later on. However, he soon learns that his “bride” is also an imposter — she’s none other than Lee Ahn, a mysterious woman who carried a pistol in the 14th century. Although they are mistrustful of one another, Muruk believes they have met before and ended up inadvertently helping one another in the convoluted scheme of things.

Lee Ahn also wants the divine blade, and it is later revealed that she is none other than a grown-up Ean, who is now stuck in the past and needs the blade to save lives in the future. When traveling from the future, her backpack was filled with many bullets and a gun, and she had traveled to the past with the blade in hand. However, as she landed underwater, she lost the blade in the process and has been looking for it ever since.

After gaining consciousness, a young Ean encountered a young Muruk, who helped retrieve her backpack from underwater and stayed with her on the beach for some time after she got separated from Guard and Thunder. Hearing something stir in the bushes, a young Muruk had left Ean behind to investigate. In the penultimate moments of the film, it is revealed that the Controller had found his way to Muruk, and jumped onto his body to survive.

ARE GUARD AND THUNDER ALIVE?

The cliffhanger in Alienoid is massive. The alien renegades in the 14th century, who currently possess human bodies, stab Muruk with their tentacles and dump him in the river. For some reason, Muruk is resurrected, which triggers a suppressed memory of the Controller moving towards him when he was a child. While this hints at the fact that the Controller jumped onto Muruk and is hiding in his body, why is the alien aspect of Muruk dormant? 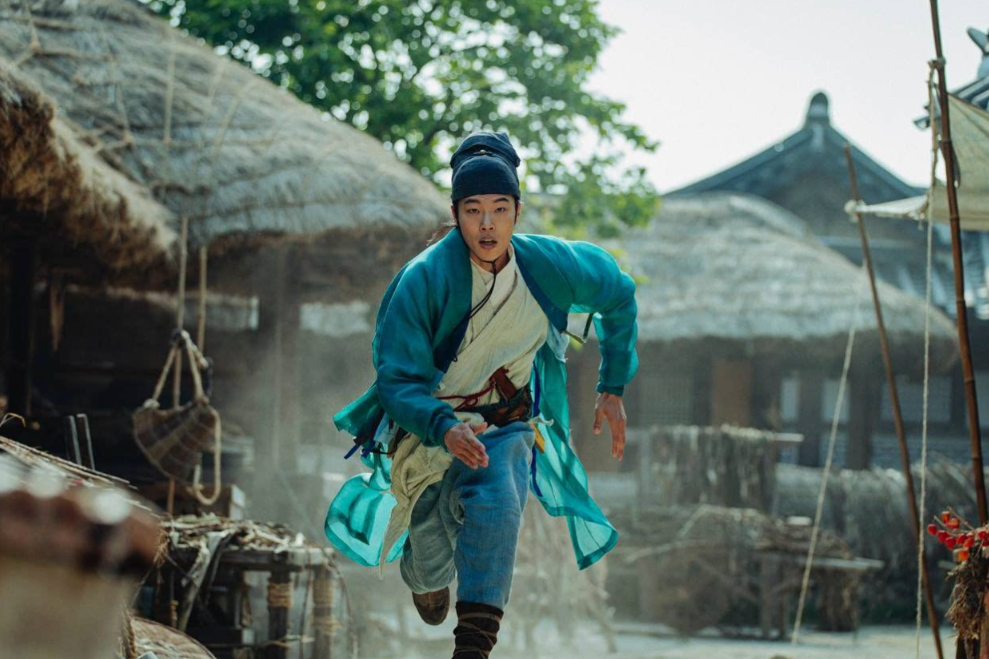 Throughout the film, we see Muruk getting flashbacks and headaches, but at no point does he act out or lose control of himself. In fact, at one point, one of the alien renegades says that there’s “something” inside him. If it were their leader, wouldn’t they recognize him immediately? Despite the possible fakeout shot of the Controller reaching for a young Muruk, it is possible that the leader did not body jump into him at all, but someone else did. Let me explain.

When the folks from the future crash land in the past, Guard and Controller are engaged in a tense fight. Both of them are tired, and Guard’s battery reserves are at a mere 8%. Thunder takes his robot form and tries to help out but is shot down and injured, unable to do much. Is it possible that Guard was able to jump inside Controller somehow? Or did Guard intervene when Controller approached Muruk and resided inside the boy ever since? It would explain the passive nature of the alien presence. If it were indeed the Controller, Muruk would have exhibited appropriate symptoms of inadvertent villainy by now.

Also, where is Thunder? The tiny robot droid can take many forms and possibly have survived the ordeal in one way or another. Nevertheless, a lot needs to be unpacked in Alienoid 2, as the characters need to reach their endpoints pretty soon. Right now, they are nowhere near the finish line, as the hunt has just begun.

Where to watch Alienoid