Blue Velvet is surreal cinema at its most lovely. It's like a step away from reality, like a dream inside a dream. It's like being tethered to a pervert's enthralling vision which is piercingly and shockingly beautiful.

You either get David Lynch or you don’t. You either buy his sense of surreal or you shy away. There has rarely been a middle ground when it comes to his works over the past decades. You either embrace them while showering glories or detest them in the names of being abnormal and cynical. But such are the powers of his dark and twisted creations that they can never be ignored. Blue Velvet (1986) is surreal cinema at its most lovely.

Mystic threads lay loose in the lonely bars, streets smelling of rotten violence and sliced ears to shrouded plays of twisted desires – the randomness of darkness in man’s heart never ceases to amaze. It’s like a step away from reality, like a dream inside a dream. It’s like being tethered to a pervert’s enthralling vision which is piercingly and shockingly beautiful.

Lynch takes a wild swing at the vicious underbelly of American suburb and hits it out of the park. Following over a lead for severed ear found in the middle of a shack behind his neighborhood, a young and handsome Jeffrey (Kyle MacLachlan) takes a hallucinating trip down the criminal lay-lines fueled with drugs, obsessions, asthma, velvet, crooning, cigarettes, murder and sadomasochism. 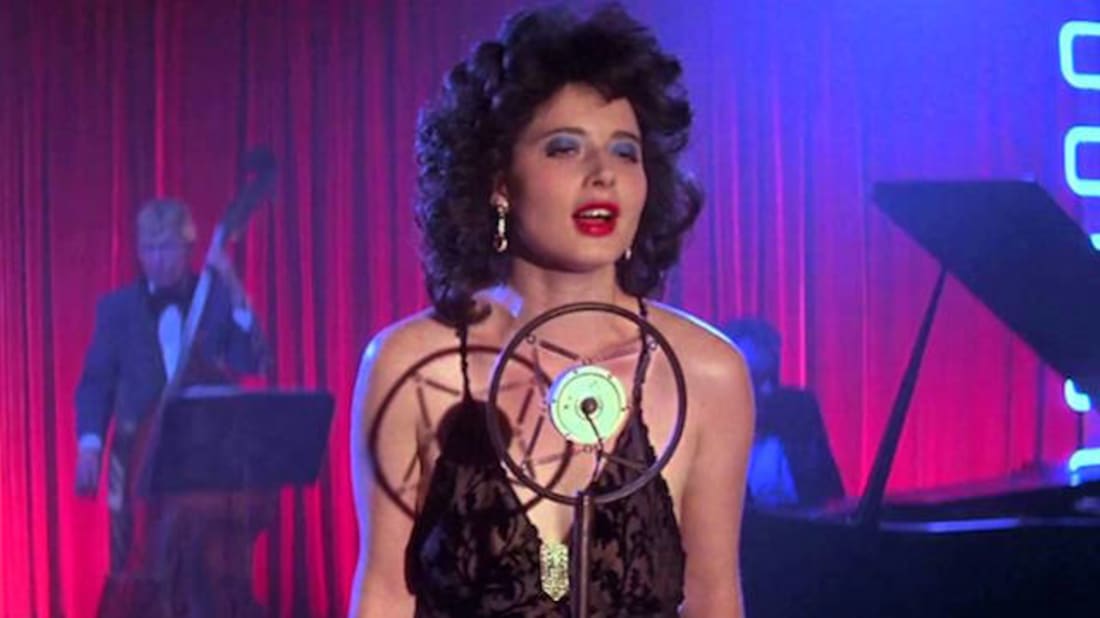 With a dash of hypnotism and savagely haunting background score of Angelo Badalamenti , Lynch showers the narrative with numerous symbolism that glows in multiple viewings. The cleaved ear being a literal ear to the darker side of the suburban city, the slimy bugs wrecking havoc on the other side of greener grasses, Jeffrey being a milder shadow of sinister Frank, the Freudian complex assuming it was all a mere dream and exiting with robins eating bugs.

Blue Velvet confounds as much as it pleases. It repels with its incredibly dense and thick mix of a storytelling and then softly whispers us to come back into its velvet embrace. Perfectly lit, marvelously lush and gorgeously seductive, David Lynch suffuses enough cinematic wonders in Blue Velvet that it feels like an aromatic love letter to the movie aficionados. Watch and fall in love all over again, with the magic of cinema!