‘Border’ is a thought-provoking and equally potent allegorical drama that examines the most pertinent question on how and where you draw the line for different race and caste people who find themselves misfit in the non-indigenous community. As strange as others perceive those misfits in their society, the daunting feeling of displacement often makes a person more aware or push them on the edge of madness. Border tackles both the conundrums and examines the moral inclination of a character upon realisation of individual’s origin.

‘Border’ is an unnerving and tender romantic drama about a strange looking woman who could sniffle the emotions on you. Subversive and restrained in its narration, the film strikes a right balance between social realism and personal conflicts.

Iranian born Swedish film-maker, Ali Abbasi adapts a short story by ‘Let the Right One In’ author John Ajvide Lindqvist. Ali Abbasi combines fantasy genre with a grim crime drama that has a dark underbelly, simmering with introspective ideas. Taking inspiration from his compelling personal journey who spent 20 years in Iran and moved to Sweden, Border finds our lead protagonist, Tina (Eva Melander), in a similar situation who is hardly accepted in the society due to facial disfiguration that separates her from normal and considered as an outsider. She works as a security guard at a Swedish port. She smells the guilt of carrying illegal items in the country on the traveller. She gets it right, always. 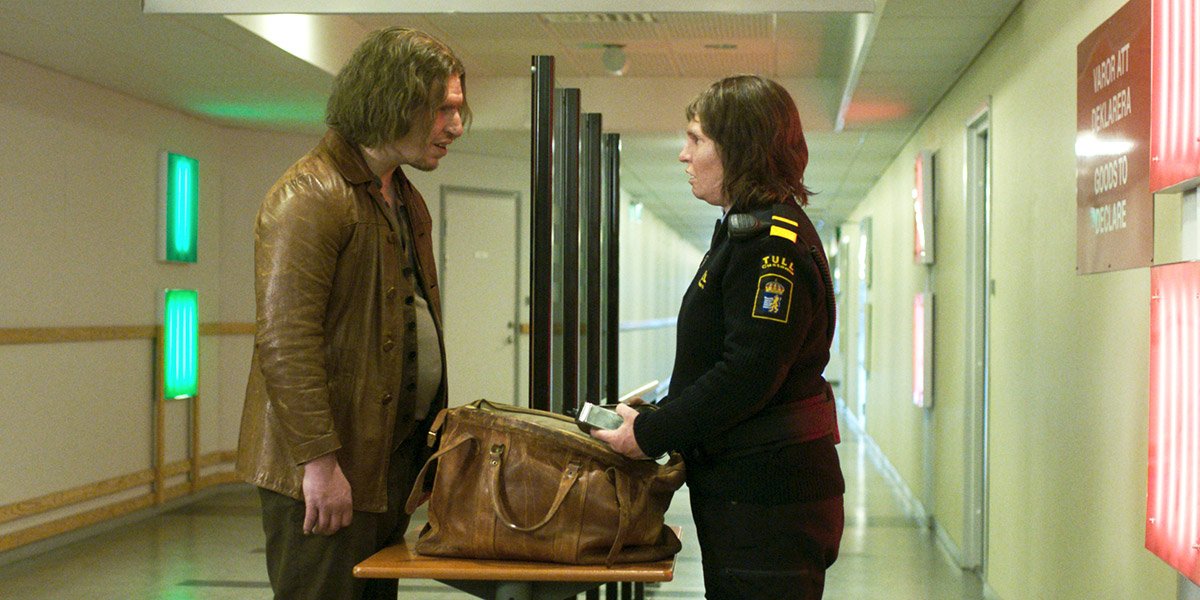 Her appearance has left her bullied throughout the life, costed her to outcast from the society. The only meaningful relationship is with her senile father who is struggling with dementia. The Nordic melancholy brings Tina closer to nature. She finds shelter in an isolated house in the middle of nature, surrounded by lush green grass and deciduous forests inhabited by animals. She lives with her boyfriend who loves canines more than her.

Tina’s life turns upside down when a man, Vore (Eero Milonoff) – similar in appearance to her – crosses the border. Their first confrontation is fascinating and intriguing. Tina stands and stares at Vore in bewilderment. She sniffs. Perhaps for the first time, she is uncertain of the emotional impulse on a human. She curls her lips and growls. She is still unsure. She is perplexed that escalates to agitation. The scene is electrifying to say least. It is layered with an emotional gravitas and inwardly impulses that is unknown to Tina. A kind of a tenderness she has never felt before.

Soon she finds herself on a supernatural journey leading to the truth about her origin that changes the course of her life. She gets to taste the fleeting emotions of love that later puts her in a moral conundrum. Ali Abbasi doesn’t try to appease Tina’s moral and personal conflict giving her easy redemption, rather he let Tina earns her liberation by giving her a choice. Though the choice she makes is predictable, and may not work for all, the subtext it carries is thought-provoking. What difference does it make to be the Other and is revenge the only answer for ill-treatment?

Ali grounds the film in the realm of social-realism even though the latter portion of the film nurtures in Scandinavian mythology. Ali makes sure that superhuman characters don’t outgrow the humane narrative of a lonely and alienated woman trying to find her place in society. The only reason Ali could achieve such believability of the characters is on the strength of its two lead performances who display the spectrum of emotions with their little twitch in eyes or curl lips.

‘BORDER’ WAS SCREENED AT THE 20TH JIO MAMI MUMBAI FILM FESTIVAL WITH STAR.
CLICK HERE FOR OUR COMPLETE MAMI COVERAGE.