Read other entries in this series: The Pawnbroker, Fail-Safe, The Hill, The Anderson Tapes, The Offence, Equus 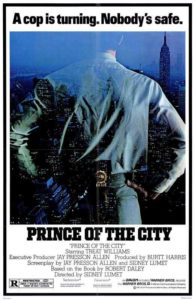 After such a stellar and groundbreaking run in the ‘70s, Lumet began to lower gears throughout the next three decades. His first big film of the ‘80s, Prince of the City, is a highly involved, impressive, and large film dealing with a familiar Lumet topic: the investigation of double-crossing NYC cops. But unfortunately, the signs of wear and tear in his filmography are glimpsed at, that would soon increase throughout the rest of his career, with these late films of his throughout the ‘80s, ‘90s, and ‘00s so far away in quality from his finest work of the ‘50s, ‘60s, and ‘70s.

But Prince of the City offers up plenty of promise throughout its lengthy run-time. This vast film is anchored by leading man Treat Williams, who plays Detective Danny Ciello working in narcotics, a crooked cop who makes shady compromises with New York’s thugs. However, he is placed on a special assignment to expose the corruption in his squad. He reluctantly accepts, but gradually finds out the dangers this case will be from the criminals and his fellow officers of the law.

The lengthy run-time of 167 minutes is made up of episodic and detailed plot-lines, that seem to predate the similar plotting of the early ‘00s crime shows such as The Wire, The Sopranos, and The Shield. Of course, Prince of the City hasn’t accrued as much praise as those classic TV shows and the reason may be is, despite being a one-piece film, it feels piecemeal at most times. 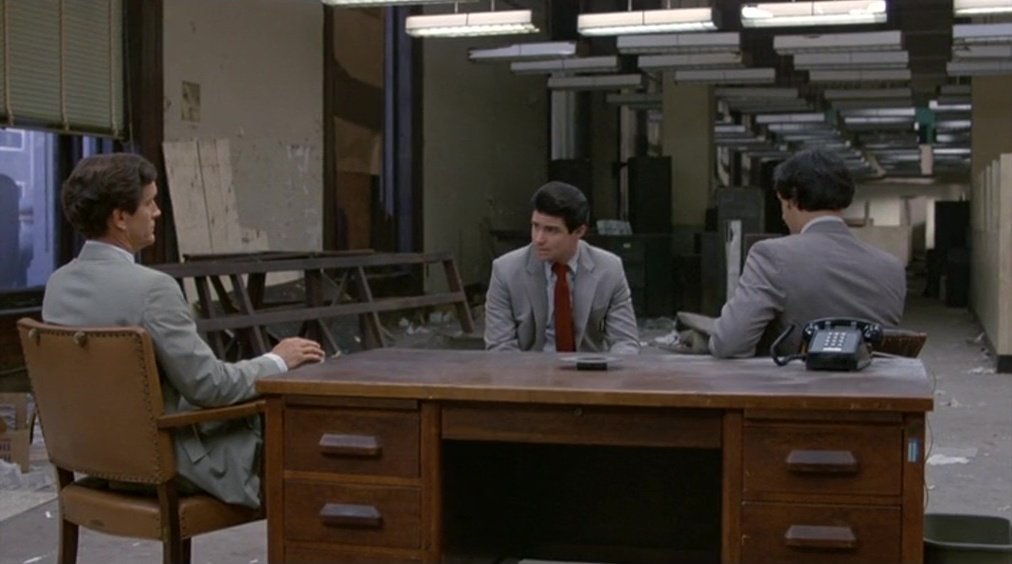 Individual sequences and segments impress me, mostly the early scenes setting up Danny’s place in the police-force and the crime world, but they don’t quite build up the needed momentum. Even though there’s supposed to be a sense of a case being built up and mounting tension upon Danny, the film just feels too bulky to achieve this, especially when it gets distracted and diverts into moments that pull away from this focus.

Williams does quite a fine job at holding the immense weight of this film on himself, particularly as he runs through the mounting tension put upon his character in this ever-tightening predicament. It’s not quite the sort of perfect performance that Lumet has yielded from actors who could’ve played the role, such as Sean Connery or Al Pacino, but despite some over-performing during the more anxious moments for Danny, Williams fits in rather well as the brass cop who seems just that bit more boyish and unexperienced as his fellow partners, evoking Robert De Niro for his barely contained facade of assuredness and James Woods for his outwardly nervous breakdowns.

Lumet has never been known for making the most cinematic-looking films, even when the medium was getting more aesthetically adventurous throughout the New Hollywood movement of the ‘70s. But he’d still instil some cinematic sense into most his most regarded films, at times utilising a variety of wondrous camera movements, compelling long shots, riveting editing, slo-mo effects, and utilising the cinematic form to build up tension across its run-time to an explosively dramatic climax, that all usually added necessary stylistic punctuation to his general grounded nature. 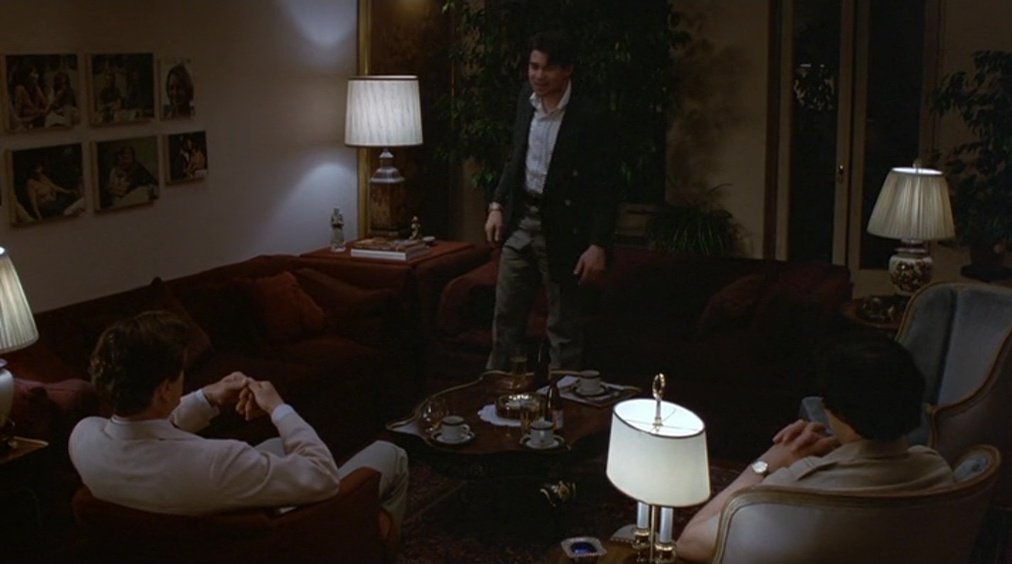 Prince of the City doesn’t quite have much of that and comes across as more televisual. It’s grounded hard into the pavement of New York City, the filmic techniques never drawing much attention to themselves, despite some oftentimes impressive colour palettes and appropriately punchy cuts in the editing.

At this stage in his career, where his best films (already considered classics) were only just behind him, the hard-working, prolific, film-a-year Lumet didn’t seem too keen on culling away much from this expansive crime drama that would feel more epic if it was less long.

Girl in the Picture (2022) Netflix Review: Netflix’s true-crime documentary about a girl with multiple names is never less than shocking

Hello, Goodbye, and Everything in Between (2022) Review: Easy Breezy Teen Romance, Nothing We’ve Never Seen Before