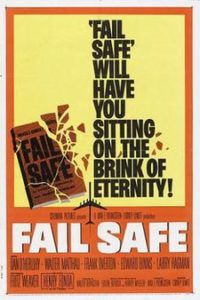 Sidney Lumet is rather well known for not pulling any punches with his films, which often ventured into (and concluded) on monstrously dark notions. It’s a classic staple of the burgeoning New Hollywood Movement that was in its proto stages throughout the ‘60s, which presented more hard-going and harder to digest themes and emotions than previous generations of films, rivalling the gloominess of the film noirs of the ‘40s. Lumet took this storytelling mood to the extreme and played into the deepest of fears for the Western world at the time.

At the height of the nuclear arms fear sweeping the United States (and many other Western countries) in the early ‘60s, two films revolving around nuclear catastrophe were made by two of America’s pioneering filmmakers, both produced by Columbia Pictures, and both released in 1964. One of them, as we all probably know and love, was Dr Strangelove, Stanley Kubrick’s bitter satire that would start an unbroken chain of masterpieces to emerge from the grandiose filmmaker up til his death.

The other film, made by the more prolific Sidney Lumet, was a far less comically exploratory and a much more procedural account of the activities within the United States’ “war room”, following their hefty and hesitant cooperation with Russia to put a halt to an incoming nuclear disaster.

The storyline that interweaves all the mistakes, short-sightedness, and drastic compromises (from both the United States and Russia) is astonishingly crafted and economically presented – no extraneous time is used when presenting how these two nations finds themselves suddenly on the brink of nuclear war, this is a procedural thriller-drama, featuring focused and determined acting from the likes of Henry Fonda (as the apprehensively persistent US president) and Walter Matthau (as the more stoic and brute-minded Pentagon advisor Professor Groeteschele), that hones in on the most dramatic of all fears (total annihilation) in a wholly realistic manner.

This is a lean drama-thriller, restricted to the confines of the Pentagon and a single plane on a drastic mission (similarly to Dr Strangelove) that builds up intensity and anxiety consistently up to its logical climax. Although it starts off with a surreal nightmare by Brigadier General Warren Black (Dan O’Herlihy) and then leads to a very formal and pedestrian scene of him with his wife, it becomes clear at the film’s end how impactful these small initial moments are in the overall context.

Fail-Safe is a startling film that effortlessly demands your attention. Once you’ve seen it, you won’t be able to shake it out of your mind. This is strengthened by the right amount of cinematic flair that doesn’t overdo itself or lower itself down to TV-movie level. Lumet sparingly and appropriately uses fraught close-ups, haunting chiaroscuro lighting, and whip-pans to instil a sense of urgency and overbearing dramatic tension. Also, the variety in quick cuts and lengthy shots suggest Lumet’s God-like control over holding suspense and releasing its gut-punch. In terms of creating a dread-filled atmosphere through the gloomiest of stories, this is one of his most palatable and important films. 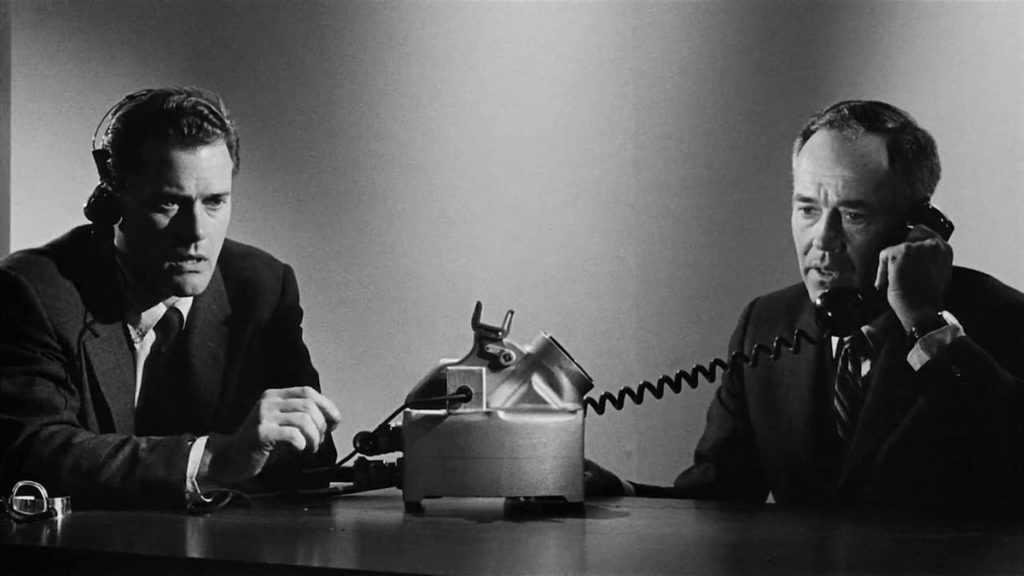 Fail-Safe was adapted from the 1962 novel of the same name, which featured a similar premise to the 1958 novel ‘Red Alert’, which Kubrick later adapted into Dr Strangelove (though he changed it into a comical satire in the adaptation). ‘Fail-Safe’ was met with legal controversy as its authors were sued by the author of ‘Red Alert’, though the case was settled out of court. Even Kubrick got in on the action, filing his own lawsuit against Fail-Safe’s production for similarities (since he owned the copyright for ‘Red Alert’) and halted their principal photography, an effort to make sure Lumet’s film wasn’t released first – which worked, and perhaps what caused Fail-Safe’s poor box office.

Perhaps it would’ve been better for both films if the straight-faced drama had been released before the goofy satire. But both films are such essential works commenting on this specific fear in this specific time. They are the sock and buskin of the fear of nuclear devastation. They both take two different angles on very similar subjects. Although Dr Strangelove is widely known and loved, for good reason, as too should Fail-Safe, which is very much deserving of a reappraisal as it is as remarkable and as timeless (and arguably better).

Fail-Safe has never really gotten the credit it deserved, though a live-TV reworking of it was made in 2002, making this one of the very last live TV productions ever (which nicely circles back to Lumet, who worked on a few live TV productions in his highly prolific television days).

Nuclear arms fear, at least in the film world, reached another height in the early ‘80s when ABC released the TV-movie, The Day After (1983), a rather harrowing and uncompromising vision of a nuclear bomb hitting an urban city – however, they were trumped by the BBC’s TV-movie, Threads (1984), which was an even more harrowing and uncompromising vision.

Whilst those two films dealt with how the ordinary citizen may experience the dreaded bomb going off in their home-city and dealing with the apocalyptic consequences, Fail-Safe reserves itself almost entirely within interior settings as intelligence and military services work diligently and anxiously to stop a misunderstanding from becoming genocidal (or omnicidal).

Although it’s been nearly thirty years since the Cold War subsided and threats of a nuclear war have been thin since then, it does seem they have been resurrected by the likes of Donald Trump and Korean leader Kim Jong-Un, though there seems there’s far less substance for their reasonings to resorting to this cataclysm and hopefully it never goes beyond more than mere chest-beating. Whether we all get clouded in nuclear fallout or not, Fail-Safe ought to be reassessed as one of the most astonishing Cold War-related films that resonates and thrills to this day.